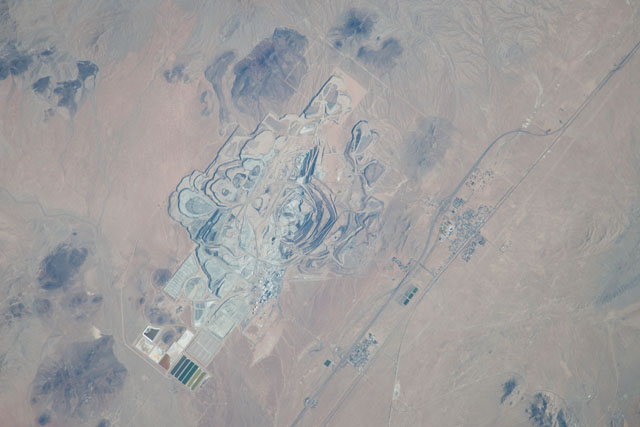 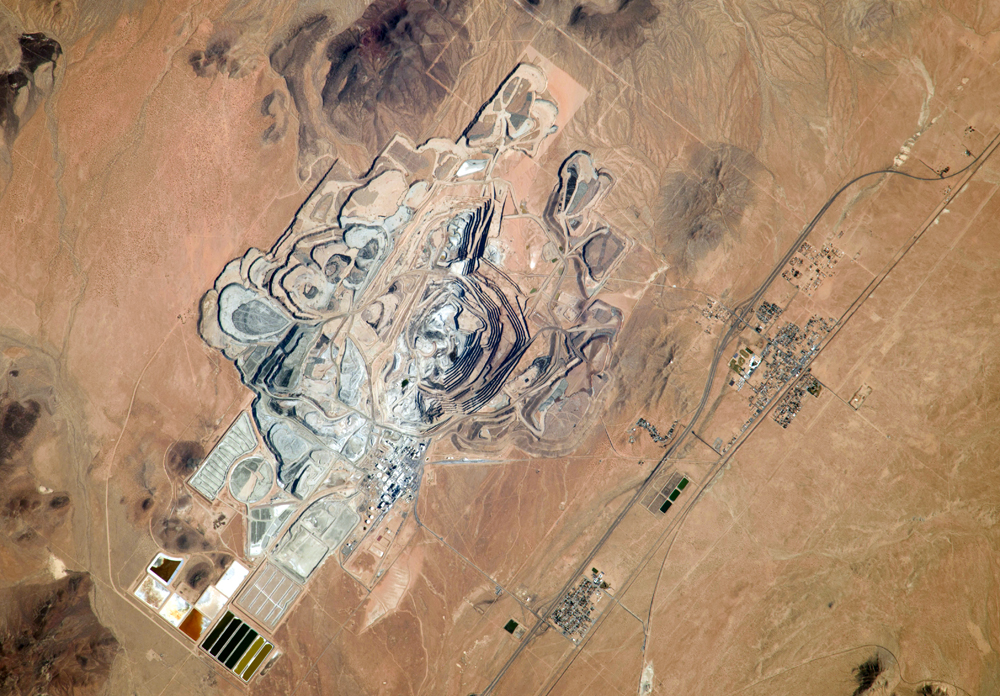 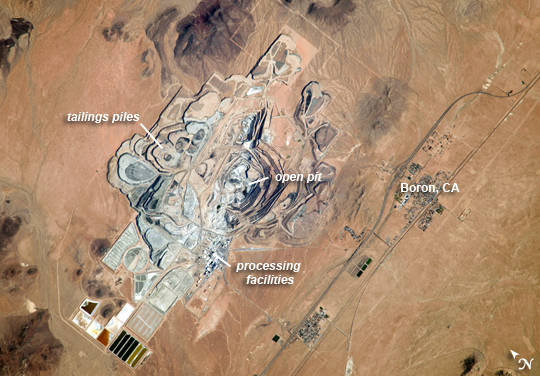 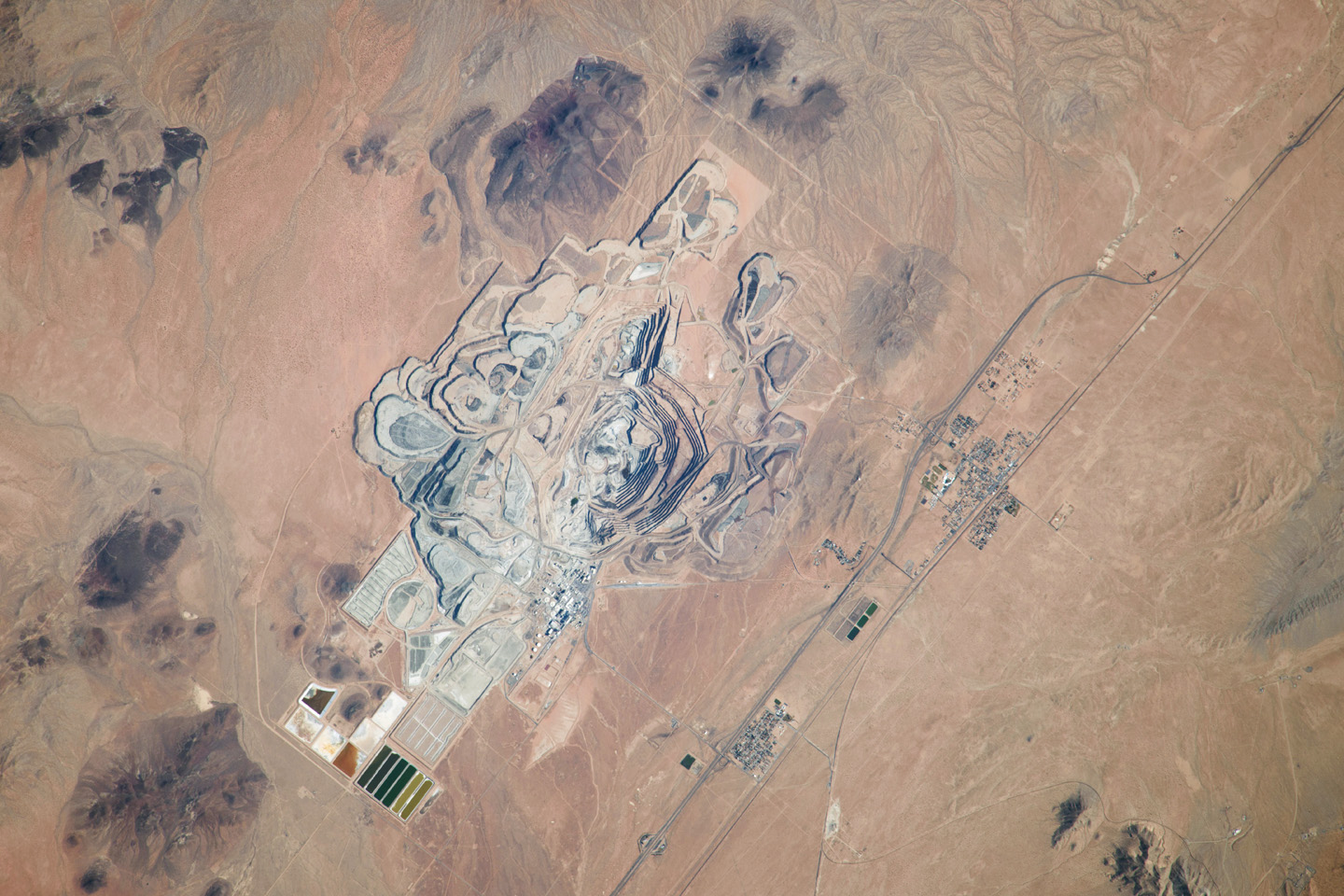 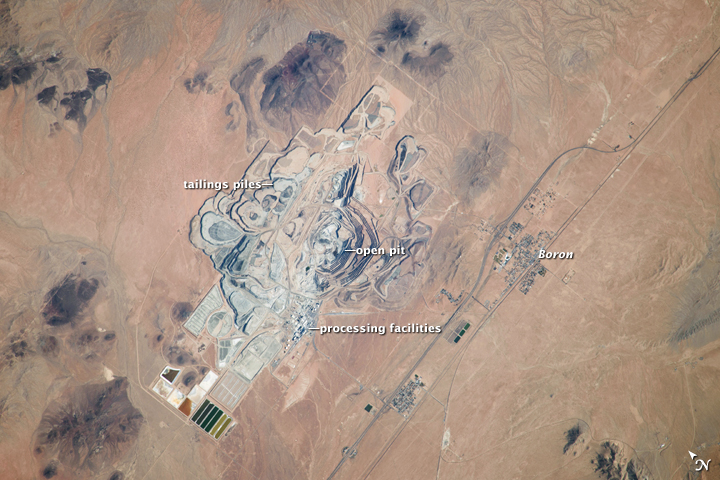 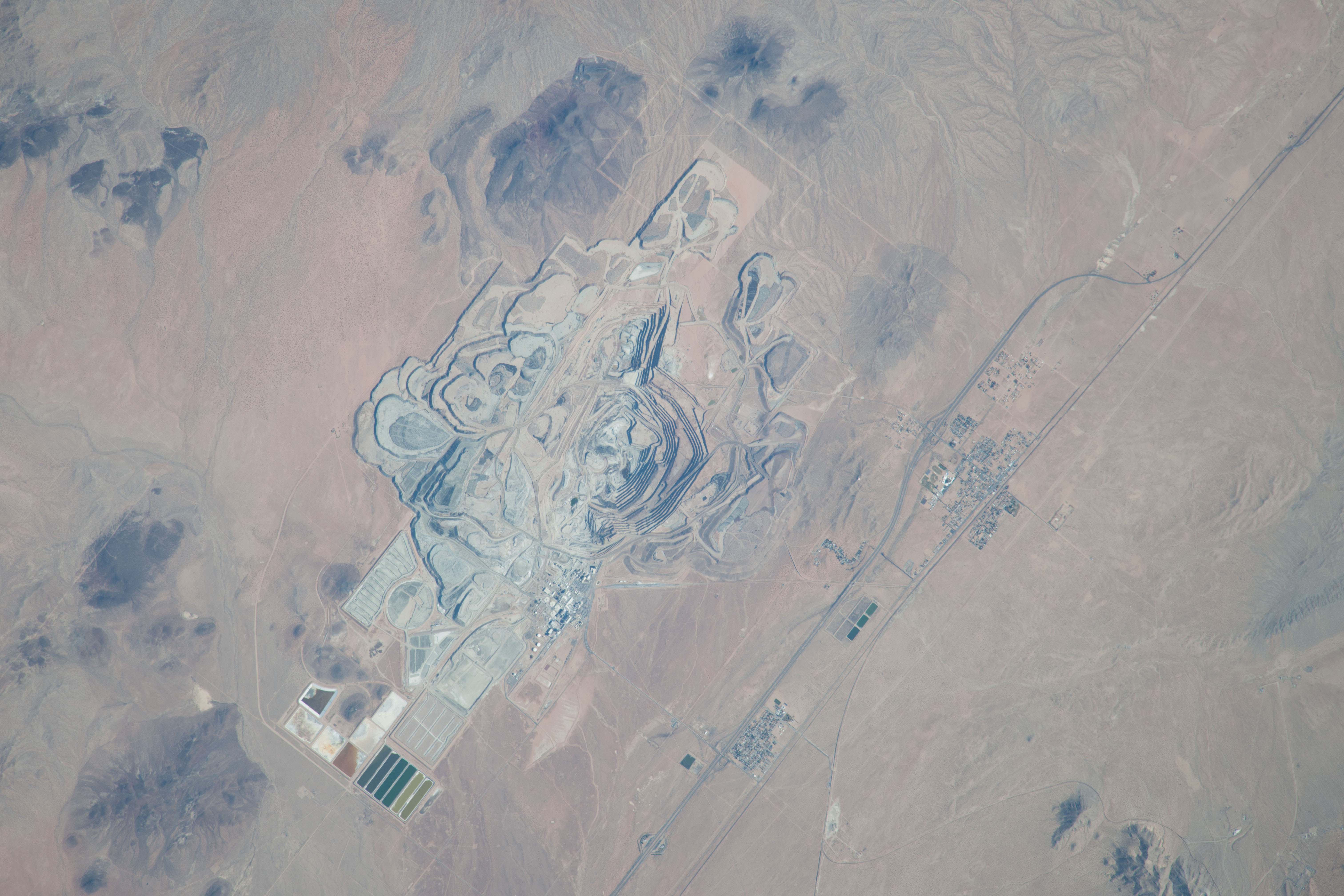 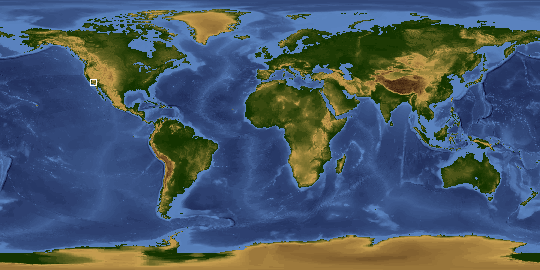 This detailed astronaut photograph from the International Space Station features the former US Borax mine located to the northwest of Boron, CA. The mine, currently owned by the Rio Tinto Group, is the largest open-pit mine in California (covering approximately 54 km2) and is among the largest borate mines in the world. Borates, chemical compounds that include the element boron (B), are important both as providers of an essential plant micronutrient; for metallurgical applications; and as components of specialized types of glass, anticorrosive coatings, fire retardants, and detergents (among other uses).

Borate minerals such as borax, kernite, and ulexite are found in deposits at the Rio Tinto borax mine. The geologic setting is a structural, nonmarine basin - a permanent shallow lake - fed by thermal springs rich in sodium and boron that existed approximately 16 million years ago. The first mining claim in the area was filed in 1913, following discovery of boron-bearing nodules during well drilling. Much of the mine workings were underground until 1957, when US Borax changed to open-pit mining.

The open pit is clearly visible at image center; concentric benches along the pit wall are accentuated by shadows and mark successive levels of material extraction. Mine tailings are visible as stacked terraces along the northern boundary of the mine. Ore processing facilities occupy a relatively small percentage of the mine area, and are located directly to the west of the open pit. The Rio Tinto mine is one of the Earth's richest borate deposits; together with mines in Argentina, they produce almost 40 percent of the world's supply of industrial borate minerals.