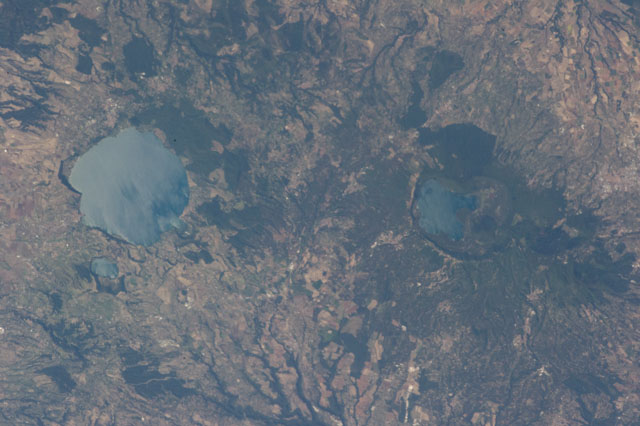 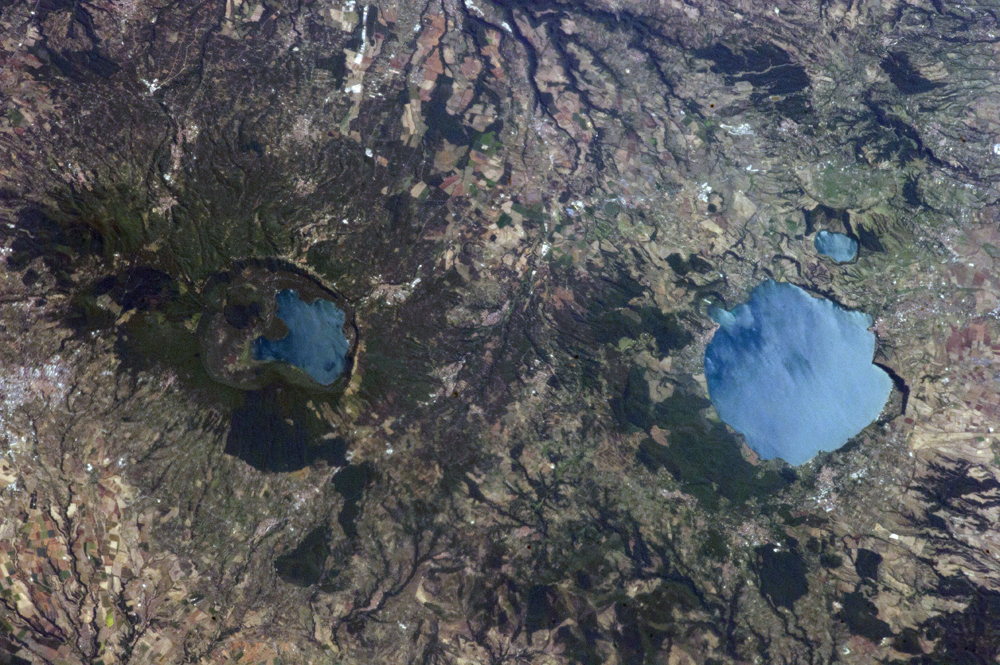 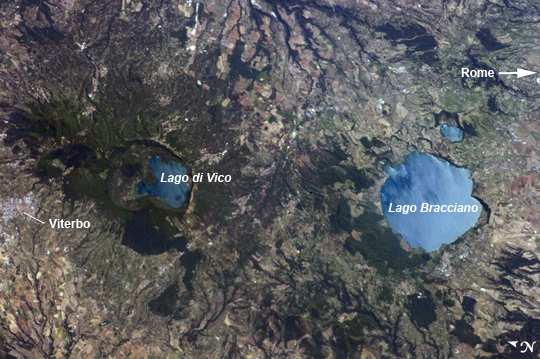 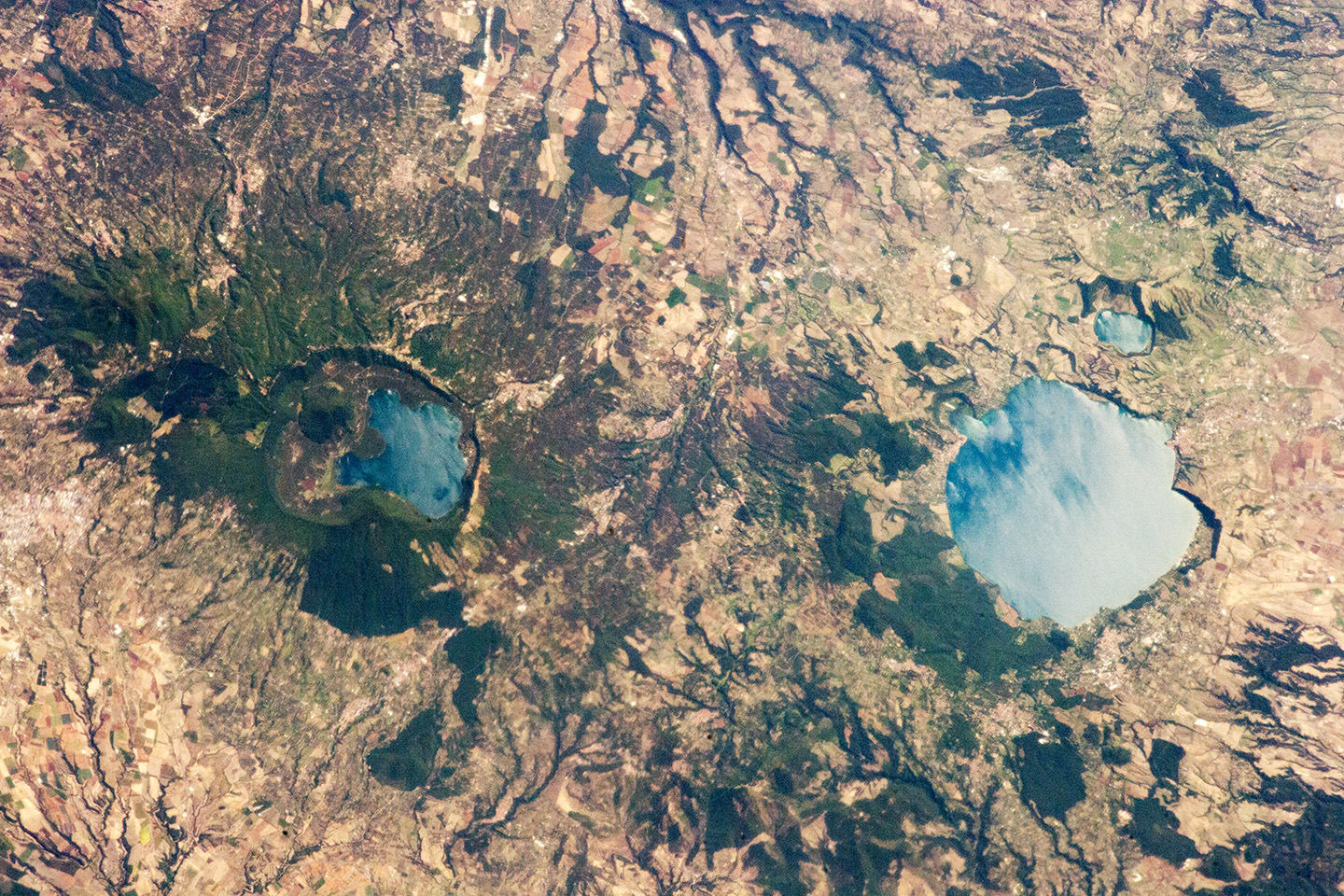 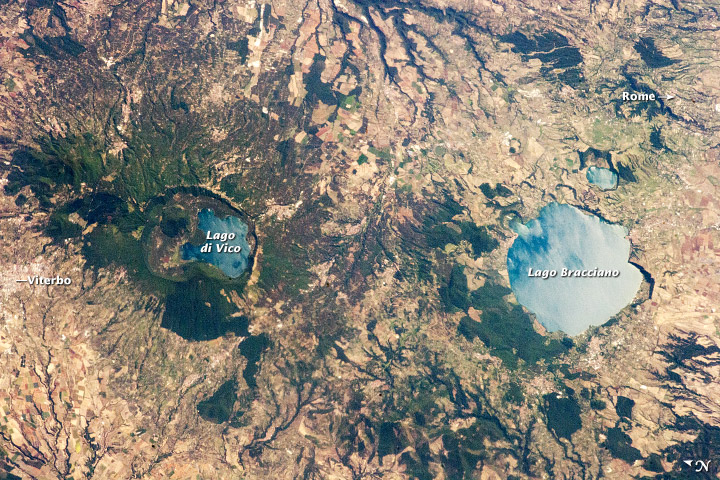 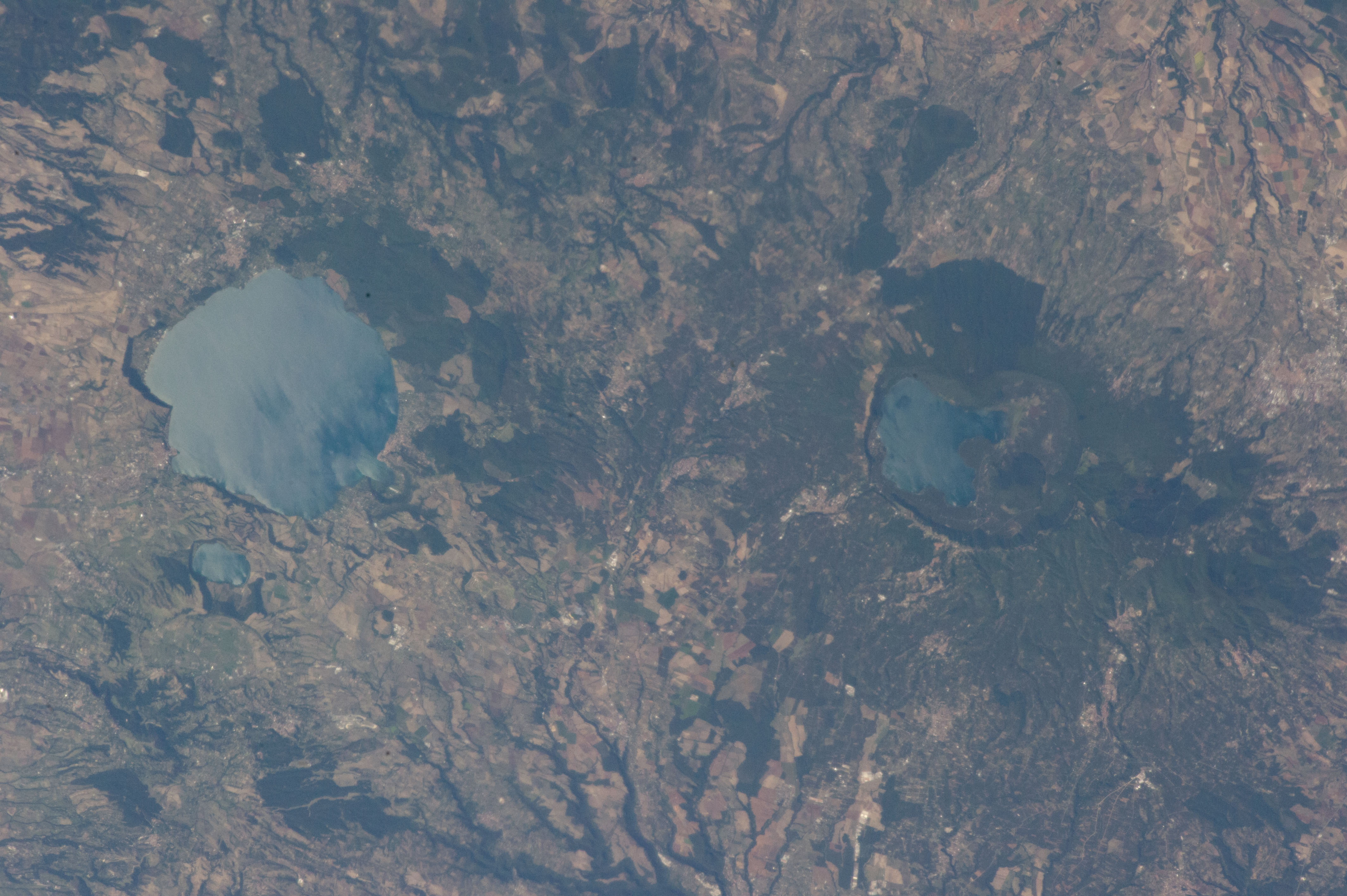 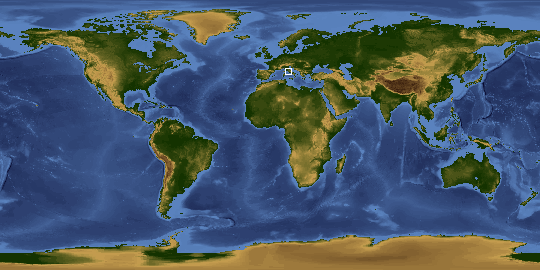 The Lazio region of central Italy has many landforms of volcanic origin, including several large lakes that mark the locations of ancient volcanoes. This astronaut photograph from the International Space Station highlights two such lakes, Lago di Vico and Lago Bracciano, located to the northwest of the capital city of Rome. Both lakes are located within calderas, large depressions that form after violent explosive eruptions empty a volcano's underlying magma chamber. Any remnants of the volcanic edifice can then collapse into the newly-formed void space, leading to the creation of large depressions. These depressions can then fill partially or completely with water, forming permanent lakes.

Lago Bracciano (image right) is the larger of the two lakes highlighted in the image; it is approximately 8 km wide at its widest point, and is located 32 km northwest of Rome. The volcanic activity that led to the formation of Lago Bracciano began approximately 600,000 years ago and continued to approximately 40,000 years ago as part of the formation of the Sabatini volcanic complex. While part of the lake formation was due to caldera collapse of part of a large magma chamber, the current depression was also formed by movement along numerous faults in the area- a process known as volcano-tectonic collapse.

The extent of the lakes of Bracciano and Vico are readily apparent in this image due to sunglint - light reflecting back towards the observer from the water surfaces. This reflection gives a mirror-like sheen to the water surfaces in the image. Dark green forested areas associated with parks are visible near both lakes, while light gray to white regions indicate built areas - such as the city of Viterbo at image left - and tilled fields (image top center).