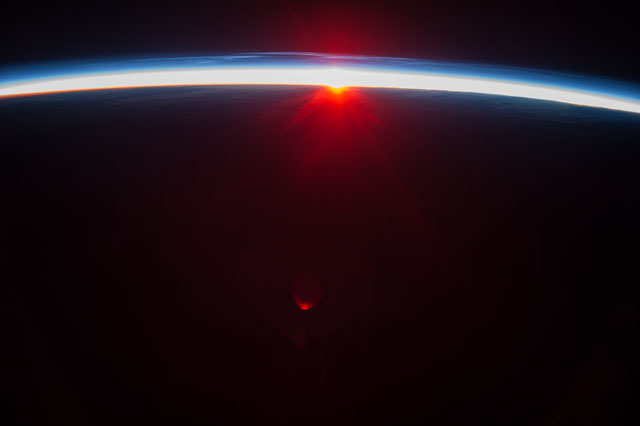 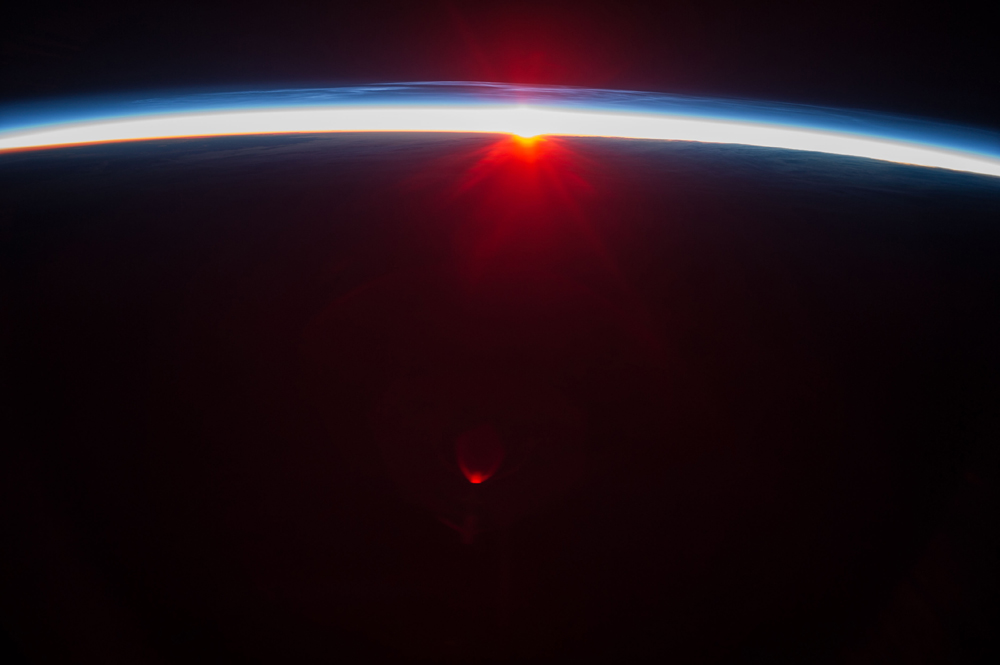 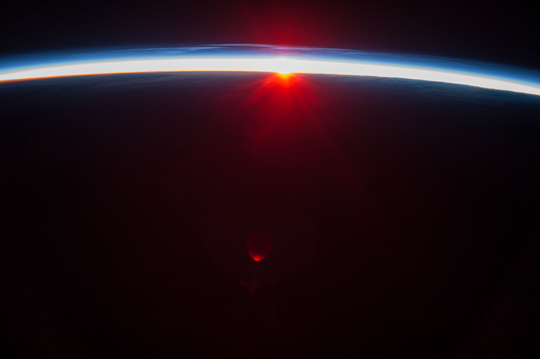 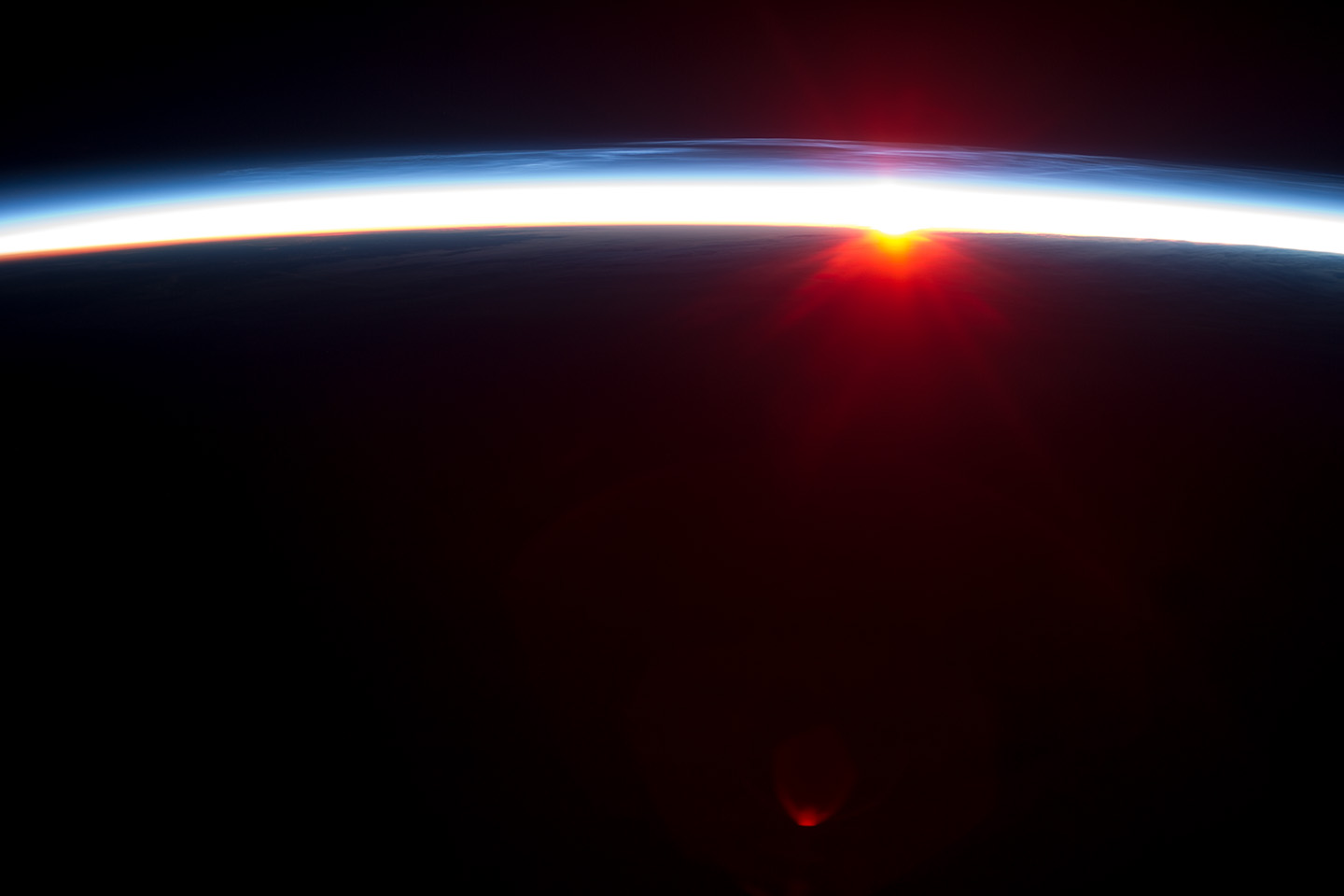 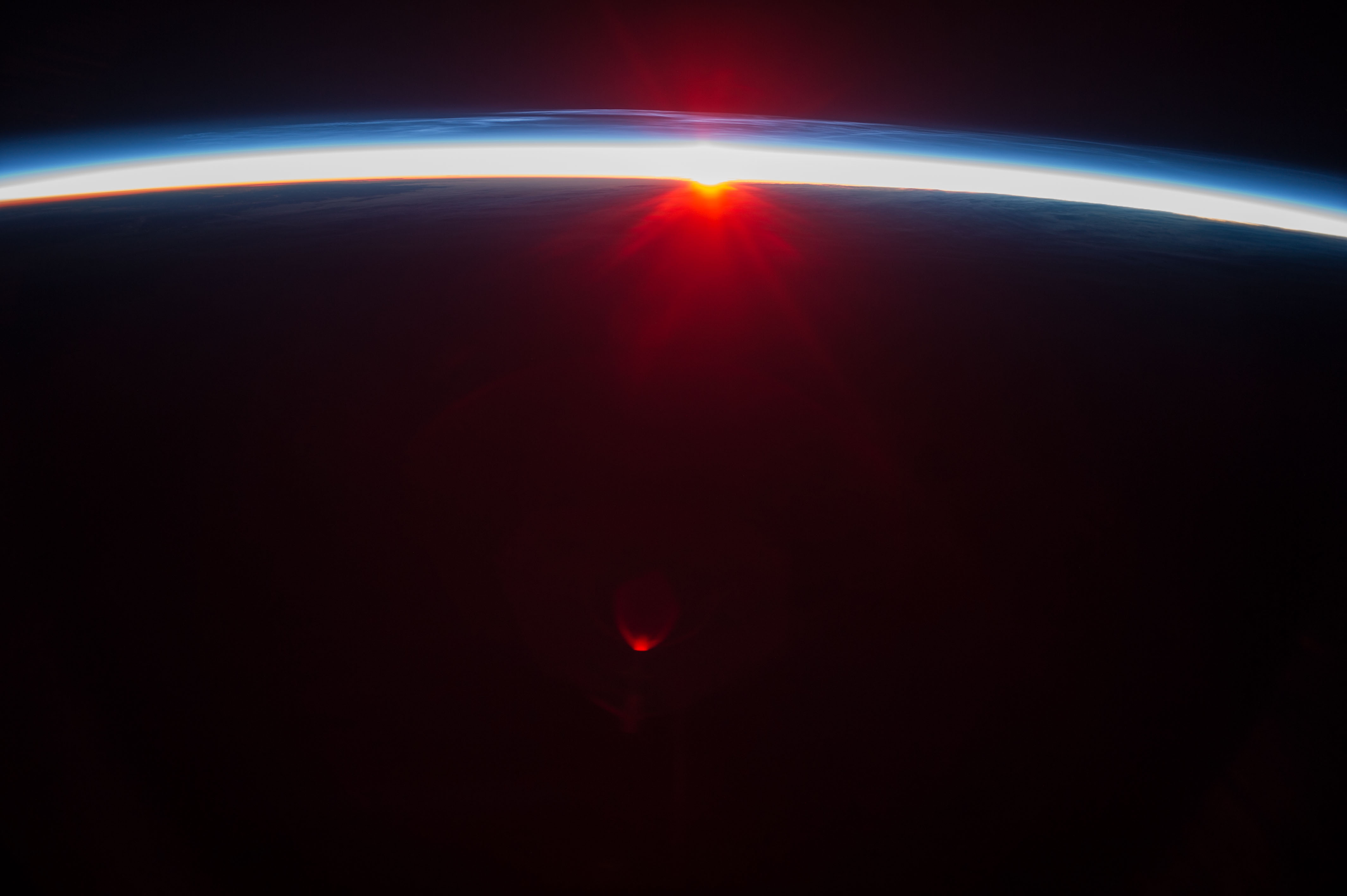 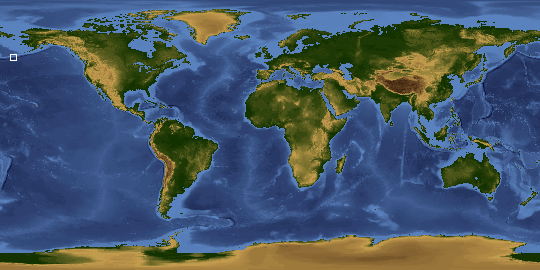 Astronauts took this panoramic view looking north from the Aleutian Islands when the International Space Station (ISS) was flying east at "the top of the orbit," the northernmost latitude reached by the ISS (51.6 degrees north). If the sun had been higher, the string of Aleutian Islands would have been visible in the foreground. Here the islands are on the dark side of the day-night line. From their vantage point at 222 km altitude on this day, astronauts were able to see as far north as the Arctic Ocean and the midnight sun. This image was taken just 20 minutes after local midnight in early August 2013. The midnight sun makes the red, diamond-shaped teardrop reflection (lower center of the image)--perhaps a reflection within the camera lens, or from the window frame, or some item inside the ISS.

Long blue-white stringers can be seen in the atmosphere above the midnight sun. These are known as noctilucent clouds (night-shining clouds). Some astronauts say these wispy, rippling, iridescent clouds are the most beautiful phenomena they see from orbit. Noctilucents are thin so that they are best seen after sunset when the viewer is on the night side of the day-night line, but while these high clouds are still lit by the sun. Crews are trained in this somewhat complicated geometry--of clouds being lit from beneath, with the space craft in sunlight though the ground directly beneath is in darkness.

Noctilucent clouds are also known as Polar Mesospheric Clouds (PMCs) as they appear in the summer hemisphere over polar latitudes. Some data suggest that they are becoming brighter, and appearing at lower latitudes, perhaps as an effect of global warming. Polar Mesospheric Clouds are interesting to scientists because they form much higher in the atmosphere (75-90 km) compared with altitudes of normal rainclouds that form in the lowest, densest "weather-layer" below ~15 km. The weather layer, or troposphere, is most distinct in this image as a thin orange line along the left horizon.