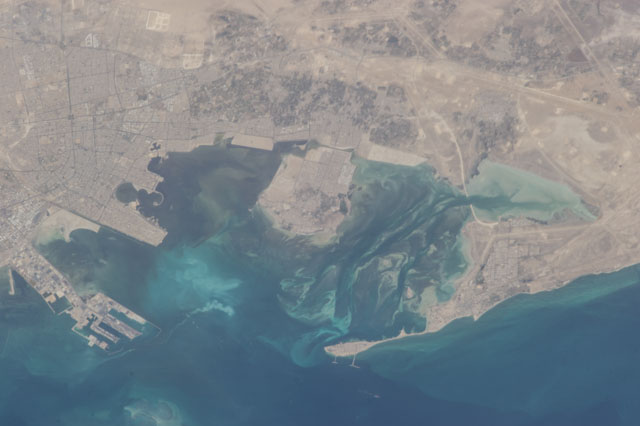 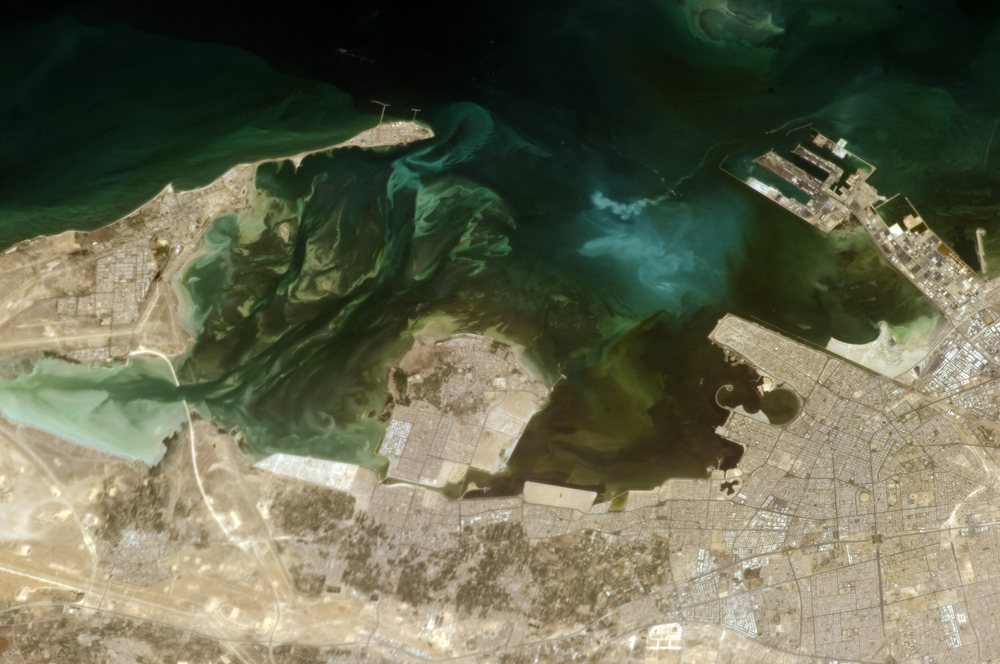 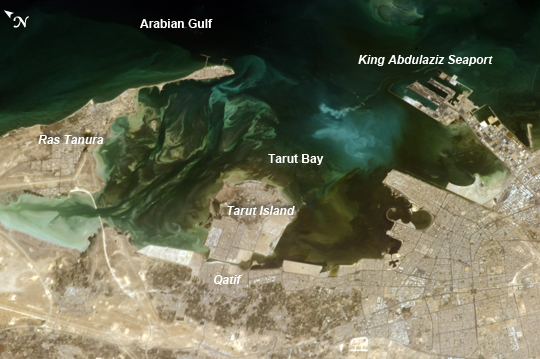 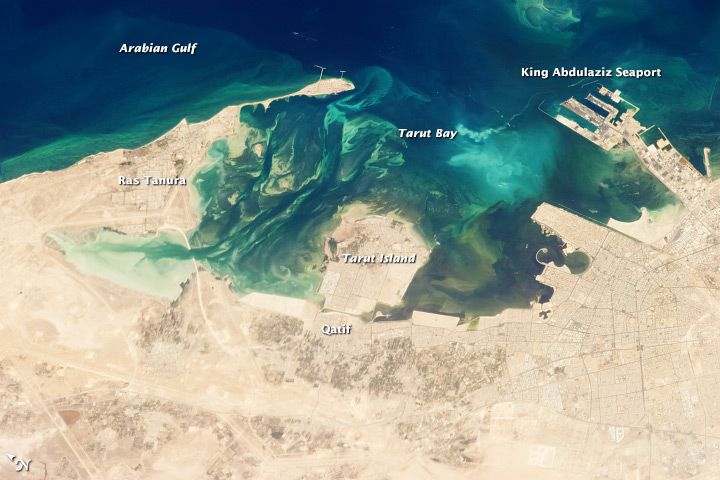 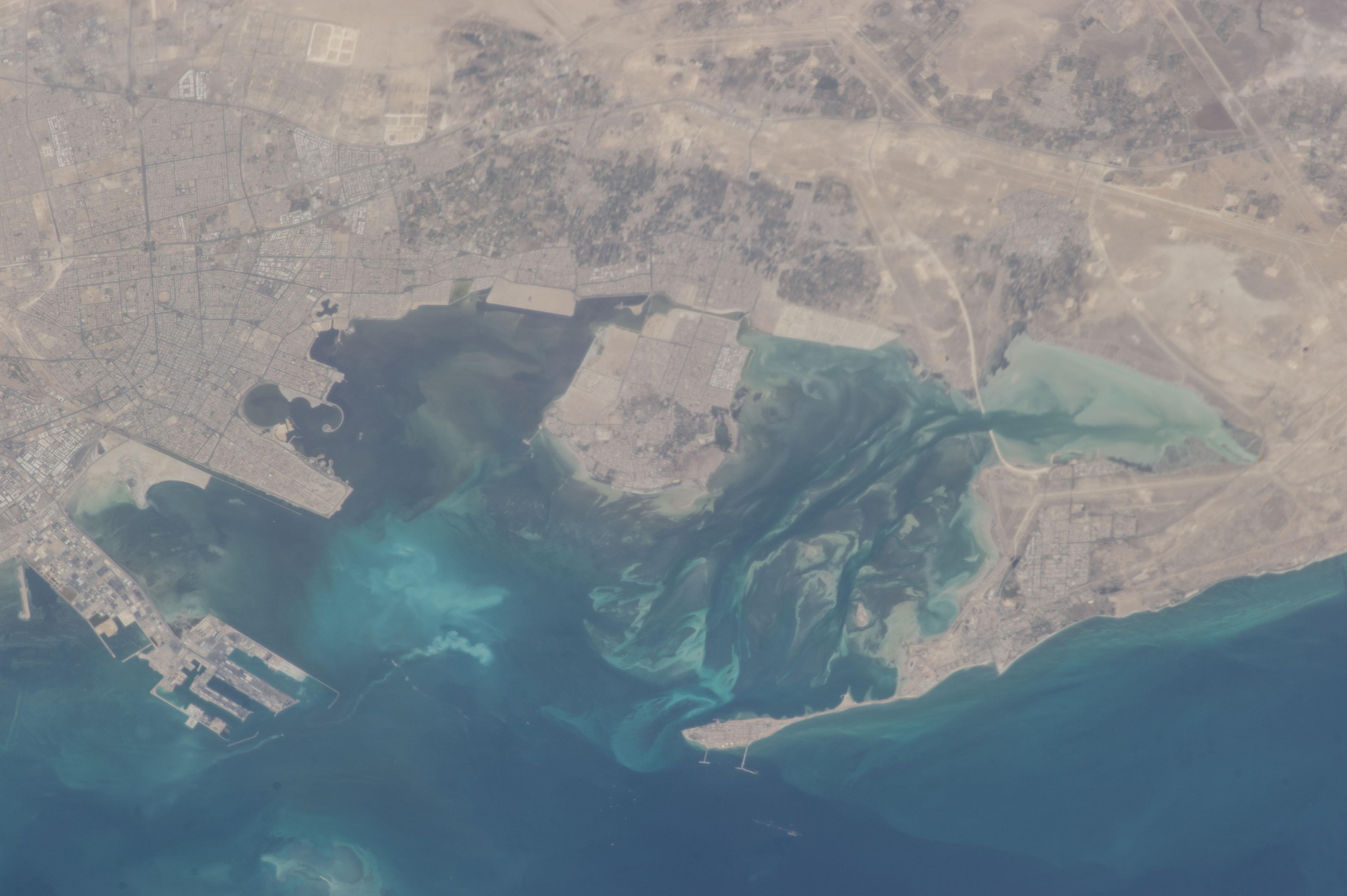 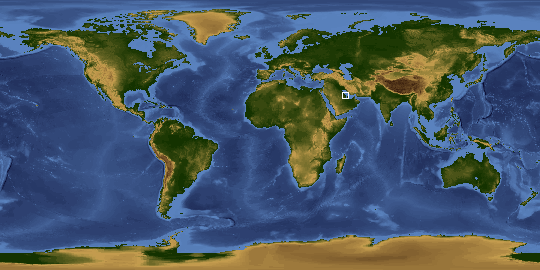 Tarut Bay (also spelled Tarout or Tarot) is located along the Saudi Arabia coastline of the Arabian Gulf (also known as the Persian Gulf). The bay surrounds the island of Tarut (image center), one of the largest islands in the Arabian Gulf with an area of approximately 70 km2. Archeological evidence suggests that the island has been continuously inhabited for over 5000 years. Today, the island hosts both suburban development and fishing industries. The island is linked to the mainland city of Qatif to the west by two causeways that cross a narrow channel of the Bay.

The Ras Tanura peninsula that forms the northern boundary of Tarut Bay is occupied by residential compounds and industrial facilities owned by Saudi Aramco, considered to be one of the largest and most valuable oil companies in the world. In addition to the facilities located along the natural shorelines and islands of the bay, numerous drill rigs and docking facilities have been constructed to support the activities of the petroleum industry. One striking example of such construction is the King Abdulaziz Seaport complex located to the south of Tarut Bay proper in the Arabian Gulf (image lower right). The port complex is essentially a small self-supporting city with its own housing for employees, medical and support services, and water treatment plants.

Sinuous green to turquoise ribbons visible in the waters of Tarut Bay are likely a combination of sediments moved by nearshore currents and phytoplankton. Green areas near the city of Qatif (image center bottom) include both agricultural fields and numerous fruit trees such as date palms, hearkening back to the region's importance as a historical oasis.