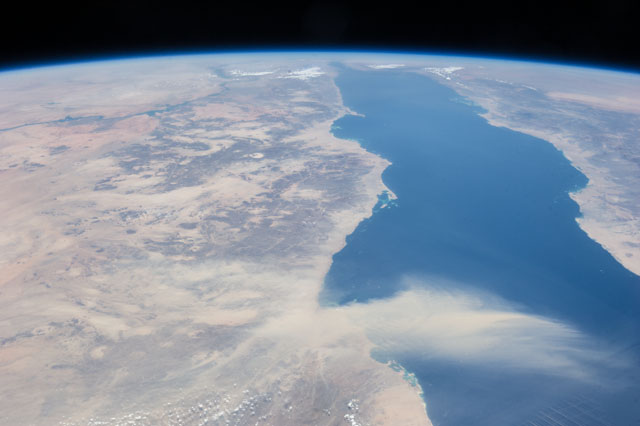 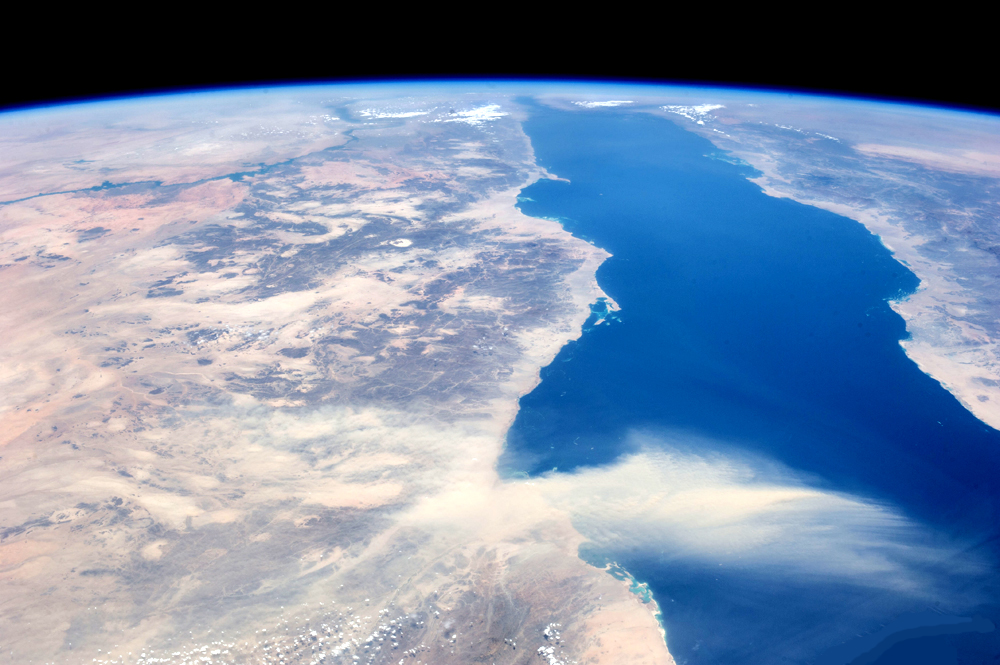 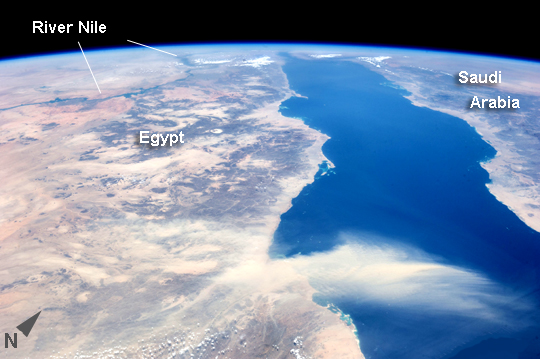 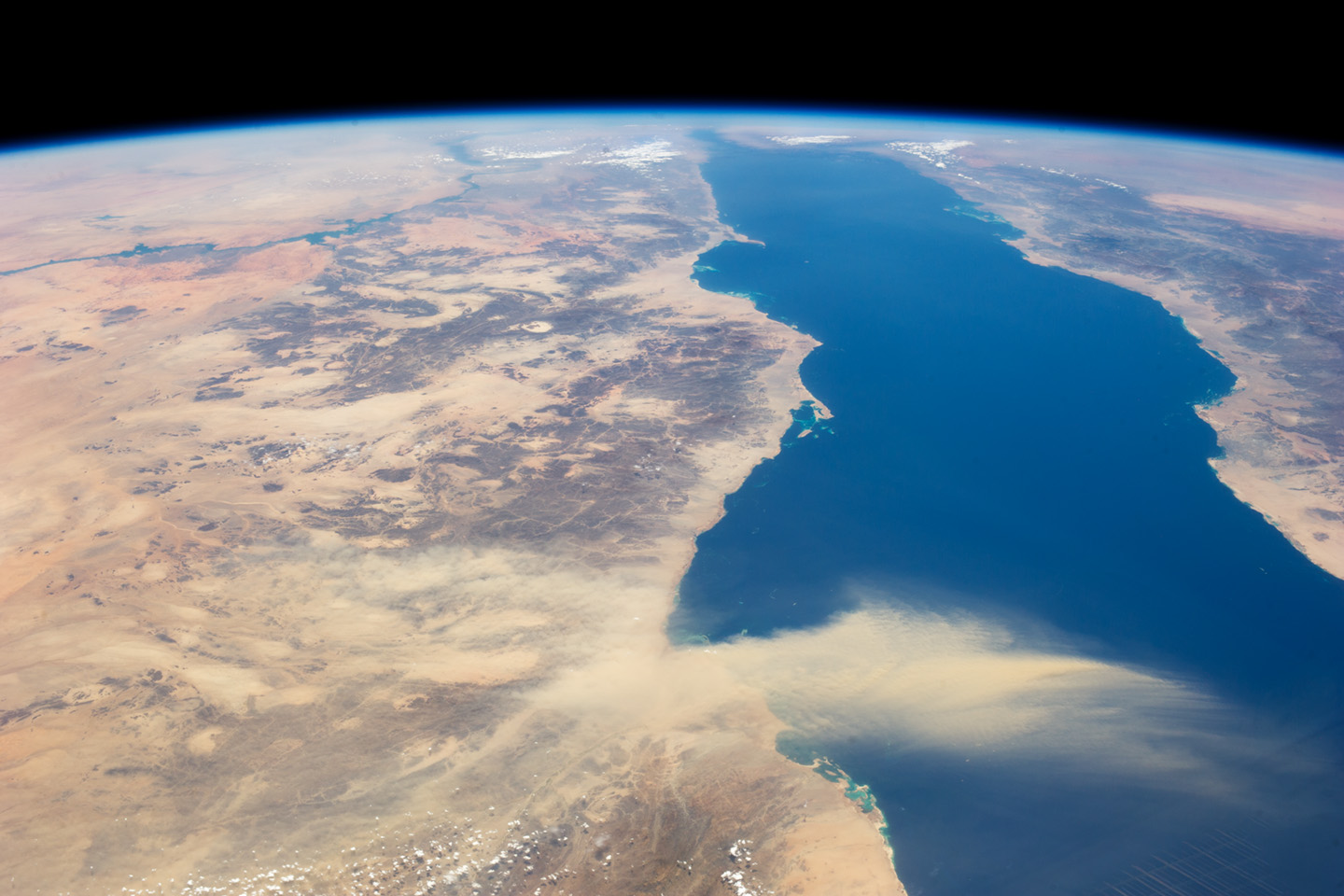 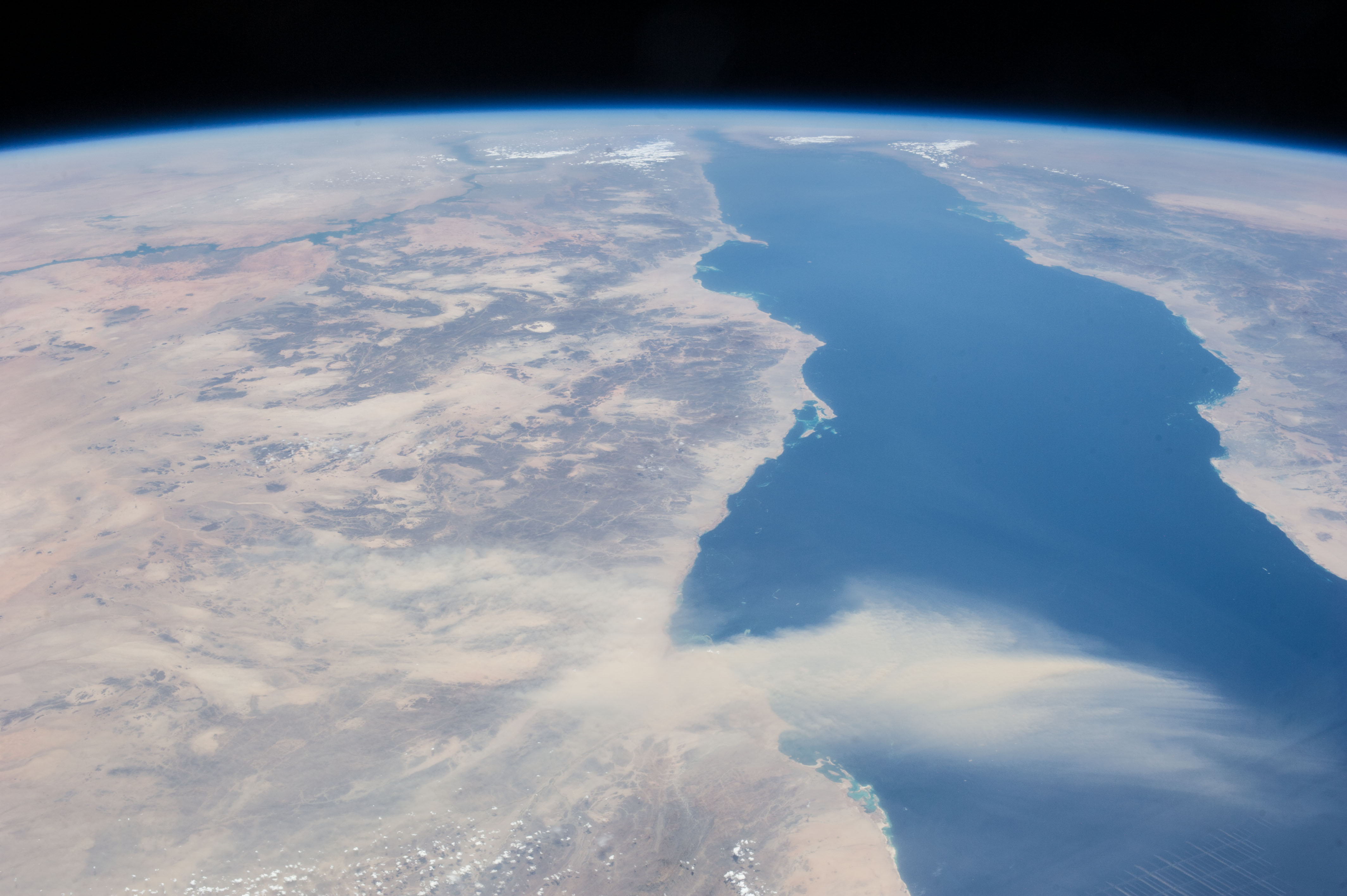 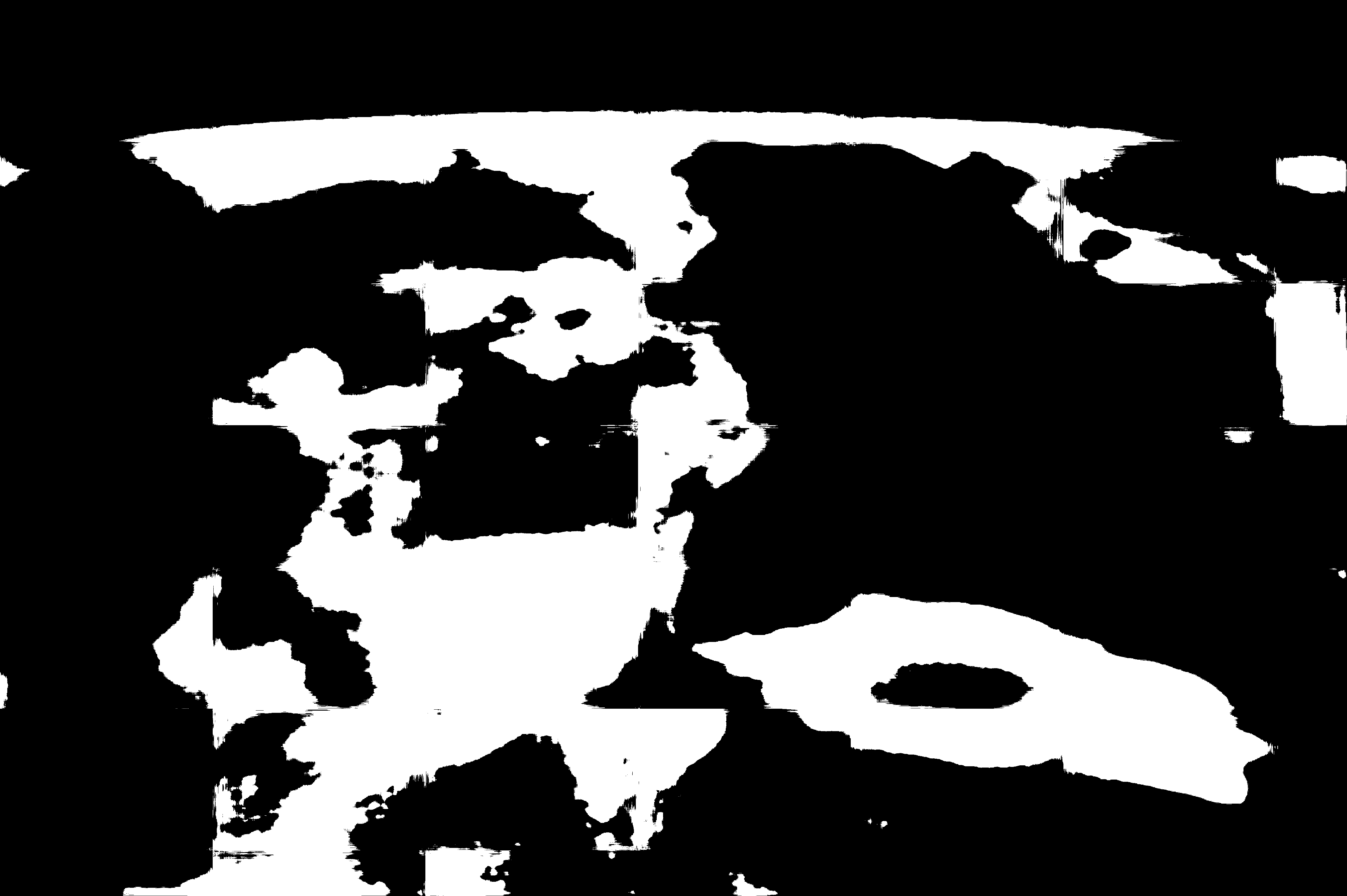 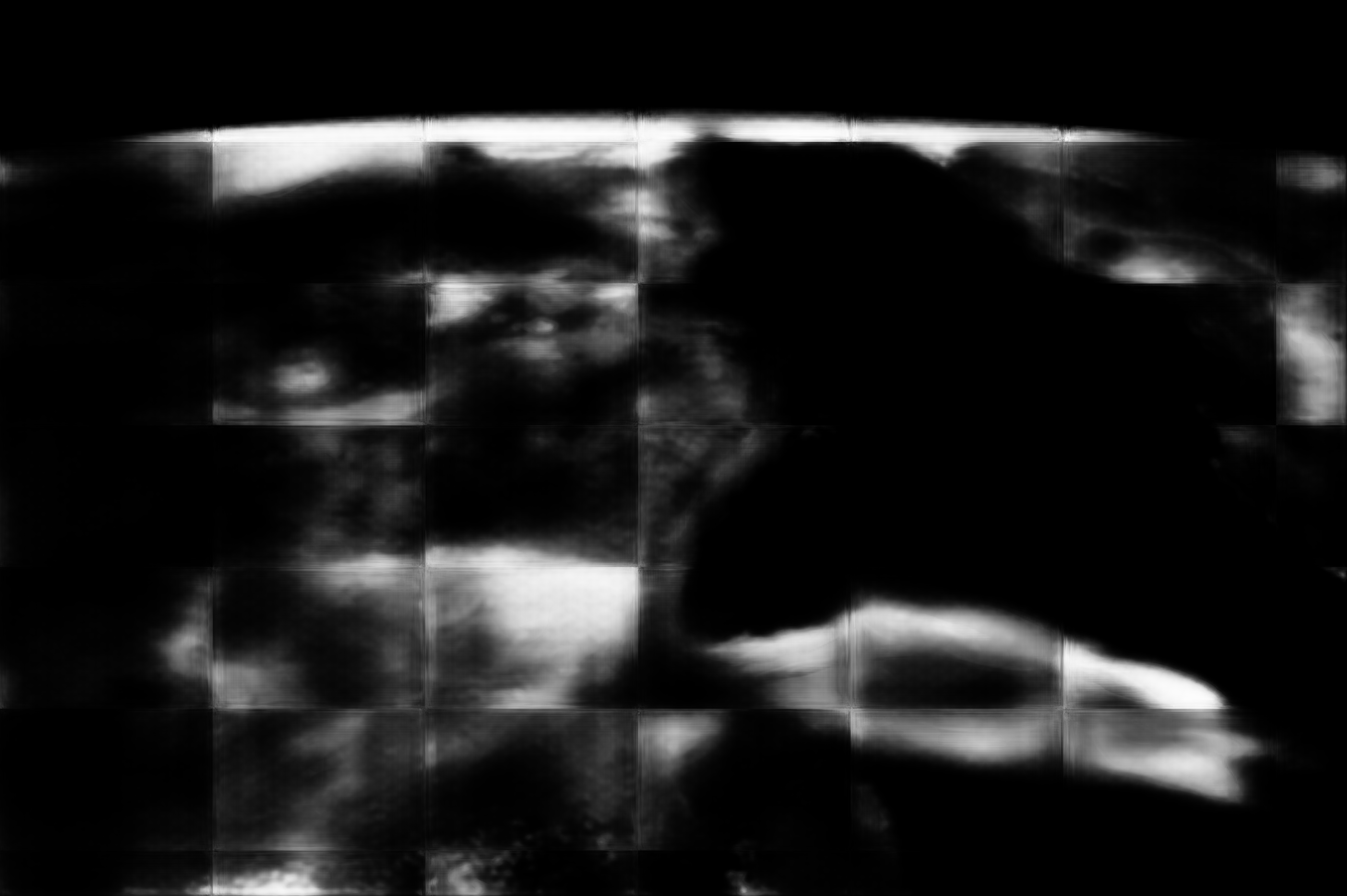 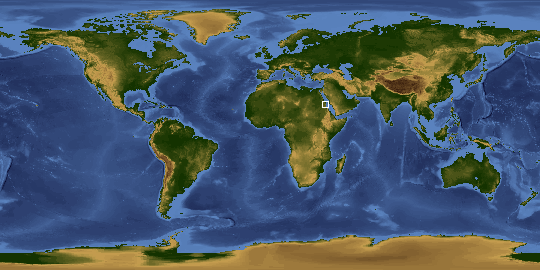 This astronaut photograph provides a panoramic view of most of the length of the Red Sea, with the northernmost end, the Gulf of Suez, just visible at image top center--fully 1900 km (ground distance) from the astronaut on board the International Space Station (ISS). The River Nile snakes its way northward through the Sahara Desert at image top left. Much closer to the camera--but still more than 550 km distant from the ground point above which the ISS is orbiting--is a prominent dust plume surging out over the clear water of the Red Sea (image foreground), reaching most of the way to Saudi Arabia.

The "point source" of this plume is the delta of the southern Egyptian river Khor Baraka. Astronaut images have shown that this delta is a common source for dust plumes, mainly because it is a relatively large area of exposed, loose sand and clay, easily lofted into the air. But the river also cuts through a high range of hills in a narrow valley that channels the wind, making it blow faster.
This dramatic view of the Red Sea shows the generally parallel margins of the opposing coastlines. The rift or depression which now holds the Red Sea has been opening slowly for about 30 million years, and is nearly 300 km wide in the region of the dust plume. The depression only recently filled with seawater within the last ~5 million years. The satisfyingly good fit between the coastlines allows the viewer to visualize quite easily how Africa and Arabia were once a single landmass before the Red Sea rift existed.