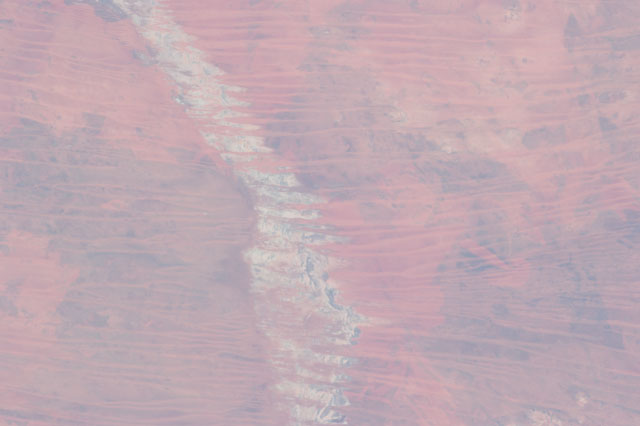 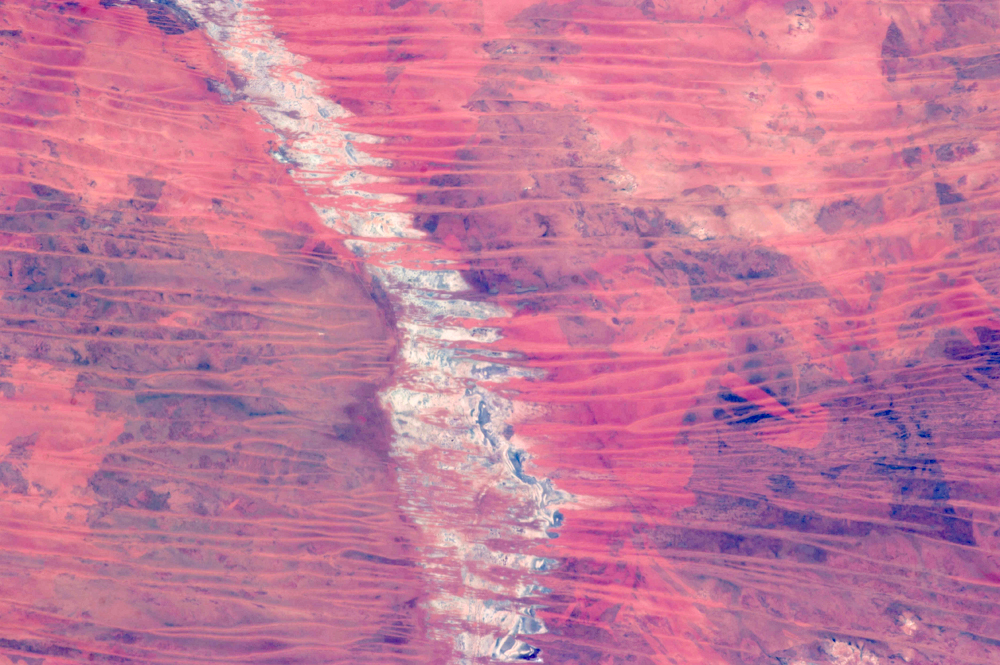 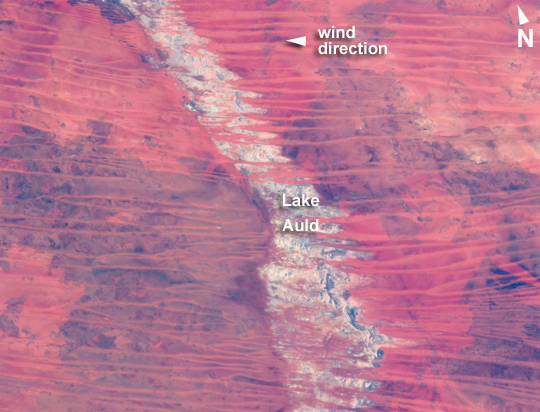 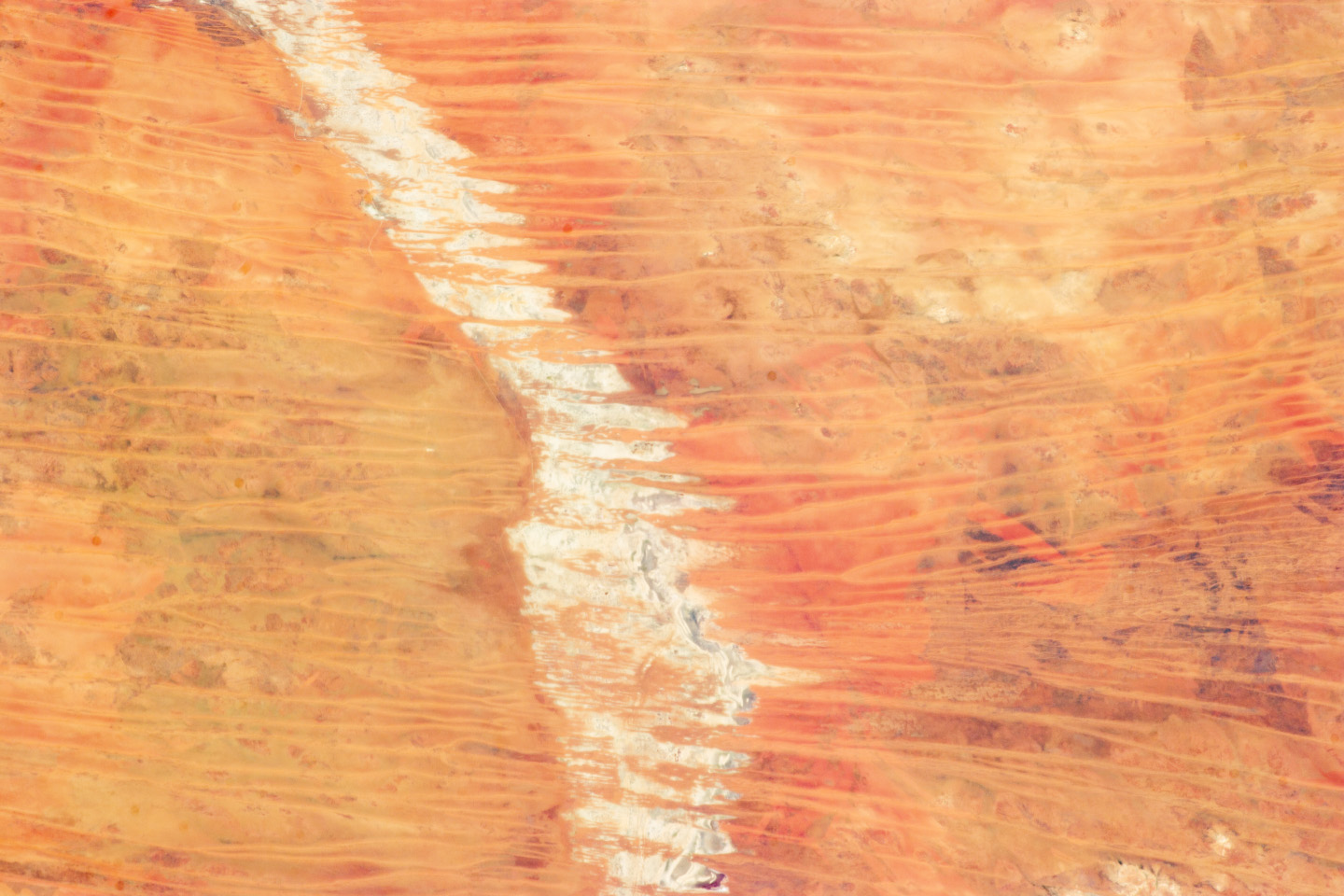 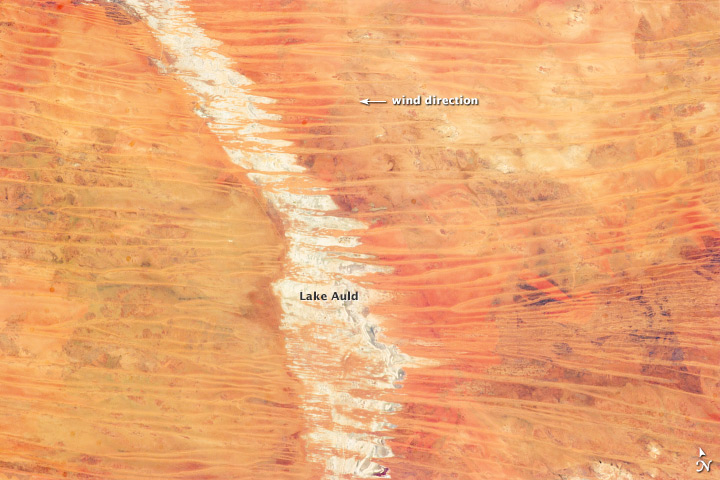 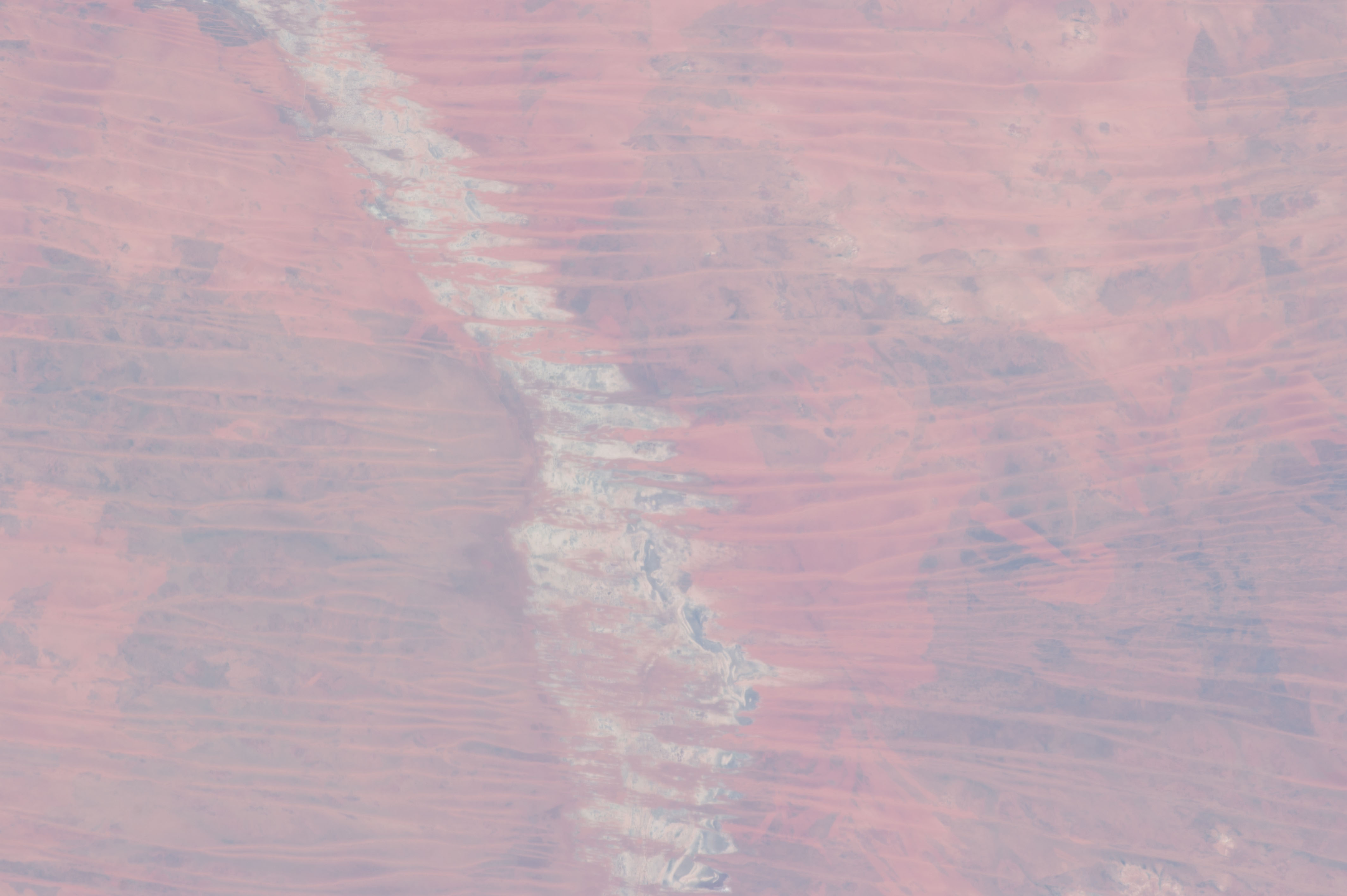 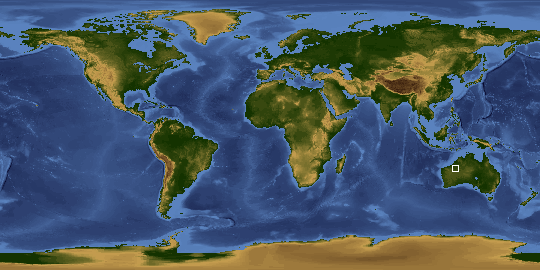 Much of Australia is arid. In northwest Australia the Great Sandy Desert holds great geological interest as a zone of active sand dune movement; strings of narrow lakes that represent very ancient rivers are also present. While a variety of dune forms can be seen in the region, this astronaut photograph features numerous linear dunes (~25 m high) separated in a roughly regular fashion (0.5-1.5 km), and aligned closely to the winds that generated them--that is, winds blowing from east to west. Where linear dunes converge, dune confluences point downwind. One of the main visual impressions flying over such tropical dune fields - both from an airplane or from the International Space Station--apart from the dune patterns are fire scars where thin vegetation has been burned off the dunes. The result is dunes that appear red from the underlying sand (image top left and top right), and darker areas where the vegetation remains (image lower left and lower right).

The white feature visible down the center of the image is Lake Auld, the white color being the result of a cemented combination of fine clayey sediment and salts from evaporation of flood waters that occasionally fill the lake. Wider views of the area show that this lake is part of what is now known to have been a major, ancient river system in northwest Australia, draining northwest to the Indian Ocean. Such sinuous lakes are also known in Australia as "river lakes." The river system is remarkably well preserved considering that the rivers were probably active in the Paleocene Epoch more than 55 million years ago. Australia then lay much further south in a wetter climatic zone. Today's desert climate results in almost all rivers in the Great Sandy Desert being dry.

Linear dunes can be seen entering Lake Auld on the east side. During flooding events, the sand of the dune noses is dispersed, becoming incorporated into the lake floor sediments together with muds and salts. During the long intervening dry periods, sand can blow across the lake floor to build thinner, smaller dunes visible as linear accumulations on the west side of the lake.