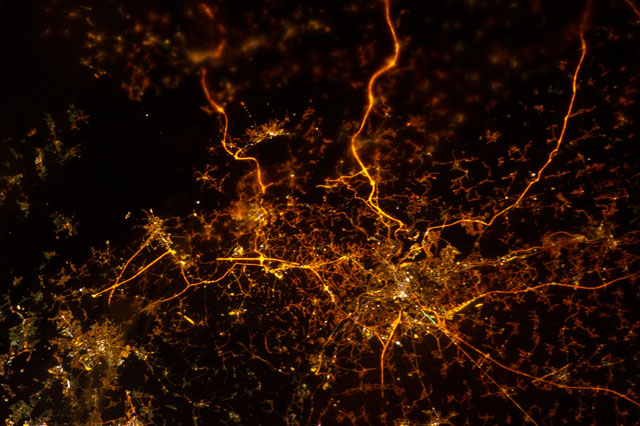 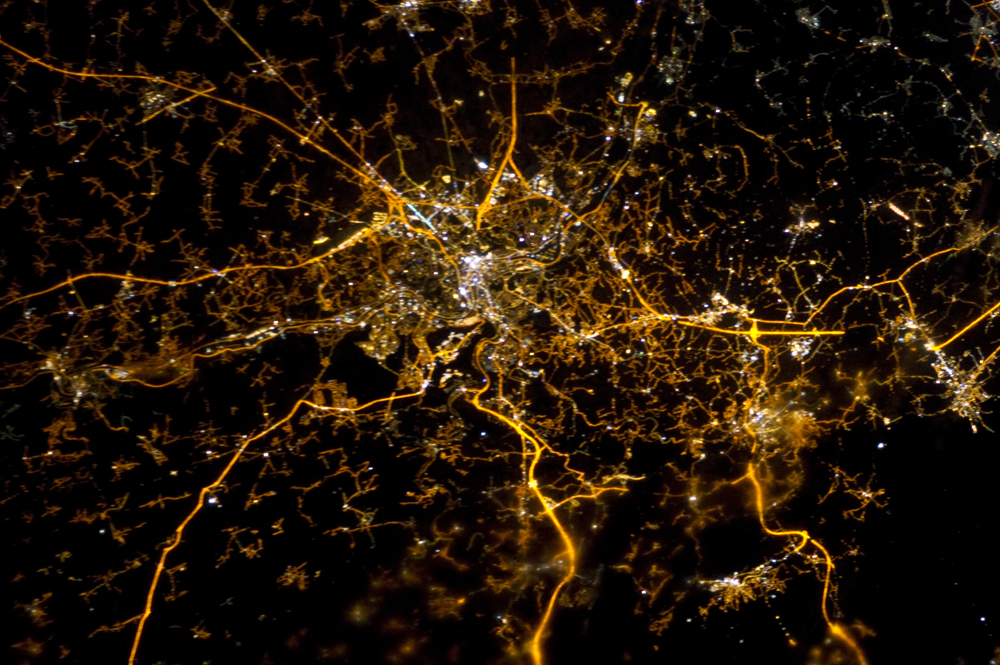 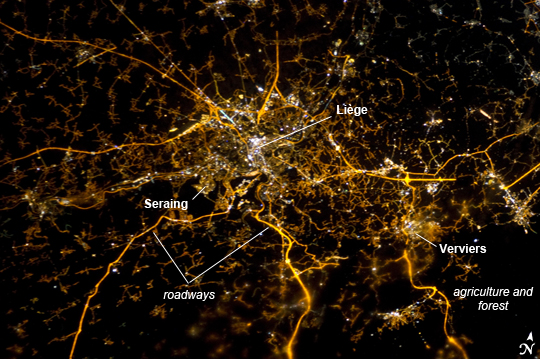 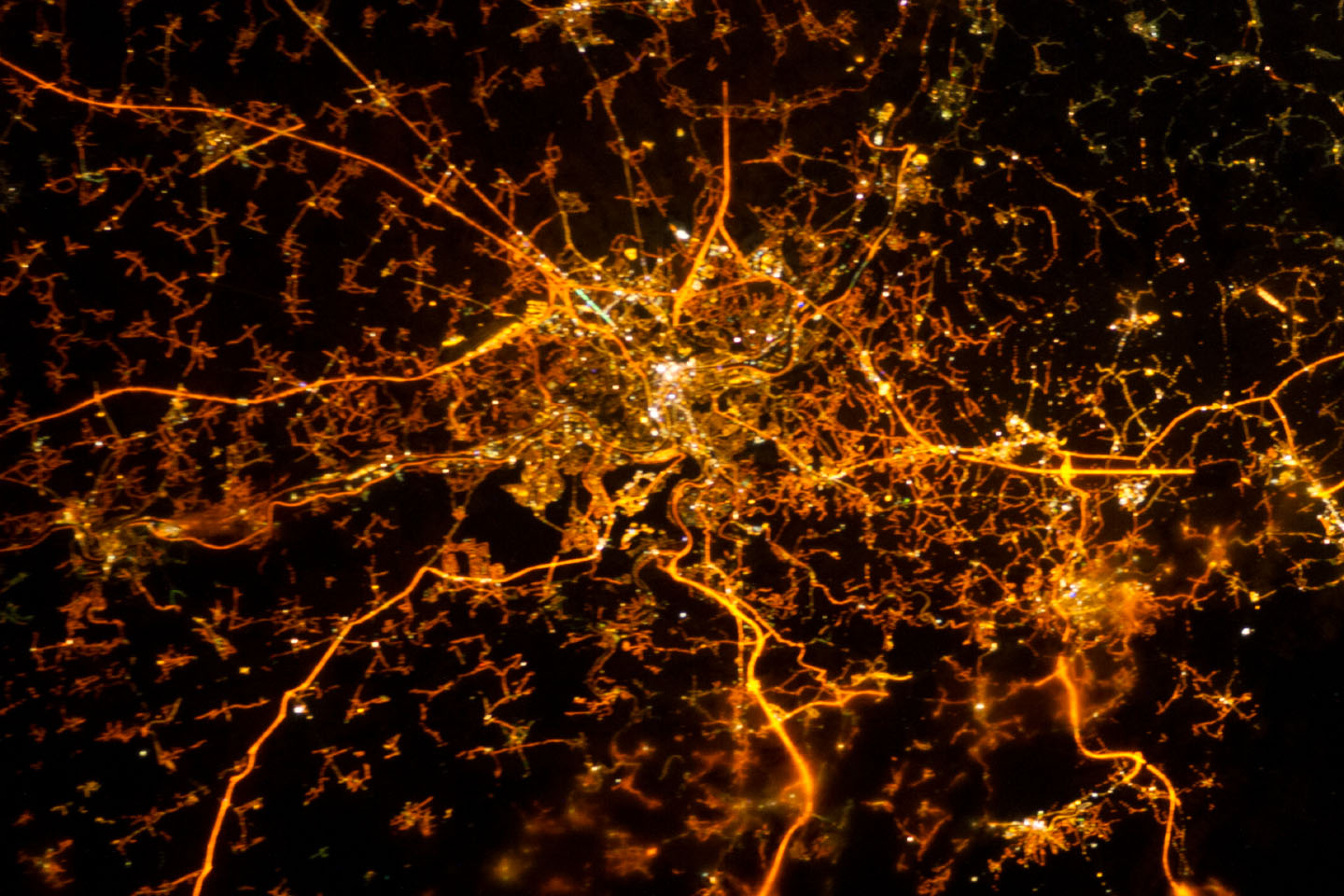 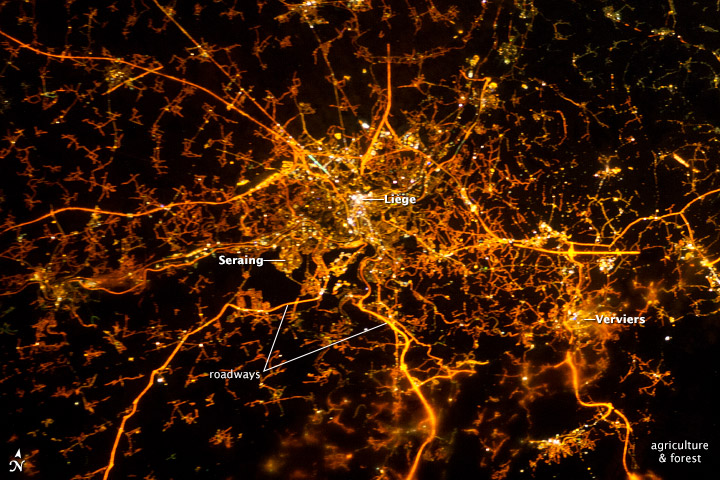 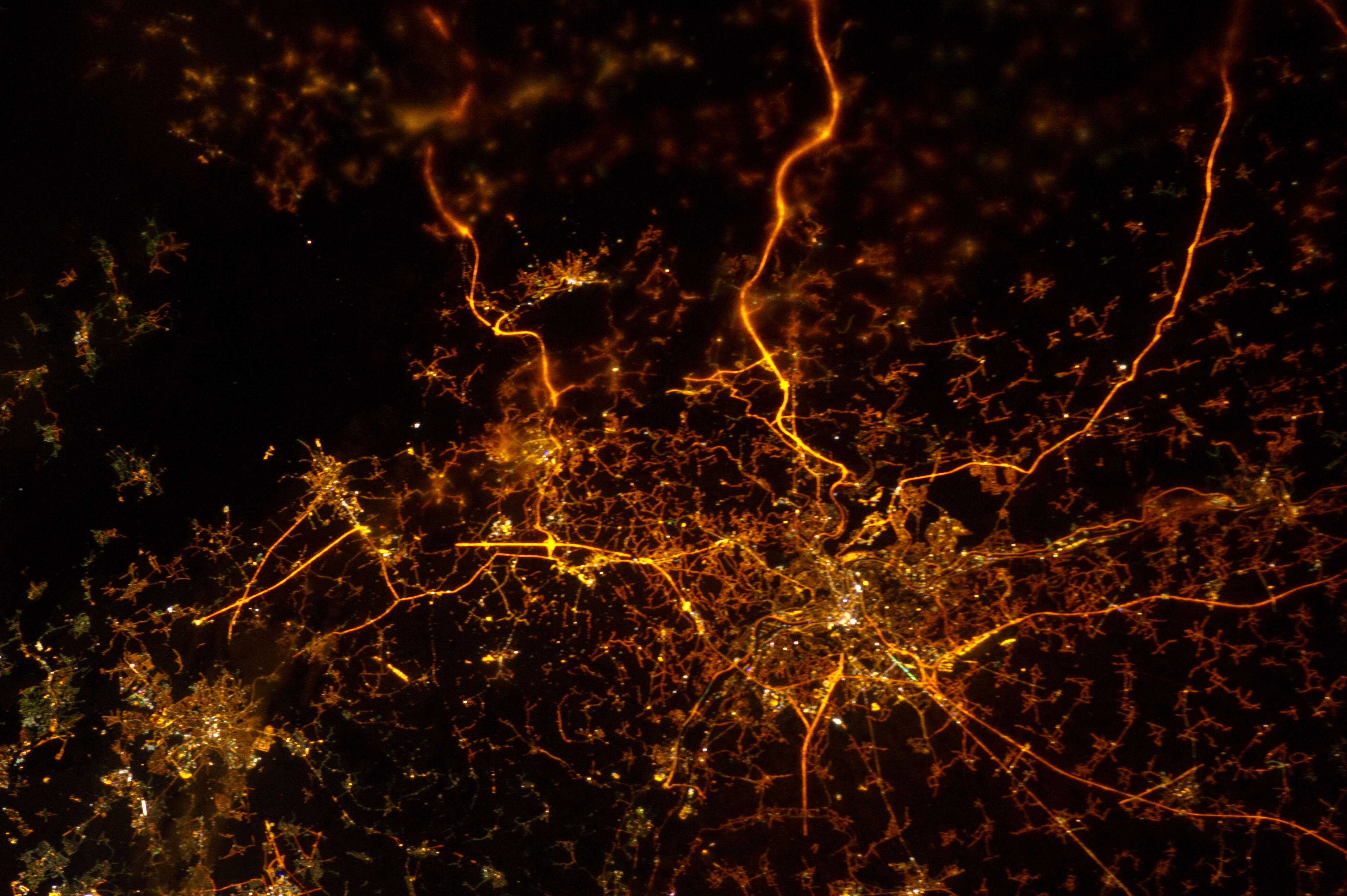 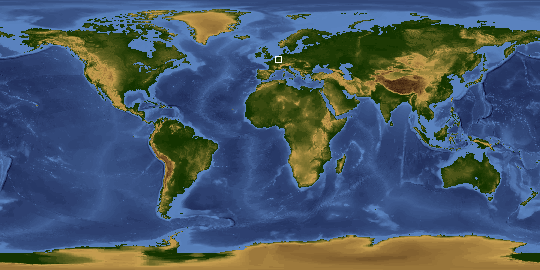 To paraphrase the old expression, "all roads lead to Liege" - or at least one could get that impression from this night time astronaut photograph taken from the International Space Station (ISS). The brightly lit core of the Liege urban area appears to lie at the center of a network of roadways--traceable by continuous orange lighting--extending outwards into the rural, and relatively dark, Belgium countryside. For a sense of scale the distance from image left to image right is approximately 70 kilometers. The region at image lower right to the southeast of Verviers includes agricultural fields and forest; hence it appears almost uniformly dark at night.

The image was taken using the European Space Agency's Nodding mechanism, also known as the NightPod. NightPod is an electro-mechanical mount system designed to compensate digital cameras for the motion of the ISS relative to the Earth. The primary mission goal was to take high-resolution, long exposure digital imagery of the Earth from the ISS Cupola, particularly cities at night. While the official NightPod mission has been completed, the mechanism remains on board for astronauts to use.

Liege is the third most populous metropolitan region in Belgium (after Brussels and Antwerp); it includes 52 municipalities, including the nearby city of Seraing. It is also an important economic center for the country, including a diverse array of industries including (among others) mechanical, information and biotechnology, beer and chocolate, light armaments, and steel-making. The metropolitan area also boasts a wide array of cultural, historical, and artistic attractions making it a popular destination among the neighboring countries of France, Germany, and the Netherlands.