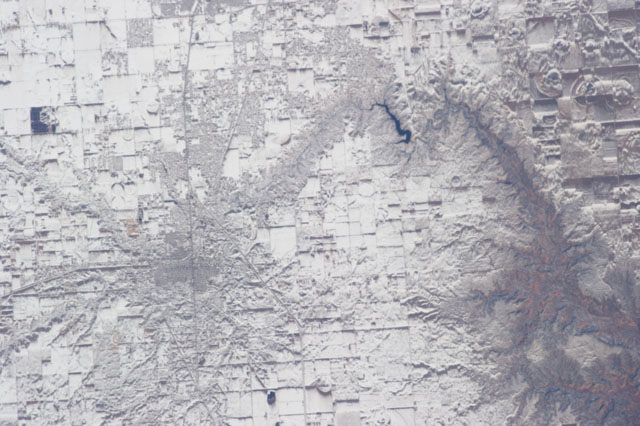 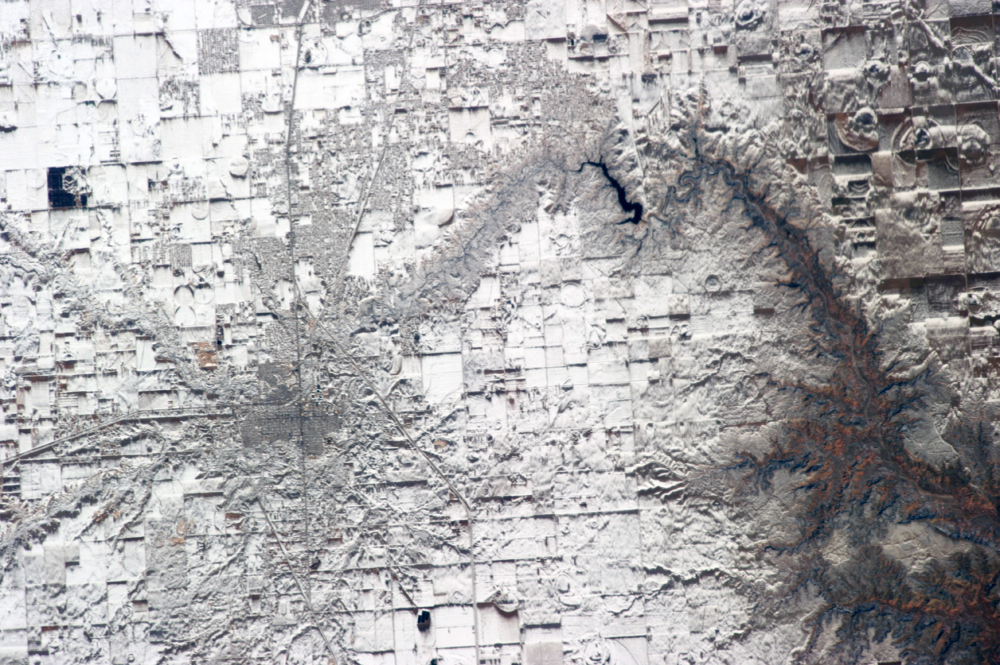 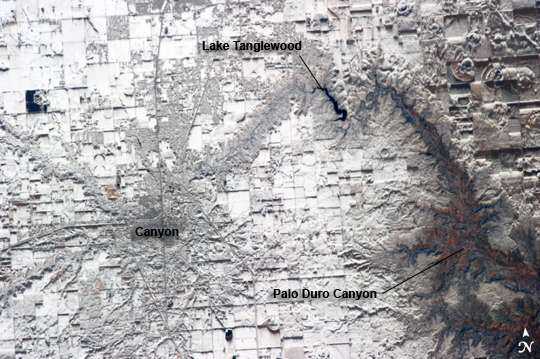 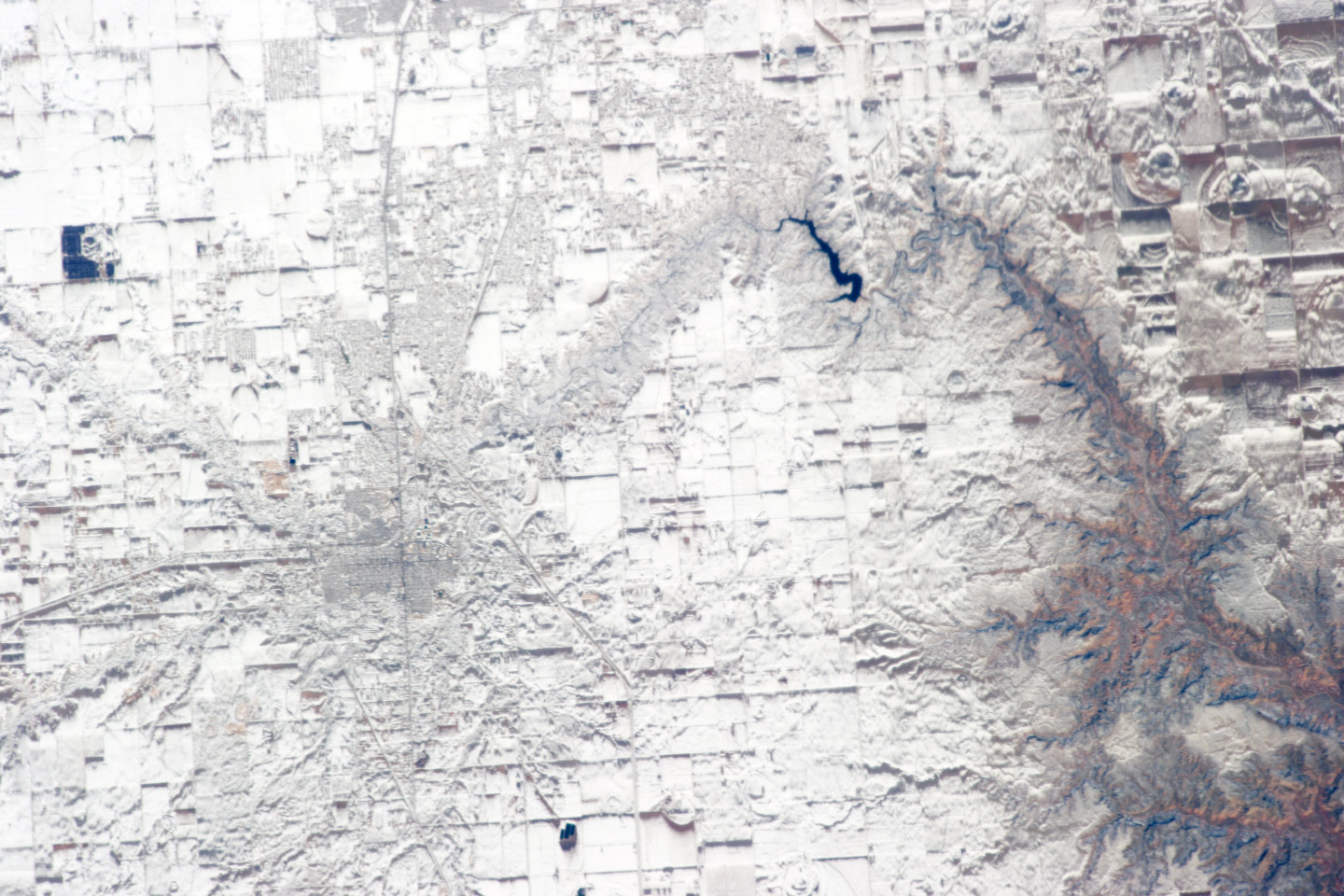 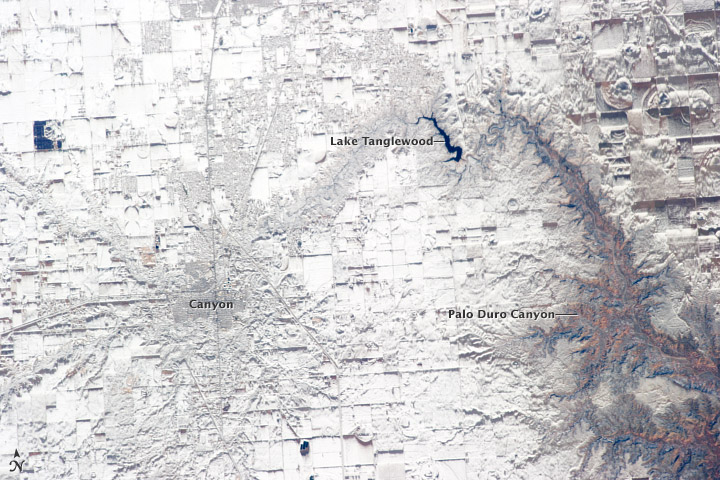 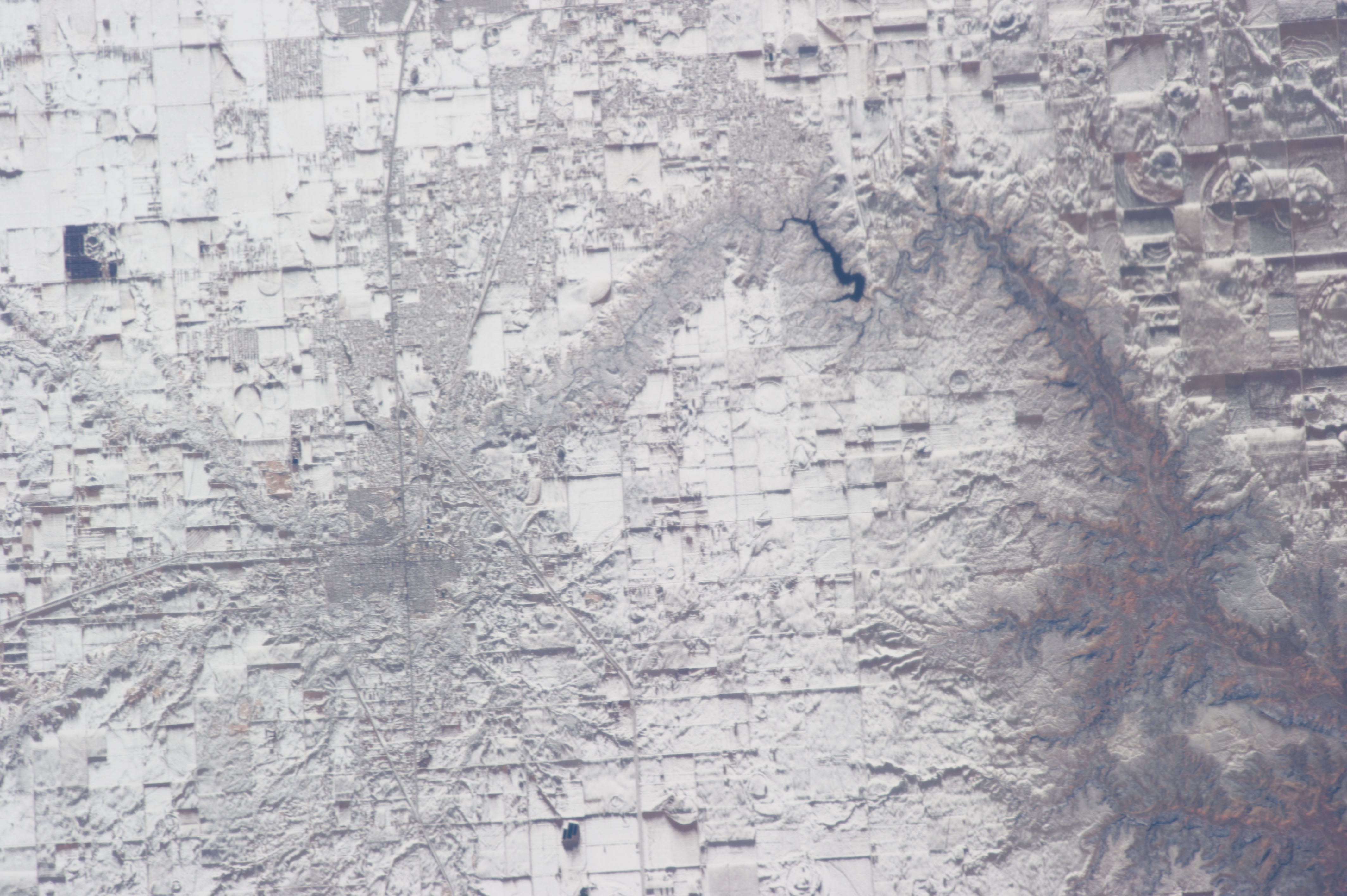 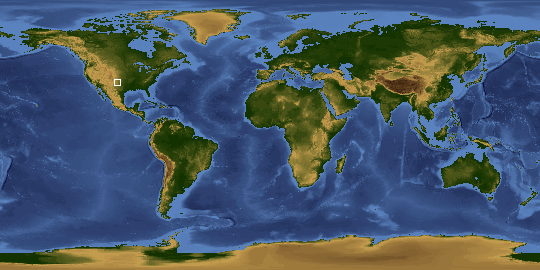 The winter season of 2012-2013 has been marked by powerful snowstorms with record-setting levels of snowfall throughout much of the Midwestern United States. This astronaut photograph, taken from the International Space Station, features the Southern High Plains of north Texas directly south of the city of Amarillo, TX (off image to the north). The snowstorm that had passed through this area before the image was taken left a record snowfall of approximately 43 centimeters (17 inches).

Snow blankets the city of Canyon, TX at image left. Urban area street grids and stream channels appear etched into the landscape by the snow - a result of both melting and street clearing in the urban regions, and the incised nature of the stream channels into the surrounding plains. Palo Duro Canyon at image right is largely free of snow along the Prairie Dog Town Fork of the Red River channel and lower elevations, allowing the red sedimentary rocks forming the canyon walls to be visible. Agricultural fields in the area are easily identified due to the even snow cover broken only by roadways between the fields.

Lake Tanglewood, a reservoir located to the northeast of Canyon appears dark due to a lack of ice cover. Another dark region to the northwest of Canyon is a feed yard for cattle; any snowfall is this area has been removed by the actions of the livestock.