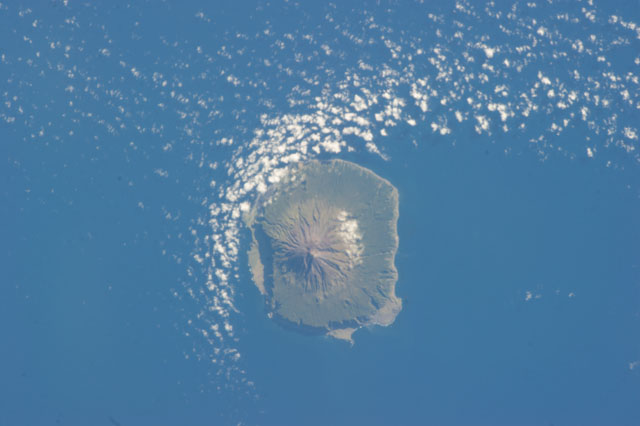 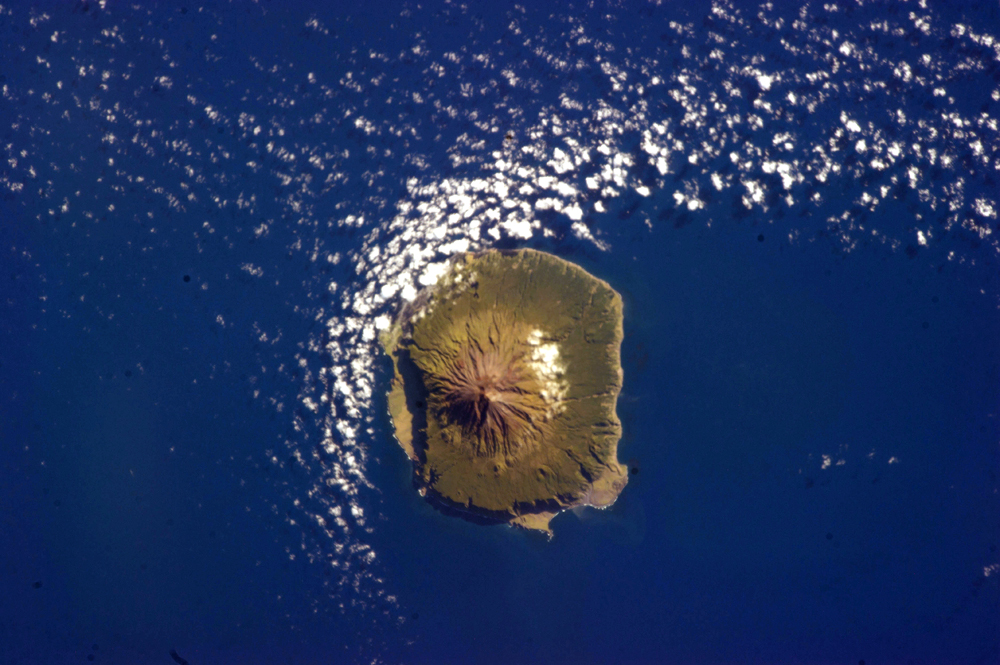 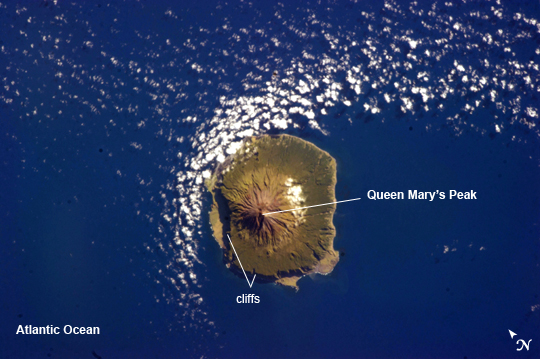 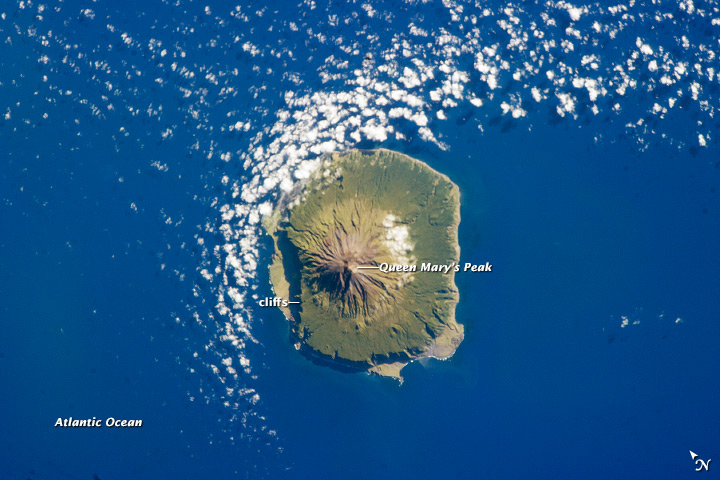 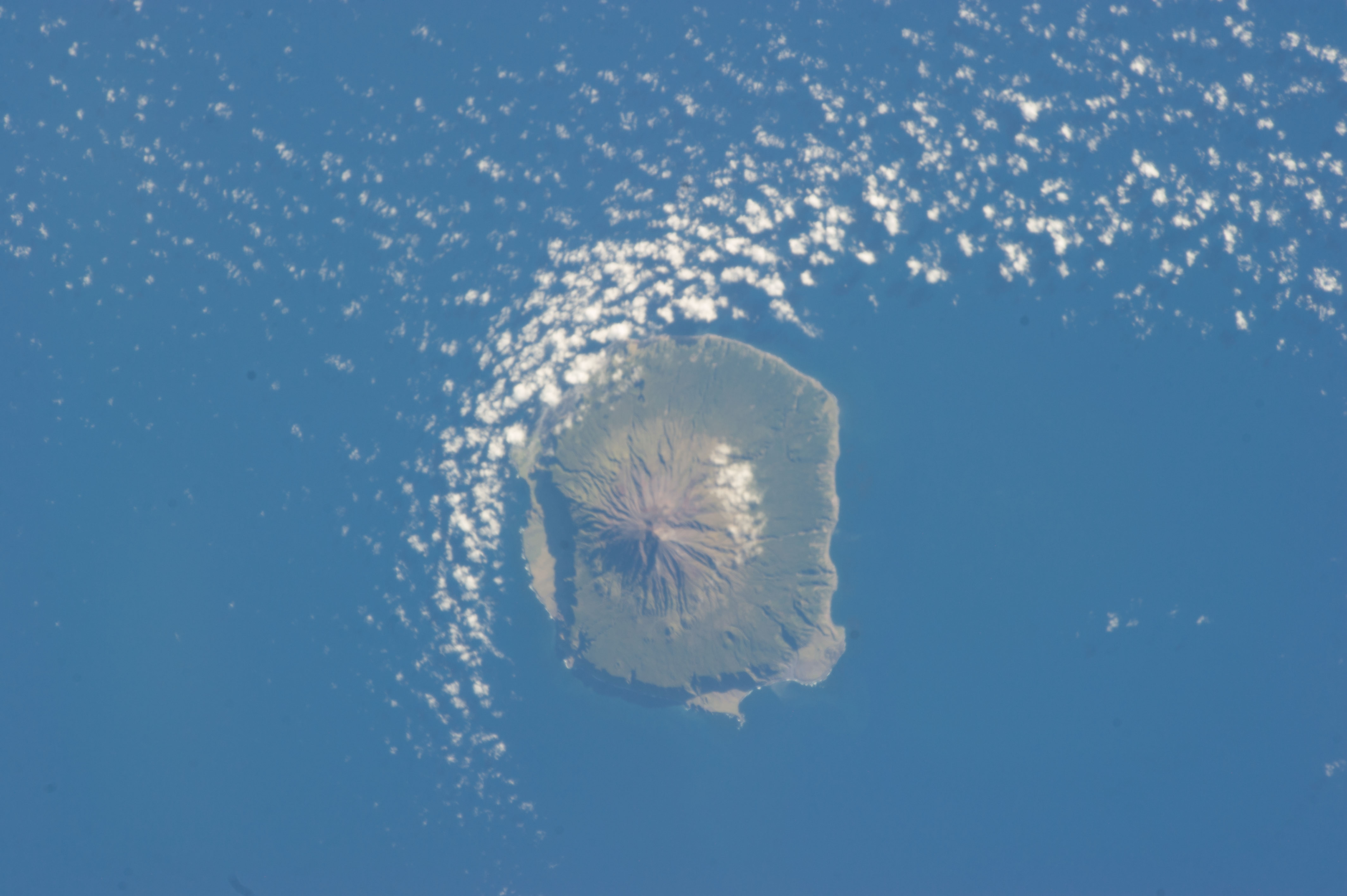 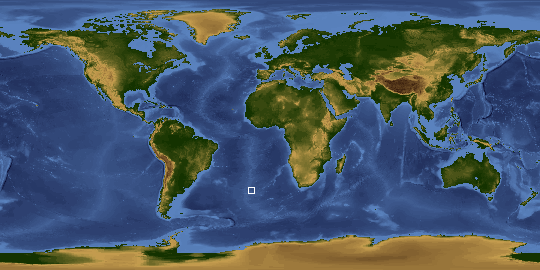 The island of Tristan da Cunha is located in the southern Atlantic Ocean; more than 3700 km from the northern coastline of Antarctica, approximately 2800 km to the southern tip of Africa, and more than 3000 km from the eastern coastline of South America. The island forms part of the British Overseas Territory of Saint Helena, Ascension, and Tristan da Cunha. The shoreline of the 13 km-wide island is marked on most sides by steep cliffs, with lower beach areas on the southern and north-northwestern sides. The island is notable for its bird population, including important breeding grounds for a variety of petrels, albatrosses, penguins and shearwaters.

Tristan da Cunha is a shield volcano, a type of volcanic structure usually recognized by a low, broad profile and composed of silica-poor lavas (such as basalt). The upper surface of this low base appears dark green in this astronaut photograph. Steeper, brown to tan colored slopes mark the central cone of the volcano at the island's center. The summit crater, Queen Mary's Peak, sits at an elevation of 2060 meters above sea level. While geologic evidence indicates that eruptions have occurred from the central crater, lavas have also erupted from flank vents along the sides of the volcano as well as smaller cinder cones.

The last known eruption of Tristan da Cunha took place 1961-1962 and forced evacuation of the only settlement on the island, Edinburgh of the Seven Seas. The settlement is located along the northern coastline of the island (obscured by clouds in this image). This is considered to be the most remote permanent settlement on Earth, with its citizen's nearest neighbors located 2173 km to the northeast on the island of St. Helena.