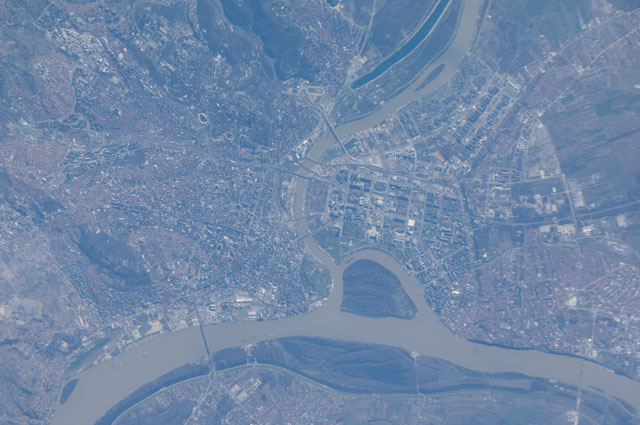 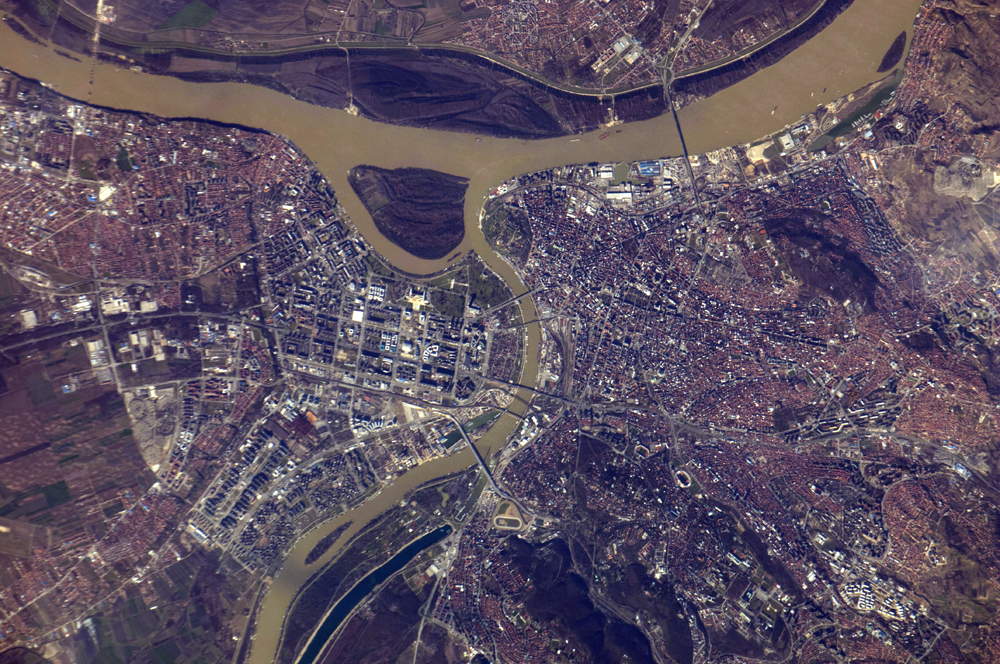 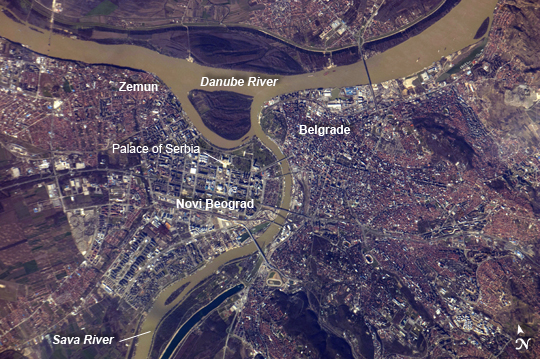 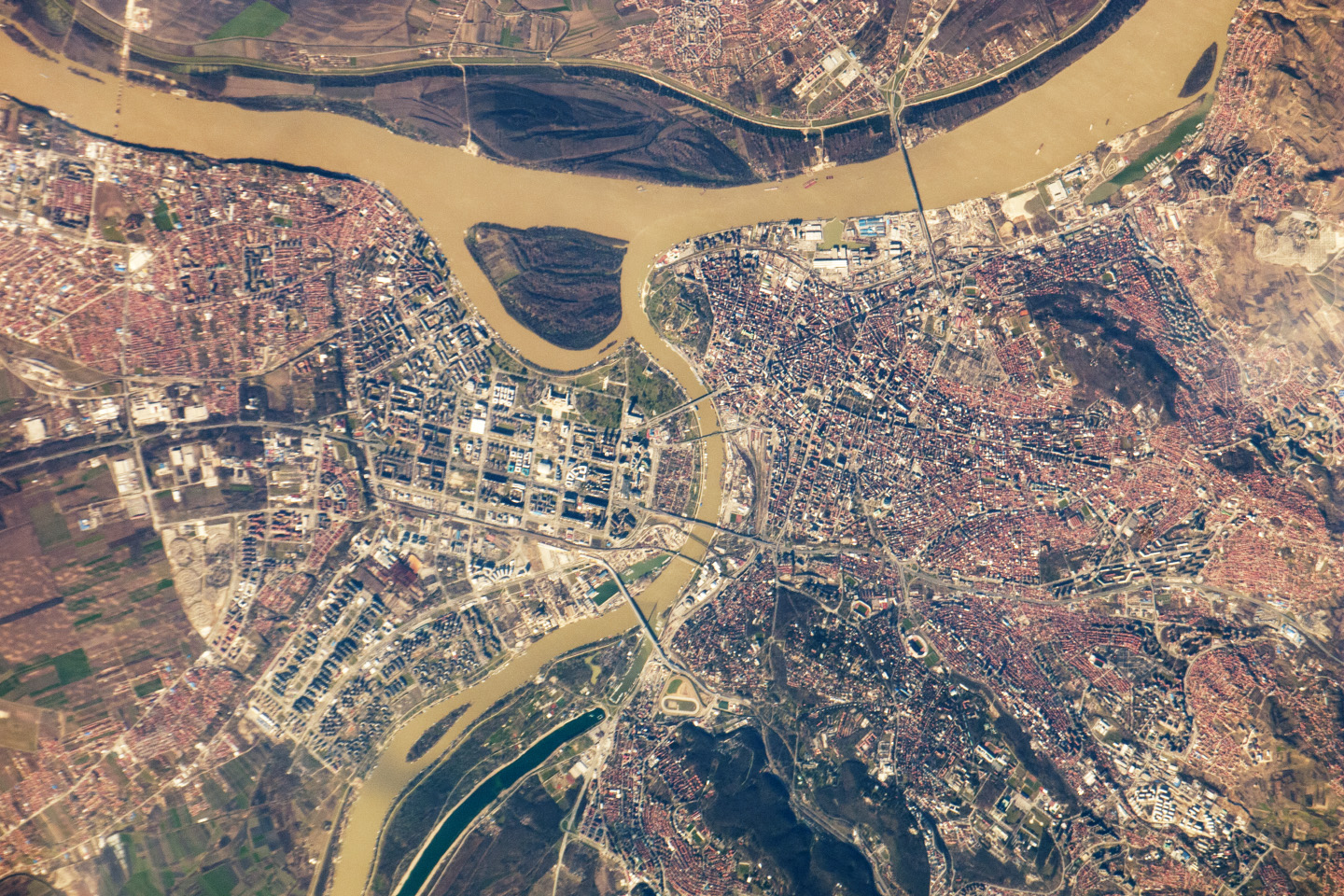 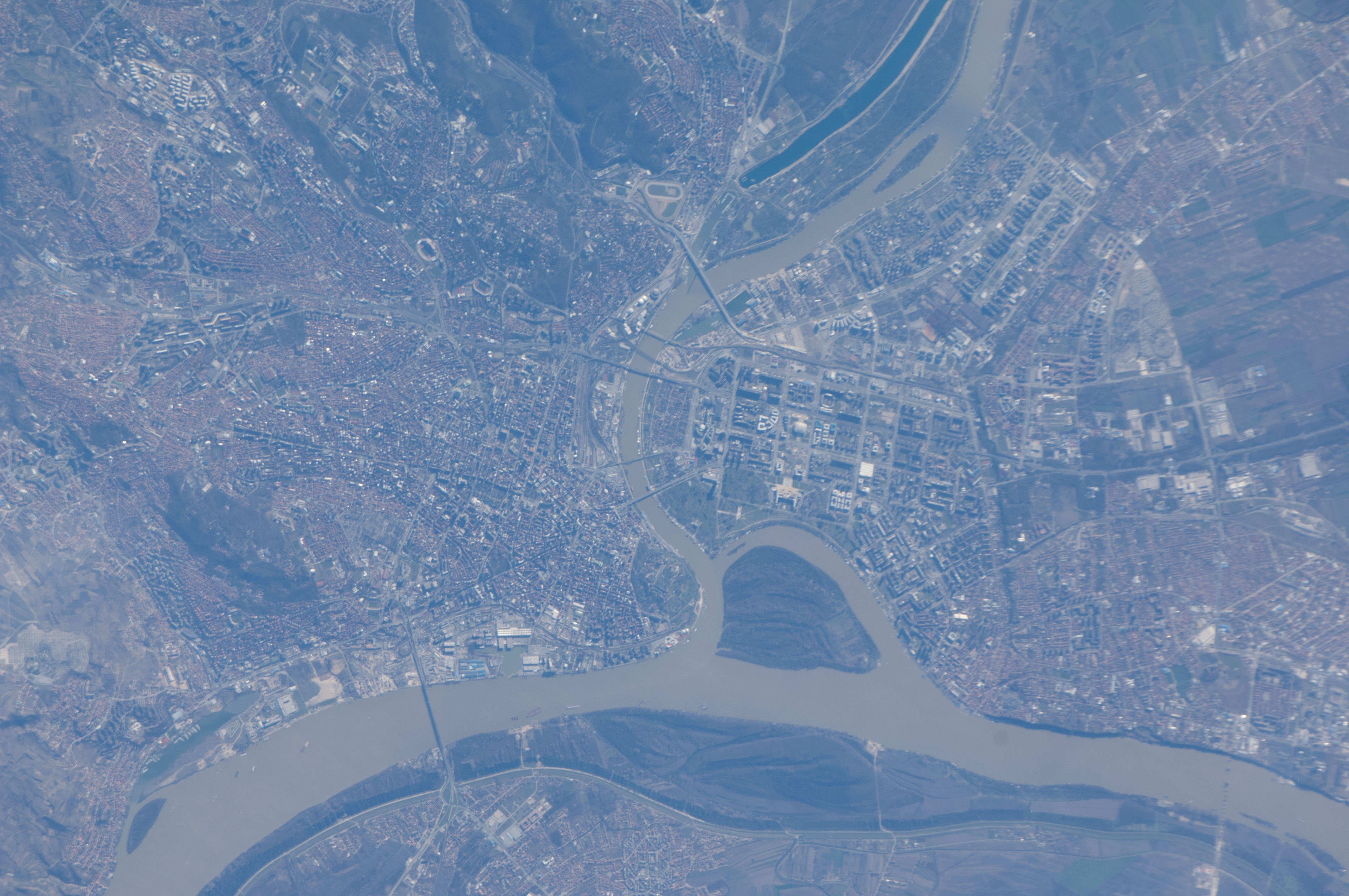 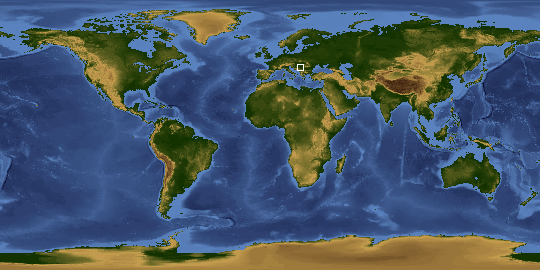 Located at the confluence of the Danube and Sava Rivers, Belgrade is the capital city of the Republic of Serbia. The Belgrade metropolitan area has a population of 1.65 million (2011 census information) which ranks it as one of the largest such areas in southeastern Europe. Human occupation of the Belgrade area can be traced back over 6000 years, and a city that became Belgrade existed by at least 279 BC. Throughout recorded history, the city has suffered through numerous battles and had many rulers, frequently being completely destroyed and rebuilt in the process. In recent history, it was the capital of the former socialist state of Yugoslavia throughout most of the 20th century.

The core of old Belgrade - known as Kalemegdan -is located along the right banks of both the Danube and the Sava Rivers (image center). To the west across the Sava, Novi Beograd (New Belgrade) was constructed following World War II. The difference in urban pattern between the older parts of Belgrade and Novi Beograd is striking in this detailed astronaut photograph. Novi Beograd has an open grid structure formed by large developments and buildings such as the Palace of Serbia (image center)--a large federal building constructed during the Yugoslav period, and now used to house elements of the Serbian government. In contrast, the older urban fabric of Belgrade is characterized by a denser street grid and numerous smaller structures.

Other largely suburban and residential development (characterized by red rooftops) extends to the south, east, and across the Danube to the north. The location of Belgrade along trade and travel routes between the East and West contributed to both its historical success as a center of trade and its fate as a battleground. Today, the city is the financial center of Serbia while Novi Beograd supports one of the largest business districts in southeastern Europe.