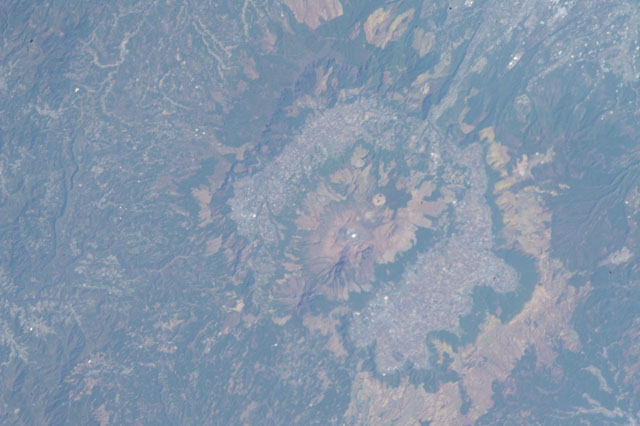 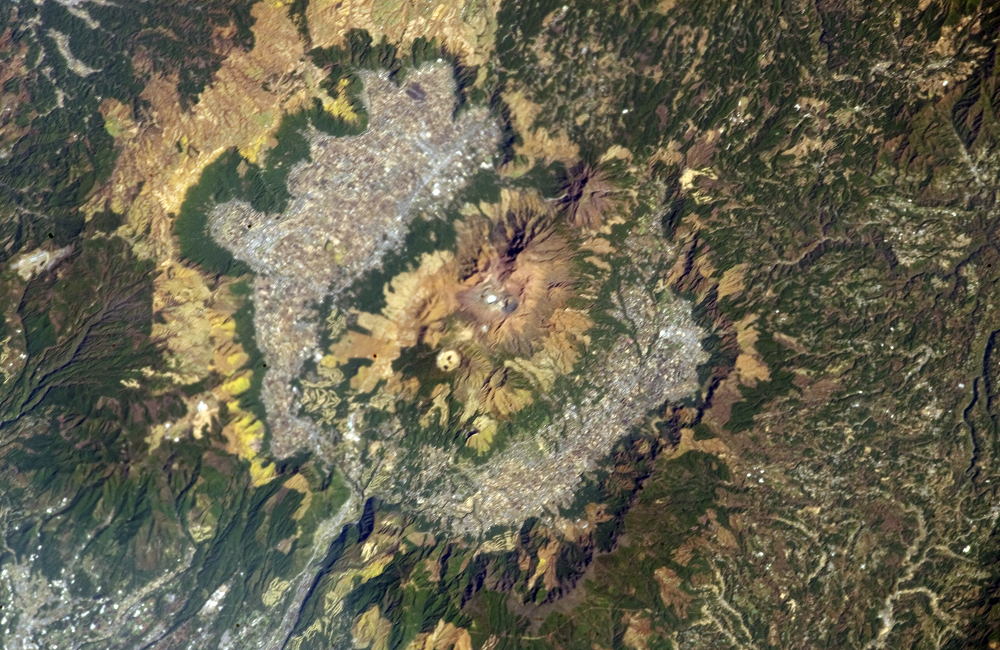 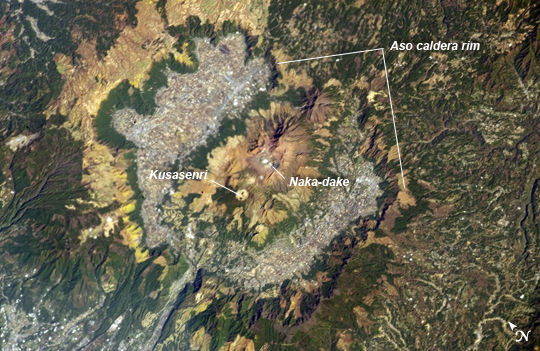 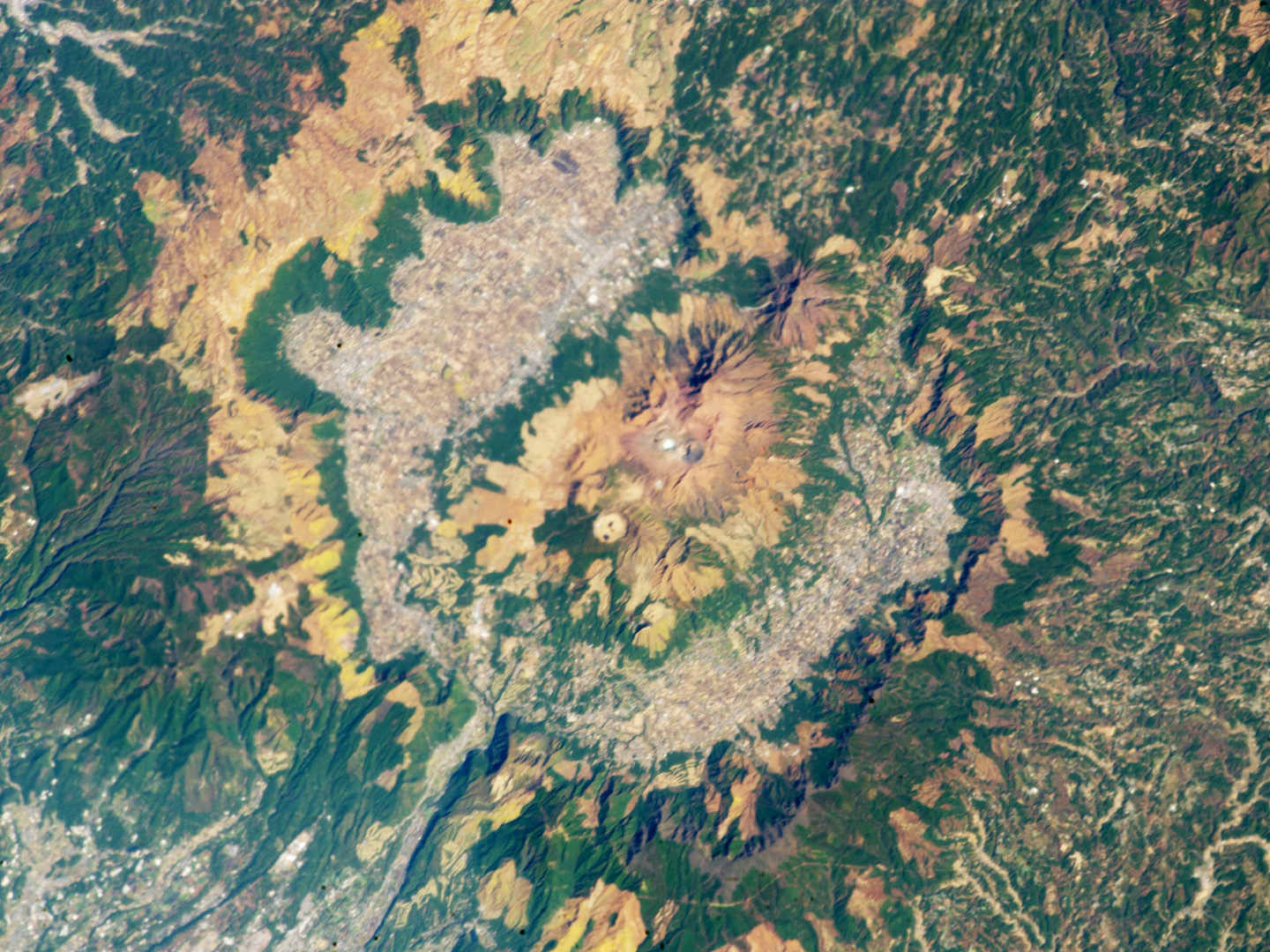 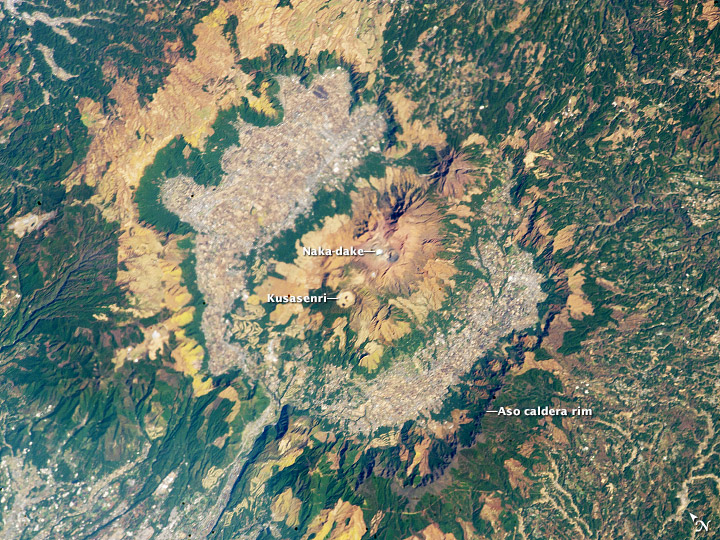 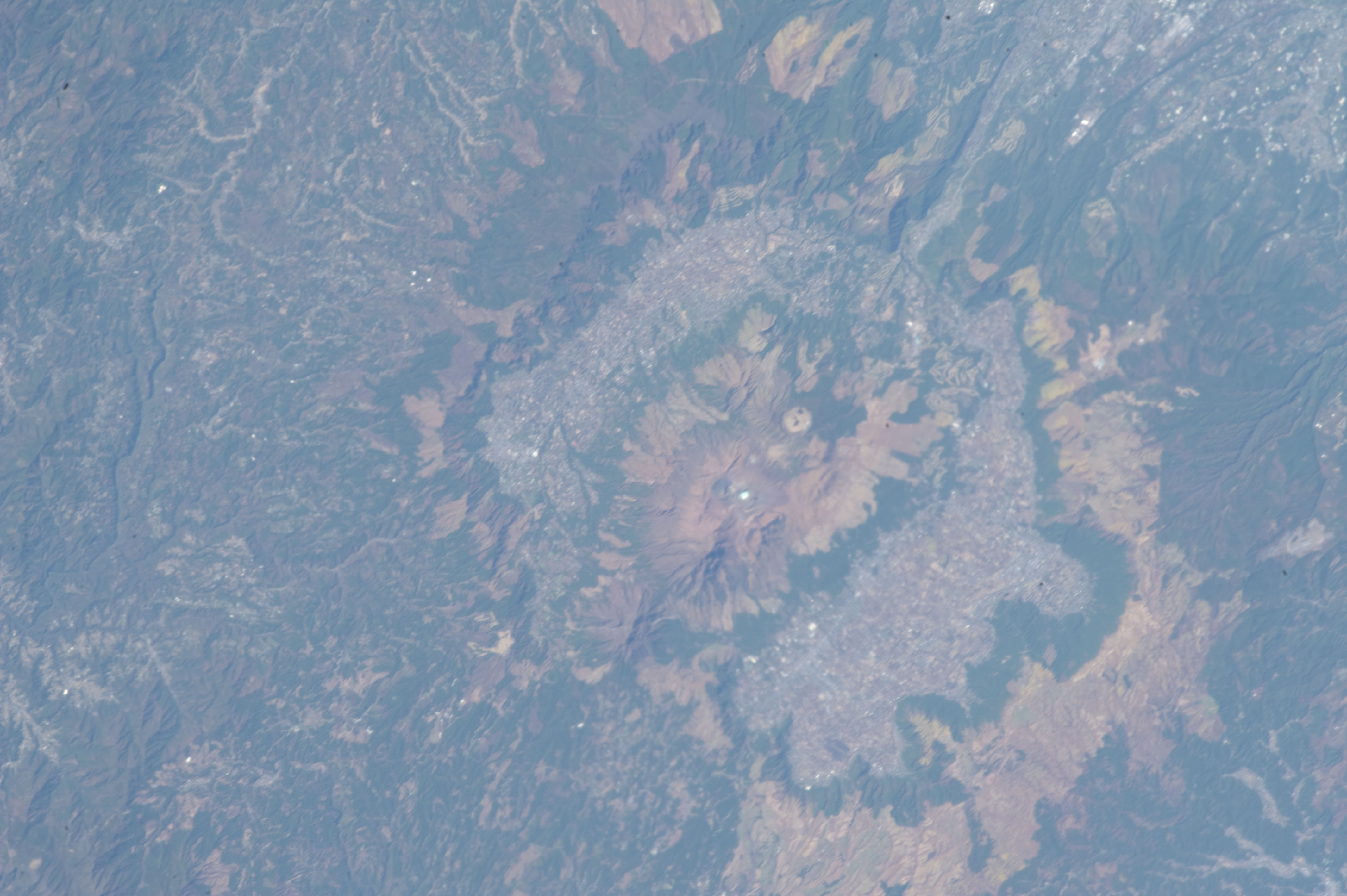 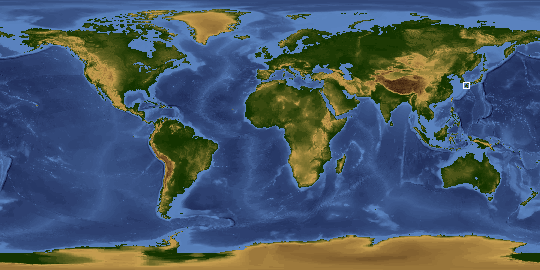 This astronaut photograph highlights the 24-km wide Aso caldera on the Japanese Island of Kyushu, formed during four explosive eruptions that took place from 300,000 to 90,000 years ago. These major eruptions produced pyroclastic flows and airfall tephra that covered much of Kyushu. As the eruptions emptied the magma chambers beneath the ancient volcanoes, they collapsed - forming the caldera. Shadows highlight the caldera rim at image right, while green vegetation covers slopes between the rim and caldera floor at image left.

Volcanic activity continued in the caldera following its formation, represented by 17 younger volcanoes including Naka-dake at image center. Naka-dake is one of Japan's most active volcanoes, with ash plumes produced from the summit crater as recently as June 2011. Another prominent crater, Kusasenri, is visible to the west of Naka-dake. This crater is the site of the Aso Volcano Museum as well as pasture for cows and horses.

The Aso caldera floor is largely occupied by urban and agricultural land uses that present a gray to white speckled appearance in the image. Fields and cities surround the younger volcanic structures in the caldera center to the north, west, and south. Tan to yellow-brown regions along the crater rim, and along the lower slopes of the younger volcanic highlands in the central caldera, are lacking the dense tree cover indicated by greener areas in the image.