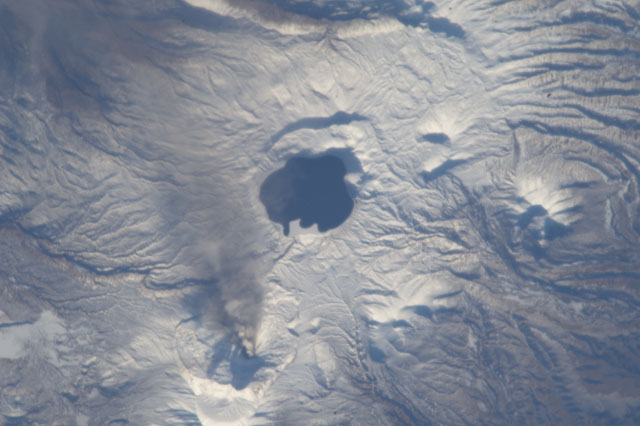 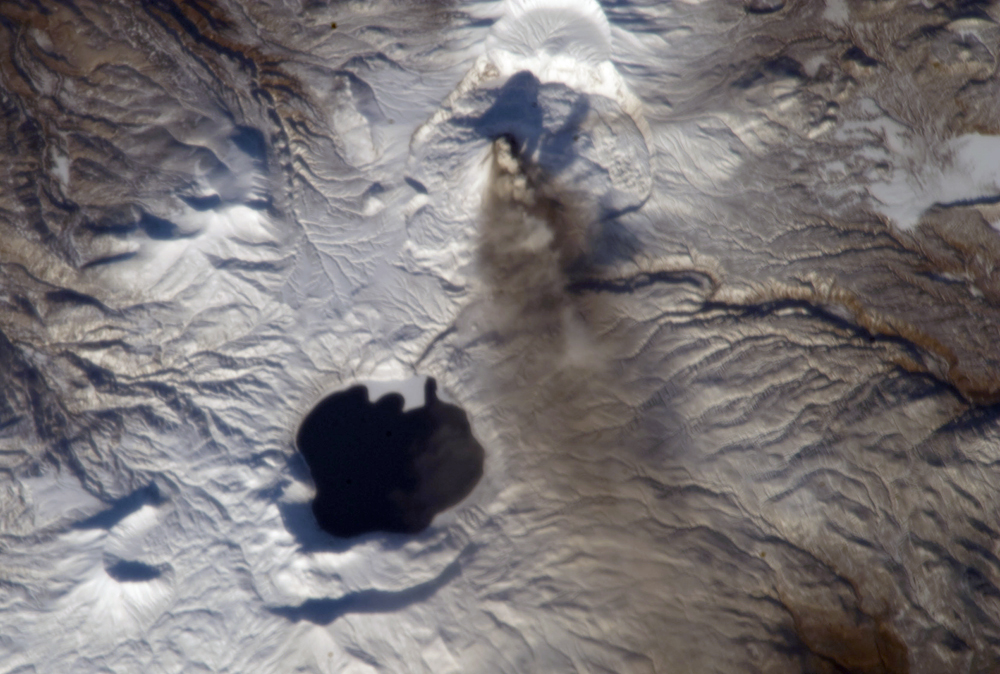 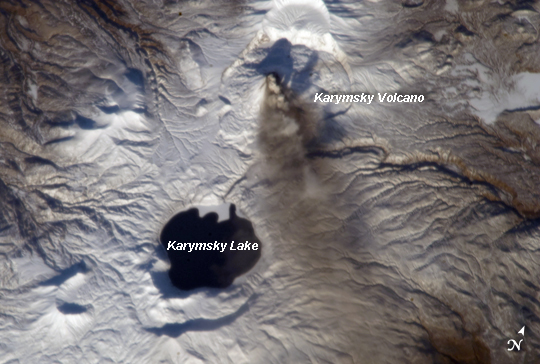 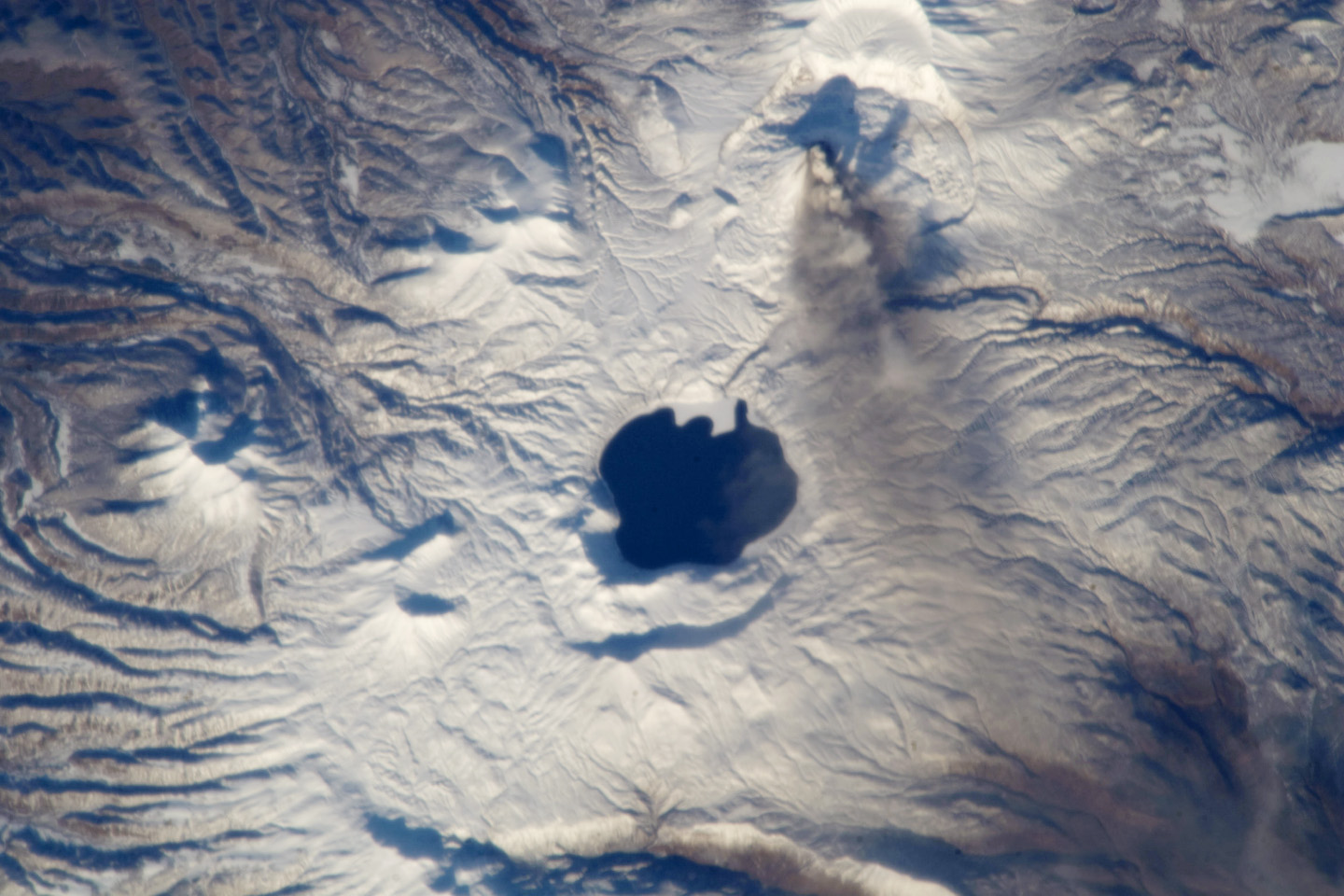 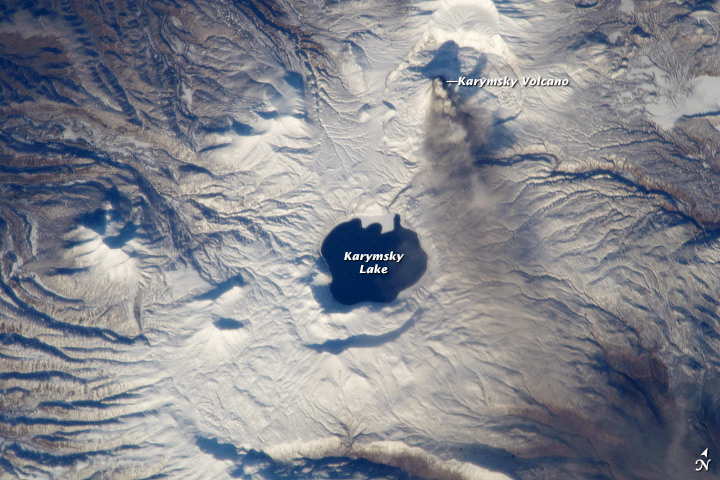 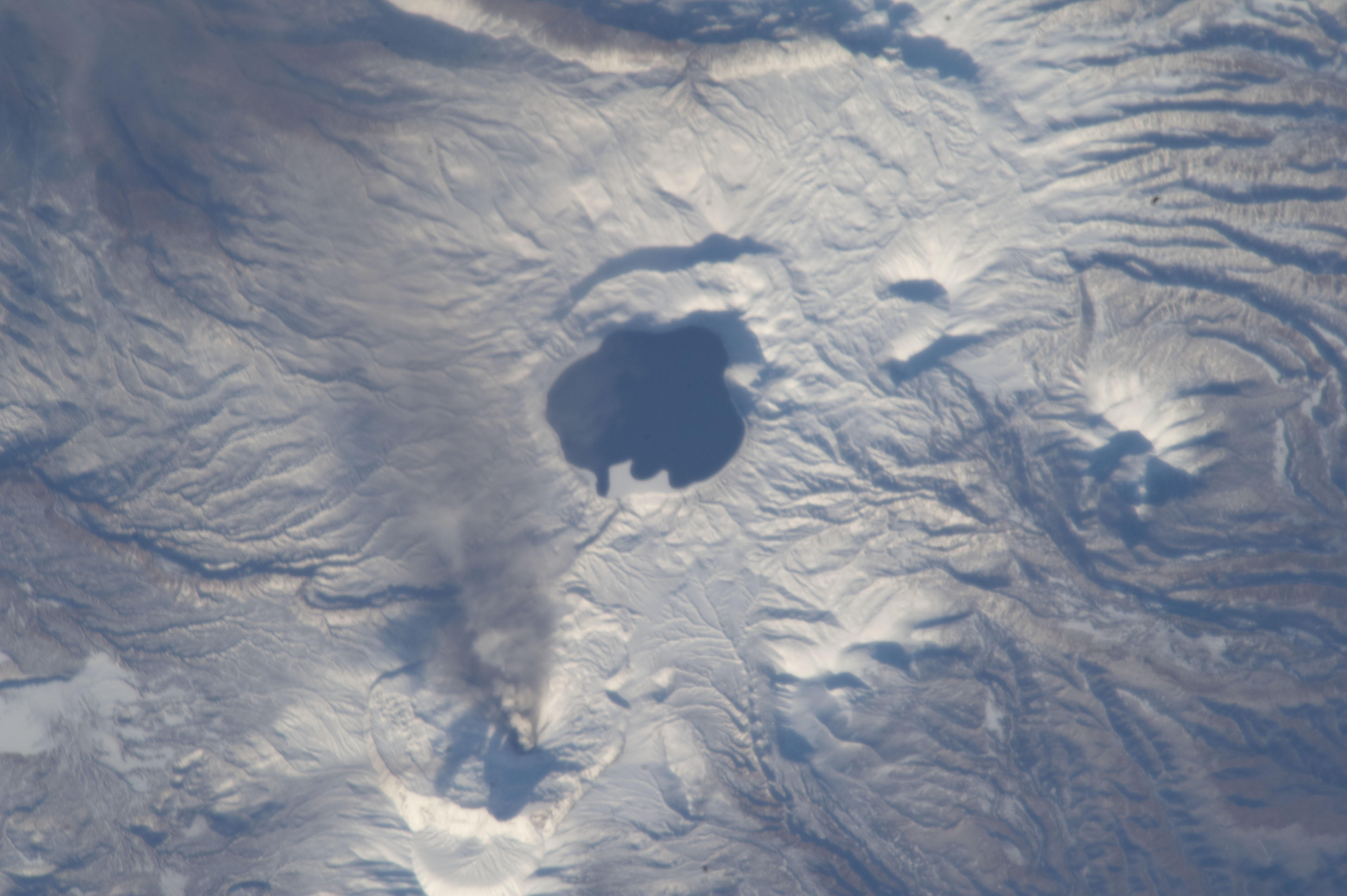 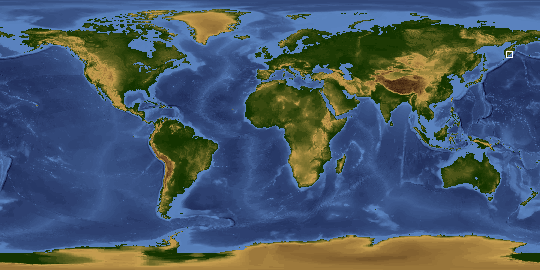 The Karymsky stratovolcano stands 1536 meters above sea level, with most eruptions and occasional lava flows originating from the summit. Karymsky is the most active of Kamchatka's eastern volcanoes, with almost constant (on a geologic time scale) volcanism occurring since at least the late 18th century when the historical record for the region begins. In light of the high levels of volcanic activity on the Kamchatka Peninsula, the Kamchatka Volcanic Eruption Response Team (KVERT) monitors the activity levels of several volcanoes and issues updates including aviation alerts and webcams.

KVERT reported moderate seismic activity at Karymsky during 2-9 November 2012; such activity can indicate movement of magma beneath or within a volcanic structure and can indicate that an eruption is imminent. The Tokyo Volcanic Ash Advisory Center (VAAC) subsequently reported an explosive eruption at Karymsky on November 9, 2012 at 22:15 GMT. This astronaut photograph of the resulting ash plume was taken approximately 1 hour and 35 minutes after the eruption began. The plume extends from the summit of Karymsky (image top center) to the southeast, with brown ash deposits darkening the snow cover below the plume.

The Akademia Nauk caldera - now filled with water to form the present-day Karymsky Lake - is located to the south of Karymsky volcano. Calderas are formed by explosive eruption and emptying of a volcano's magma chamber - leading to collapse of the structure to form a large crater-like depression. Akademia Nauk last erupted in 1996.