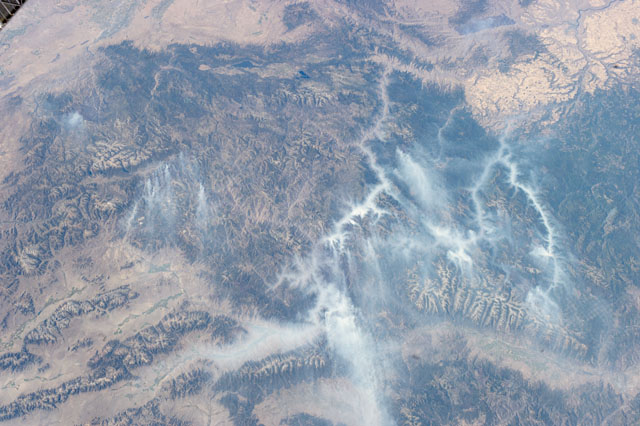 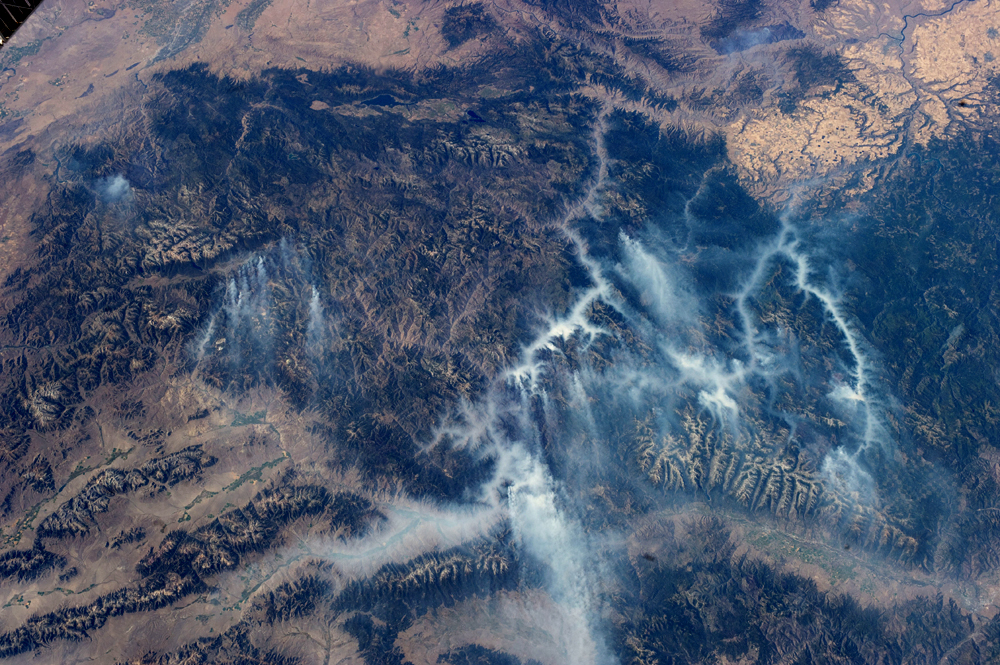 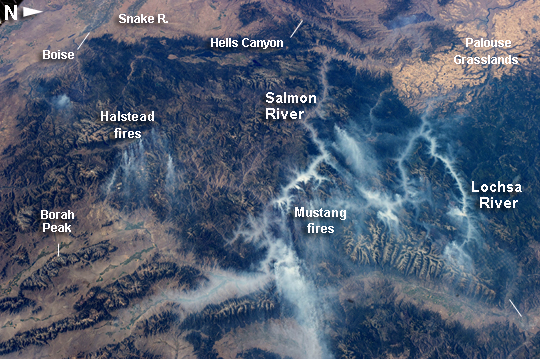 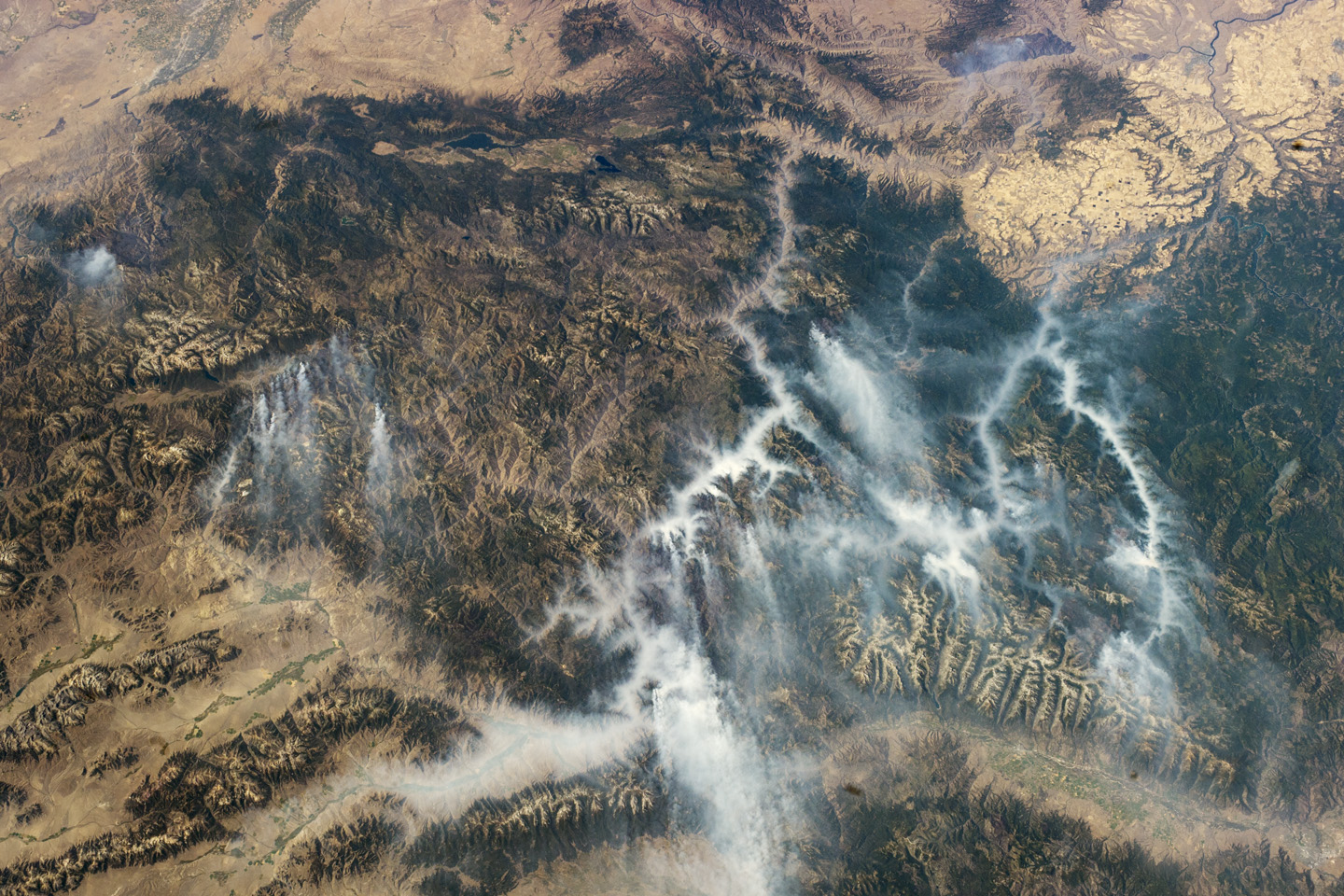 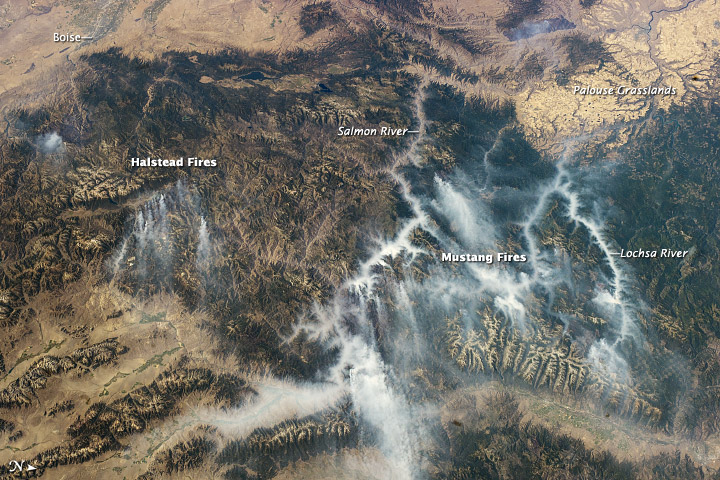 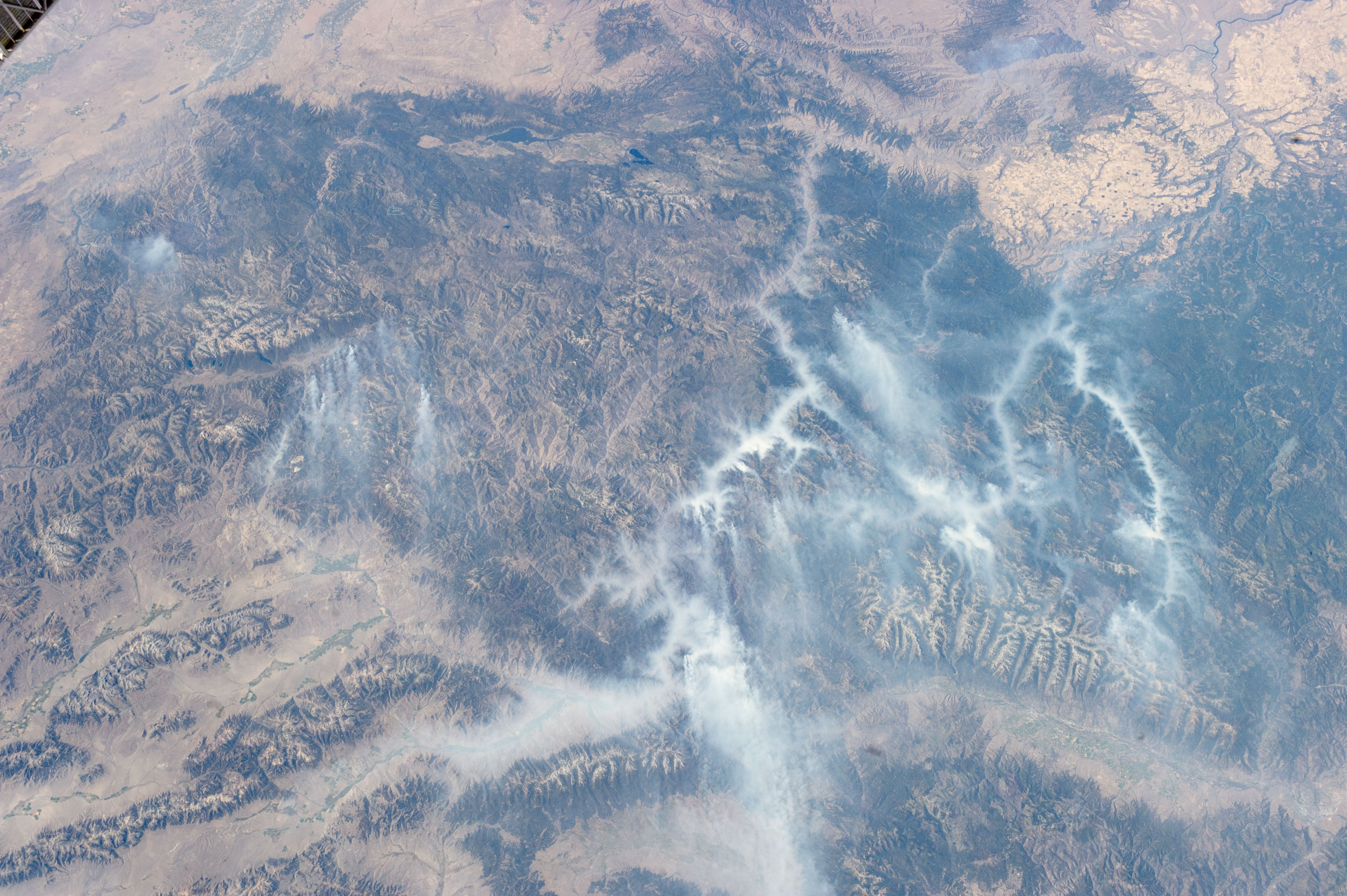 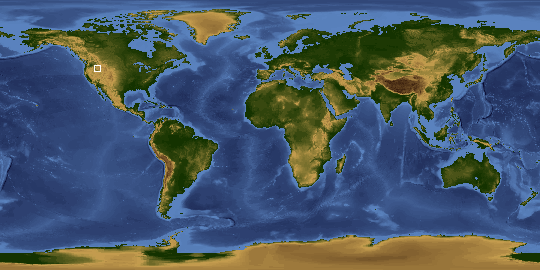 Taken with a short lens (45 mm), this west-looking astronaut photograph has a field of view covering much of the forested region of central Idaho. The dark areas are all wooded mountains--the Salmon River Mts. (image left), Bitterroot Mts. (image lower right) and Clearwater Mts. (image right). All three areas experienced wildfires in September 2012--this image illustrates the situation early in the month. Smaller fire 'complexes" appear as tendrils of smoke near the sources (e.g. Halstead complex image left), and as major white smoke plumes from the Mustang fire complex in the densest forests (darkest green, image center) of the Clearwater Mts. This was the largest plume noted in the region with thick smoke blowing eastward over the Beaverhead Mts at image bottom.

The linear shape of the smoke plumes gives a sense of the generally eastward smoke transport on this day in early September. The smoke distribution shows another kind of transport: at night, when winds are weak, cooling of the atmosphere near the ground causes drainage of cooled (denser) air down into the major valleys. Here the smoke can be seen flowing west down into the narrow Salmon and Lochsa River valleys (at a local time of 12:18:50 PM)--in the opposite direction to the higher winds and the thick smoke masses.

The bright yellow-tan areas at image top left and top right contrasting with the mountains are grasslands of the Snake River in southern Idaho around Boise, and the Palouse region in western Idaho-SE Washington state. This latter area is known to ecologists as the Palouse Grasslands Ecoregion. Light green areas visible in the center of many of the valleys are agricultural crops including barley, alfalfa, and wheat.

The image also shows several firsts of which Idaho can boast. The Snake River between Boise and the Palouse region has cut Hells Canyon (image top), the deepest gorge in the US at almost 2436 meters (8000 feet). The largest single wilderness area in the contiguous US, the Frank Church-River of No Return Wilderness occupies the wooded zones of the Salmon River Mts and the Clearwater Mts., i.e. most of the area shown in the middle of the image. Idaho's highest peak is Borah Peak (image lower left) at 3860 meters above sea level (12,662 feet asl). The Continental Divide cuts through the bottom of the image--rivers on the eastern slopes of the Beaverhead Mts drain to the Atlantic Ocean, whereas rivers in the rest of the area drain to the Pacific Ocean.