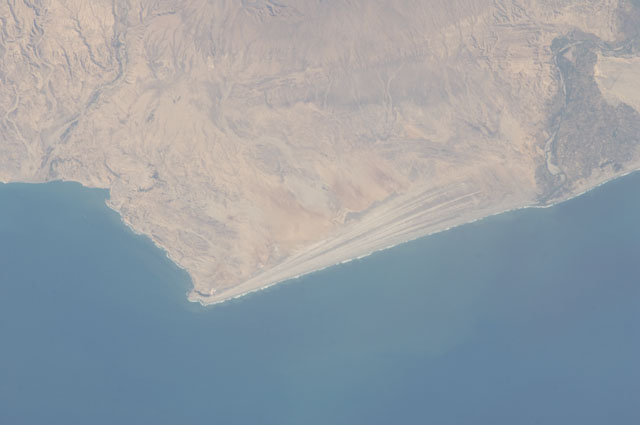 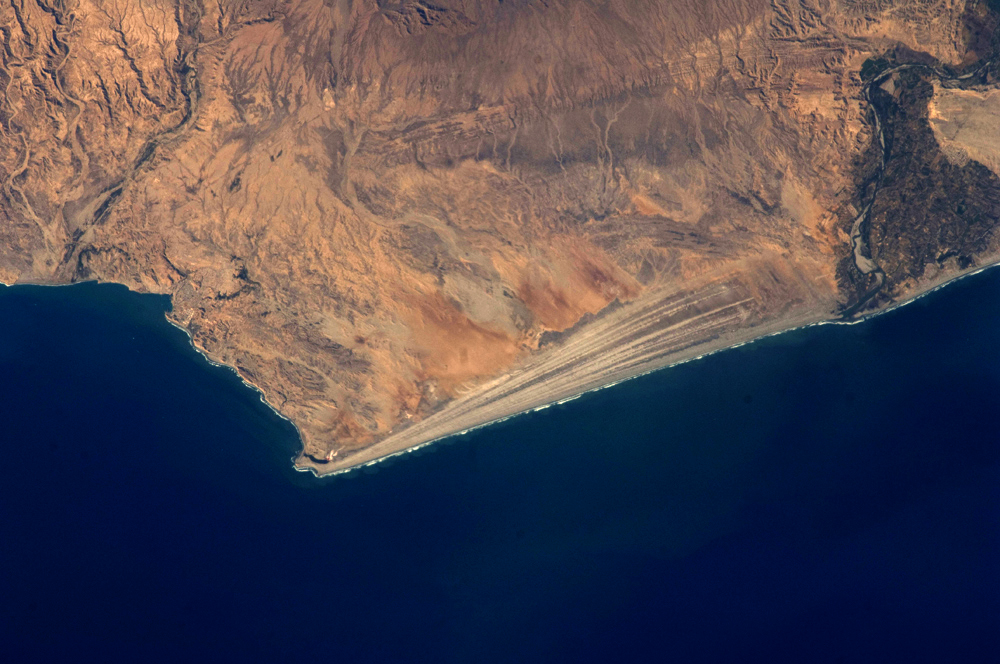 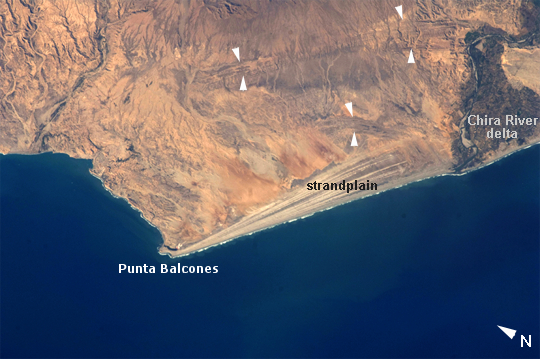 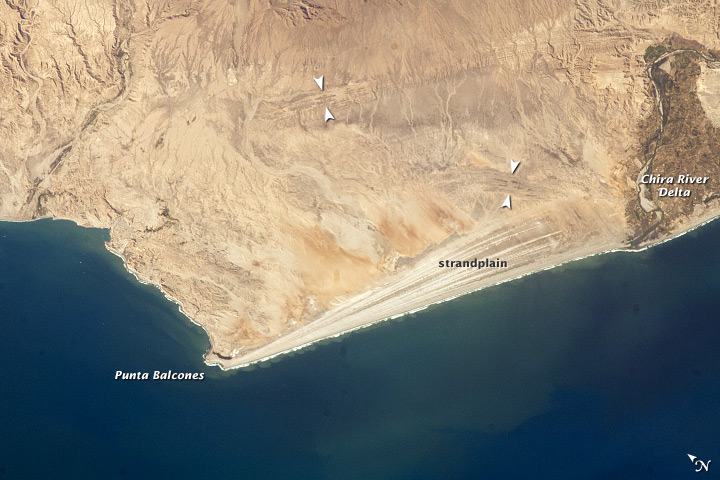 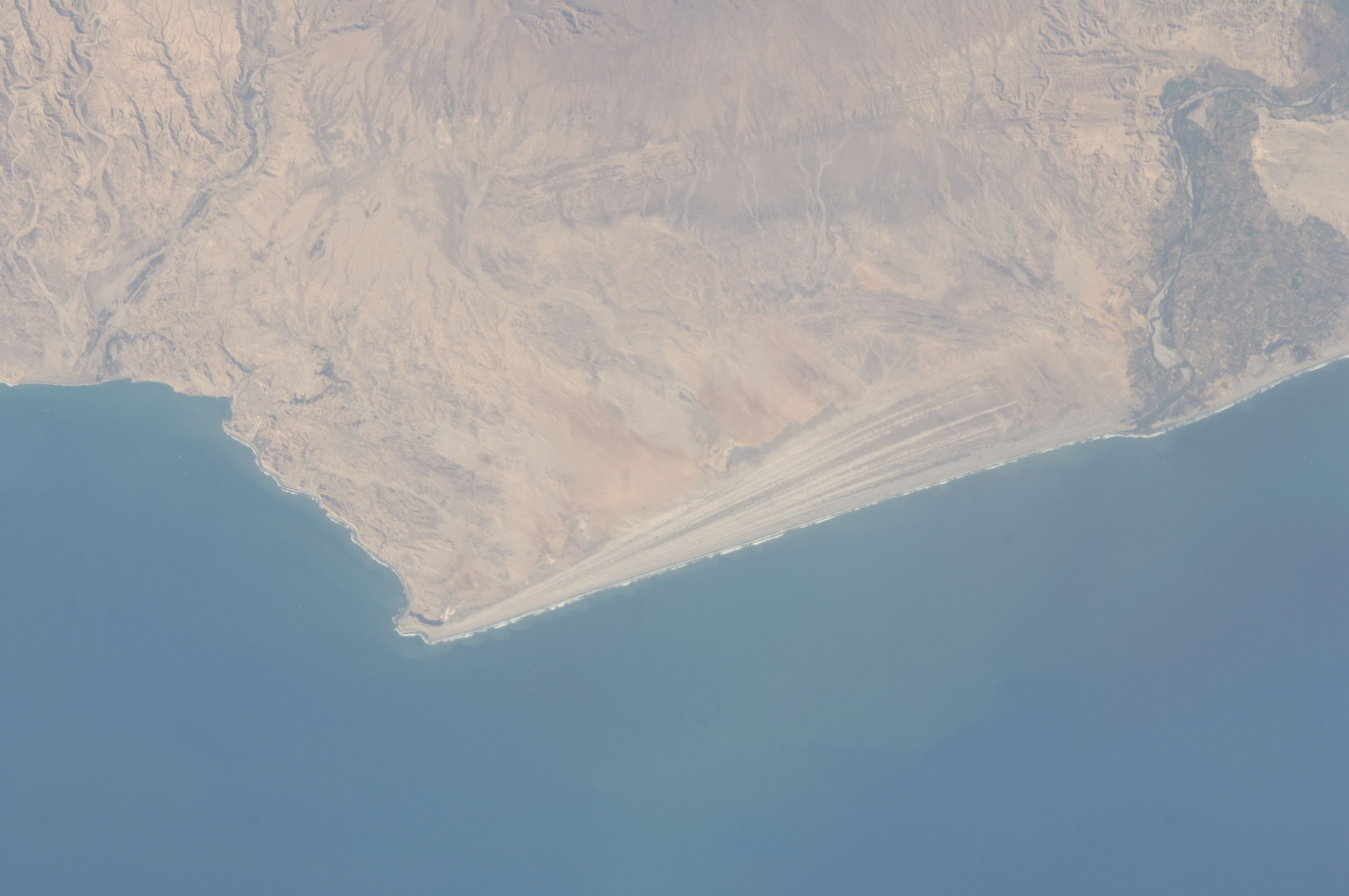 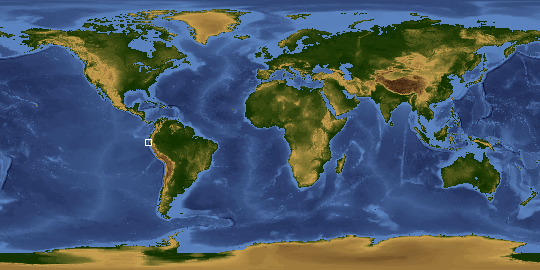 The scale and orientation of landscape features that are difficult to see on the ground often become readily visible from orbit. Numerous subparallel lines (image center) along the arid, northern coast of Peru (about 5 degrees south of the Equator) are close-packed beach ridges, known collectively as a strandplain (for scale, the strandplain is 30 km long). Each ridge shows the position of a prior shoreline. The Chira River delta appears at image right, with dark green agricultural fields occupying the delta of the river. A smaller river reaches the sea, without forming a delta, at image extreme left. The prominent cape at lower left is Punta Balcones, a region with many oil wells.

Strandplains are built by successive additions of beach sand usually from some nearby source. Currents on this coast of South America come from the south, suggesting that the Chira River delta (image right) is the source of the sand. The newest beach is being formed today by the waves--which appear as the thin ragged white line along the strandplain--supplied by the north-flowing current. The regularity of the spacing of the beaches suggests that some episodic influx of sediment controls beach formation. This influx may be determined by floods coming down the Chira River, possibly controlled by the heavy rains of El Nino events which occur irregularly every few years.

Two other sets of faint parallel lines can be seen on higher ground inland (between arrows, image center and image top right), the upper set stretching all the way from the Chira river floodplain. Seen in many places along the coast of Peru, these may also be strandplains (i.e. formed at sea level) generated when the land surface was at a lower altitude; both also may have been produced by sand from the Chira River. The land surface is known to be rising along this coast with the rise of the Andes Mts. (outside the top of the image), explaining why the upper shorelines now lie 120 meters above sea level.