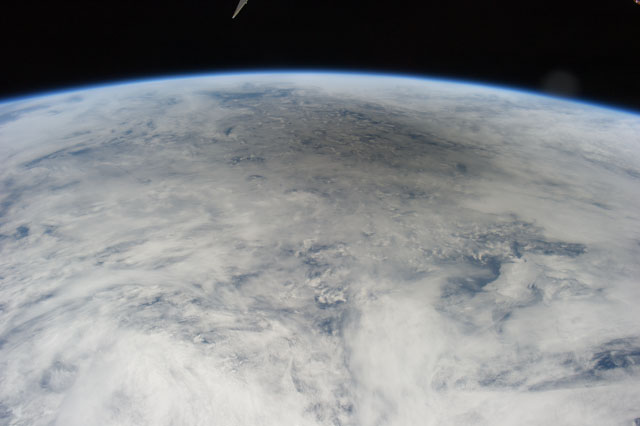 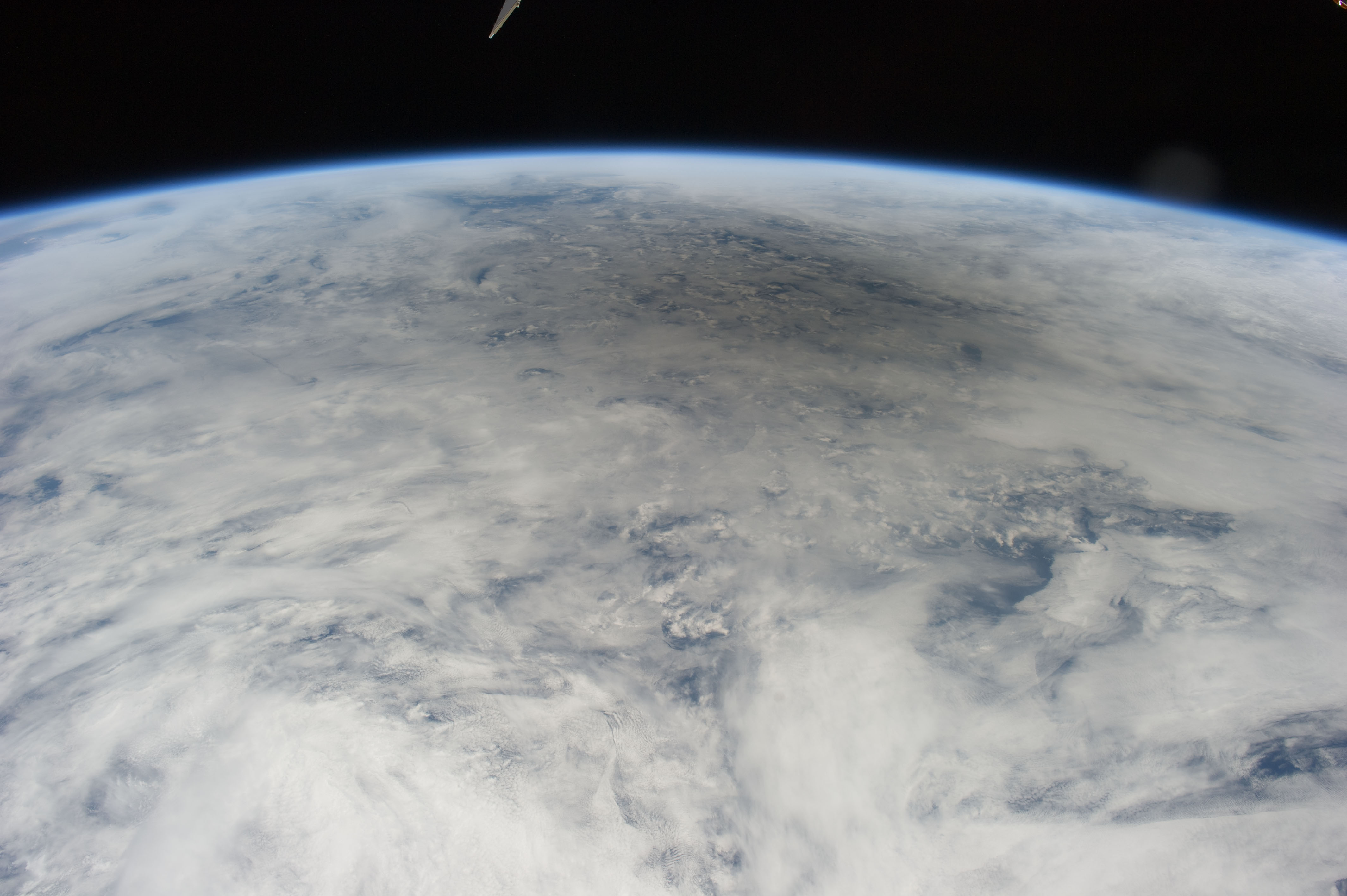 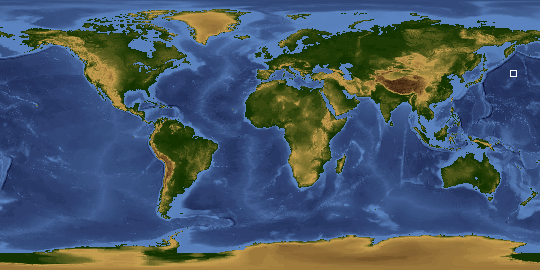 Other options available:
Download Packaged File
Download a Google Earth KML for this Image
View photo footprint information
Image Caption: ISS031-E-041635 (20 May 2012) --- Photographed by the Expedition 31 crew aboard the International Space Station and easily spotted at top center in this image is the gray shadow of the moon, cast on bright clouds of the northern Pacific Ocean, as the May 20 solar eclipse point tracked towards the Aleutian Islands and then on to northern California. The eclipse is seen obliquely so it appears as a flattened circle. The eclipse was visible for about 3.5 hours, and since the ISS orbits Earth every 90 minutes there was a chance that the ISS crew would see (if not the total eclipse by looking directly overhead), some evidence at least in the form of a partial eclipse. Only since the start of human spaceflight could such an image have been shot, looking back at the moon's shadow projected against Earth. As it happened, say NASA scientists, the timing was almost as good as if it had been planned. The space station passed behind the eclipse on May 20, that is, the shadow of the eclipse passed the point in the Northwest Pacific Ocean only three minutes before the station crossed the same point. But the crew was still able to see the densest part of the shadow a little more than 600 kilometers to the northeast of their position when they shot this photograph. The edge of the shadow looks diffused because of the partial eclipse zone-the wide area where more or less of the sun can be seen around the edge of the moon. The zone of partial eclipse covers a far wider area than the area covered by the total eclipse. Twenty-six minutes later, as they approached Antarctica in the other hemisphere, the six-member crew saw the sun set as they passed onto the dark side of the planet.