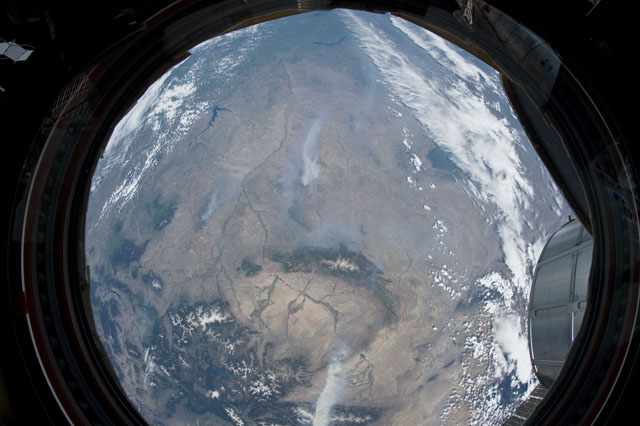 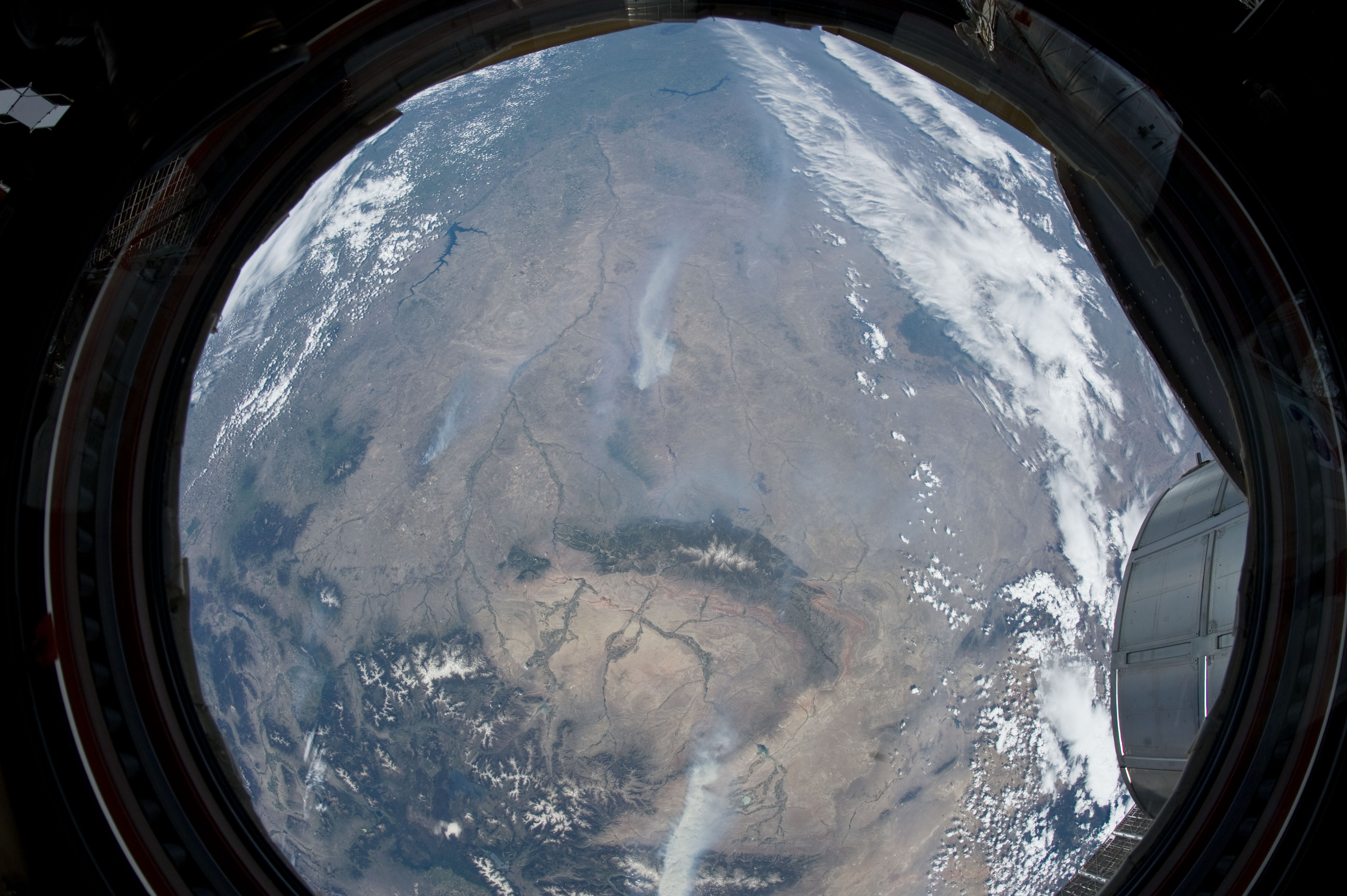 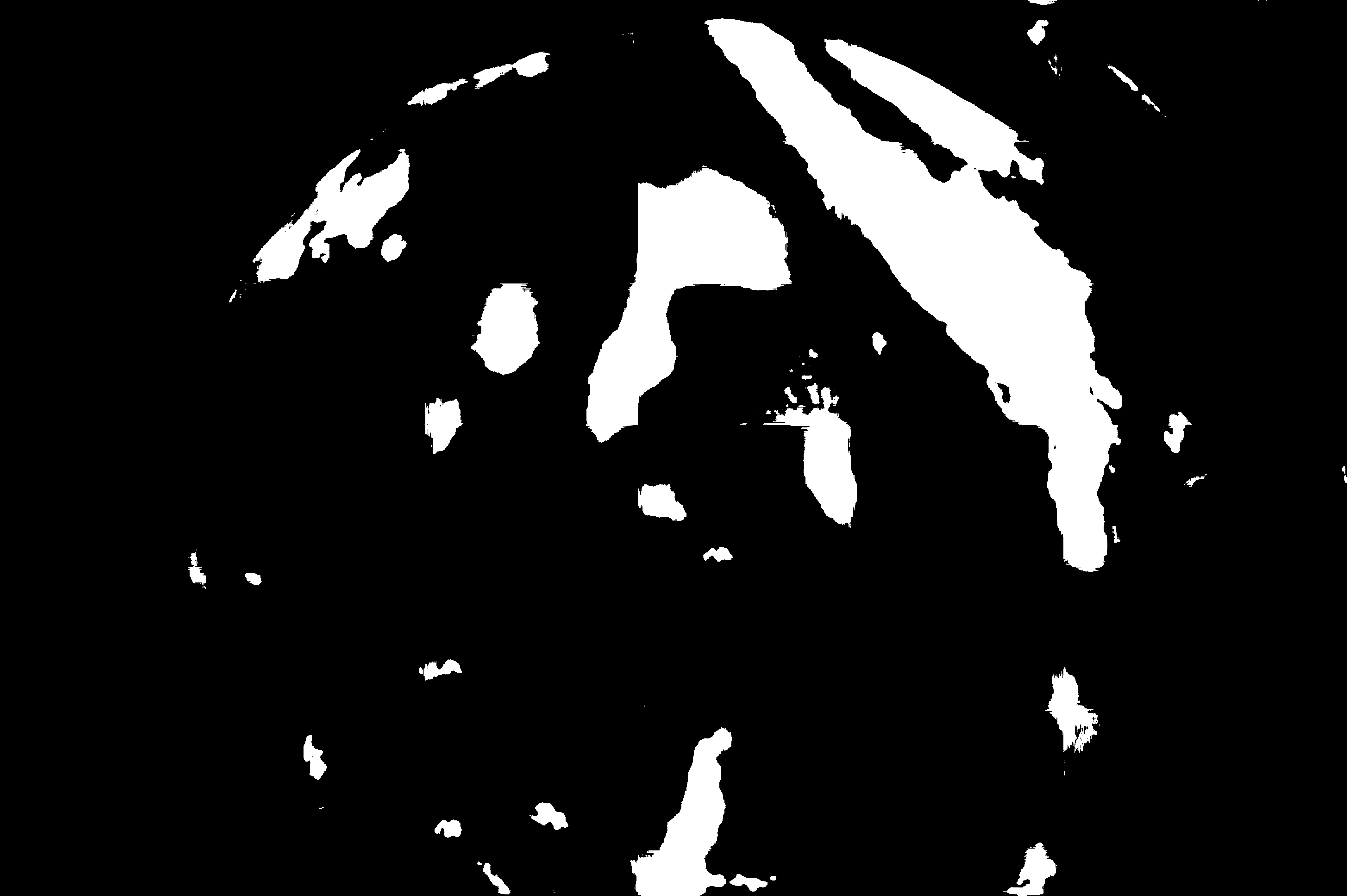 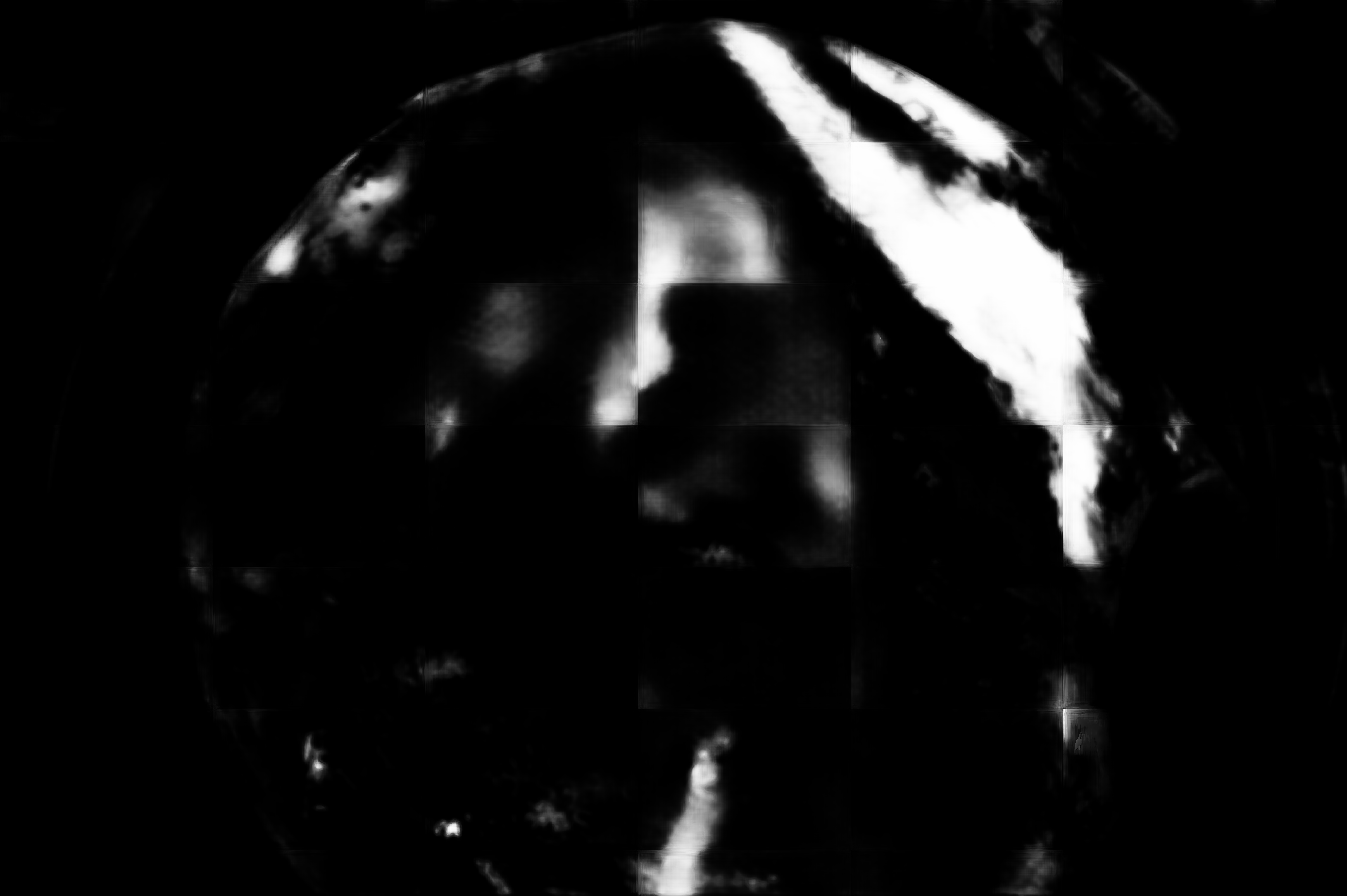 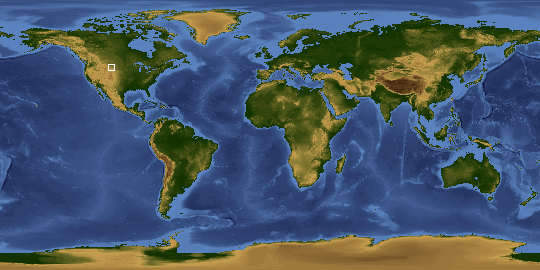 Other options available:
Download Packaged File
Download a Google Earth KML for this Image
View photo footprint information
Image Caption: ISS031-E-146343 (27 June 2012) --- An Expedition 31 crew member aboard the International Space Station, flying approximately 240 miles above Earth, recorded a series of images of the current wild fires in the west and southwestern United States. For this particular image, taken from the station's Cupola, he used a 16mm lens, which gives this view a "fisheye" affect. The fires give rise to thick smoke plumes on the southernmost extremity of the Wyoming Range, which occupies the bottom left portion of the image. Three helicopters and more than 100 personnel are fighting the fire, which is being managed by the Bridger-Teton National Forest. Part of a docked Russian Soyuz spacecraft and the Multi-Purpose Logistics Module (MPLM) are at lower right.