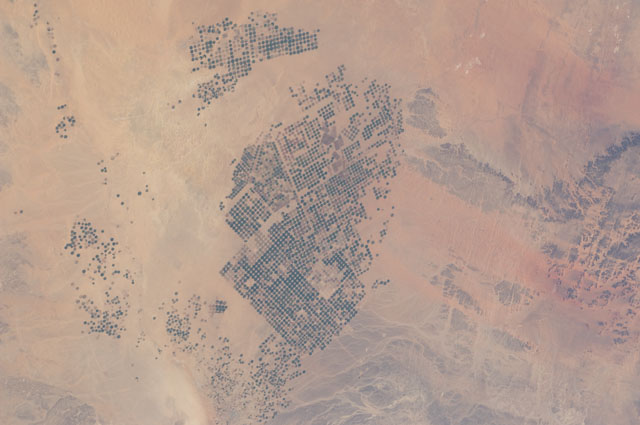 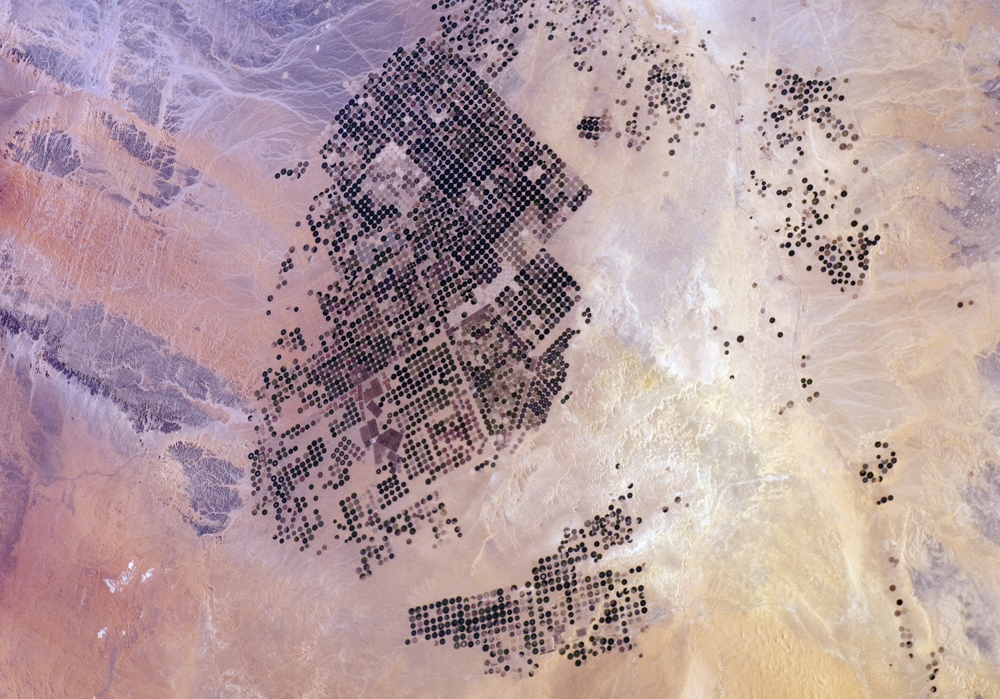 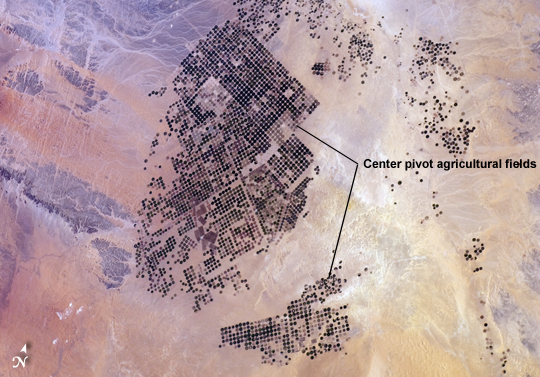 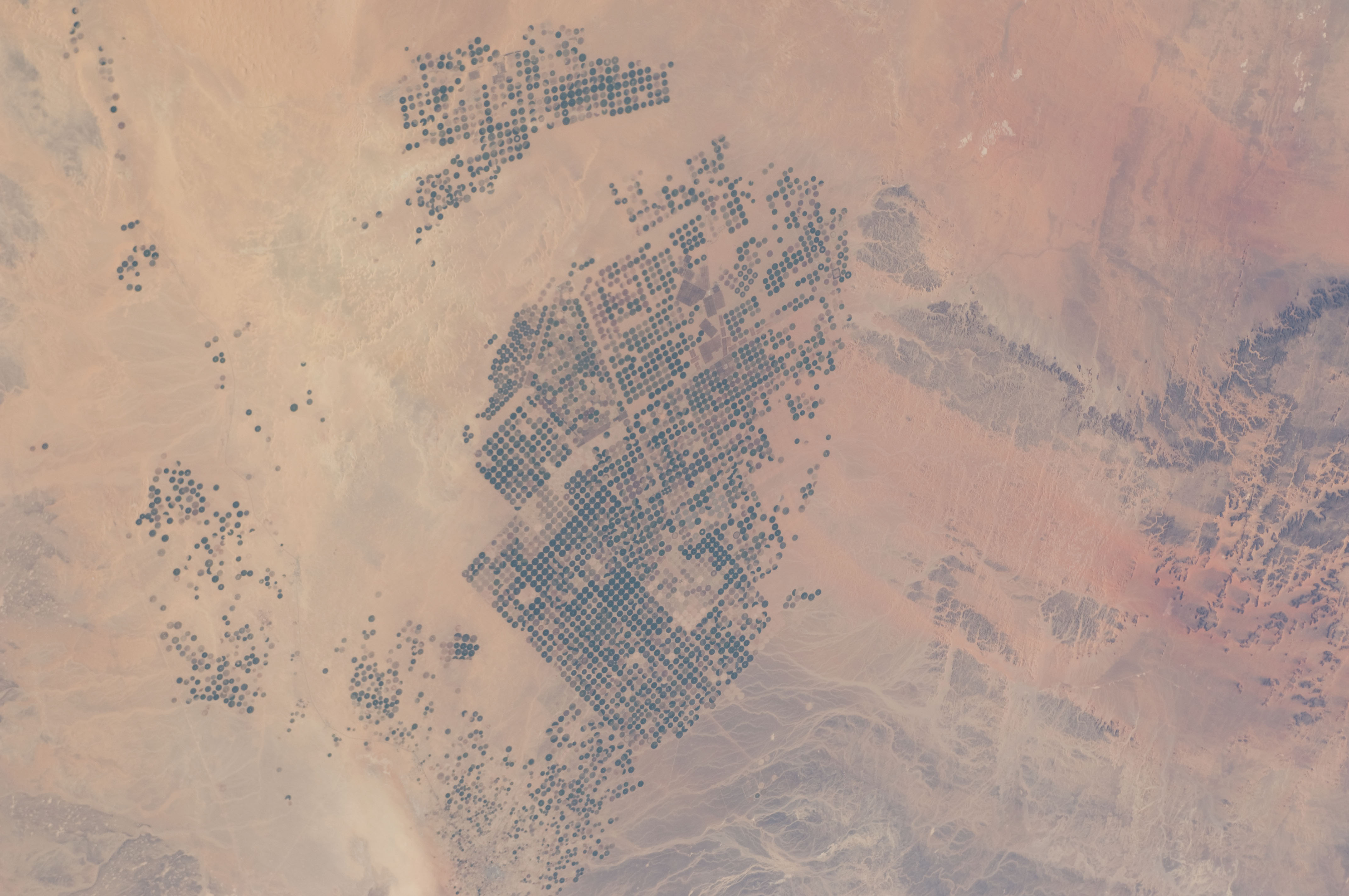 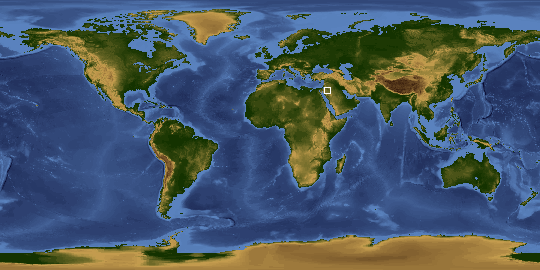 Northern Saudi Arabia hosts some of the most extensive sand and gravel deserts in the world, but modern agricultural technology has changed the face of some of them. This astronaut photograph, taken from the International Space Station presents the almost surreal image of abundant green fields in the midst of a barren desert - specifically the Wadi As-Sirhan Basin of northwestern Saudi Arabia. As recently as 1986 there was little to no agricultural activity in the area, but over the subsequent 26 years agricultural fields have been steadily developed, largely as a result of investment of oil industry revenues by the Saudi government.

The fields use water pumped from subsurface aquifers and is distributed in rotation about a center point within a circular field - a technique known as center-pivot agriculture. This technique affords certain benefits relative to more traditional surface irrigation such as better control of water use and application of fertilizers. The use of this so-called "precision agriculture" is particularly important in regions subject to high evaporative water loss; by better controlling the amount and timing of water application, evaporative losses can be minimized. Crops grown in the area include fruits, vegetables, and wheat.

For a sense of scale, agricultural fields in active use (dark green) and fallow (brown to tan), are approximately 1 kilometer in diameter. While much of the Wadi As-Sirhan Basin shown here is sandy (light tan to brown surfaces) and relatively flat, low hills and rocky outcrops (dark gray) of underlaying sedimentary rocks are visible at image left and image right.