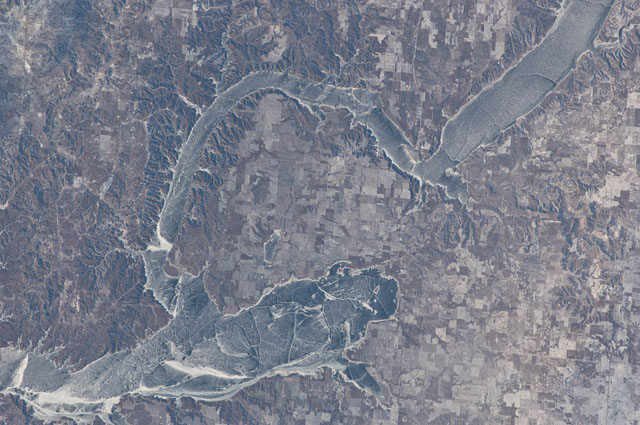 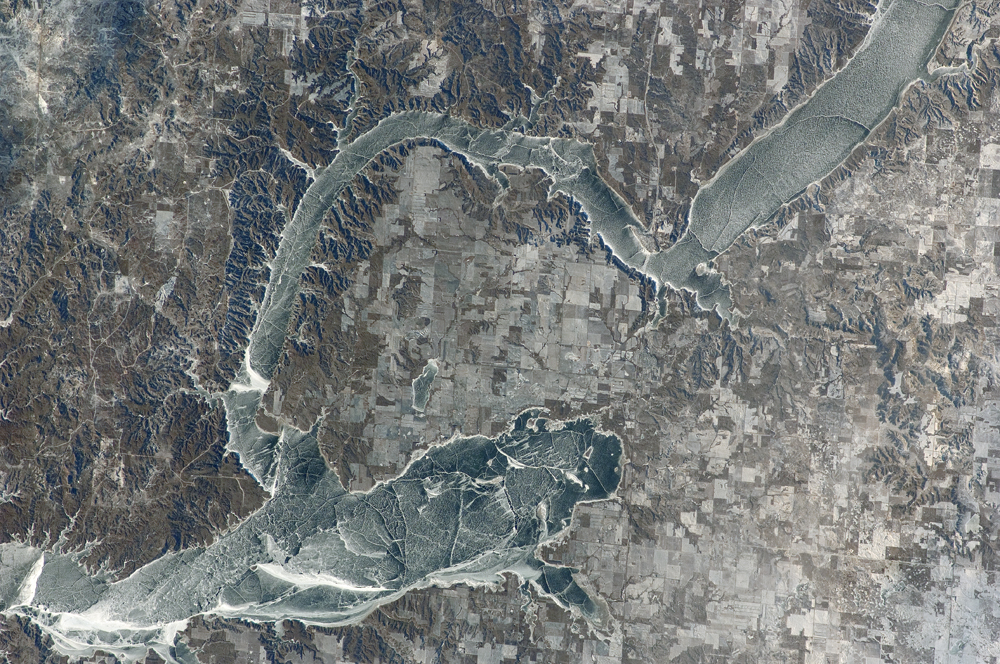 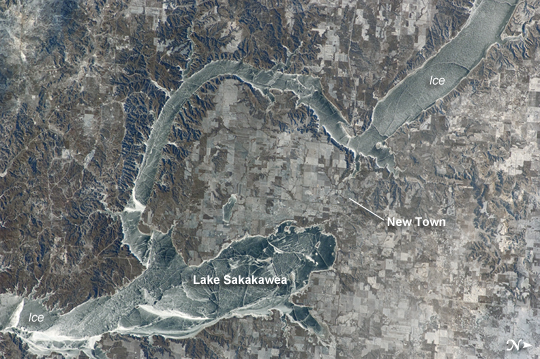 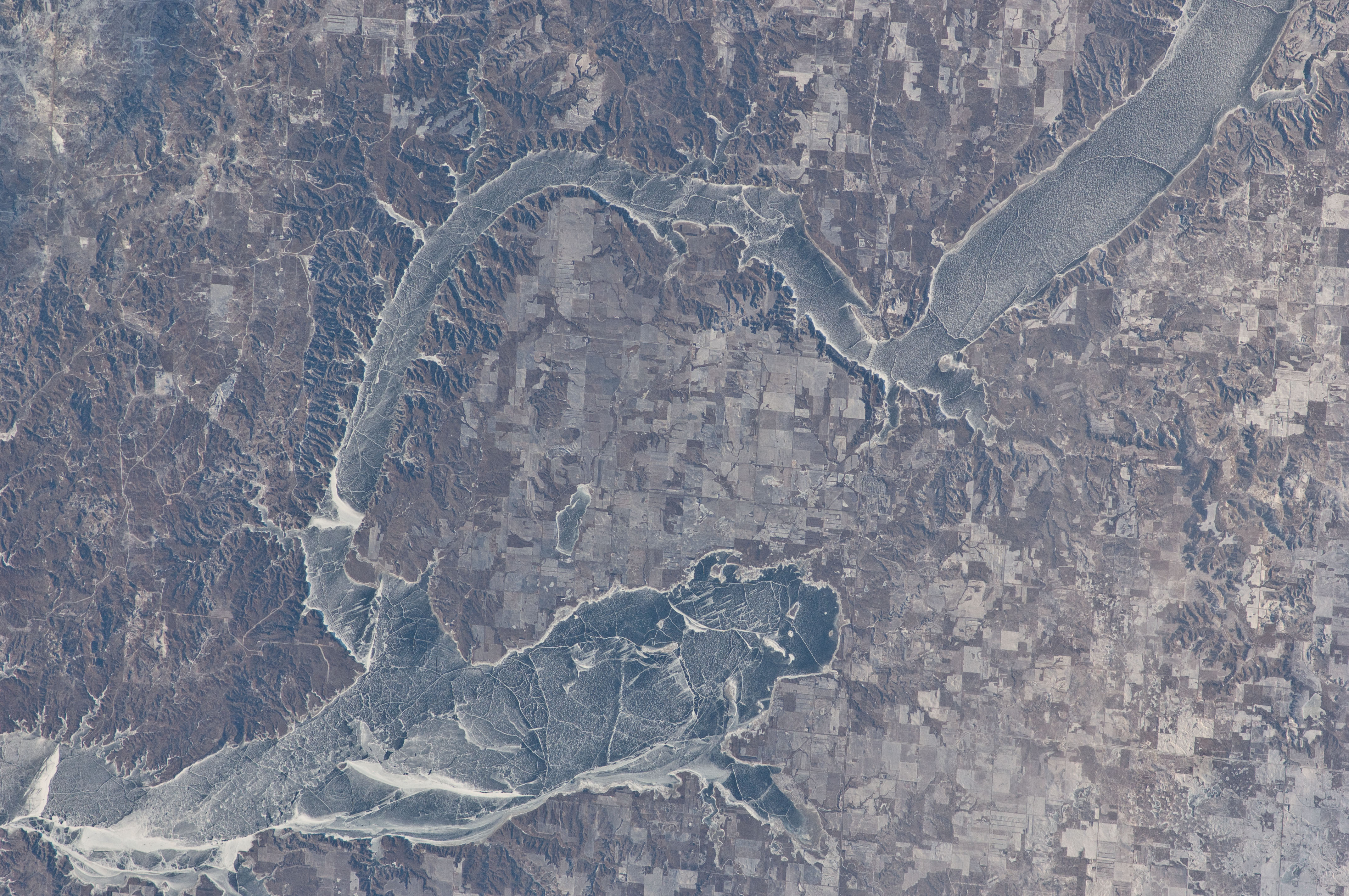 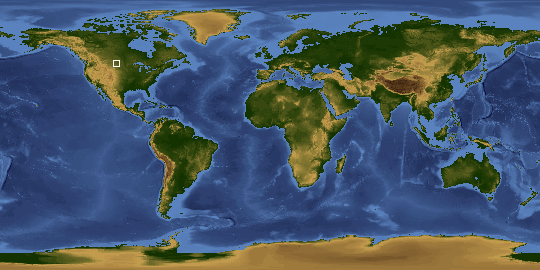 This striking astronaut photograph, taken from the International Space Station, illustrates the harsh winter conditions frequently experienced in North Dakota. Ice covers the surface of northwestern Lake Sakakawea, a reservoir on the Missouri River in west-central North Dakota. A local weather station near New Town, ND reported an air temperature of approximately -24 degC (-11 degF), with a wind chill of approximately -32 degC (-25 degF) at 10:36 local time - six minutes before the image was taken. In addition to the grey ice on the lake, a dusting of white snow highlights agricultural fields to the north and northeast, as well as fissures and irregularities in the ice surfaces. For a sense of scale, the arms of the lake to either side of New Town are approximately 10 kilometers (6 miles) apart.

Lake Sakakawea is named--in the Hidatsa language--for the Shoshone woman generally known as Sacagawea, or "Bird Woman". She accompanied the Lewis and Clark Expedition in 1805 - 1806 as an interpreter and guide. The lake was created following the completion of Garrison Dam (not shown) on the Missouri River in 1954. With a surface area of approximately 148,924 hectares (368,000 acres) and length of 286 kilometers (178 miles), Lake Sakakawea is one of the largest artificial reservoirs in the USA.