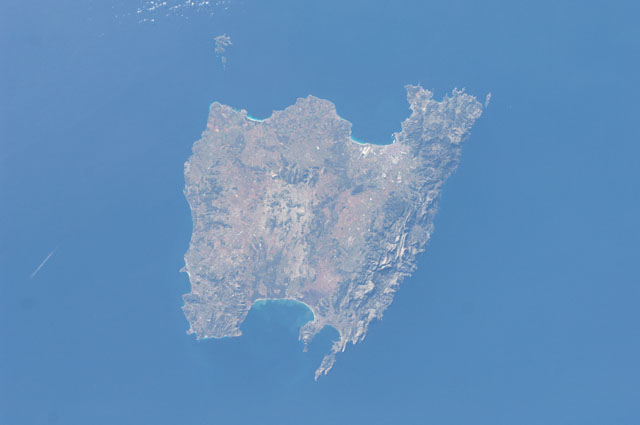 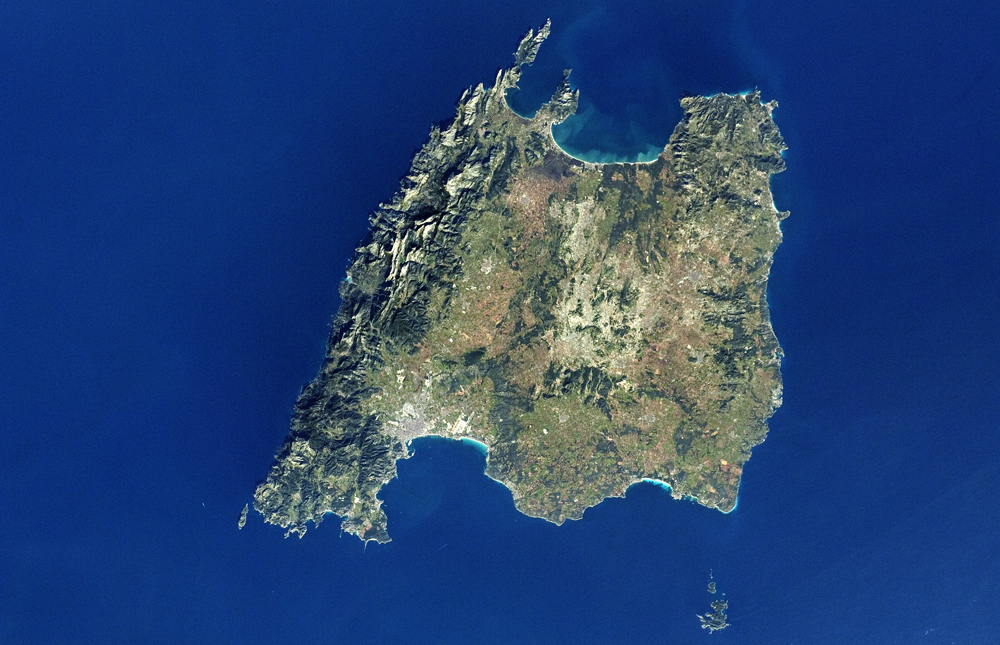 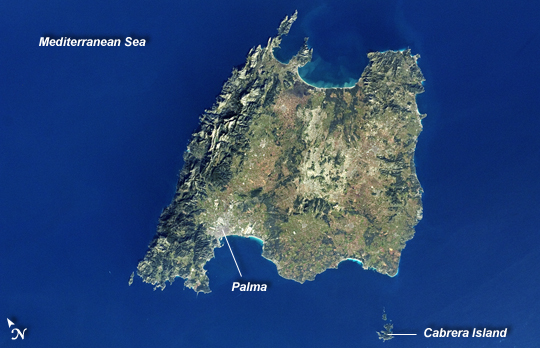 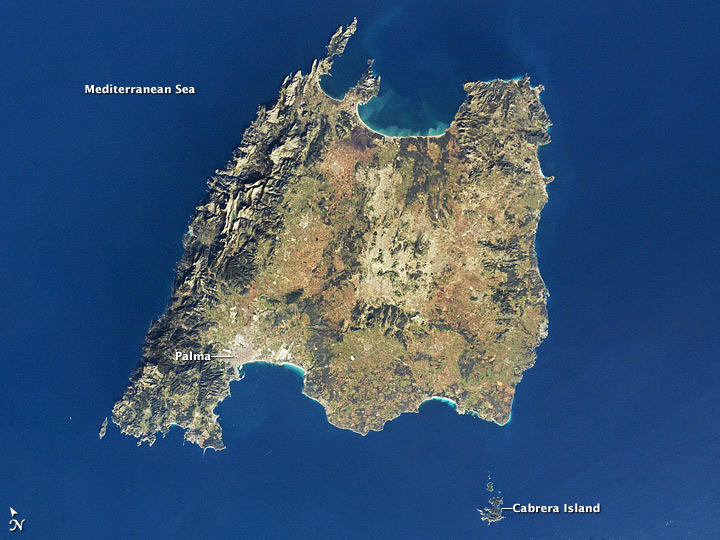 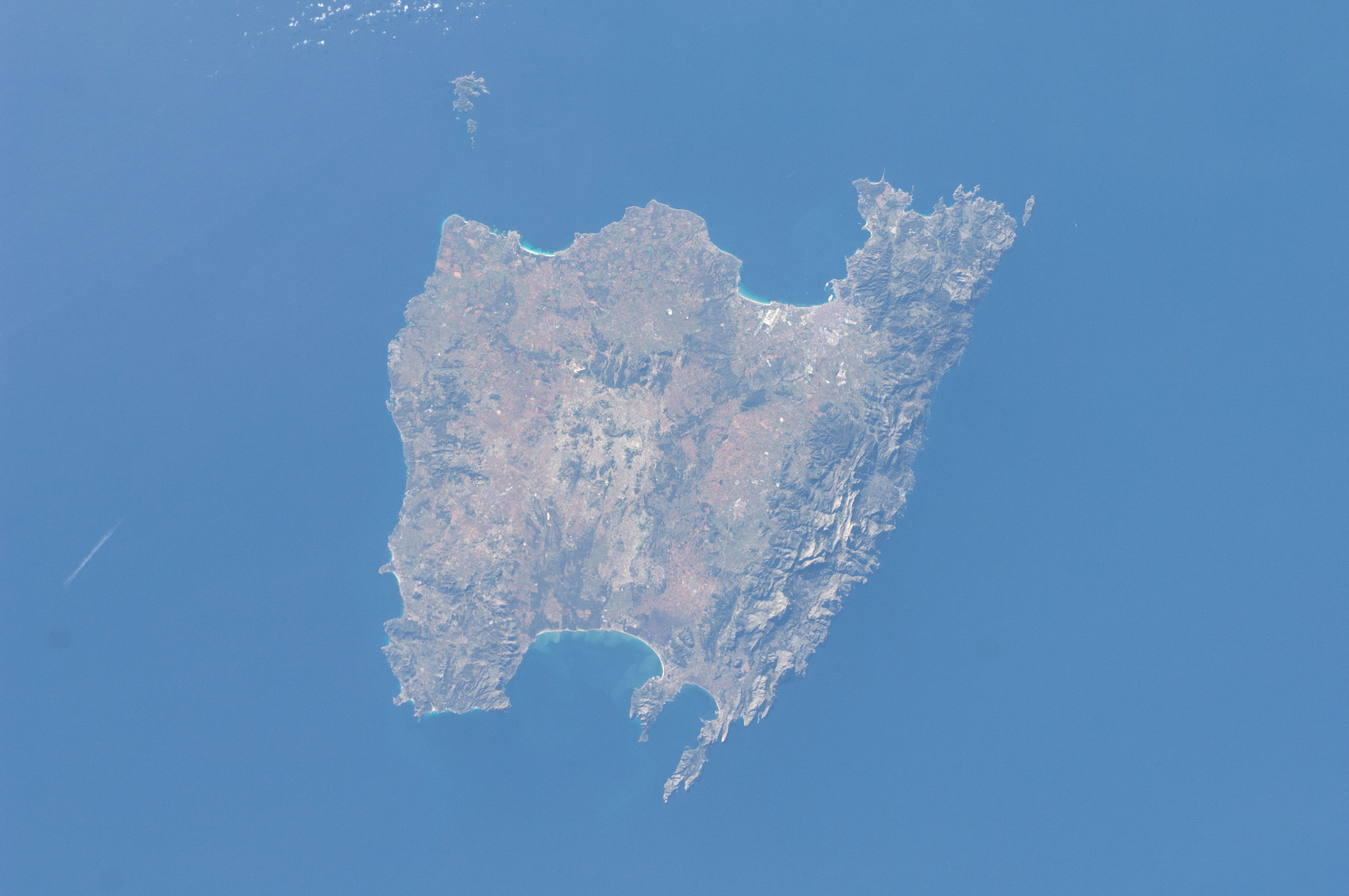 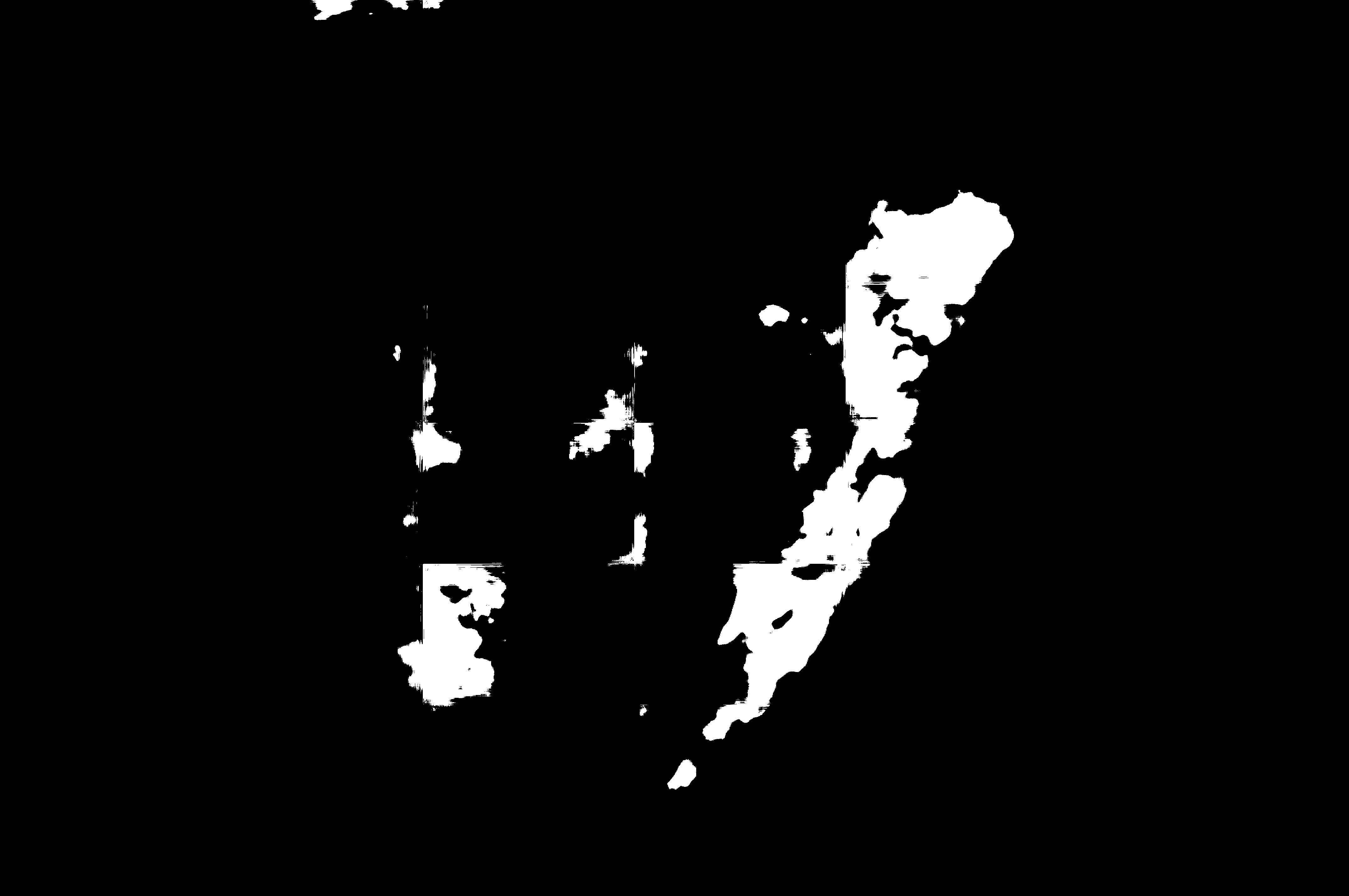 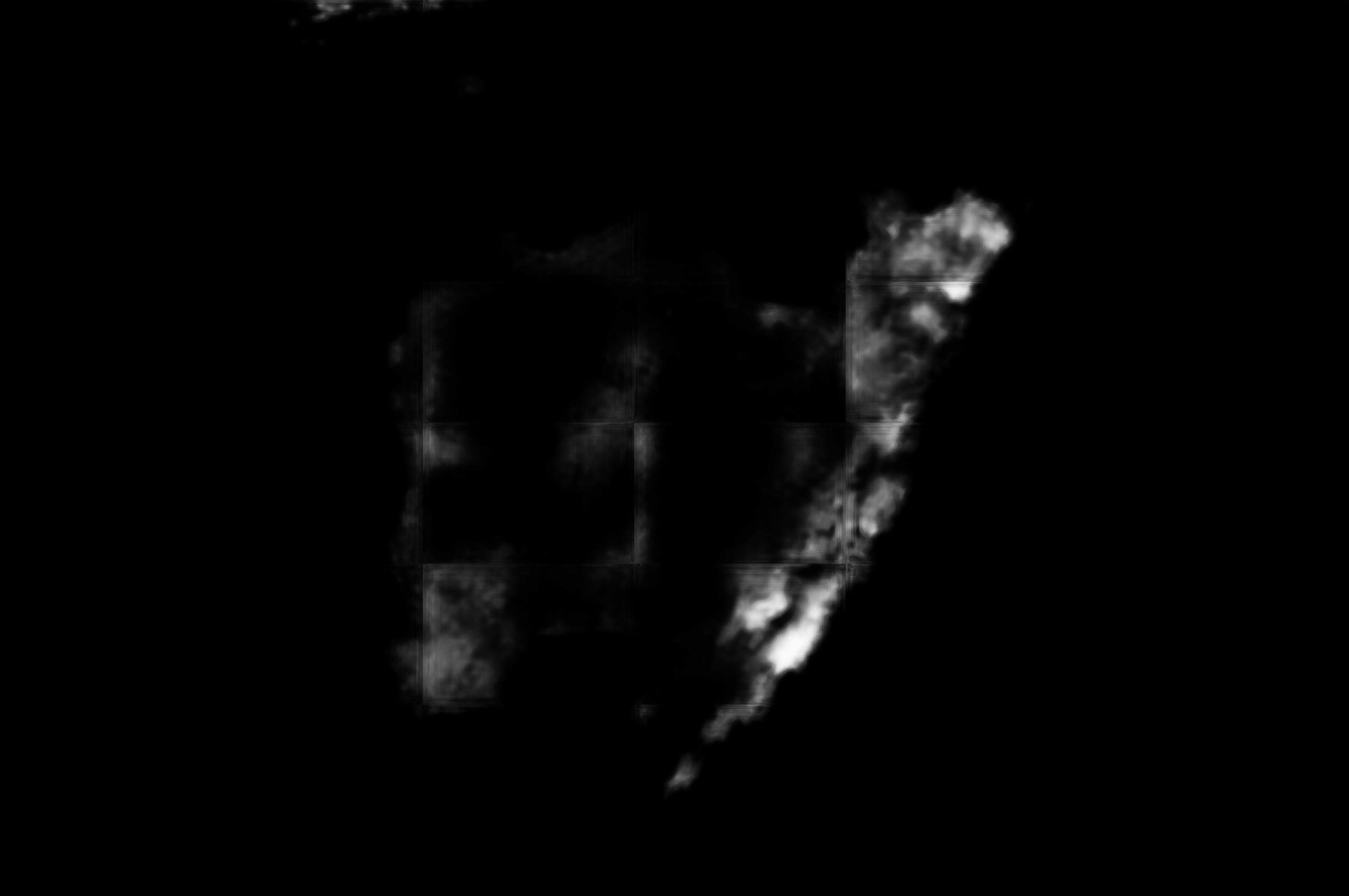 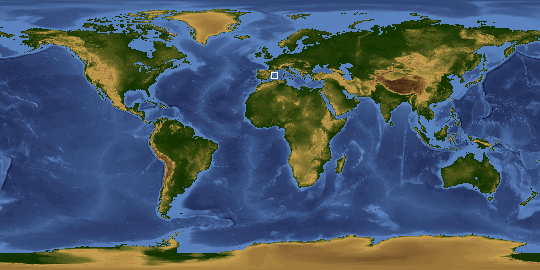 The Balearic Islands are an archipelago located to the southwest of Spain in the Mediterranean Sea. Catalan - the native tongue - and Spanish are the official languages. The islands are an autonomous community and province of Spain, located approximately midway between the southeastern coastline of Spain and the northern coastline of Algeria. This astronaut photograph, taken from the International Space Station, highlights the large island of Majorca (approximately 5400 km2; also known as Mallorca in Spanish) on which the capital city of Palma is located (image center). The small island of Cabrera to the southwest of Majorca (image lower right) hosts the Parc Nacional de l'Arxipelag de Cabrera.

Like the other Balearic Islands, Majorca is a popular holiday destination for the European community with tourism forming a major part of the island's economy. The island's physiography offers many recreational opportunities - mountainous regions are present along the northwest coastline and eastern third, while much of the central part of the island is flat. Diving is also a popular activity. The central region includes agricultural lands (tan, light brown, and green, image center), forested patches and corridors (dark green, image center), and urban centers (gray). In addition to Majorca, the other major islands of the archipelago include Ibiza, Formentera, and Minorca.