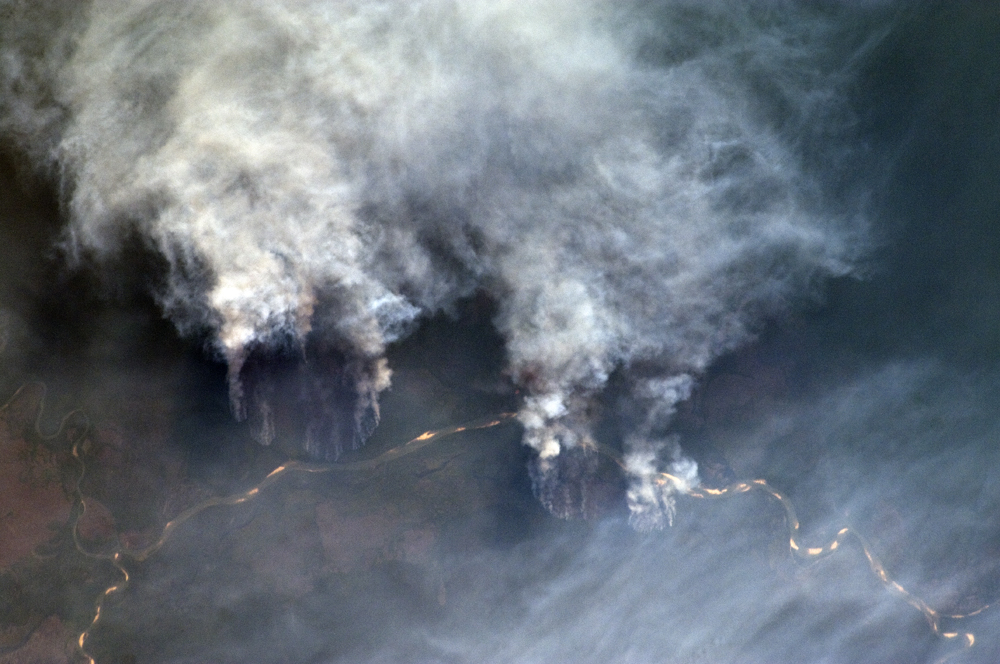 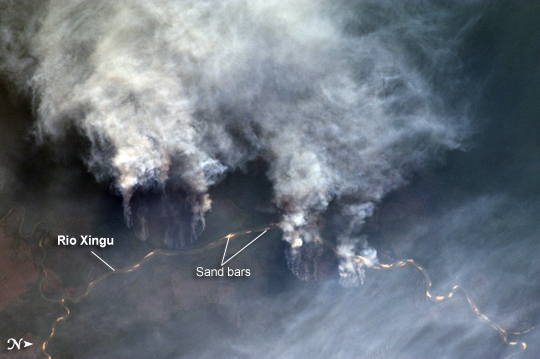 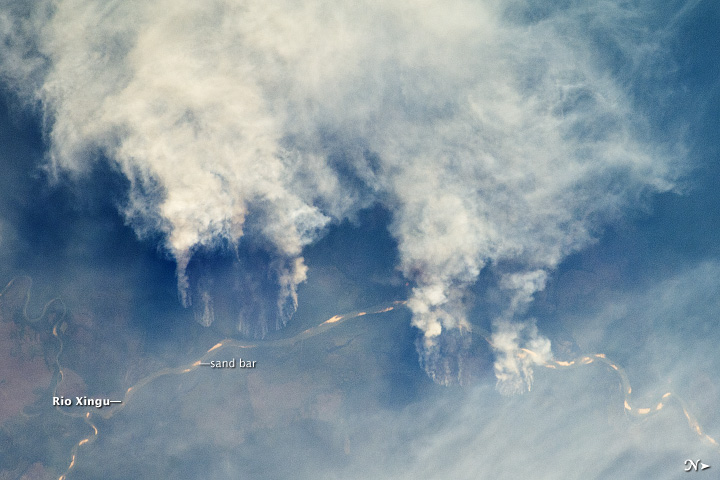 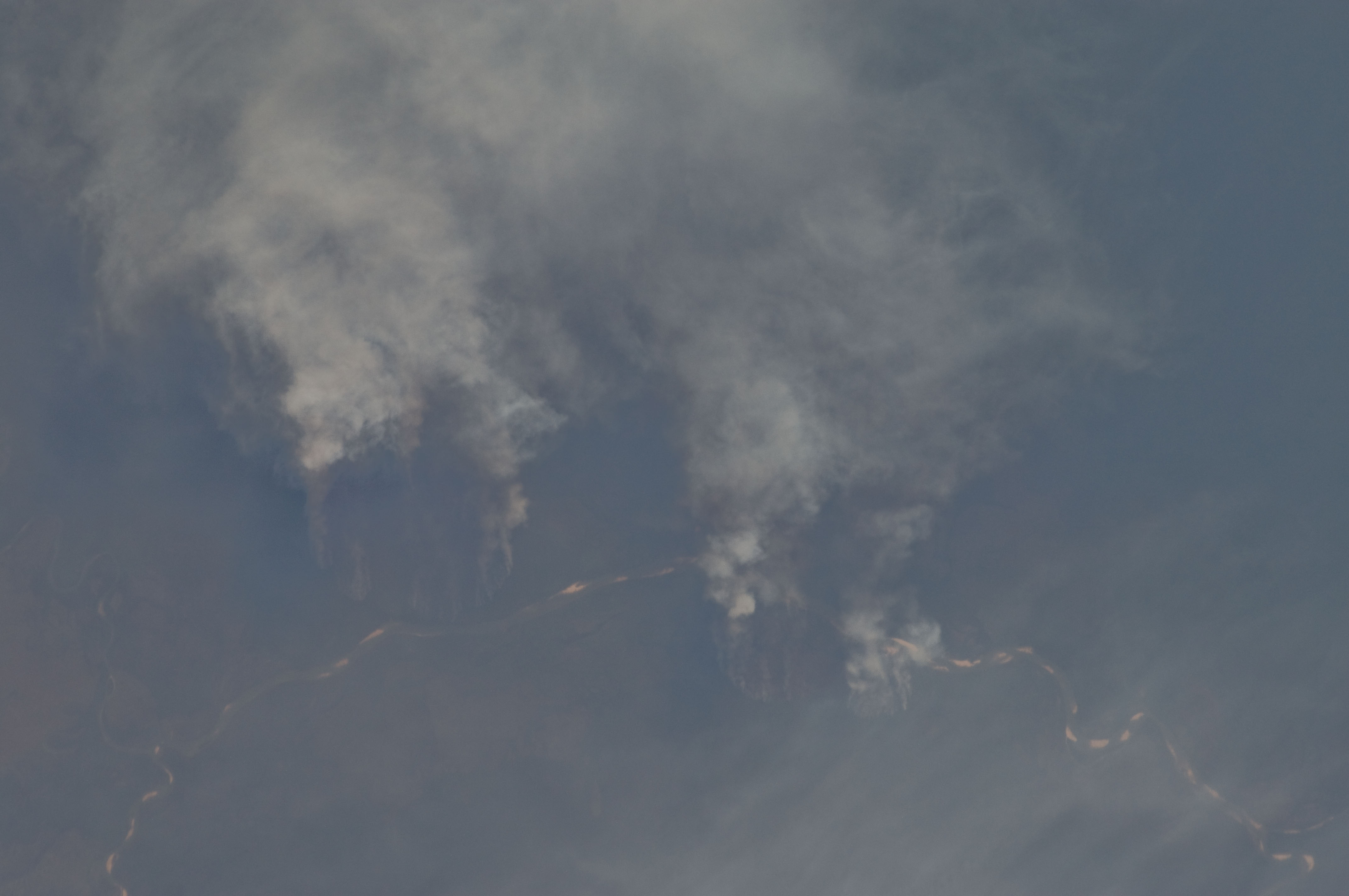 The rain forest of South America, also known as "Amazonia"--the largest such forest on Earth--has been undergoing a continual and accelerated land use conversion process into farmlands (including pasture for livestock) since the early 1960s. This process has typically been achieved by clearing of the forest using fire - "slash and burn" - followed by planting of crops. The generally infertile soils of the region make sustainable farming difficult; this drives more forest conversion into new farmland. The area of clearing can be considerable, and as the deforested regions are easily identifiable and measurable from space the rate of deforestation is likewise easy to track.

This detailed astronaut photograph illustrates slash-and-burn forest clearing along the Xingu River (Rio) in the northeast of the state of Matto Grasso, Brazil. The image was taken from the International Space Station, a platform from which astronauts can take imagery of the Earth from a variety of viewing angles. The perspective of this image allows for a striking visualization of both the horizontal position and extent of the fire lines next to the river, as well as providing a sense of the vertical structure of the smoke plumes due to the viewing angle and shadowing.

Light colored areas within the river channel are sand bars, which show that the river is in its annual low-flow/ low water stage. For a sense of scale, the Xingu River channel within the view is approximately 63 kilometers long. Rivers in Amazonia are its natural highways, which may explain why the burning is occurring right next to the Xingu River, one of Amazonia's largest.
In recent years, preservation has gained traction in the region as a result of such considerations as new valuation of the ecosystem services provided by the forest, concerns about the impact of widespread burning on global climate change, and greater sensitivity to the ethnic and biological heritage of Amazonia.