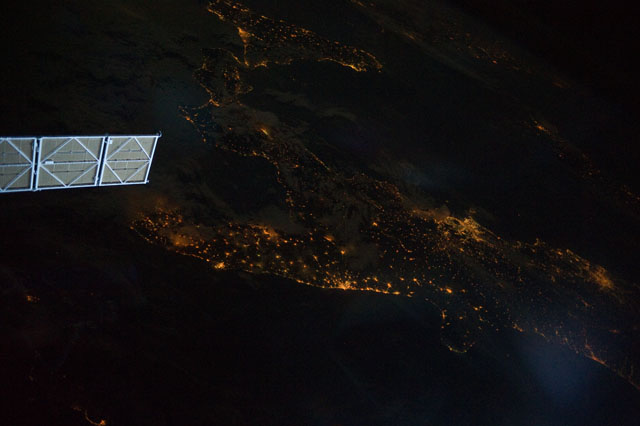 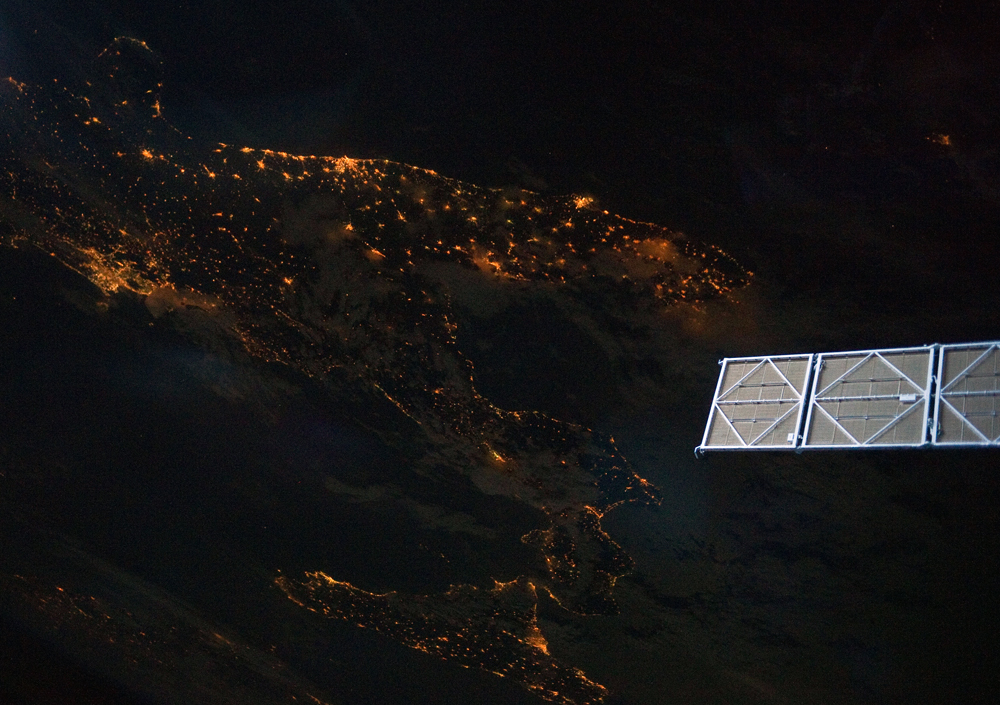 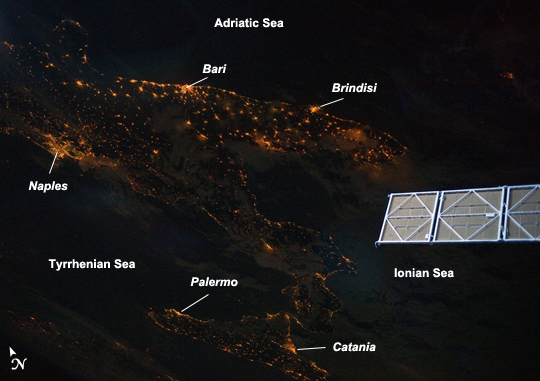 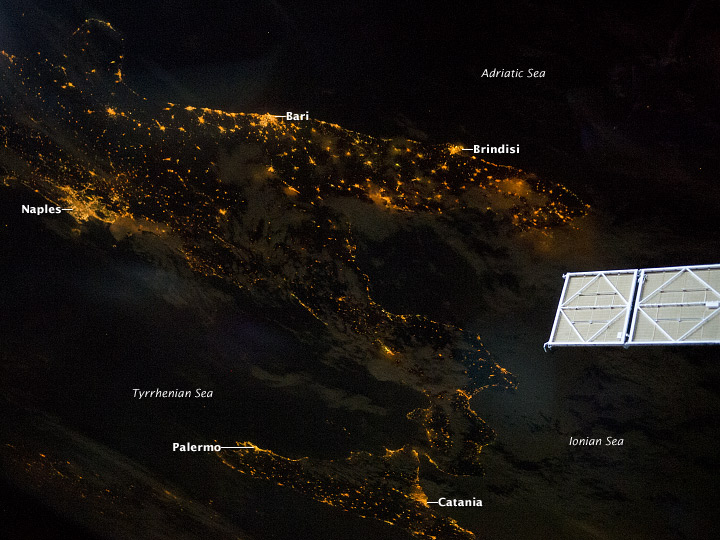 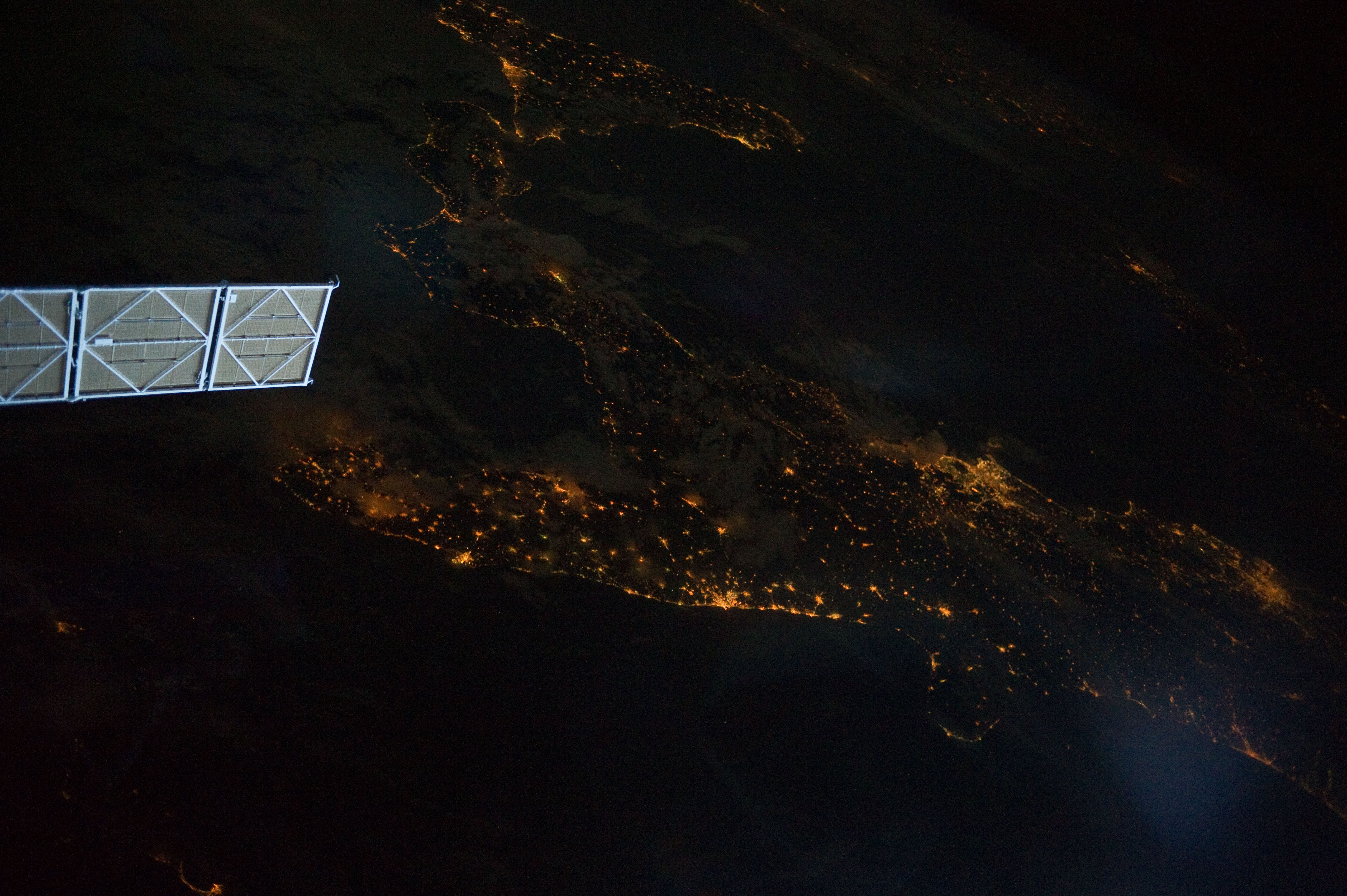 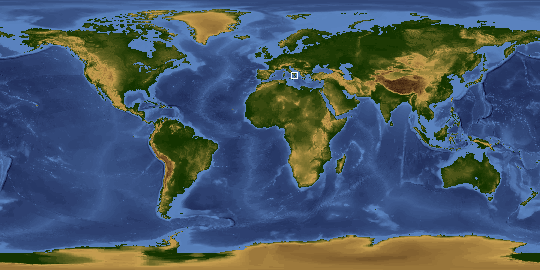 The Earth's surface at night is covered with a delicate tracery of lights, particularly in regions - such as Europe - that have a long history of urban development. Large urban areas are recognizable from orbit due to extensive electric lighting and distinct street patterns; with smaller urban areas spread across the land surface and coastlines, the outlines of continental landmasses are easily discernable at night.

This astronaut photograph highlights the night time appearance of the southern Italian Peninsula; the toe and heel of Italy's "boot" are clearly defined by the lights of large cities such as Naples, Bari, and Brindisi as well as numerous smaller urban areas. The bordering Adriatic, Tyrrhenian, and Ionian Seas appear as dark regions to the east, west, and south of the boot. The city lights of Palermo and Catania on the island of Sicily are visible at image bottom center.

The International Space Station (ISS) was located over an area of Romania close to the capital city of Bucharest - approximately 945 kilometers to the northeast--at the time this image was taken. Part of a docked Russian spacecraft solar panel array is visible in the foreground at image right. The distance between the image subject area and the position of the astronaut-photographer, as well as the viewing angle looking outwards from the ISS, contributes to the foreshortened appearance of the Italian Peninsula and Sicily in the image.