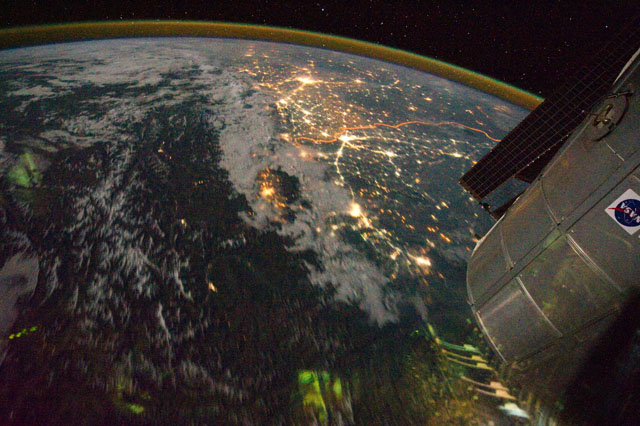 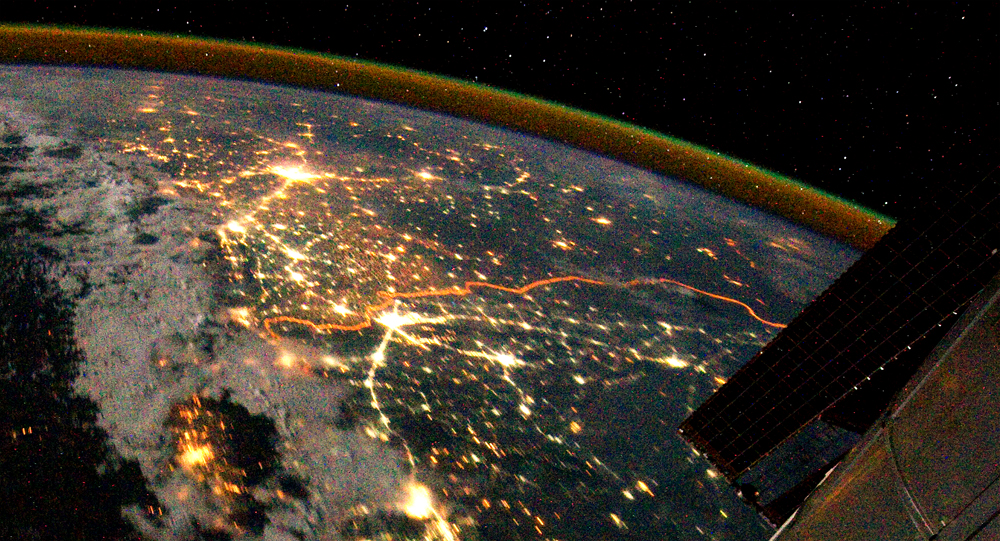 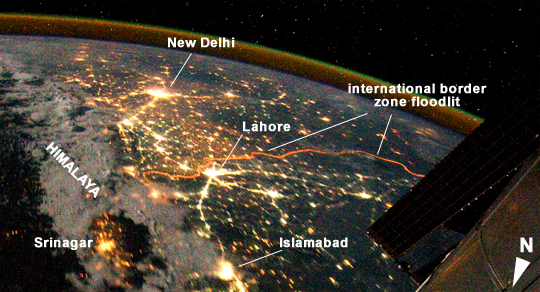 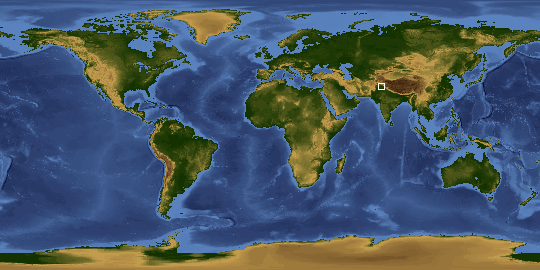 Clusters of yellow lights on the Indo-Gangetic Plain of northern India and northern Pakistan reveal numerous cities both large and small in this astronaut photograph. Of the hundreds of clusters, the largest are the metropolitan areas associated with the capital cities of Islamabad, Pakistan in the foreground and New Delhi, India at the image top--for scale these metropolitan areas are approximately 700 km apart. The lines of major highways connecting the larger cities also stand out. More subtle but still visible at night are the general outlines of the towering and partly cloud-covered Himalayan ranges immediately to the north (image left).

A striking feature of this astronaut photograph is the line of lights, with a distinctly more orange hue, snaking across the central part of the image. It appears to be more continuous and brighter than most highways in the view. This is the fenced and floodlit border zone between the countries of India and Pakistan. The fence is designed to discourage smuggling and arms trafficking between the two countries. A similar fenced zone separates India's eastern border from Bangladesh (not visible).

This image was taken with a 16 mm lens, which provides the wide field of view, as the International Space Station (ISS) was tracking towards the southeast across the subcontinent of India. The ISS crew took the image as part of a continuous series of frames, each frame taken with a 1 second exposure time to maximize light collection - unfortunately, this also causes blurring of some ground features.

The distinct, bright zone above the horizon (visible at image top) is produced by airglow, a phenomena caused by excitation of atoms and molecules high in the atmosphere (above 80 kilometers, or 50 miles altitude) by ultraviolet radiation from the Sun. Part of the ISS Permanent Multipurpose Module, or PMM, and a solar panel array are visible at image right.