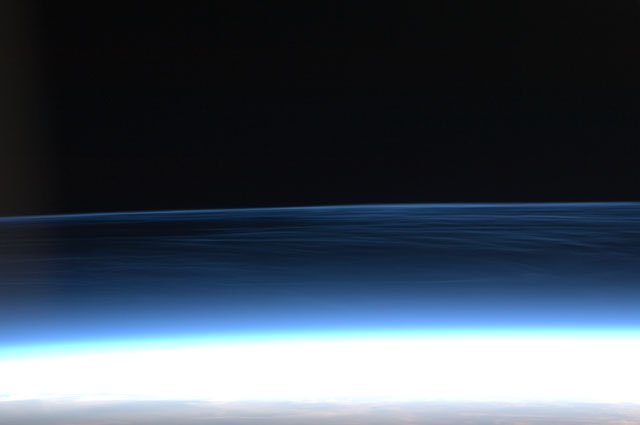 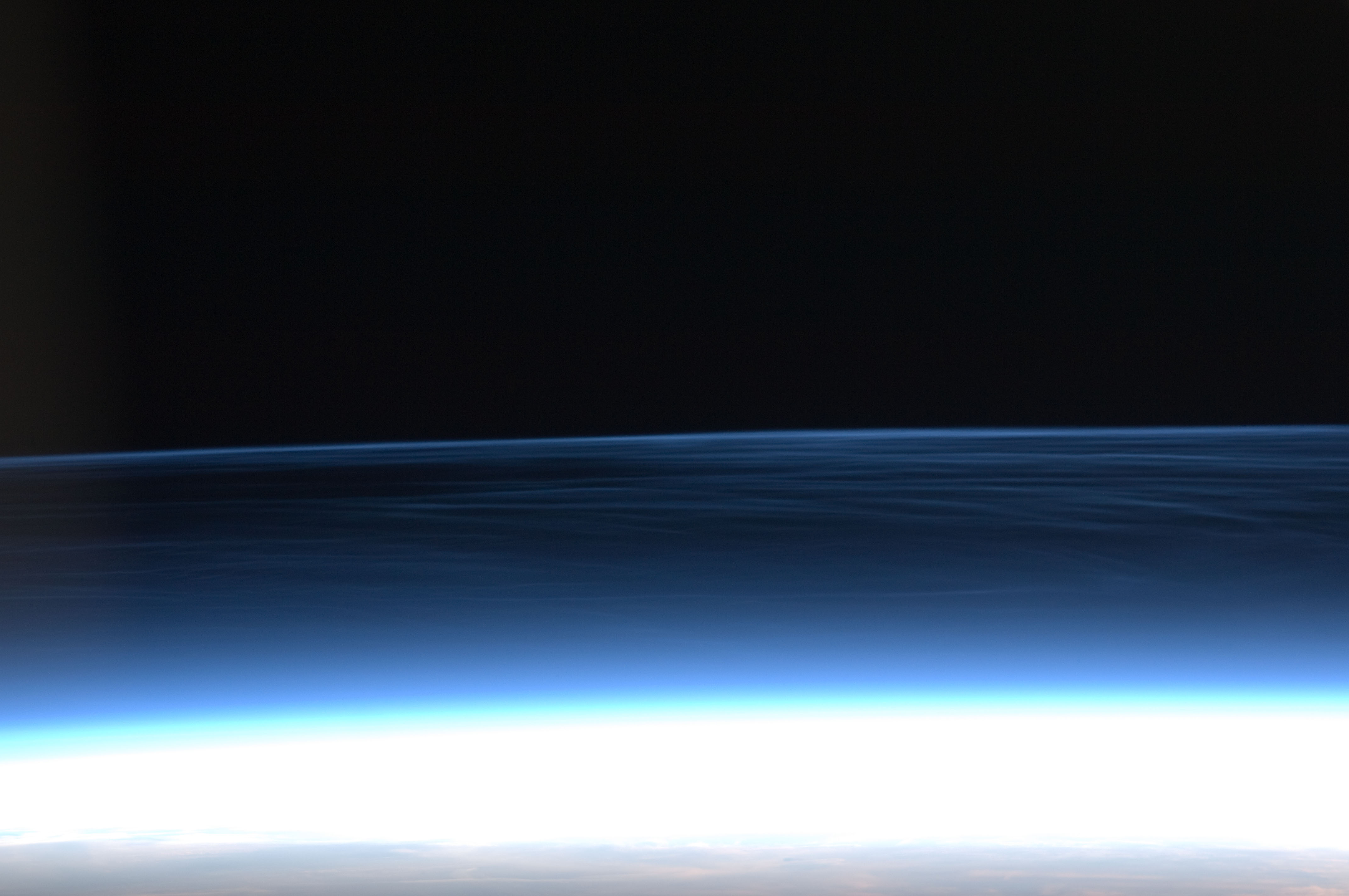 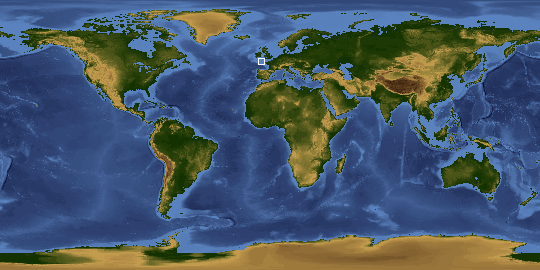 Other options available:
Download Packaged File
Download a Google Earth KML for this Image
View photo footprint information
Image Caption: ISS028-E-020276 (2 Aug. 2011) --- This photograph of polar mesospheric clouds was acquired at an altitude of just over 202 nautical miles (about 322 kilometers) in the evening hours (03:19:54 Greenwich Mean Time) on Aug. 2, 2011, as the International Space Station was passing over the English Channel. The nadir coordinates of the station were 49.1 degrees north latitude and 5.5 degrees west longitude. Polar mesospheric clouds (also known as noctilucent, or "night-shining" clouds) are transient, upper atmospheric phenomena that are usually observed in the summer months at high latitudes (greater than 50 degrees) of both the Northern and Southern Hemispheres. They appear bright and cloudlike while in deep twilight. They are illuminated by sunlight when the lower layers of the atmosphere are in the darkness of Earth's shadow. The horizon of Earth appears at the bottom of the image, with some layers of the lower atmosphere already illuminated by the rising sun. The higher, bluish-colored clouds look much like wispy cirrus clouds, which can be found as high as 60,000 feet (18 kilometers) in the atmosphere. However noctilucent clouds, as seen here, are observed in the mesosphere at altitudes of 250,000 to 280,000 feet (about 76 to 85 kilometers). Astronaut observations of polar mesospheric clouds over northern Europe in the summer are not uncommon.