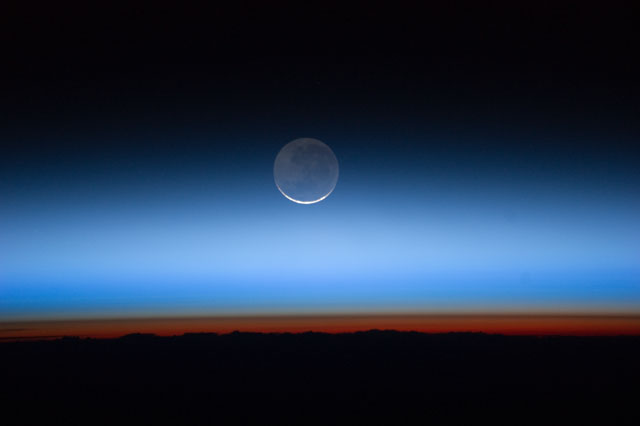 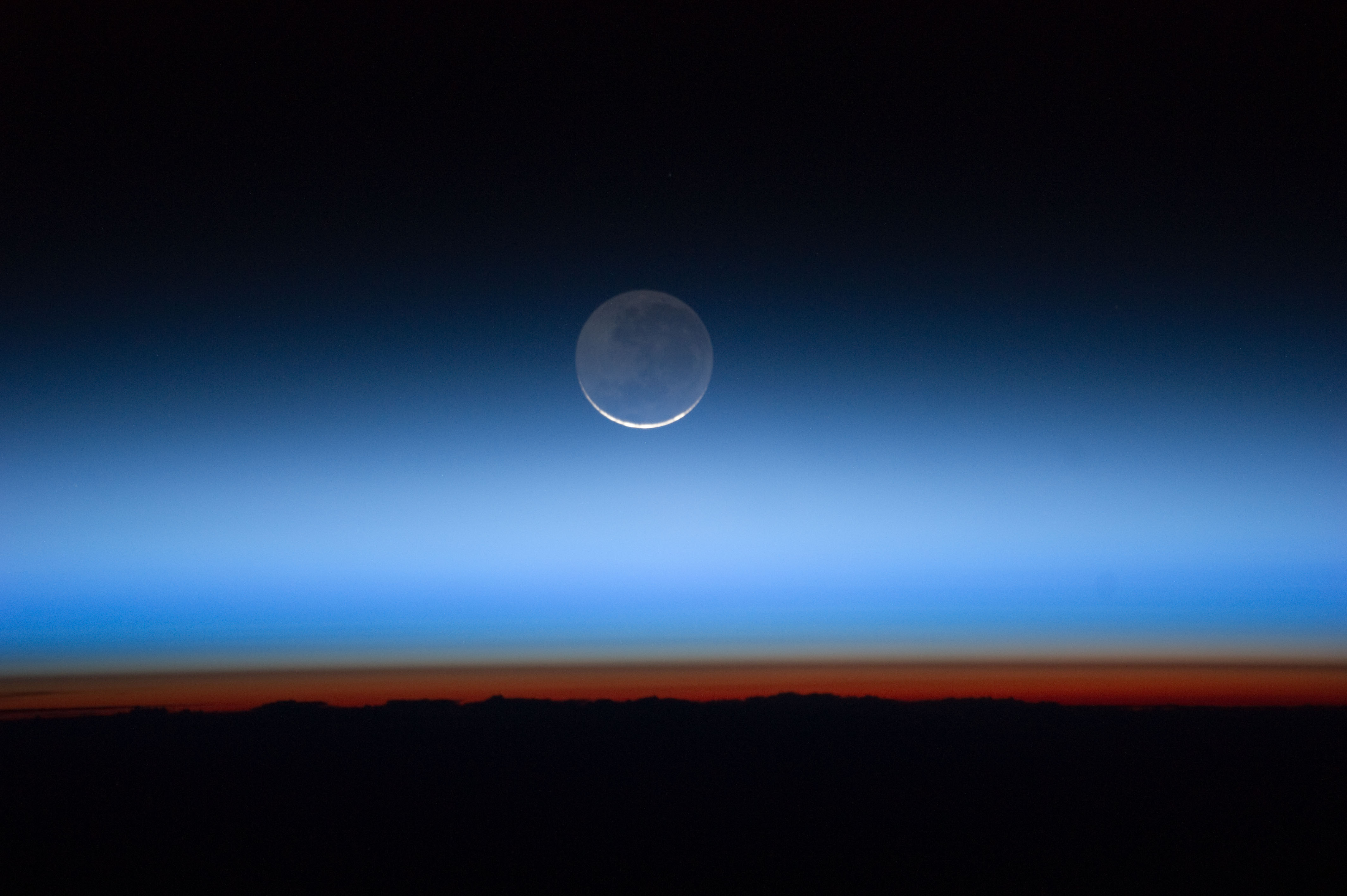 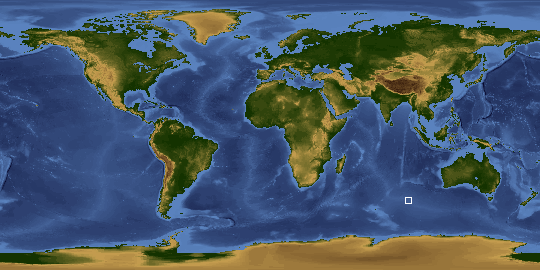 Other options available:
Download Packaged File
Download a Google Earth KML for this Image
View photo footprint information
Download a GeoTIFF for this photo
Image Caption: ISS028-E-020073 (31 July 2011) --- Photographed by an Expedition 28 crew member onboard the International Space Station, this image shows the moon at center, with the limb of Earth near the bottom transitioning into the orange-colored troposphere, the lowest and most dense portion of the Earth's atmosphere. The troposphere ends abruptly at the tropopause, which appears in the image as the sharp boundary between the orange- and blue- colored atmosphere. The silvery-blue noctilucent clouds extend far above the Earth's troposphere.