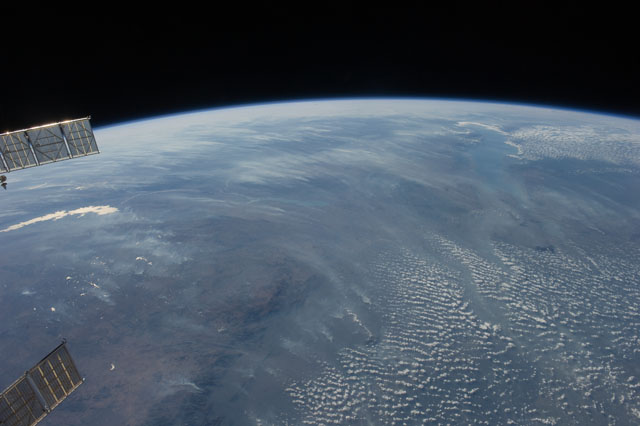 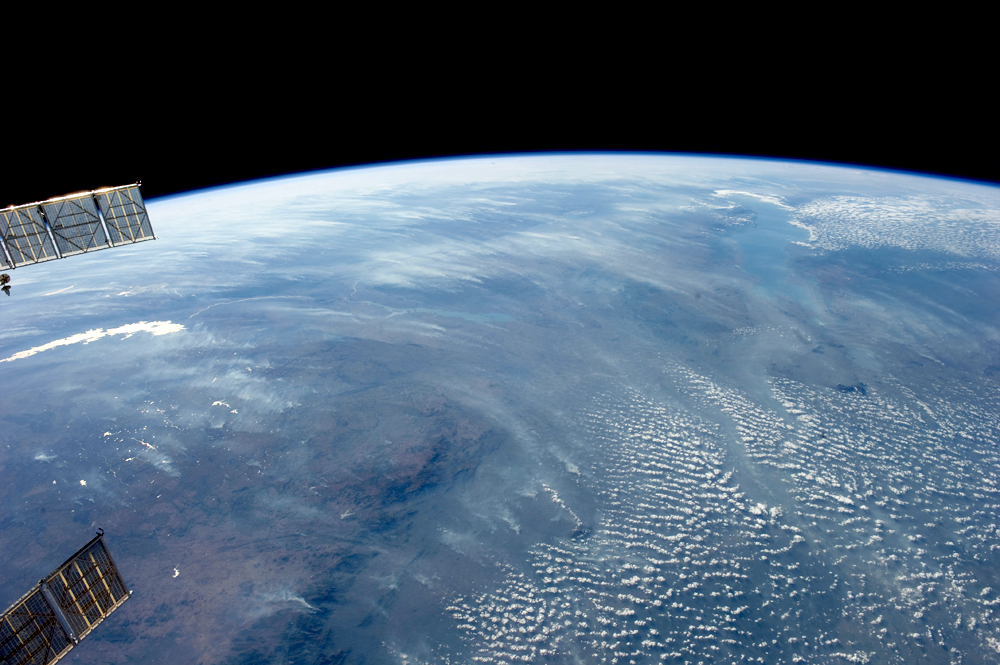 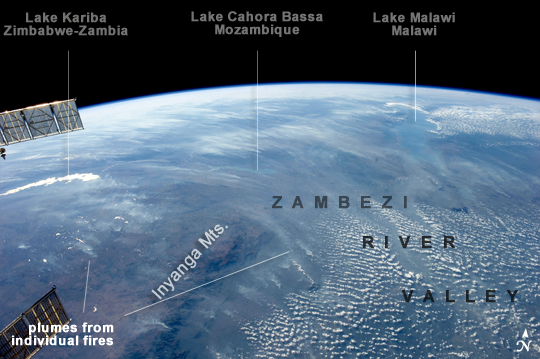 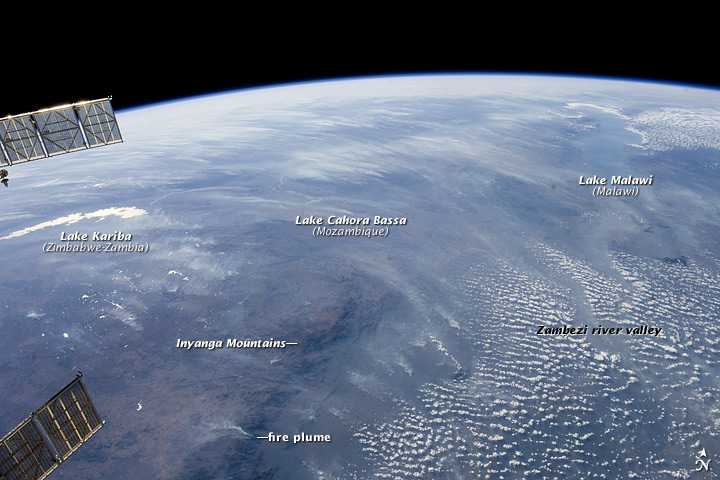 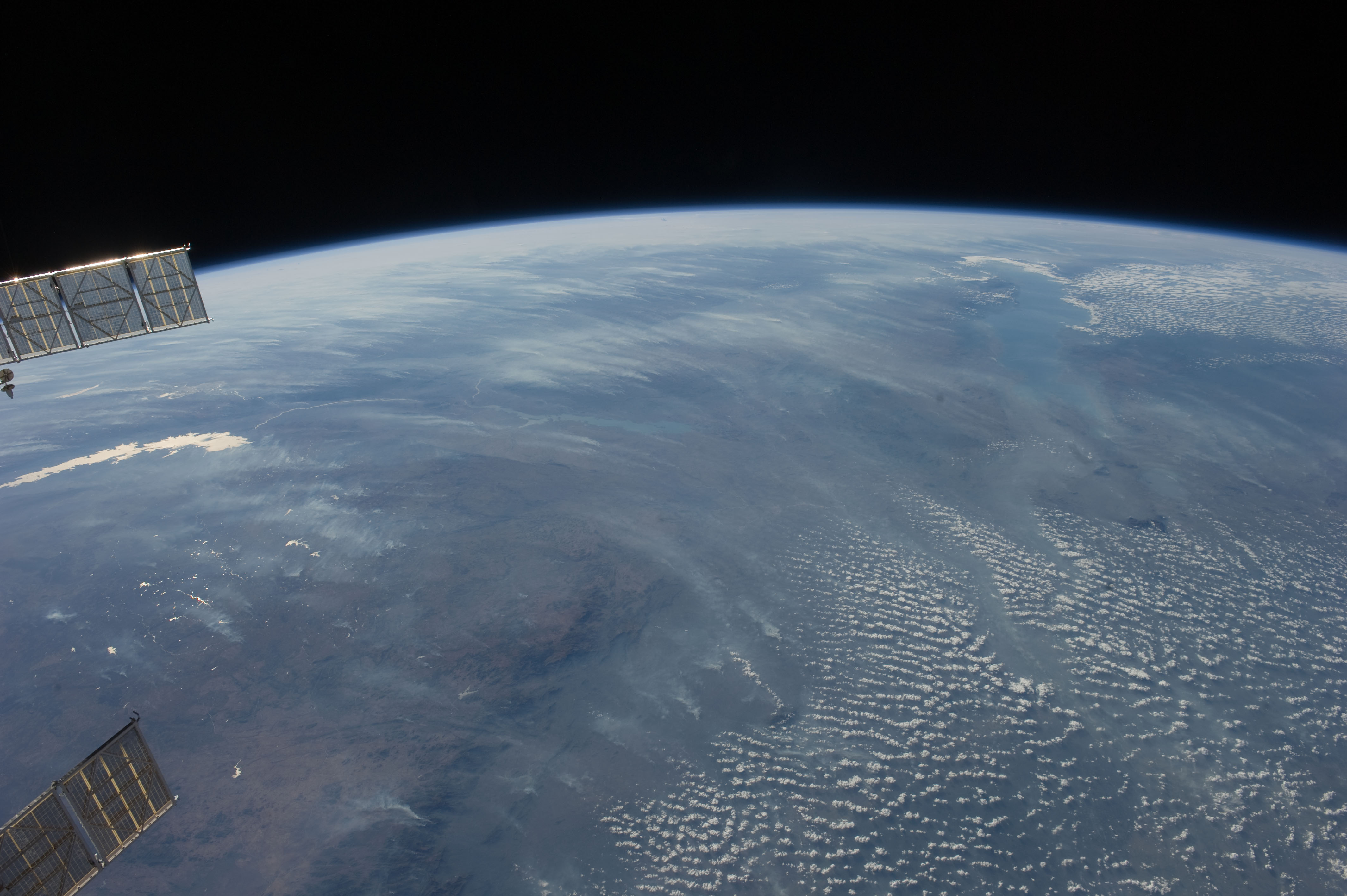 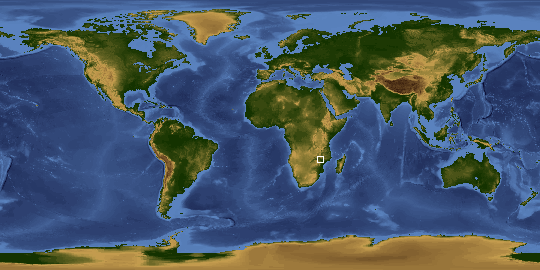 A smoke pall of subcontinental proportions dominates this view of tropical southern Africa. In what has been described as the most fire-prone part of the world, numerous fires give rise to regional smoke palls every dry season. Fires are both natural and set by local people to clear woodland for agricultural fields. This recent, oblique, northwest-looking view taken in July 2011 at the end of the dry season shows the extent of the smoke on the African plateau--from central Zimbabwe (image lower left) to northern Malawi more than 1000 km away (image top right)--and in the wide coastal plains of the lower Zambezi River valley of Mozambique (image lower right). Here smoke can be seen blowing inland (left to right), channeled up the Zambezi River valley and contributing to the pall on the plateau. The light gray smoke plumes contrast with higher altitude, brighter patchy cloud cover at image lower right.

The smoke palls obscure much surface detail, so that Lake Malawi, one of Africa's Great Lakes, is barely visible, as is Lake Cahora Bassa, Africa's fourth largest reservoir, in the Zambezi valley. The sun's reflection off its surface (sunglint) makes Lake Kariba most prominent in the view at image left. Kariba is the world's largest artificial reservoir by volume, and is 220 km long, giving a sense of the scale of the view. The steep, shadowed, mid-afternoon faces of the Inyanga Mountains on the Mozambique-Zimbabwe border protrude above the smoke layer at image lower left. Solar panels extending from Russian spacecraft docked at the International Space Station are visible in the foreground at image left.