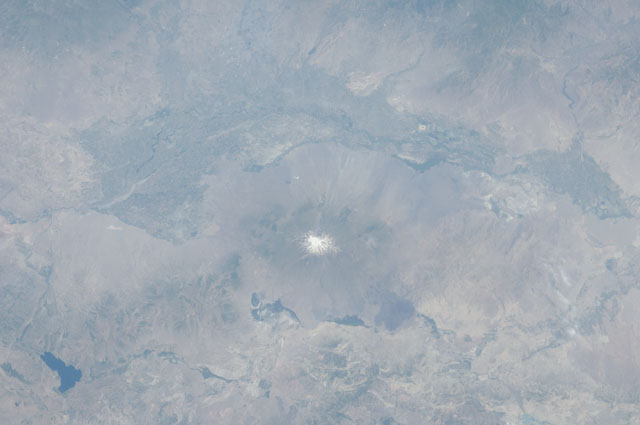 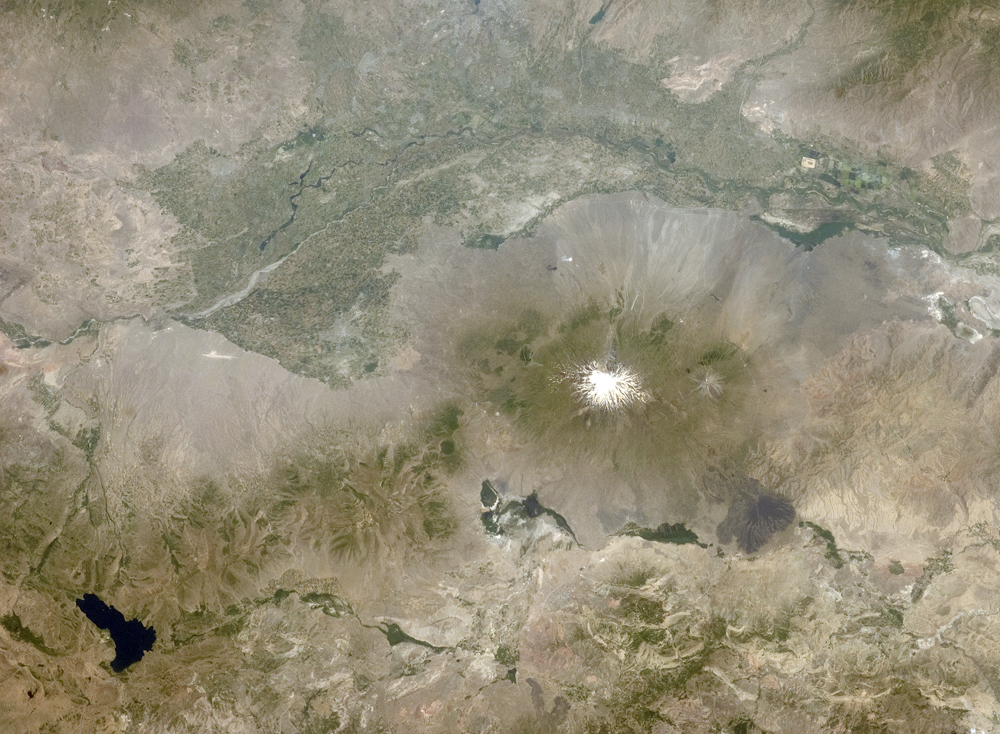 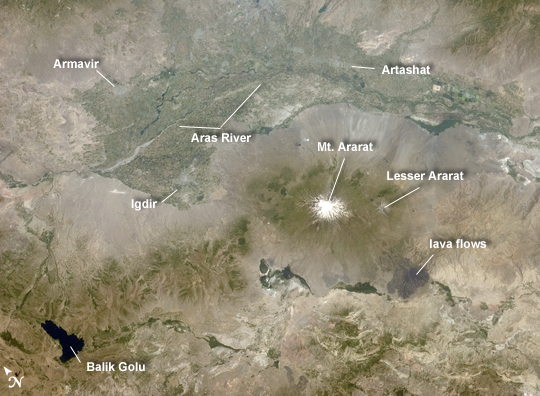 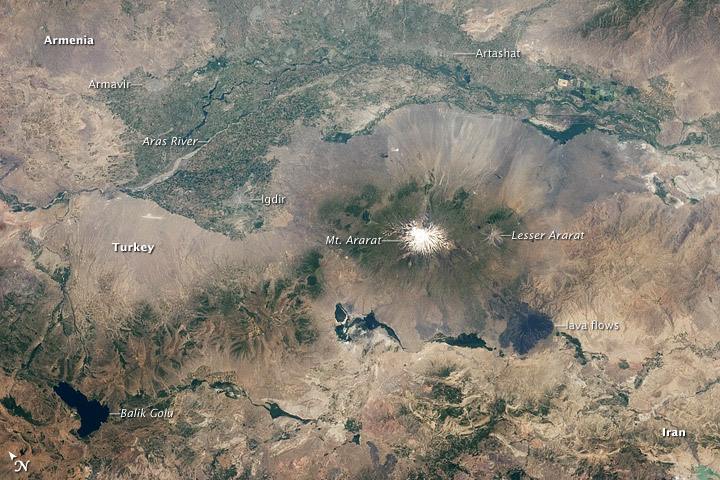 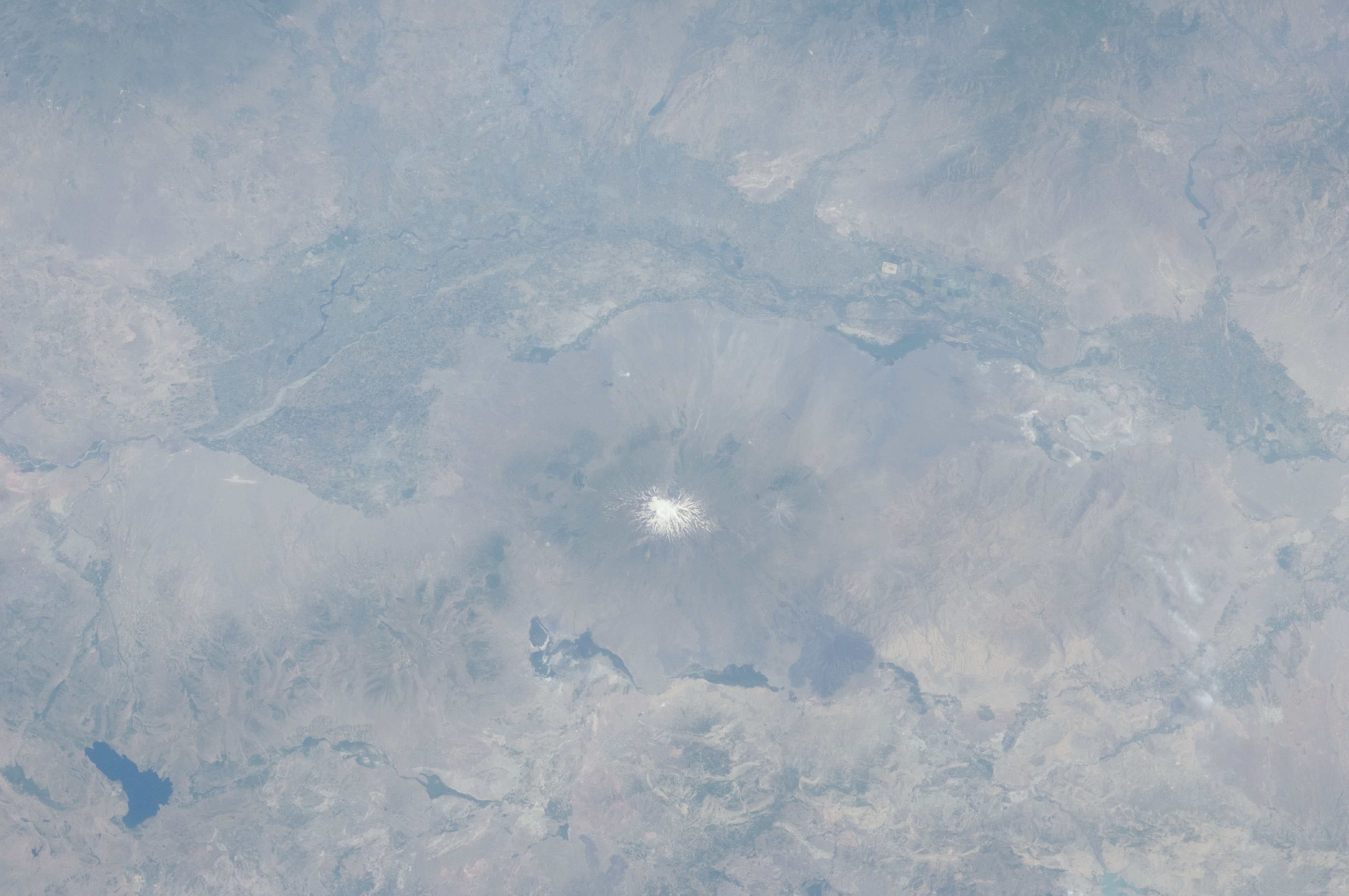 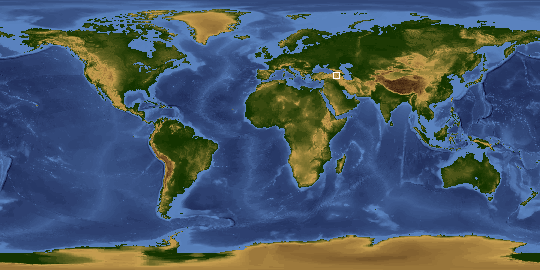 This astronaut photograph, taken from the International Space Station, highlights a segment of the international border between Turkey to the south-southwest and Armenia to the north-northeast. The Aras River is the physical expression of the closed border between the two countries. Extensive green agricultural fields are common on both sides of the river (image top), as well as a number of gray to tan urban areas including Artashat and Armavir in Armenia and Igdir in Turkey. While there have been efforts to normalize diplomatic relations between the two countries in recent years, the Armenia-Turkey border remains officially closed.

The dominant geographic feature in the region is Mt. Ararat, also known as Agri Dagi. The peak of Ararat, a large stratovolcano that last erupted in 1840 according to historical records, is located approximately 40 kilometers to the south of the Armenia-Turkey border. A lower peak to the east, known as Lesser or Little Ararat, is also volcanic in origin. Dark gray lava flows to the south of Mt. Ararat are located near the Turkish border with Iran. While this border is also closed along much of its length, official crossing points allow relatively easy travel between the two countries.

The white, glacier-clad peak of Mt. Ararat is evident at image center; dark green areas on the lower slopes indicate where vegetation cover is abundant. A large lake, Balik Golu or Fish Lake, is visible to the west (image lower left).