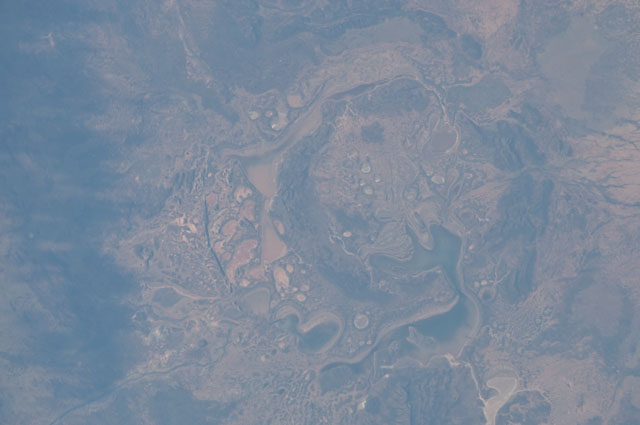 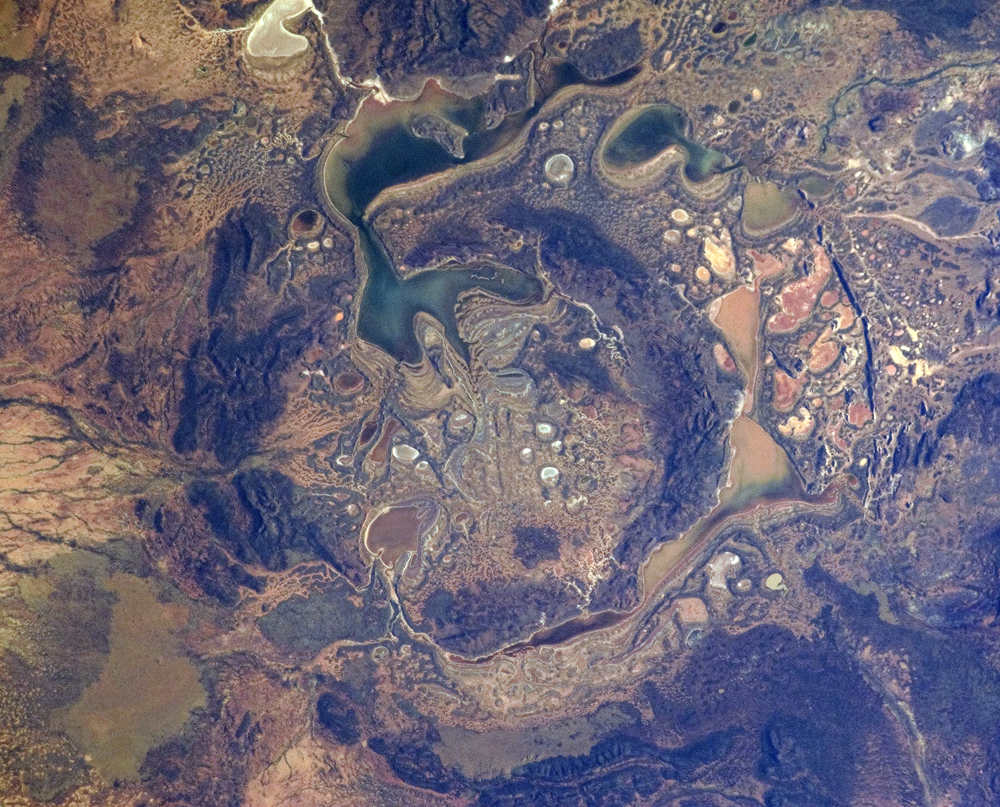 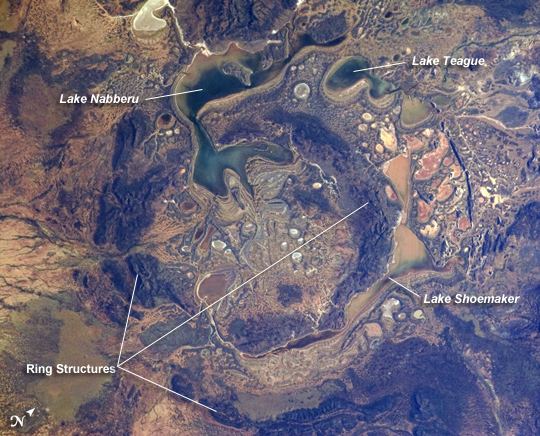 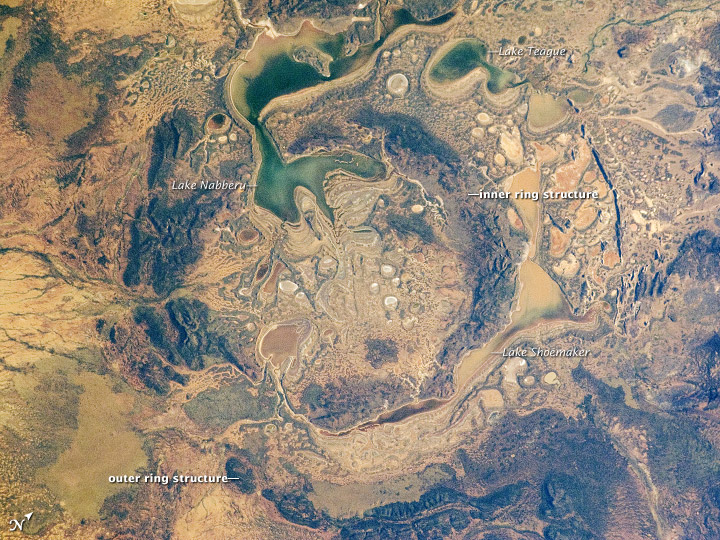 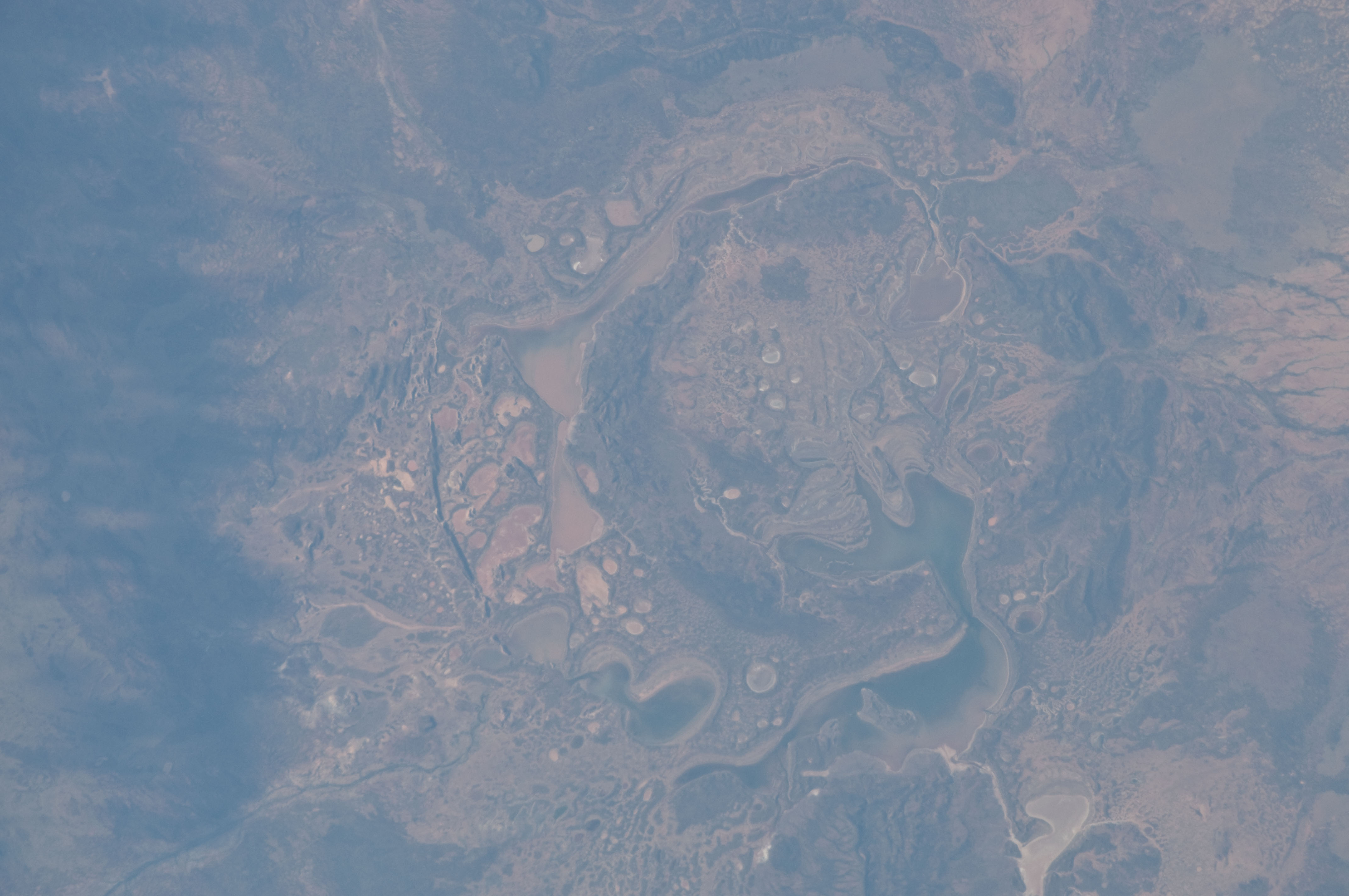 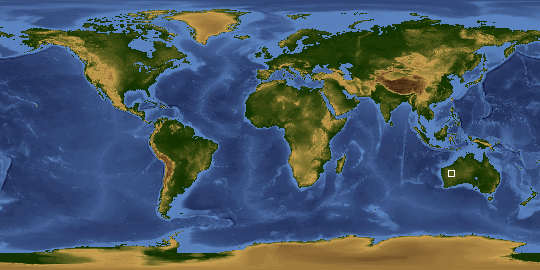 The Shoemaker (formerly Teague) Impact Structure--located in Western Australia to the southeast of the Carnarvon Range--presents an other-worldly appearance in this astronaut photograph. The Shoemaker impact site is approximately 30 km in diameter, and is clearly defined by concentric ring structures formed in sedimentary rocks (brown to dark brown, image center) that were deformed by the impact event approximately 1630 million years ago (as reported by the Earth Impact Database). Other published age-dating analyses of granitic rocks at the core of the structure call into question this age of the impact event (Pirajno et al. 2003).

Several saline and ephemeral lakes--Nabberu, Teague, Shoemaker, and numerous smaller ponds--occupy the land surface between the concentric ring structures. Differences in color result from both water depth and suspended sediments, with some bright salt crusts visible around the edges of smaller ponds (image center). The Teague Impact Structure was renamed Shoemaker in honor of Dr. Eugene M. Shoemaker (1928-1997), a pioneer in the field of impact crater studies and planetary geology, and founder of the Astrogeology Branch of the United States Geological Survey.