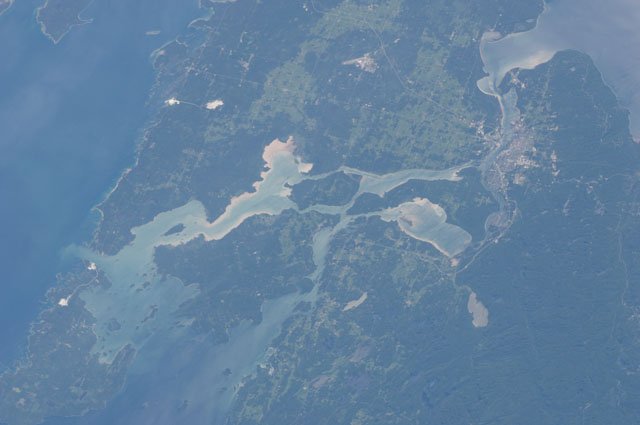 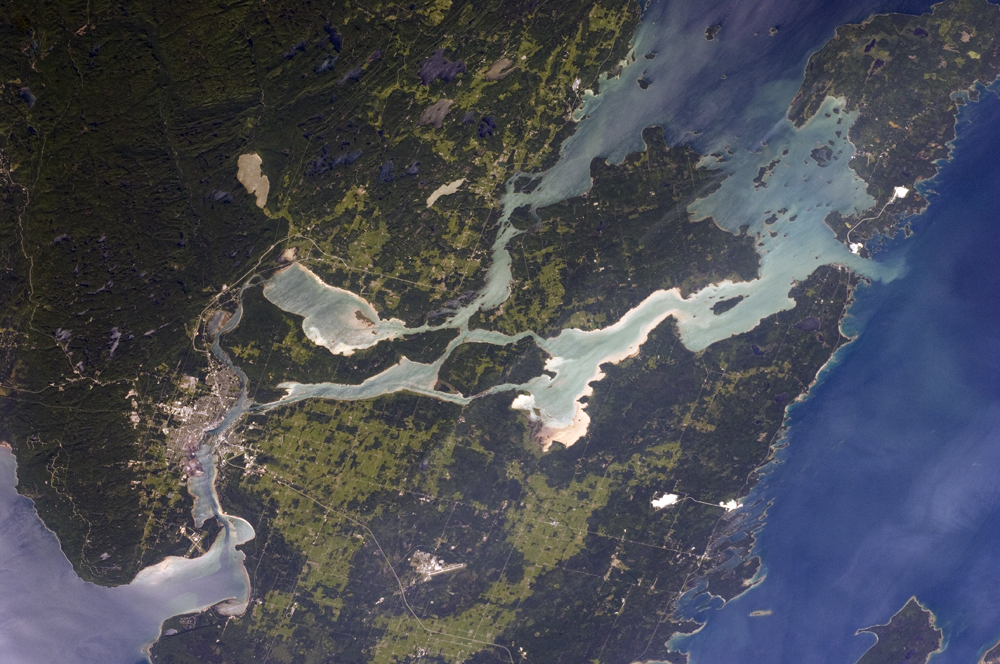 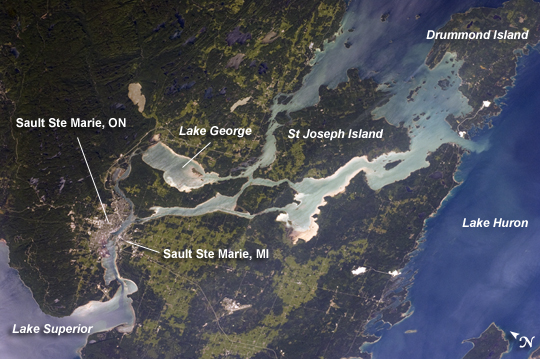 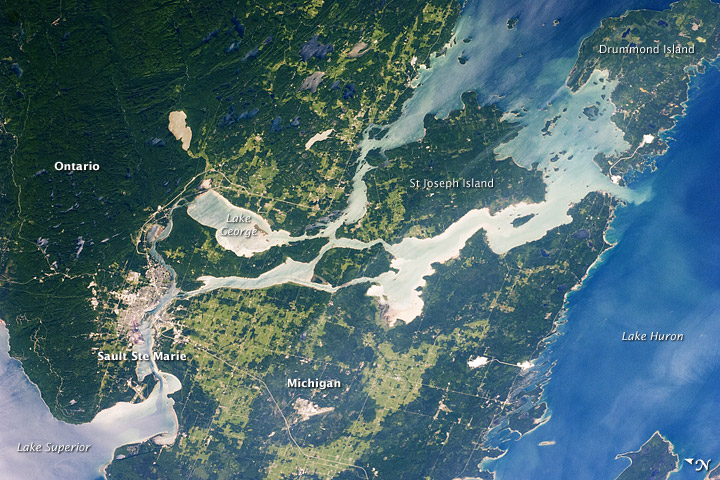 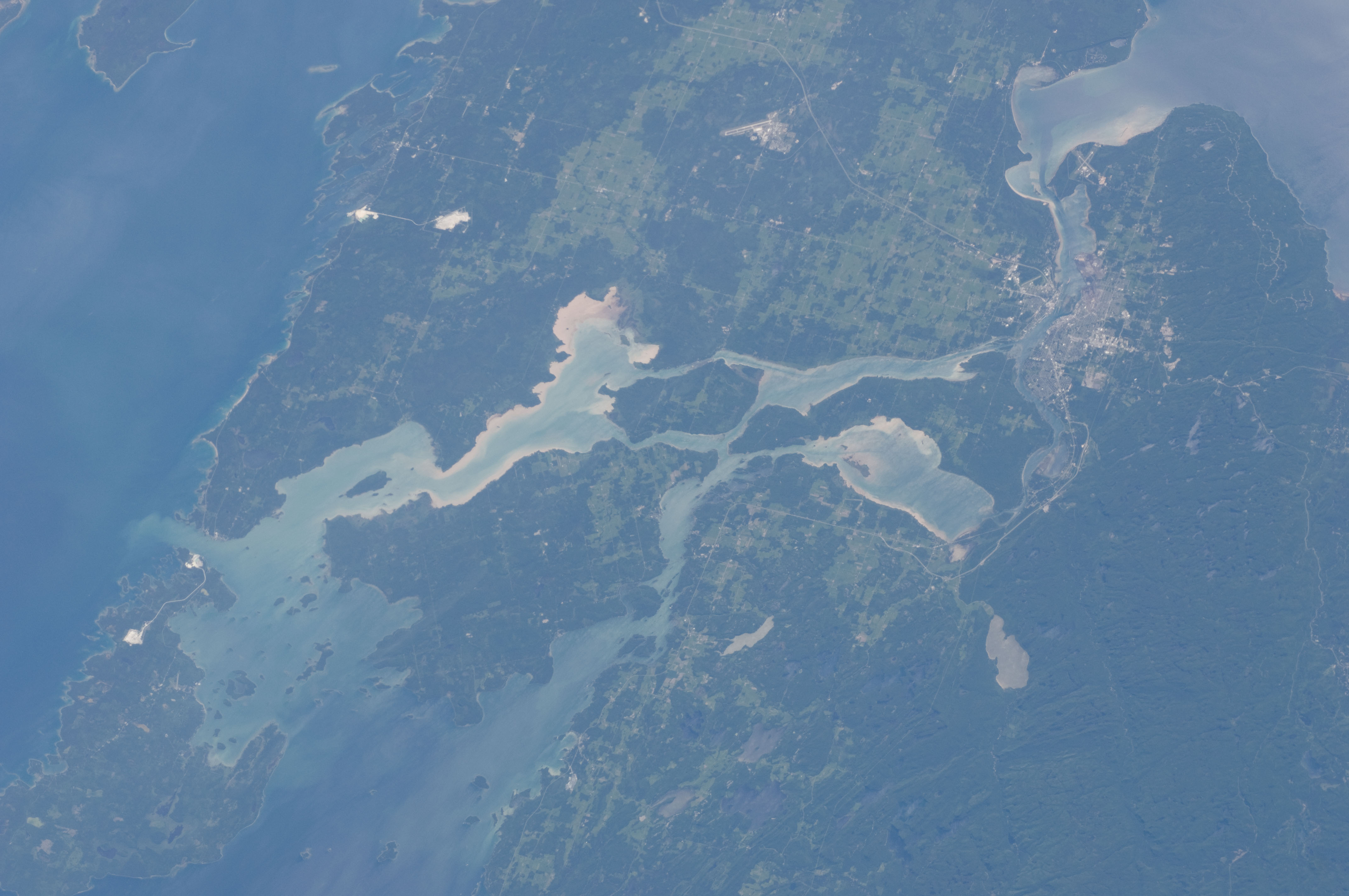 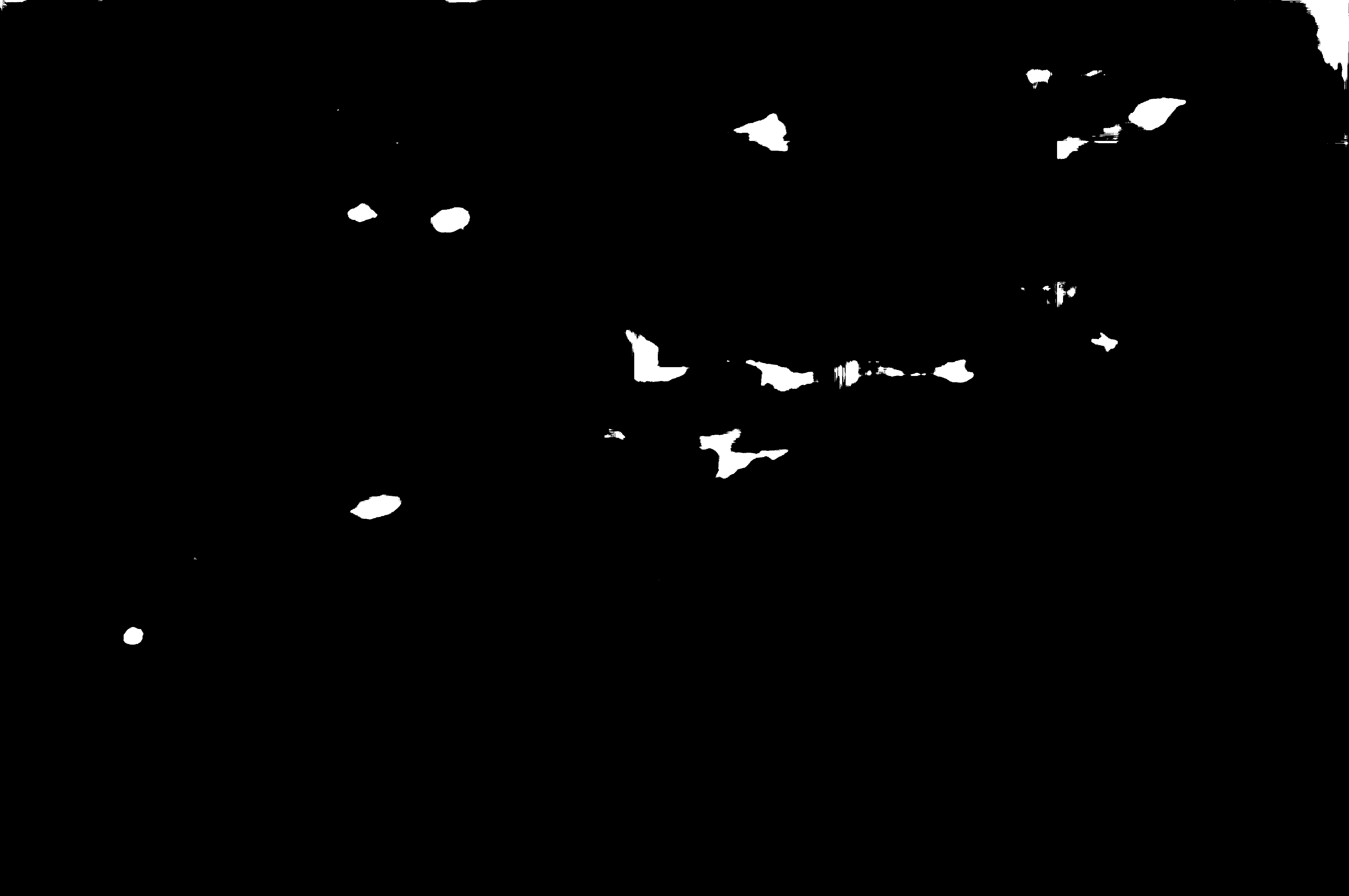 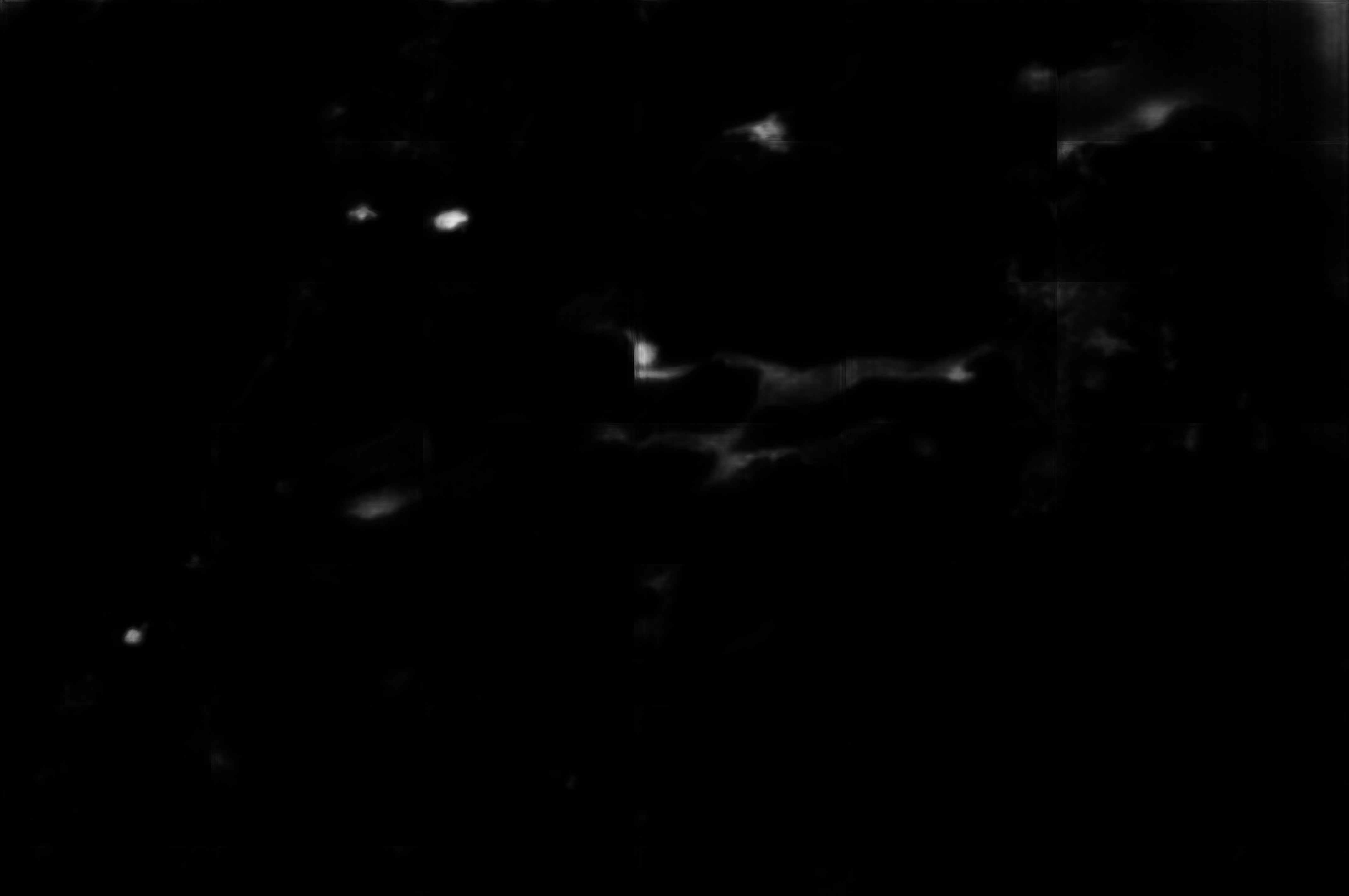 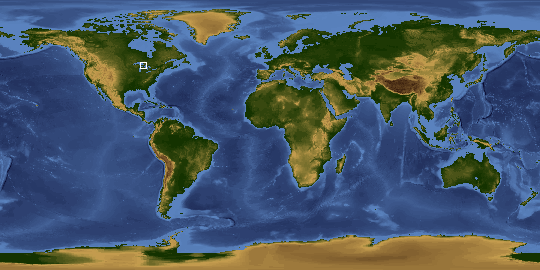 The twin cities of Sault Ste Marie are located across the St. Mary's River that forms part of the international boundary between Canada (Province of Ontario) and the United States (State of Michigan). This astronaut photograph highlights the two cities, together with the region of lakes and islands that separates Lakes Huron and Superior, two of the Great Lakes of North America. Smaller lakes include Lake George to the west; the large forested islands of St. Joseph and Drummond are visible at image upper left.

The Sault Ste Marie urban areas (image lower left) have a distinctive gray to white coloration in the image, contrasting with the deep green of forested areas in Ontario and the lighter green of agricultural fields in Michigan. The coloration of water surfaces in the lakes and rivers varies from blue to blue-green to silver, and is likely caused by varying degrees of sediment and sunglint - light reflecting back to the astronaut observer on the International Space Station from the water surface, much as light reflects from a mirror.

Prior to formalization of the US/Canada border in 1817, Sault Ste Marie was a single community. Archeological evidence suggests that the region had been occupied by Native Americans at least five hundred years ago. A mission - the first European settlement in Michigan - was established there in 1668 by the French Jesuit Father Jacques Marquette. Today, shipping locks and canals in both urban areas are an important part of the Great Lakes shipping traffic system.