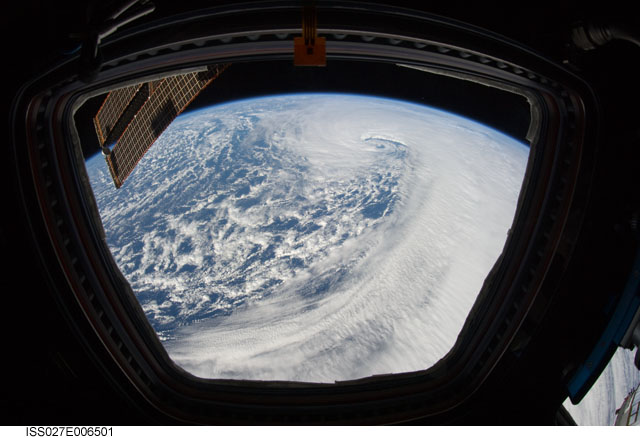 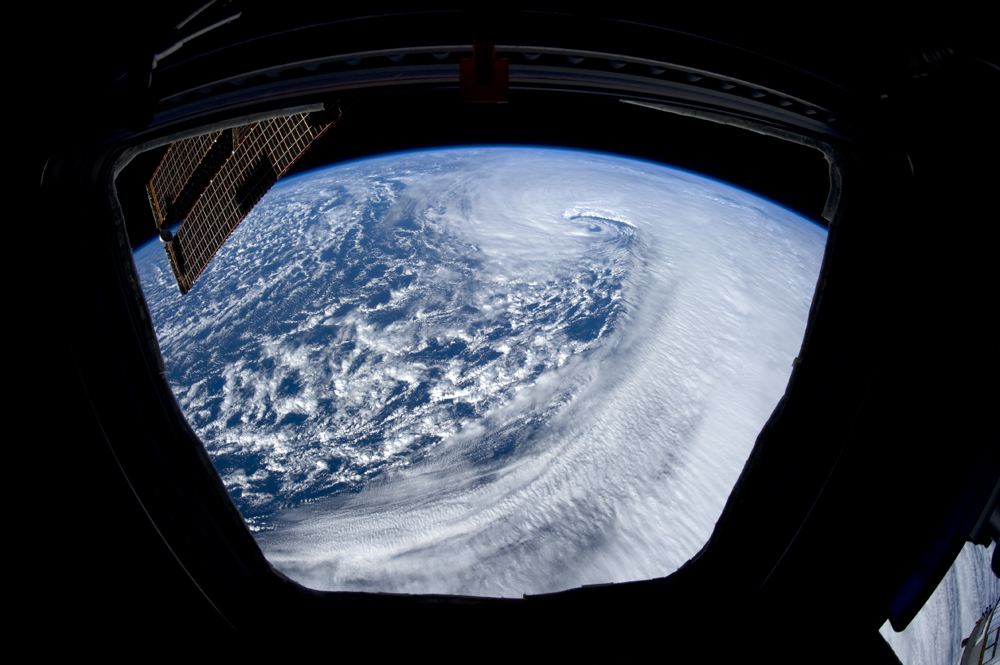 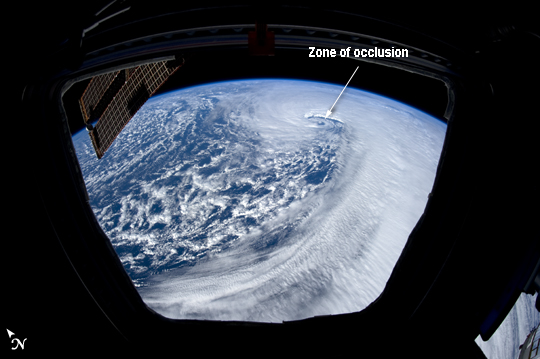 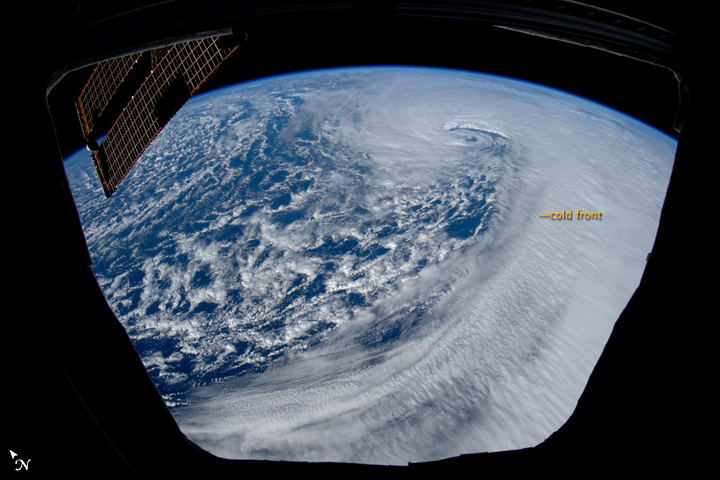 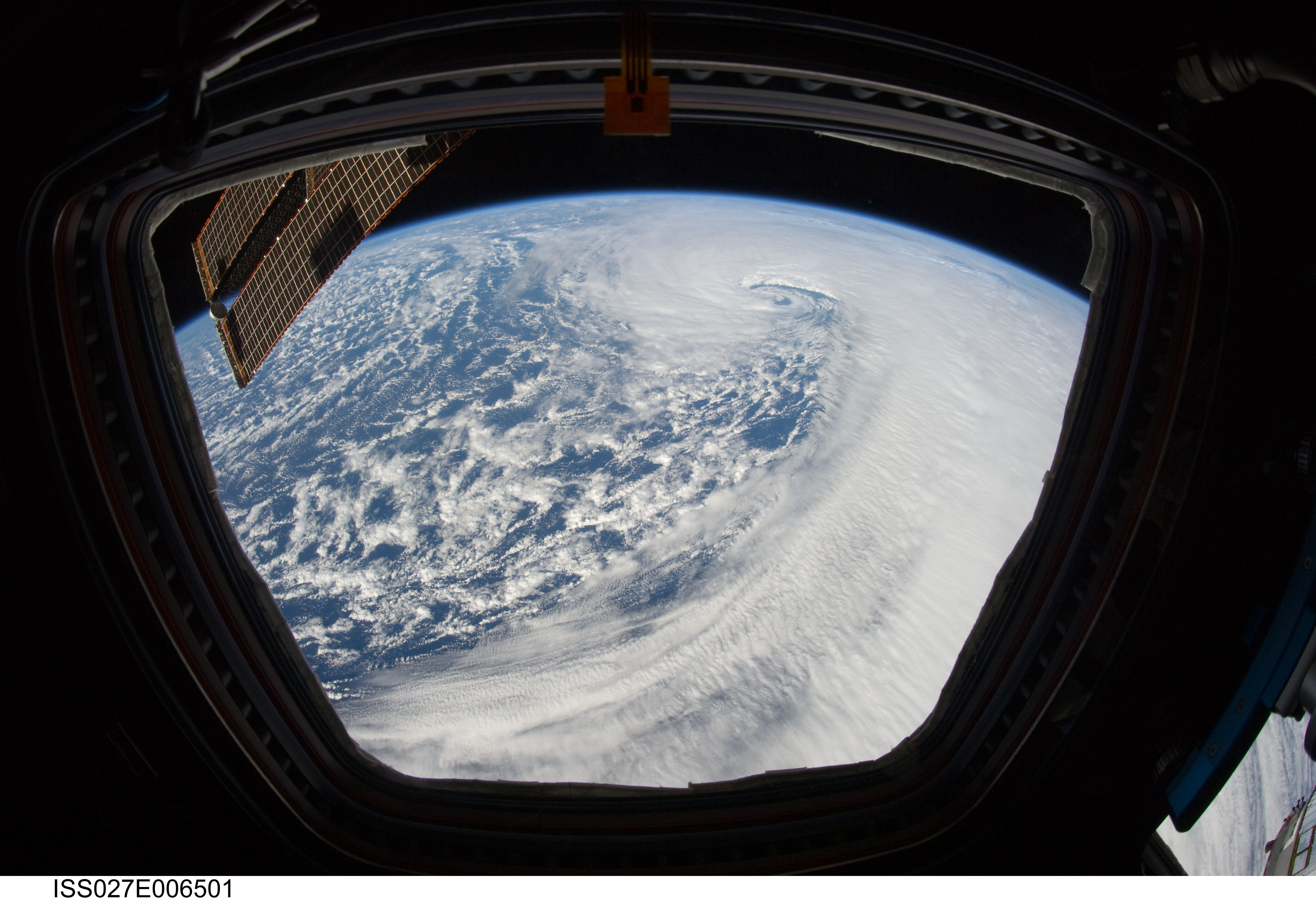 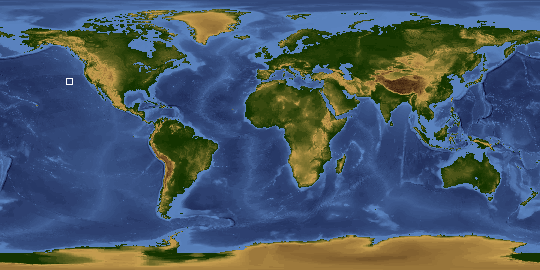 From one of the six trapezoidal windows in the International Space Station (ISS) cupola, the astronauts have a field of view covering an area equal to the length of California, and as wide as from the California coast to central Colorado. The cyclonic vortex visible in this image from the cupola occurred within a large area of low pressure over the eastern north Pacific extending along the entire coast of California to Vancouver Island, Canada.

This vigorous low pressure system is located to the south of a weaker system (see image ISS027-E-6500), and has started to occlude--a process associated with separation of warm air from the cyclone's center at the Earth's surface. This image shows the arc of strong convection beyond the center of the low pressure, formed as the low occludes when the cold front overtakes the warm front. This occurs around more mature low pressure areas, later in the process of the system's life-cycle.

The cupola is a panoramic control center for the ISS; it is a dome-shaped module with windows designed for observing and guiding robotic operations outside of the Station. Part of one of the ISS solar panel arrays is visible outside the cupola at image upper left. The 360 degree view not only provides viewing for operating the robotic workstation but also for observing the Earth and celestial bodies.