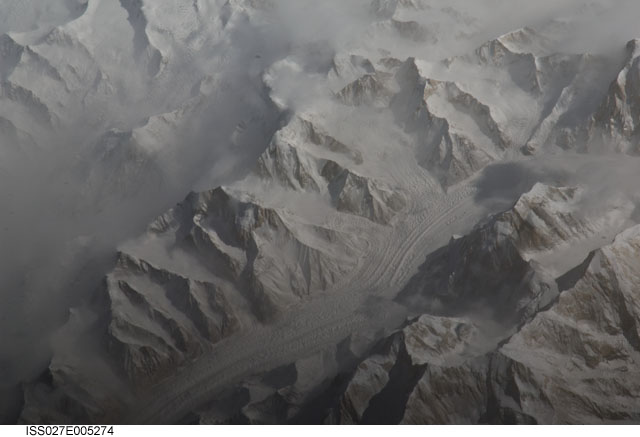 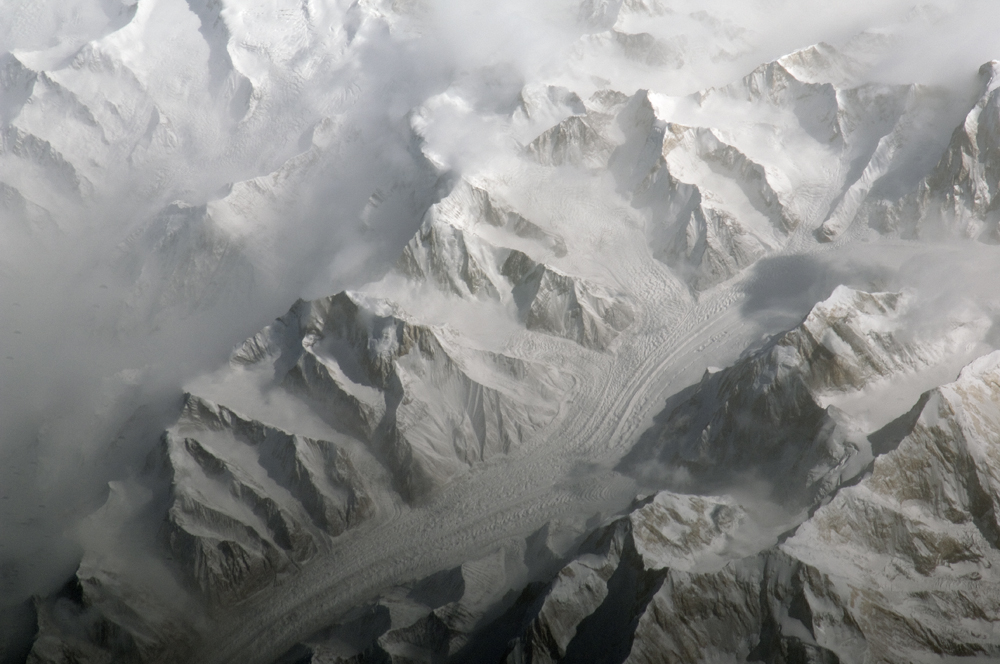 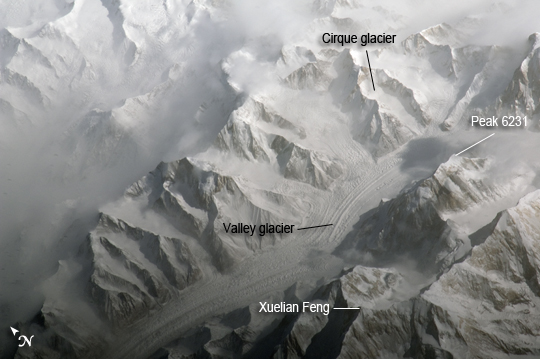 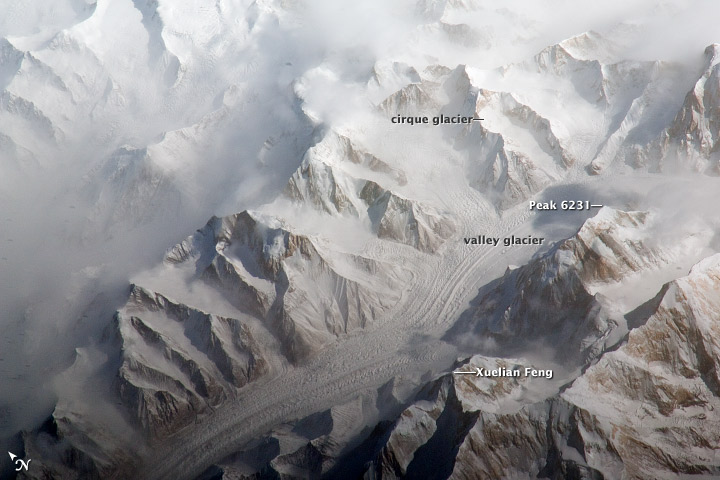 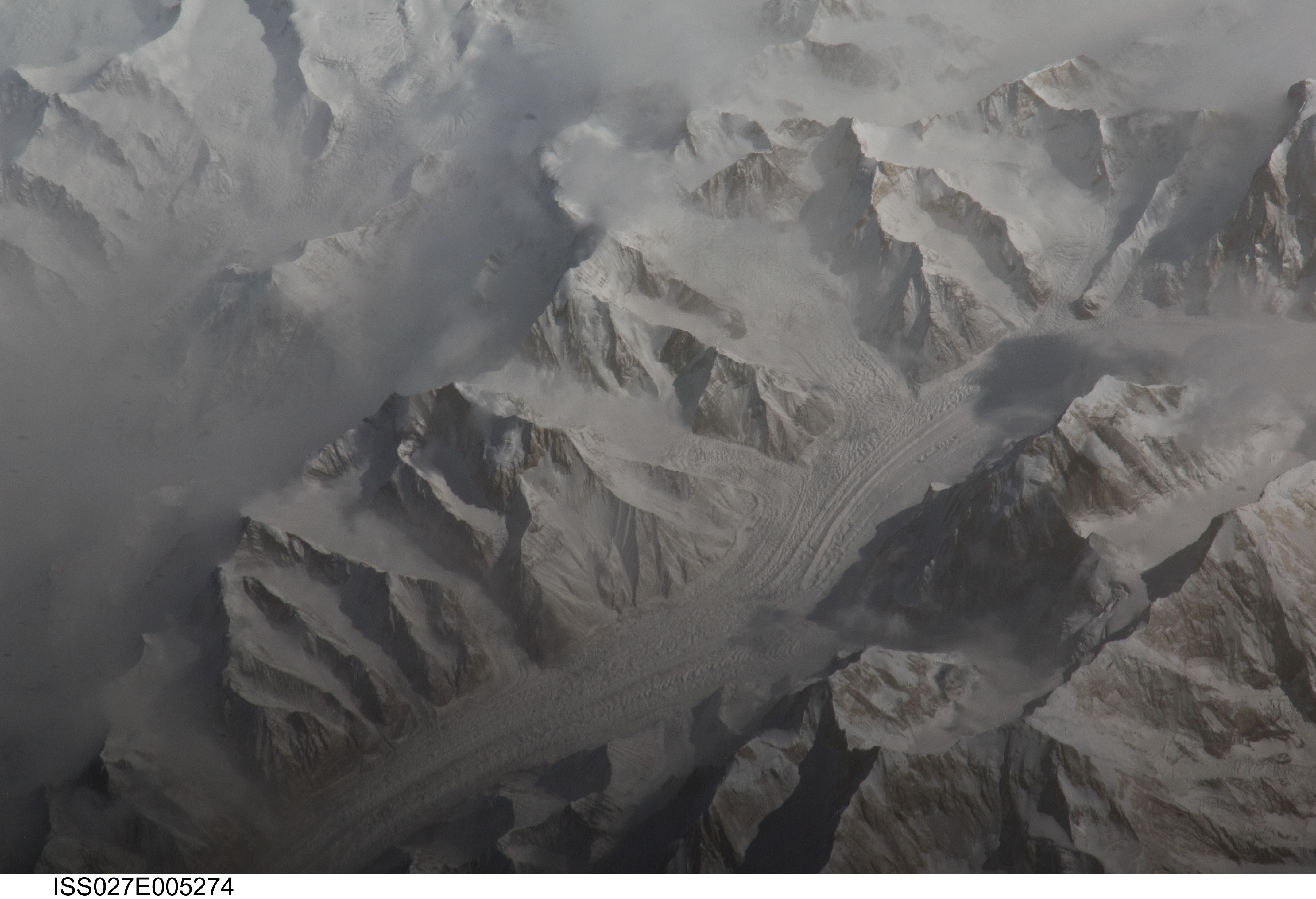 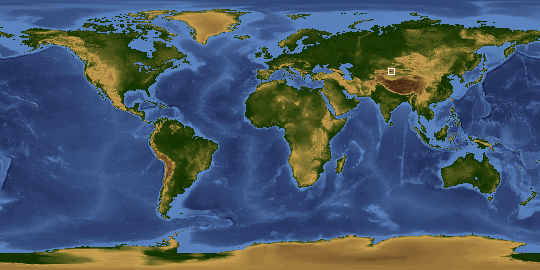 The Tien Shan (or "celestial mountains" in Chinese) is one of the largest continuous mountain ranges in the world, extending approximately 2500 kilometers roughly east-west across Central Asia. This astronaut photograph provides a detailed view of part of the central Tien Shan, located approximately 64 kilometers east of where the borders of China, Kyrgyzstan, and Kazakhstan meet. While the image looks like it might have been taken from an airplane, it was taken from the International Space Station (ISS) at an altitude of 341 kilometers. The distance between the ISS ground track position (approximately 304 kilometers to the southwest) and the imaged area produces an oblique - looking outwards an angle, rather than straight down - view that, together with shadowing of valleys, accentuates the mountainous topography.

Like the Himalayas to the south, the uplift of the Tien Shan results from the ongoing collision between the Eurasian and Indian continental tectonic plates. The rugged topography of the range is the result of subsequent erosion by water, wind, and in the highest parts of the range, active glaciers. Two types of glaciers are visible in the image; cirque glaciers occupy amphitheater-like depressions on the upper slopes of the mountains, and feed ice downslope to aggregate into large valley glaciers such as the one visible at image center. Low clouds obscure an adjacent valley and glaciers to the north (image upper left).