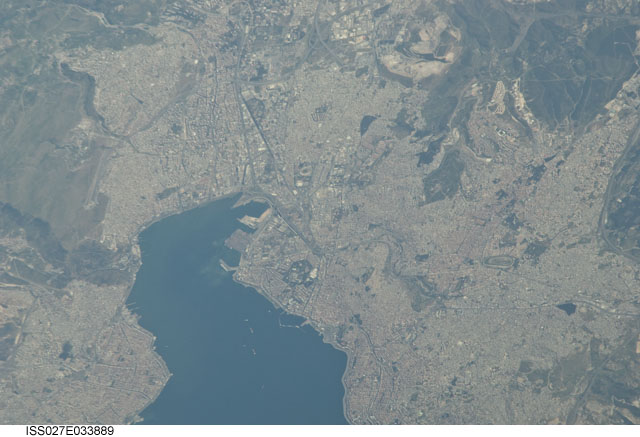 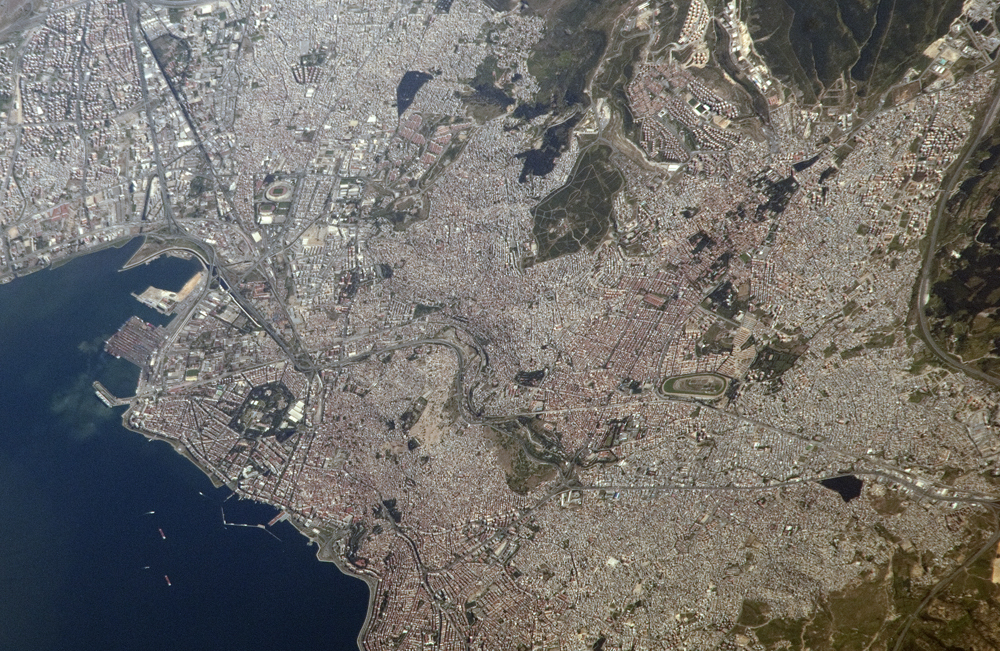 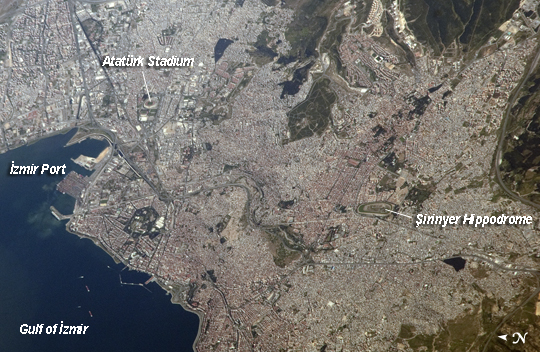 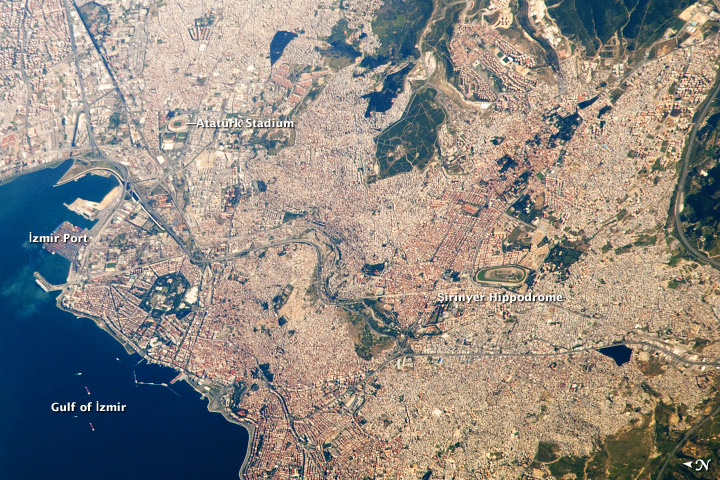 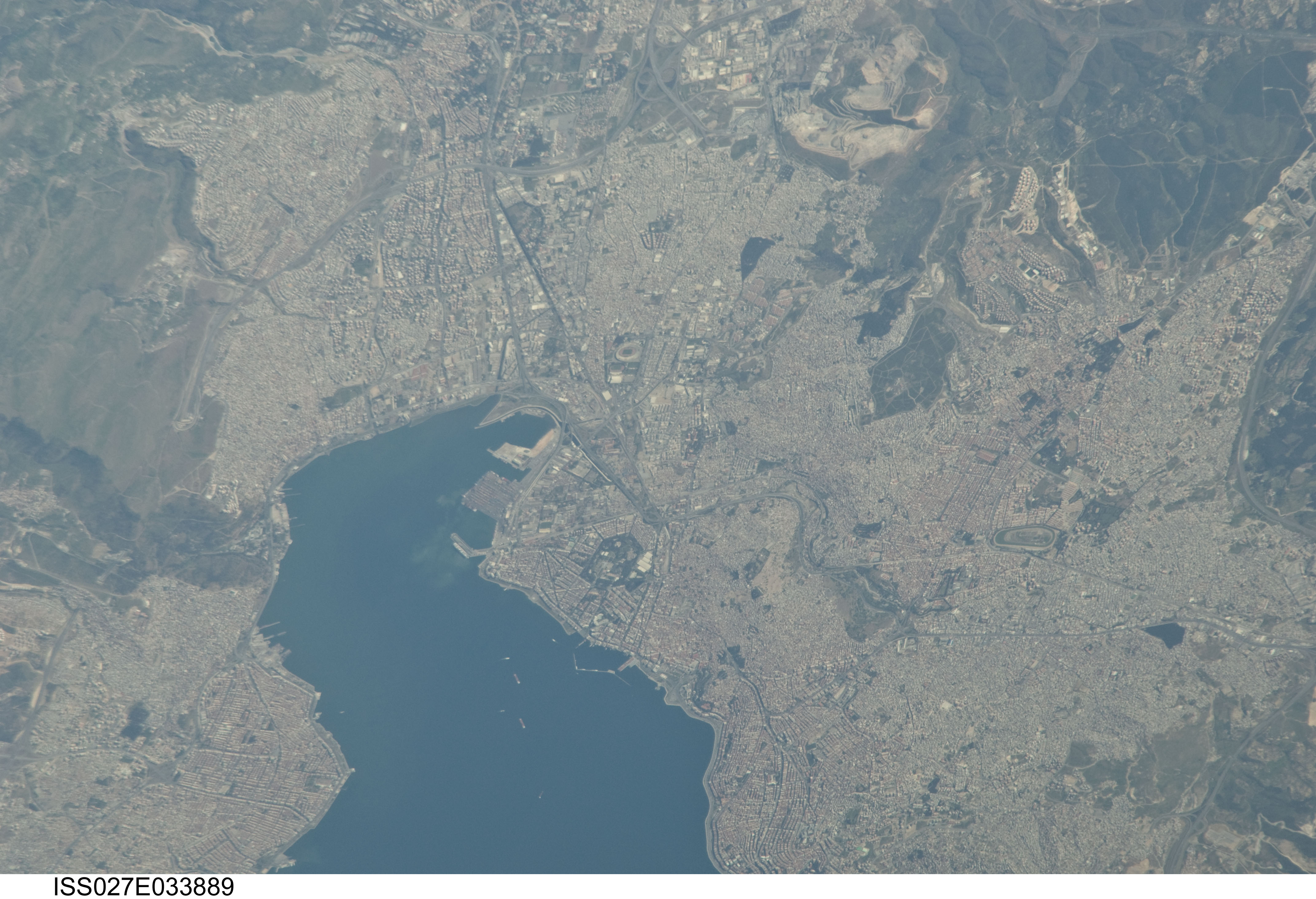 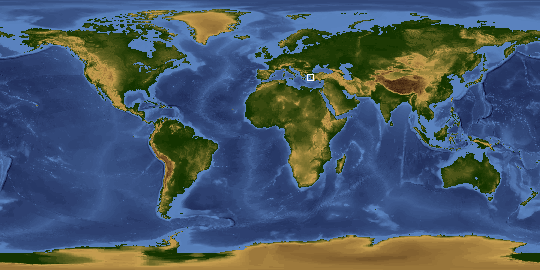 The metropolis of İzmir is located in the western Anatolia region of Turkey. It is the country's third largest city in terms of population and the second largest port city (after Istanbul). The İzmir region has included urban areas for almost 3500 years, and the ancient core of the metropolitan area was originally known as Smyrna. Due to its location on the Gulf of İzmir (image lower left) with access to the Aegean Sea, İzmir (or Smyrna) has been an important Mediterranean Sea port for most of its history. This detailed astronaut photograph highlights the modern urban landscape of the İzmir metropolitan area.

Today, the metropolitan area includes eleven districts, many of which were independent neighborhoods prior to agglomeration into "greater İzmir". Densely built-up residential and commercial districts, characterized by gray to reddish gray rooftops occupy much of the central part of the image. Larger structures with bright white rooftops are indicative of commercial/industrial areas near the İzmir Port at image left.

Two large sport complexes, the Ataturk Stadium and Şirinyer Hippodrome (horse racing track) are clearly visible at image upper left and image right respectively. Numerous vegetated parks (green) are located throughout the area. In addition to being a major trade center, greater İzmir is a hub for regional tourism.