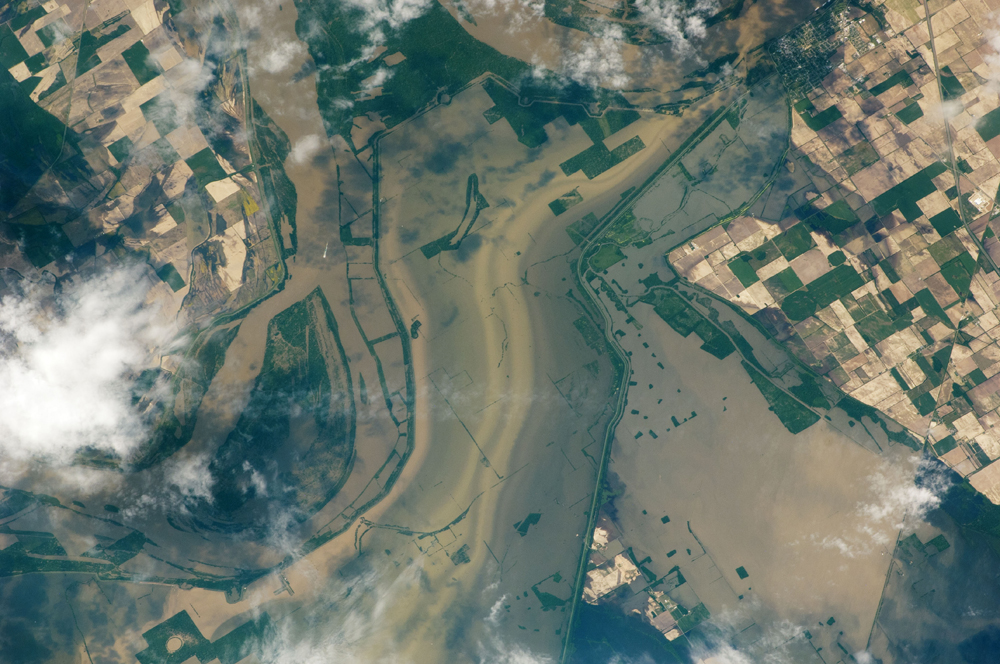 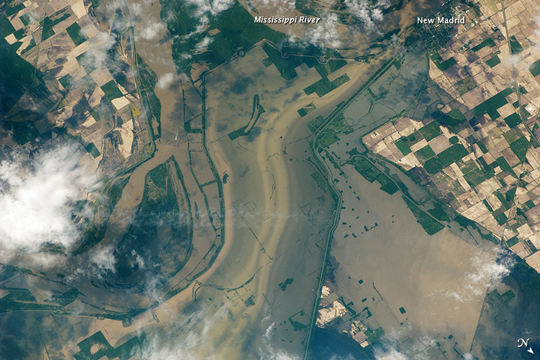 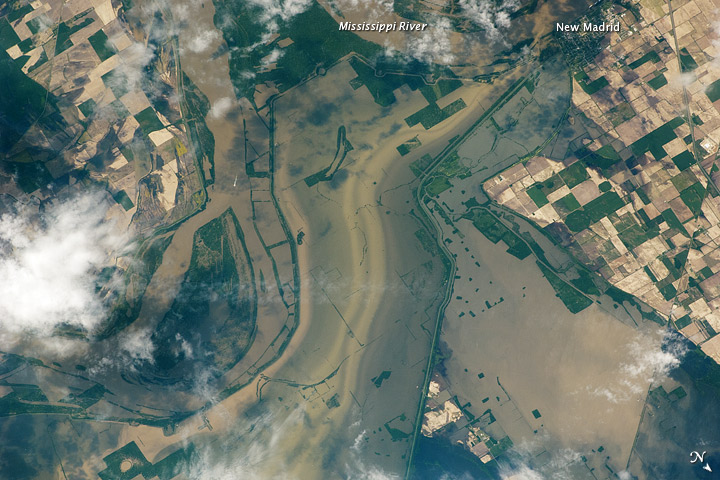 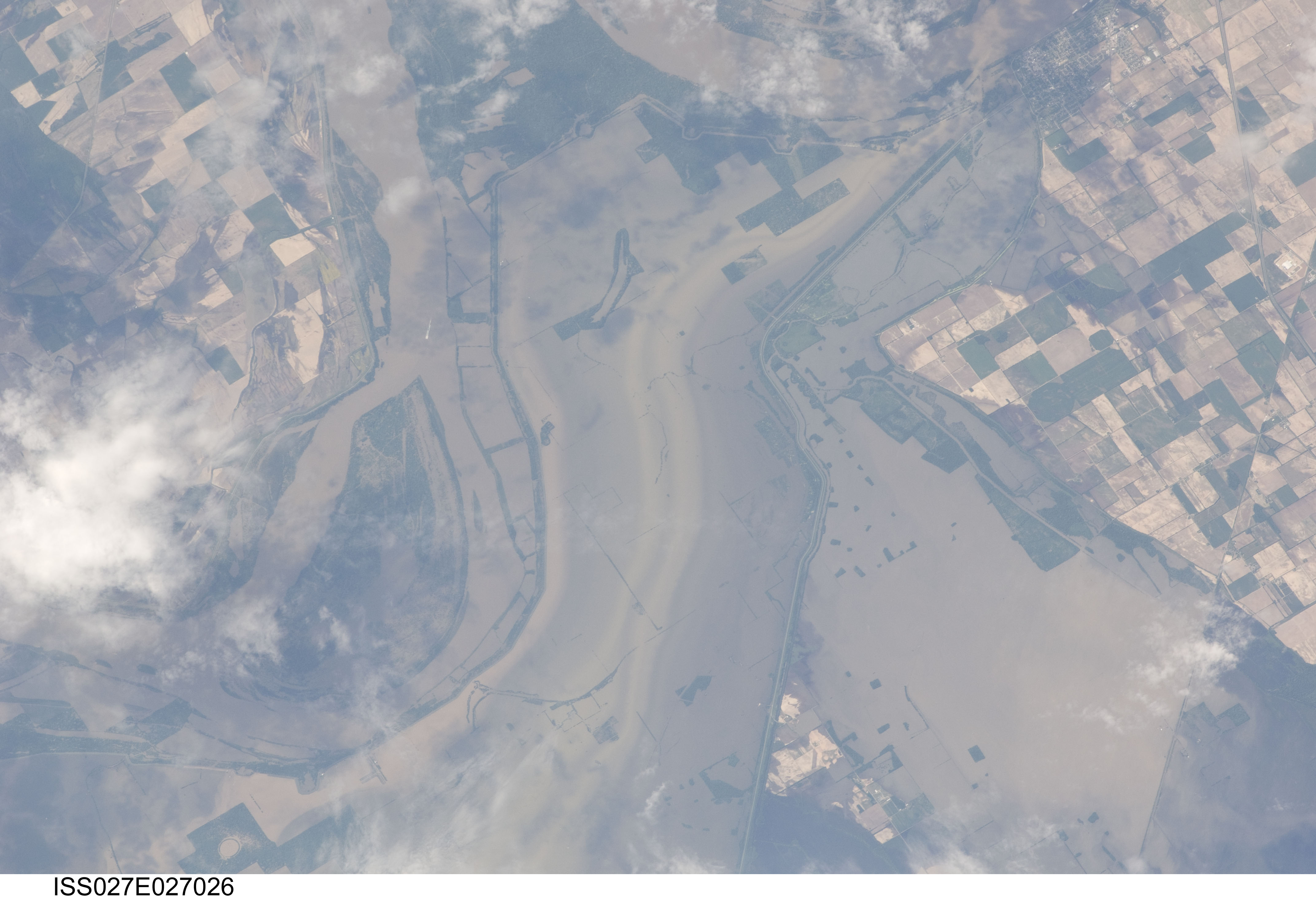 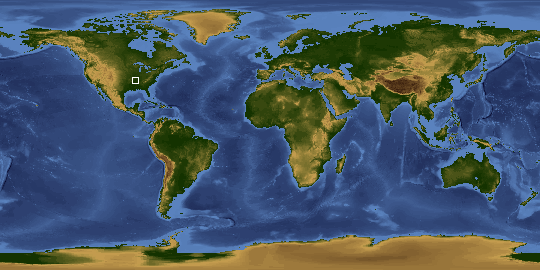 Along a northward loop of the Mississippi River, near the city of New Madrid, flood water rested on agricultural fields in early May 2011. Taken from an altitude of 220 miles (350 kilometers) above the Earth, this astronaut photo shows muddy water filling a broad swath of cropland north of the river bend. In this image, north is toward the lower right.

Crops normally carpet the landscape north of New Madrid. This portion of Missouri, however, lies near the Birds Point-New Madrid Floodway. On May 2, 2011, the U.S. Army Corps of Engineers breached a levee near the confluence of the Ohio and Mississippi Rivers. The move spared the residents of Cairo, Illinois, but filled the floodway.