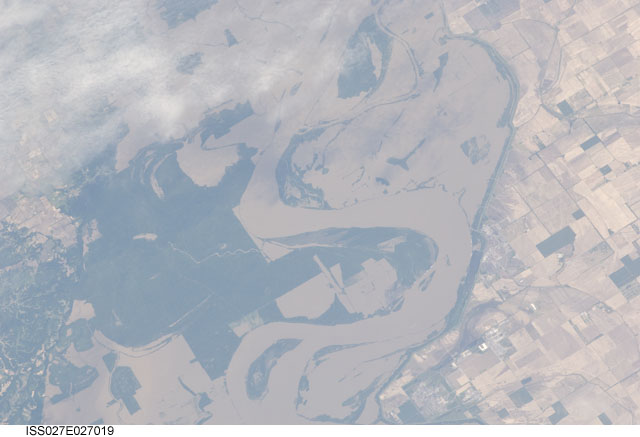 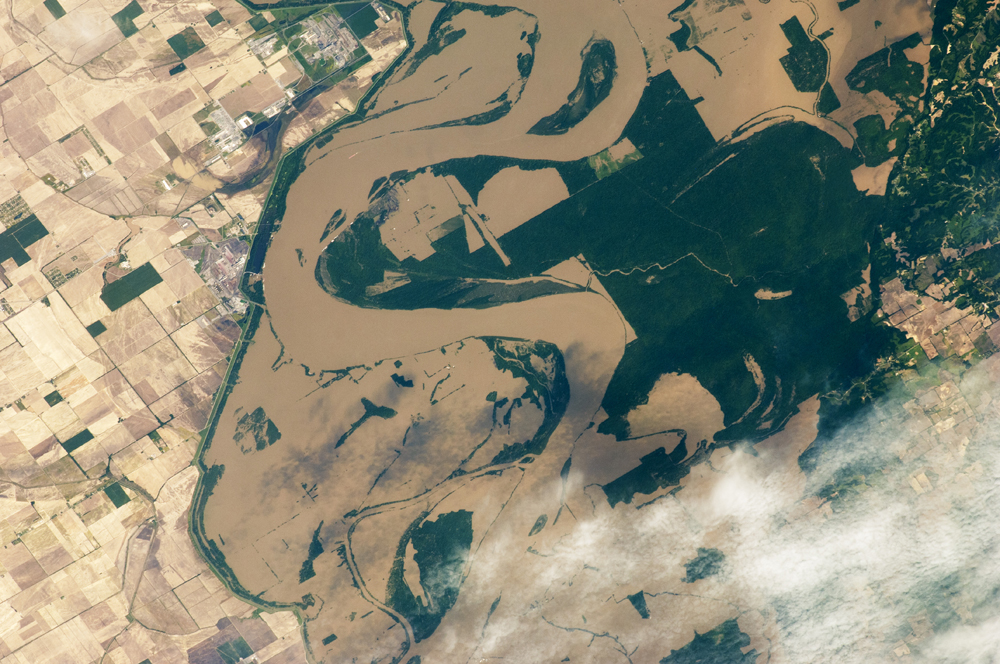 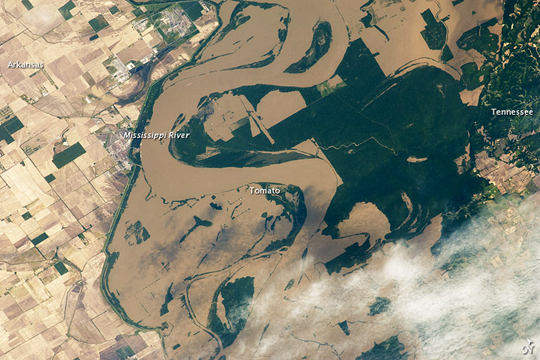 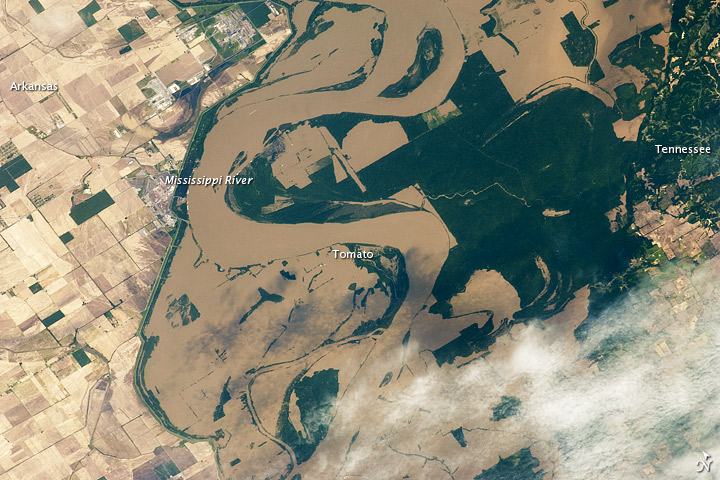 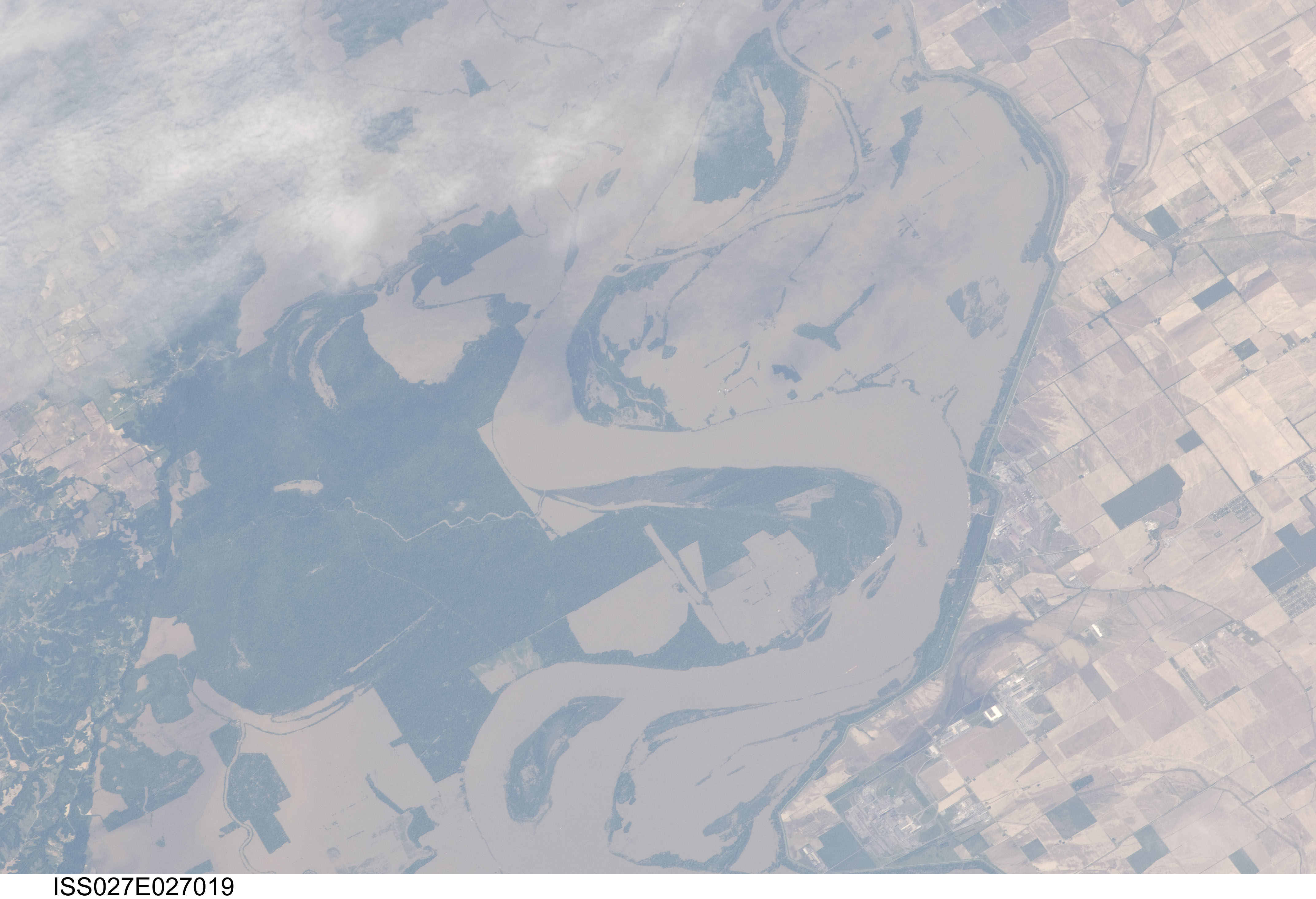 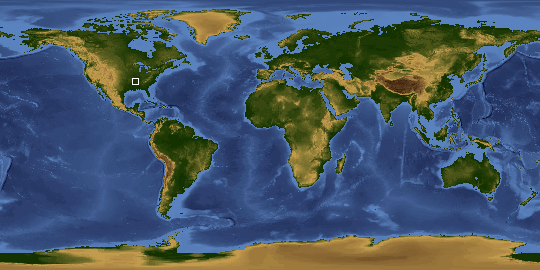 The Mississippi River spilled over its banks in Arkansas and Tennessee on May 12, 2011, as the International Space Station passed overhead. This astronaut photograph shows muddy water sitting on floodplains around Tomato, Arkansas, as well as extensive flooding to the north.

Flood waters around Tomato appear confined by an embankment in the west. The embankment extends southward from a bend in the Mississippi. West of the embankment lies a patchwork of agricultural fields. East of the river lies an expanse of dark green forest, the Anderson-Tully State Wildlife Management Area.