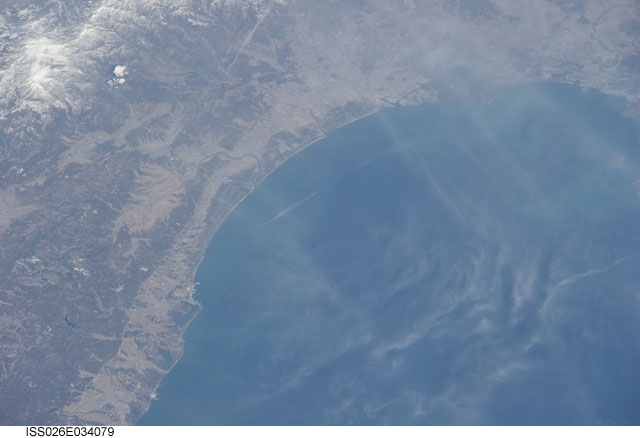 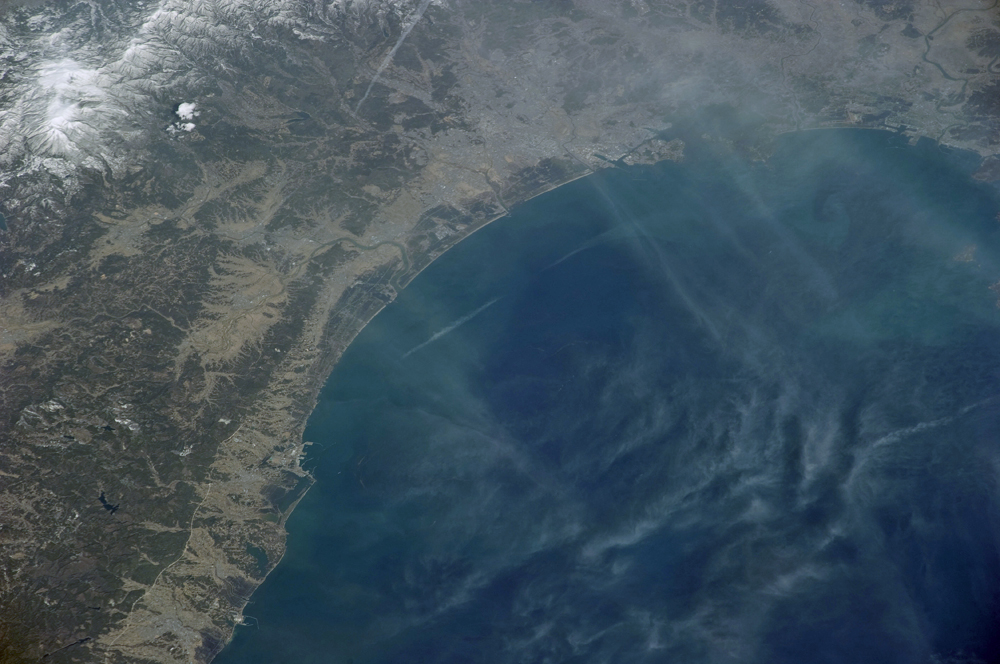 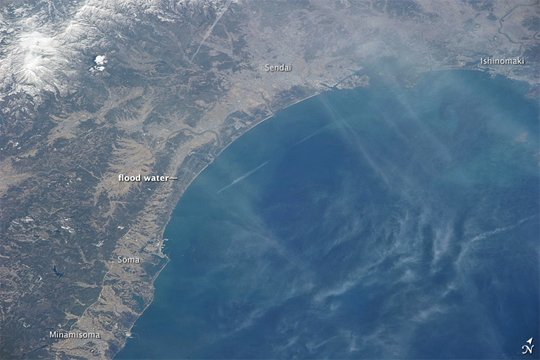 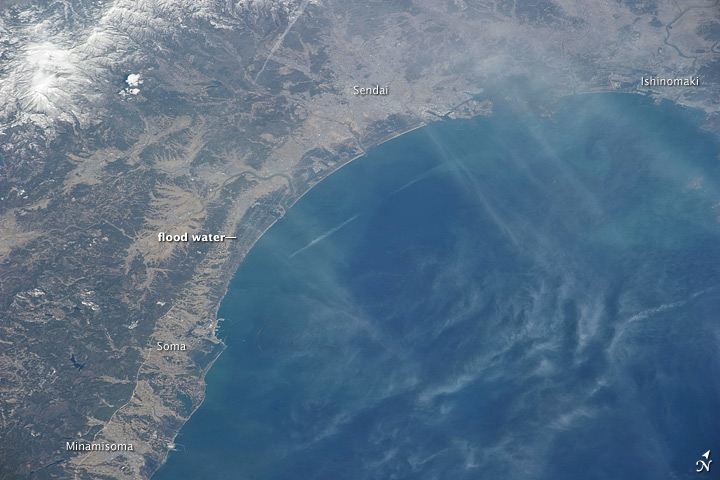 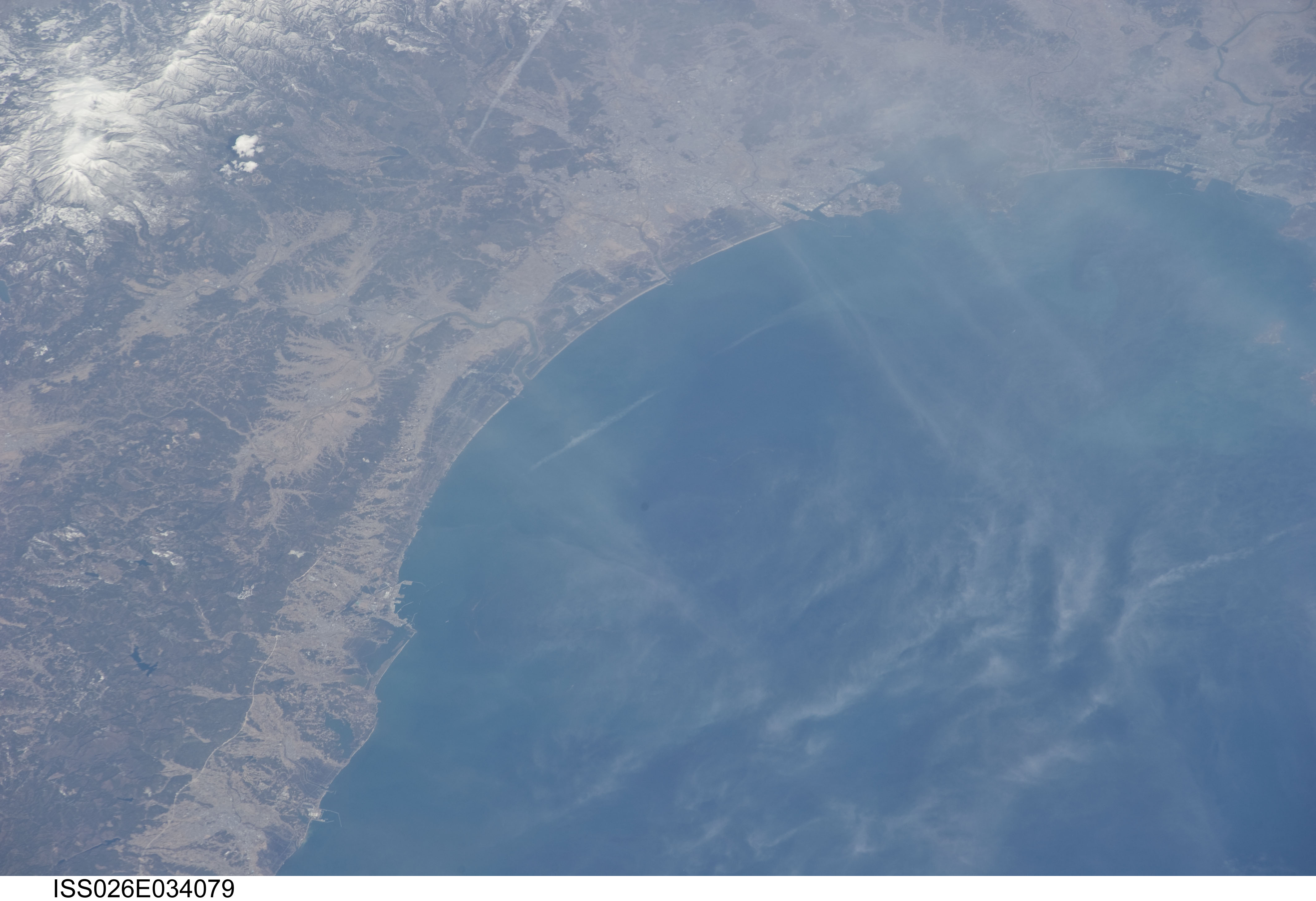 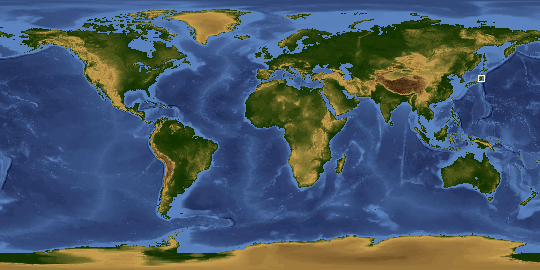 Through a thin haze of clouds, flooding was still discernible south of Sendai days after the massive earthquake and resulting tsunami that devastated Japan. An Expedition 26 crew member on the International Space Station took this photograph on March 14, 2011.

This image is rotated slightly so north is to the upper right. The metropolitan area of Sendai appears in shades of beige and gray. The coastal plain east and south of the city appears dark due to flood waters sitting on normally dry land. Rivers meandering to the coast blend with the inundated lands now surrounding them.

This photo was taken from an altitude of 215 miles (345 kilometers). Compared to an astronaut photo acquired the previous day, this image appears to have been captured from a higher altitude, but the seeming difference is due to the camera lens.