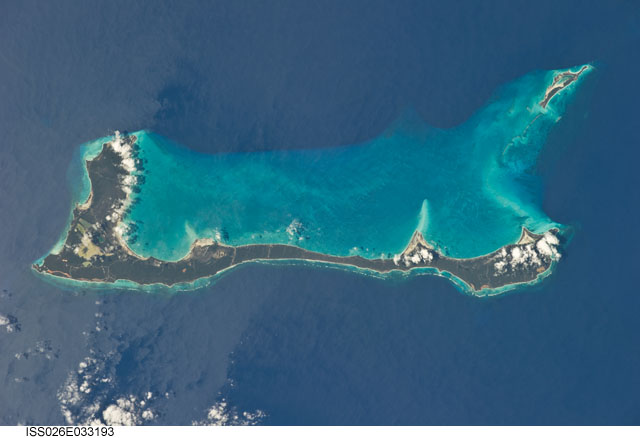 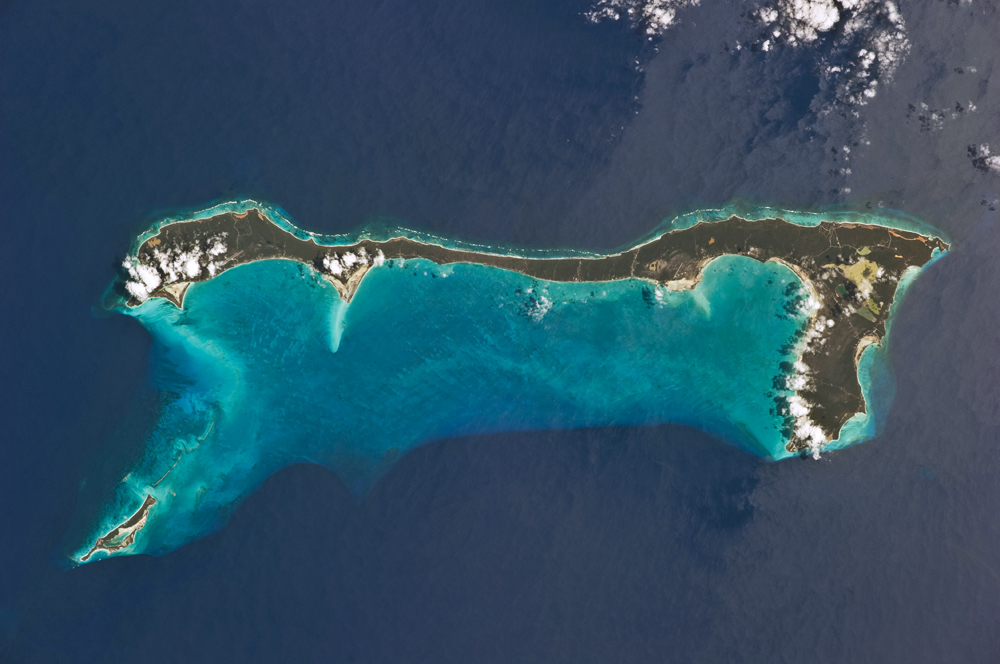 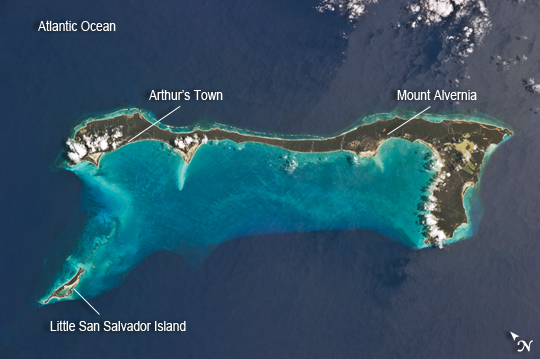 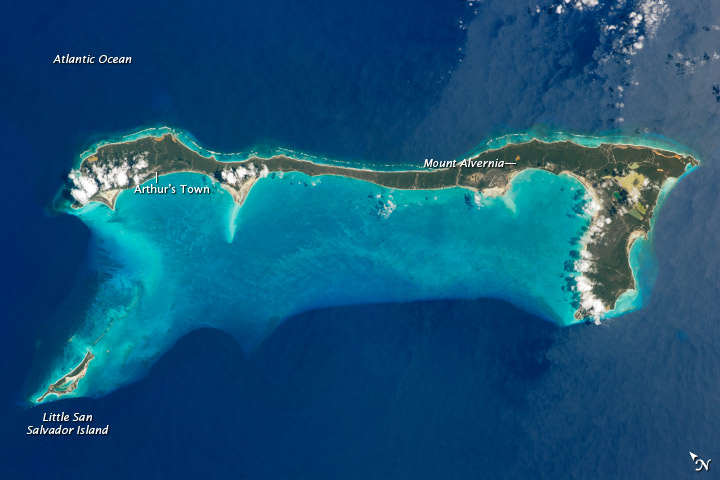 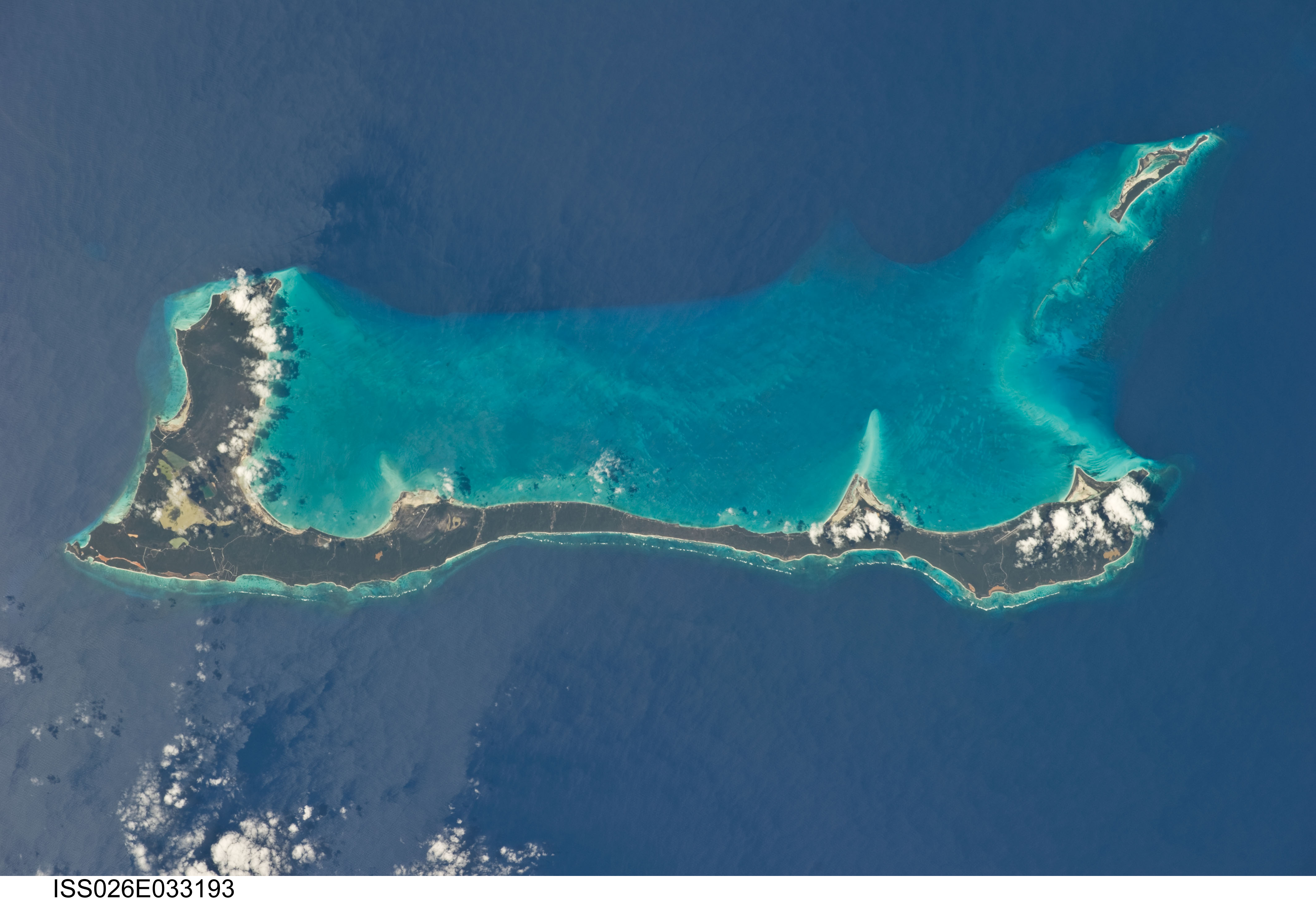 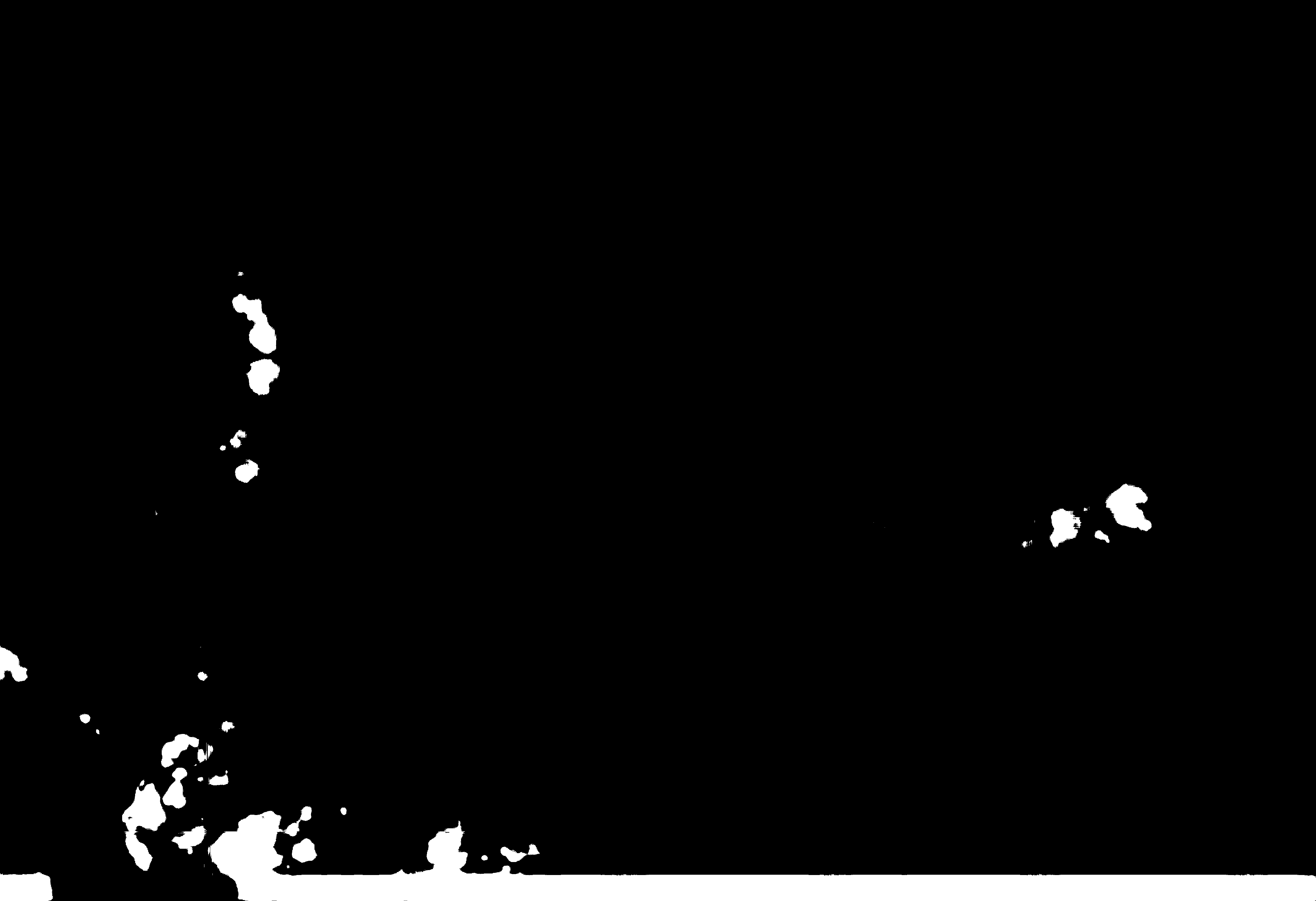 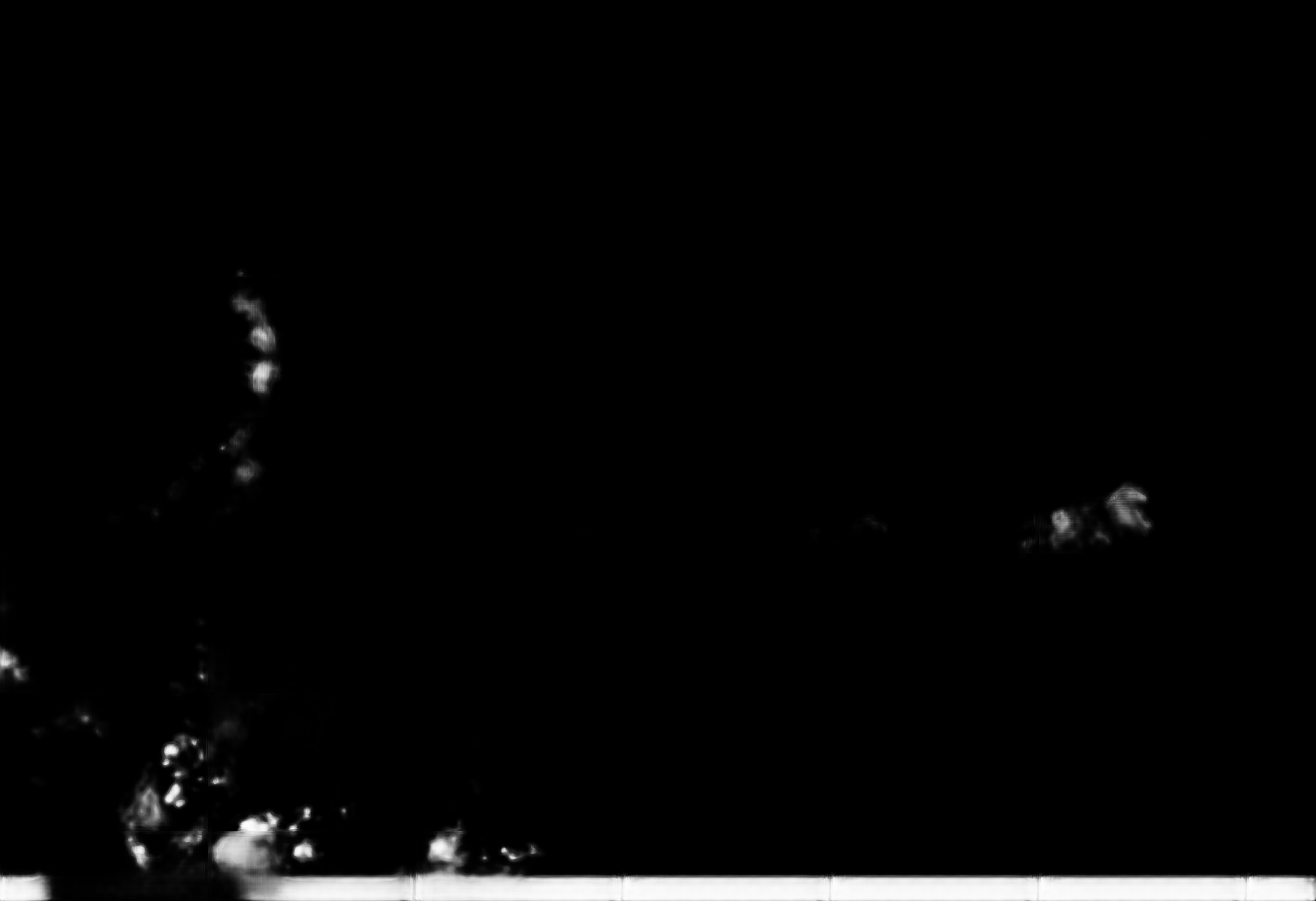 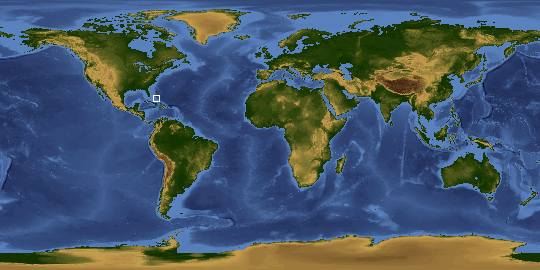 Cat Island is one of 29 islands, 661 cays, and 2,387 islets that form the Commonwealth of the Bahamas. Mount Alvernia, the highest point in the Bahamas at an elevation of approximately 63 meters above sea level, is located on the southeastern part of the island. Like most other islands in the Bahamas, Cat Island is located on a large depositional platform that is composed mainly of carbonate sediments and surrounding reefs. The approximately 77 km long island is the part of the platform continuously exposed above the water surface; this allows for soil development (brown to tan areas in the image) and establishment of vegetation (green areas) to occur.

Shallow water to the west-southwest of the island appears bright blue in this astronaut photograph (image center) in contrast to the deeper ocean waters to the north, east, and south. The ocean surface near the southeastern half of the island has a slight grey tinge; this is due to sunglint, or light reflecting off of the water surface backs towards the astronaut observer on board the International Space Station. Small white cumulus clouds obscure some parts of the island.

Named San Salvador prior to 1925, the island has been put forward as a candidate for Christopher Columbus' first landfall in the Americas. Cat Island is inhabited, and had a total population of 1647 in 2000 according to the Department of Statistics of the Bahamas. The smaller island of Little San Salvador to the west is privately owned and used as a port of call for cruise ships.