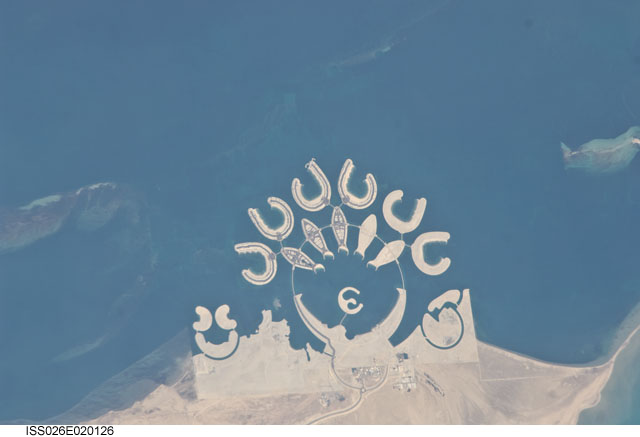 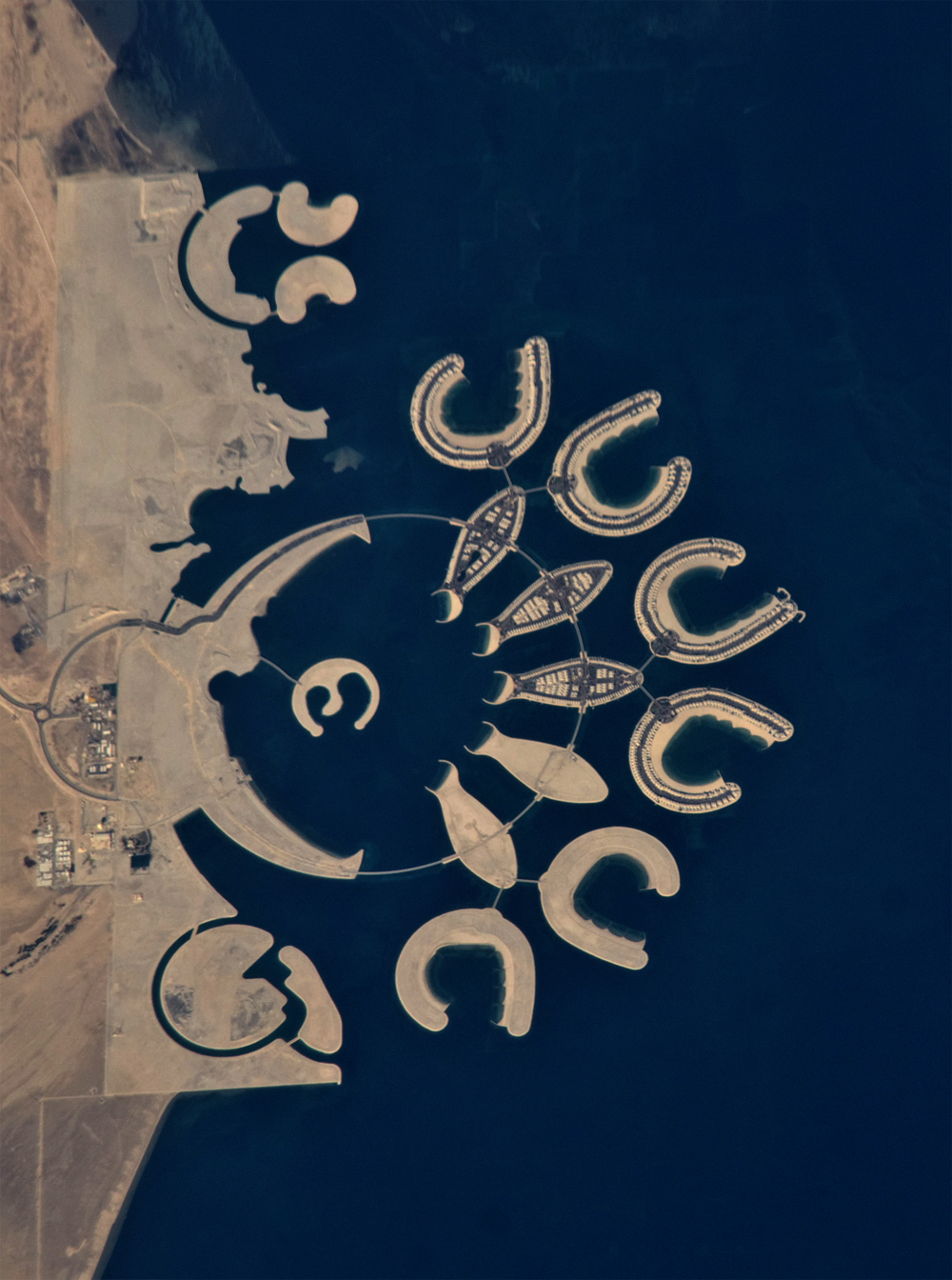 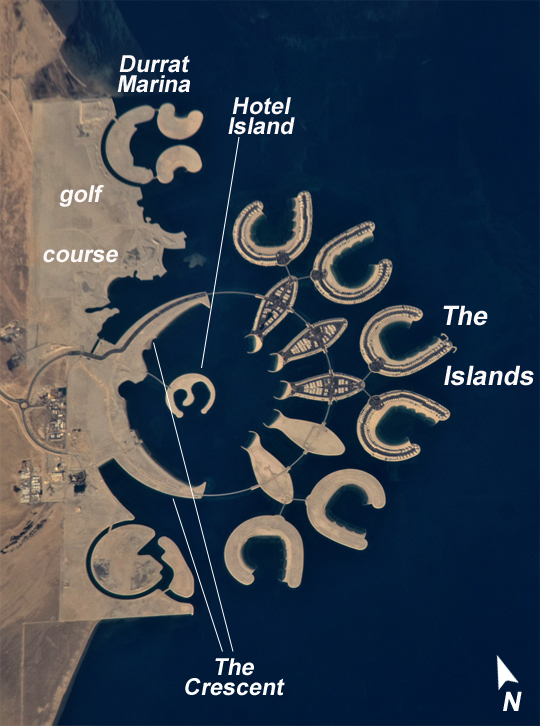 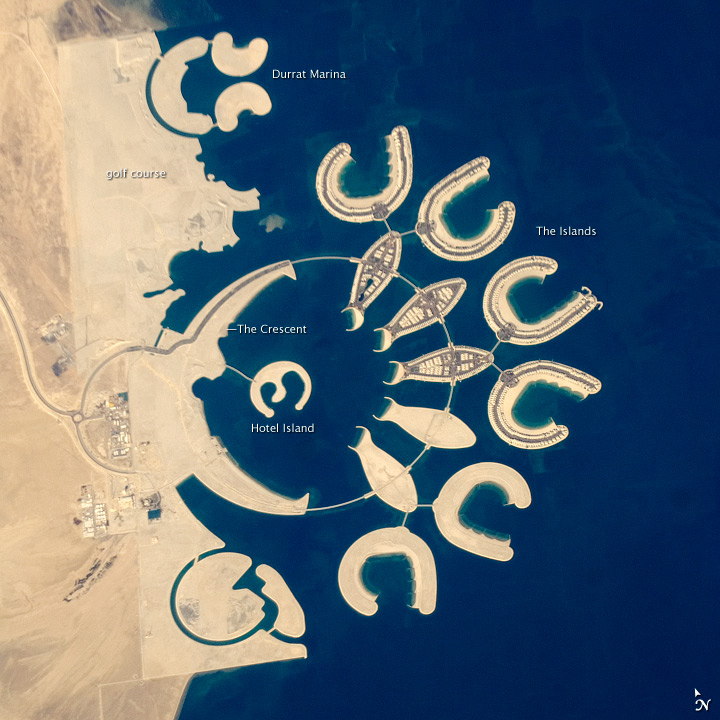 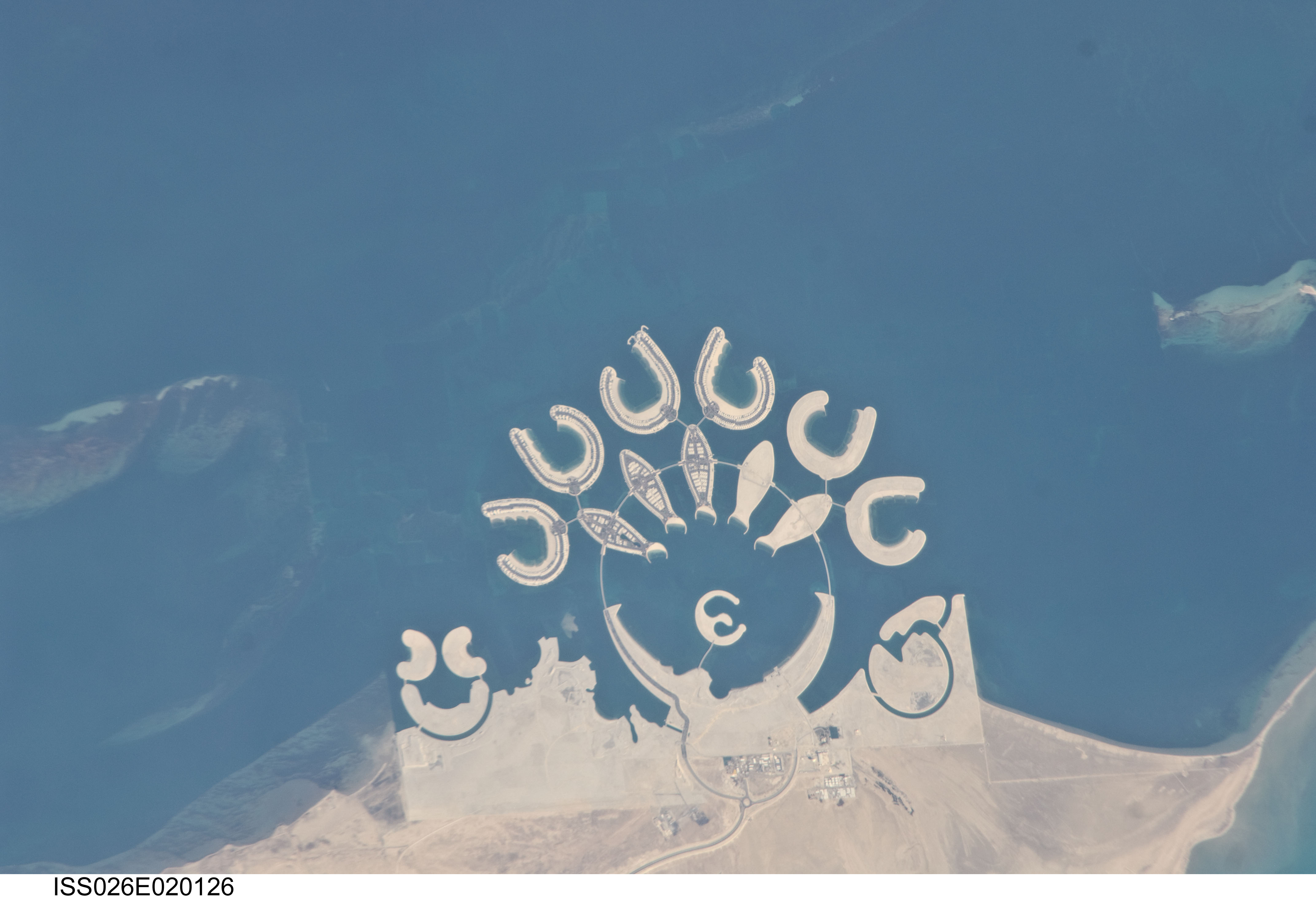 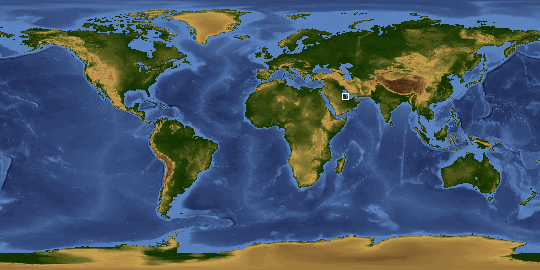 At the southern end of Bahrain Island, at the furthest point from the cities of the kingdom, a new complex of 14 artificial islands has risen out of the sea. Designed for residential living and tourism, and aimed at a cosmopolitan clientele, the Durrat Al Bahrain includes 21 square kilometers (8 square miles) of new surface area for more than 1,000 residences, luxury hotels, and shopping malls. The complex has been designed to include: The Islands (six "atolls" leading off five fish-shaped "petals"), The Crescent, Hotel Island, and Durrat Marina in the north.

The spectacular outline of this development, and other developments such as the Palm Jumeirah and World Islands in the Persian Gulf, are best appreciated from above. Views from jet liners at high altitude and from orbital platforms such as the International Space Station are the only ways to fully appreciate these sights.

This astronaut photograph shows that construction on the surface of the two southern atolls and petals has yet to begin. Artificial beaches have been created on the inner shorelines of the Crescent and petals, with smaller beaches on the inner ends of the atolls and Hotel Island. The angular outline of the golf course, where many more residences are planned, can be seen between The Crescent and the marina. What may be a second marina is being carved out at the south end of the complex (mirroring the one on the north), though no such marina appears in earlier published plans for Durrat Al Bahrain.