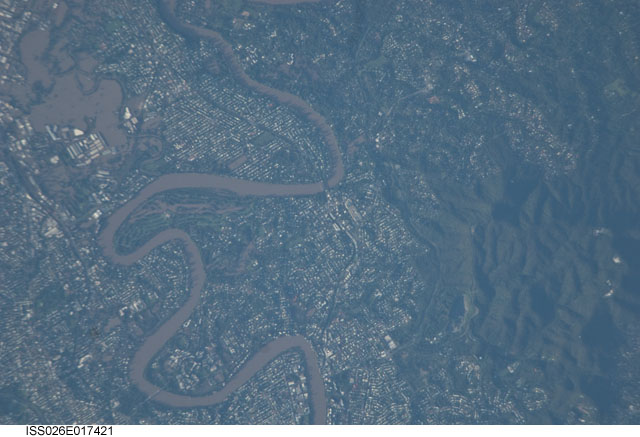 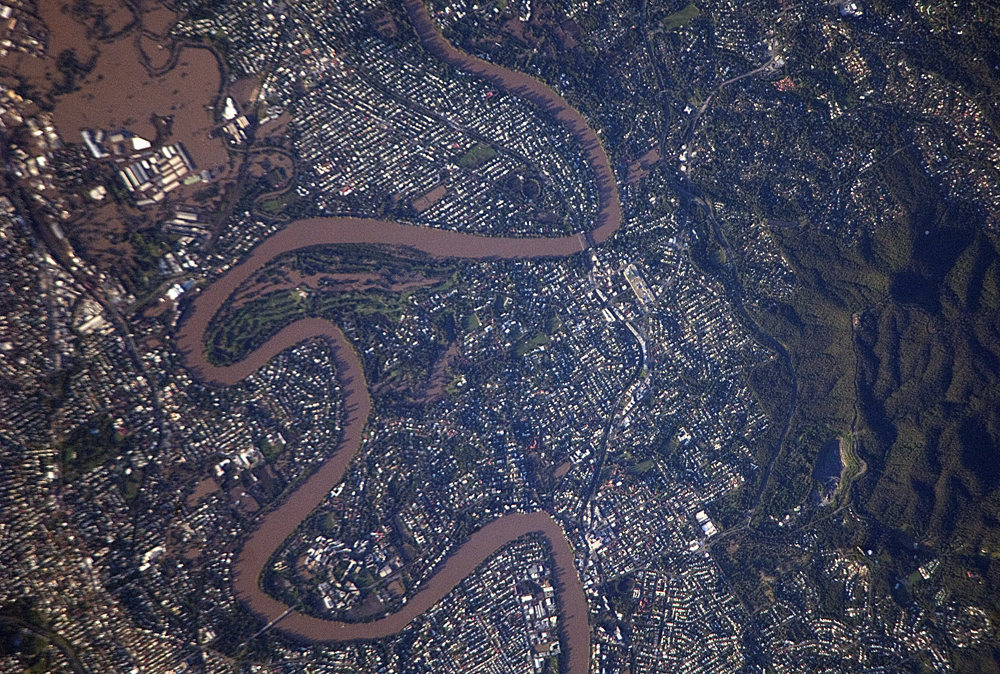 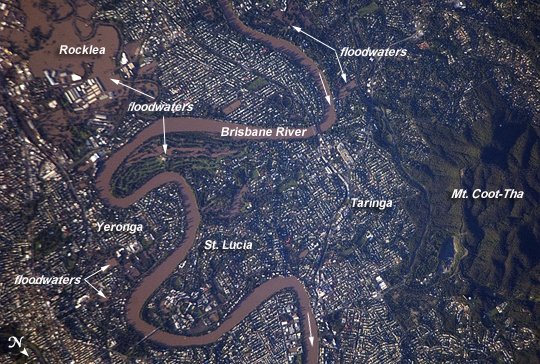 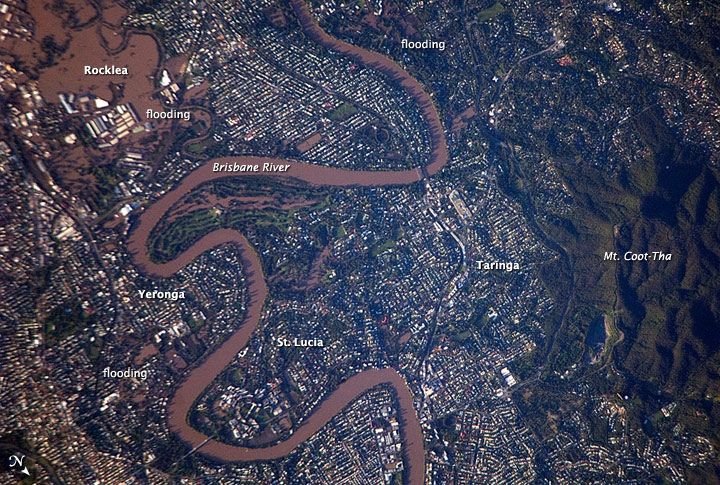 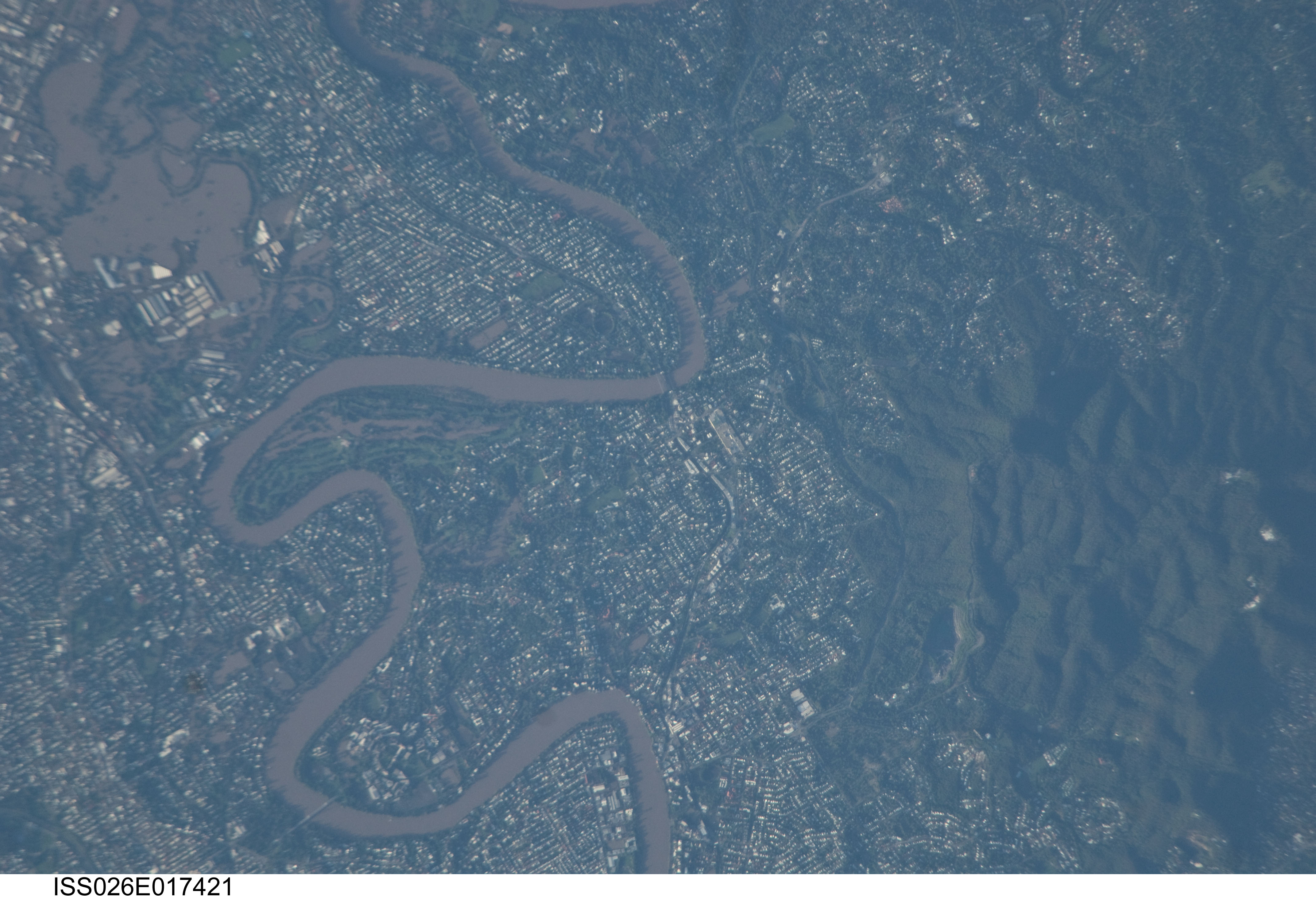 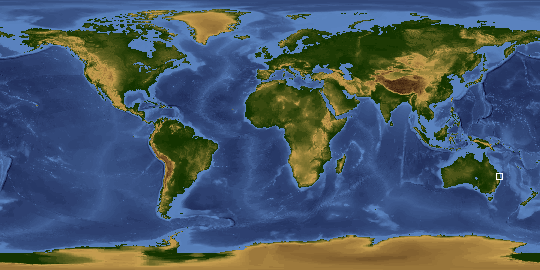 The image, taken by astronauts on board the International Space Station, highlights several suburbs along the Brisbane River in the southern part of the Brisbane metropolitan area. The light-colored rooftops of residences and other structures contrast sharply with green vegetation and brown, sediment laden floodwaters. Most visible low-lying areas are inundated by floodwater, perhaps the most striking being Rocklea at image upper left. The suburb of Yeronga (image lower left) also has evident regions of flooding, as does a park and golf course located along a bend in the Brisbane River to the south of St. Lucia (image center). Flooding becomes less apparent near the higher elevations of Mt. Coot-Tha at image right.