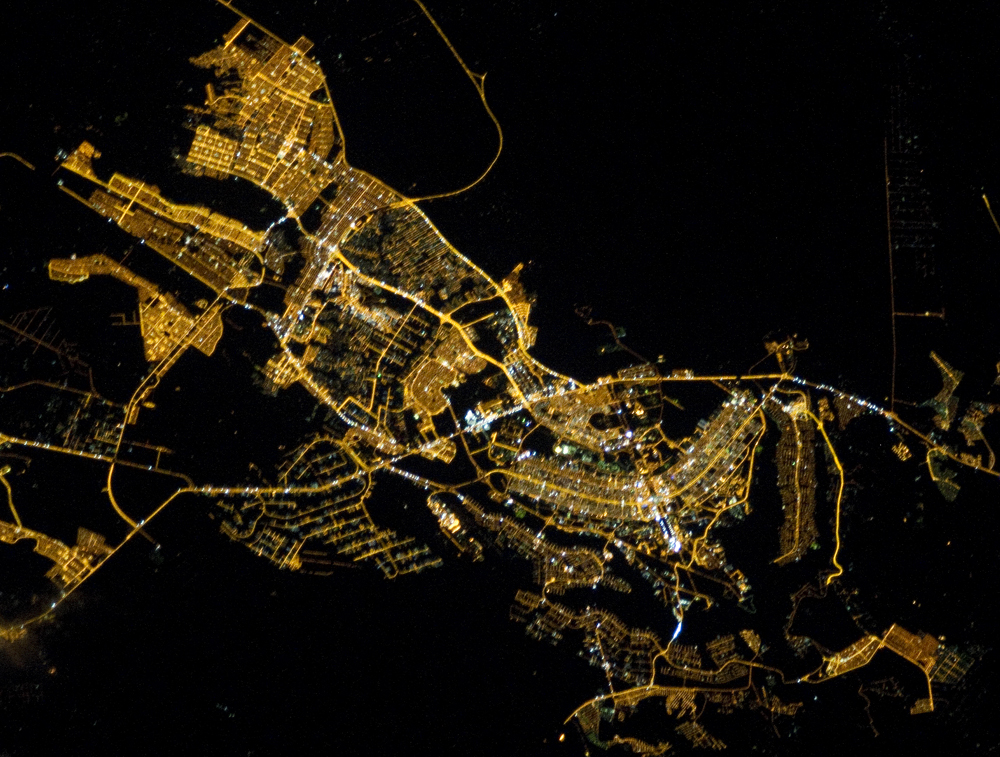 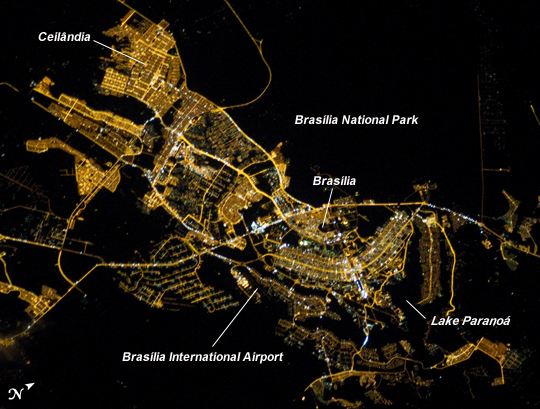 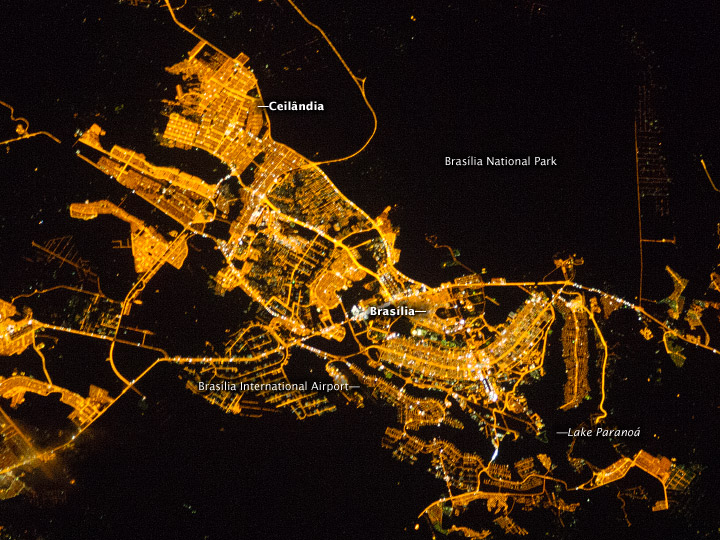 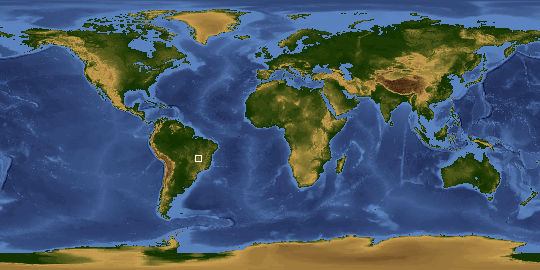 Whether seen at night or during the day, the capital city of Brazil is unmistakable from orbit. Brasilia is located on a plateau--the Planalto Central--in the west-central part of the country, and is widely considered to be one of the best examples of 20th century urban planning in the world. One of its most distinctive design features--as seen from above--suggests a bird, butterfly, or airplane traveling along a northwest-southeast direction, and is made dramatically visible by city light patterns (image center right, between Lake Paranoa and the airport).

Following the establishment of Brasilia in the early 1960s, informal settlements began to form around the original planned city. Ceilandia was one such settlement. In 1970, Ceilandia was formalized by the government and is now a satellite city of Brasilia with its own distinct urban identity.

The developed areas of Brasilia and its satellites are clearly outlined by street grids and highway lights in this astronaut photograph taken from the International Space Station. The large unlit region to the upper right is the Brasilia National Park. Other dark regions to the bottom and left include agricultural fields and expanses of the Cerrado tropical savanna.