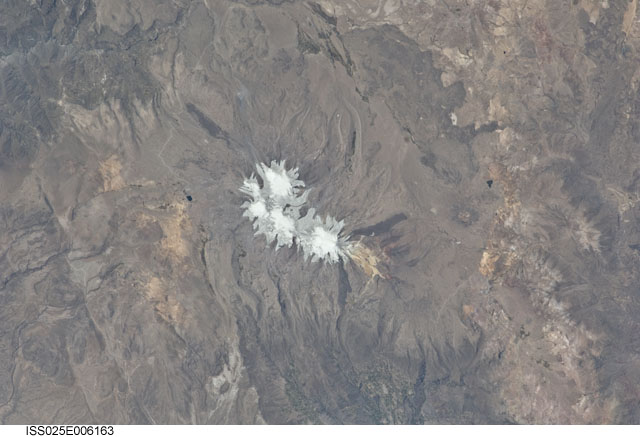 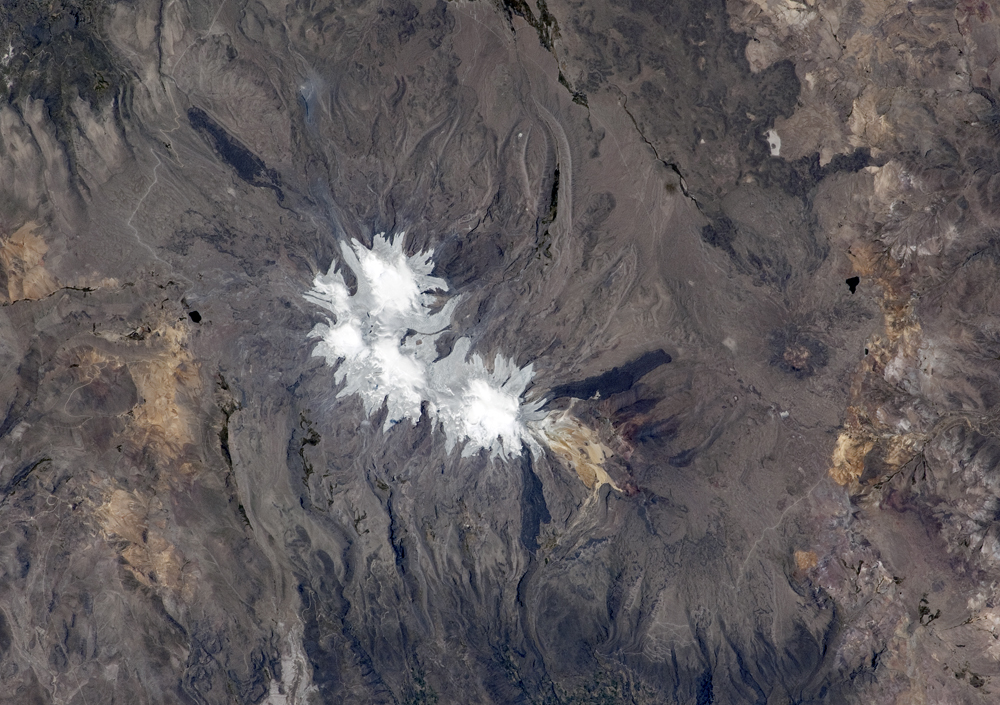 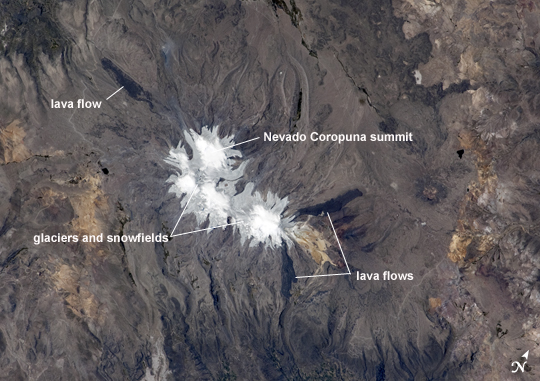 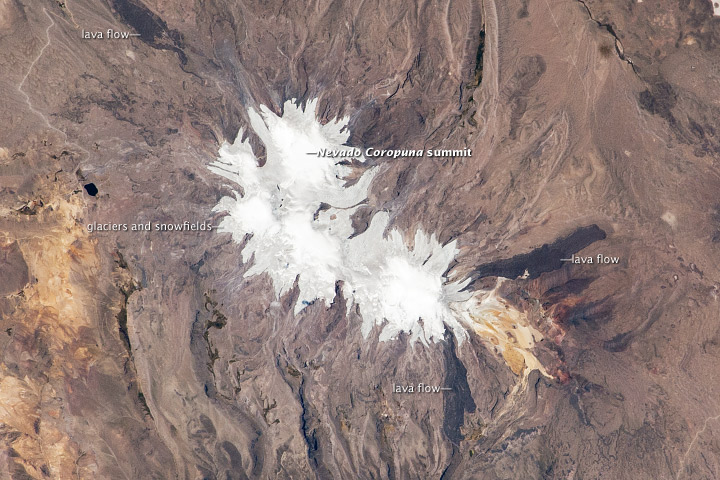 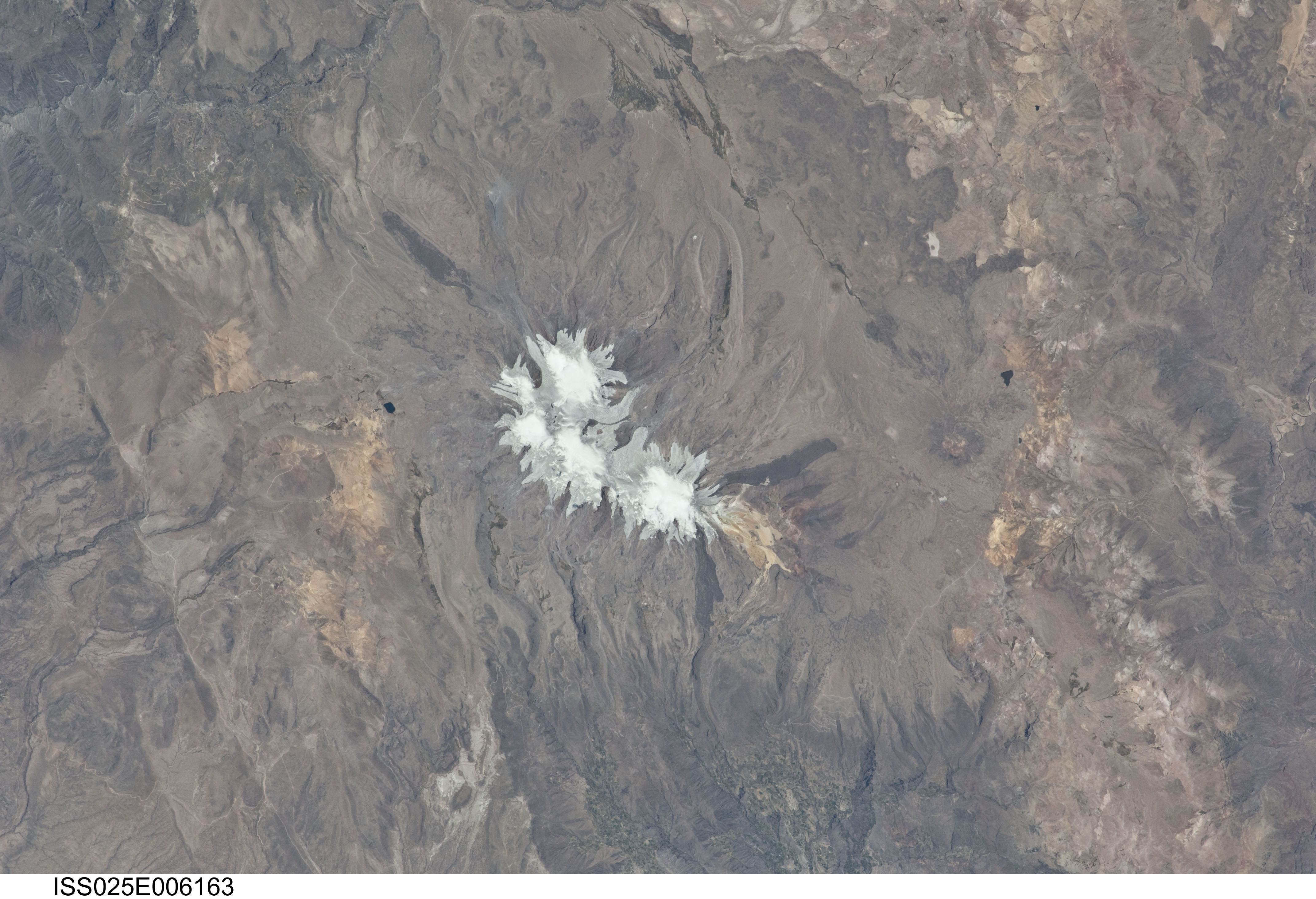 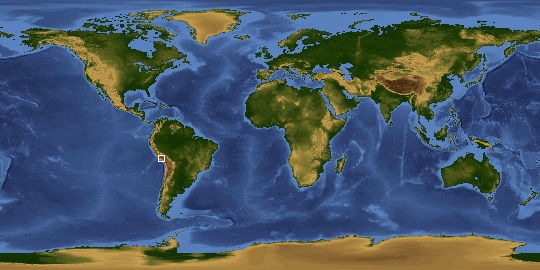 Nevado ("snowy" or "snowy peak" in Spanish) Coropuna is the highest volcanic peak in Peru; the summit elevation is 6,377 meters (20,900 feet) above sea level. Rather than being a single stratovolcano, Coropuna is a complex of numerous summit cones. The complex covers an area of 240 square kilometers (92.6 square miles) within the Ampato mountain range (Cordillera Ampato) in southeast-central Peru. While the exact date of the volcano's last eruption is not known, lava flows along the northern, southern, and western flanks are thought to have been placed during the early Holocene Epoch--the current geologic time, which began approximately 12,000 years ago.

Coropuna also hosts several summit glaciers and ice fields that contrast sharply with the dark rock outcrops and surface deposits at lower elevations. Glacial deposits and lateral moraines on the flanks of Coropuna indicate that glaciers once extended to much lower elevations than observed today. Careful mapping and surface exposure age-dating of these deposits and landforms provides data on the timing of ice advances and retreats in the tropics near the end of the Pleistocene Epoch (extending from about 2.5 million to 12,000 years ago). This information can be compared with other paleoclimate records to obtain a better understanding of how Earth's climate has changed over geologic time.