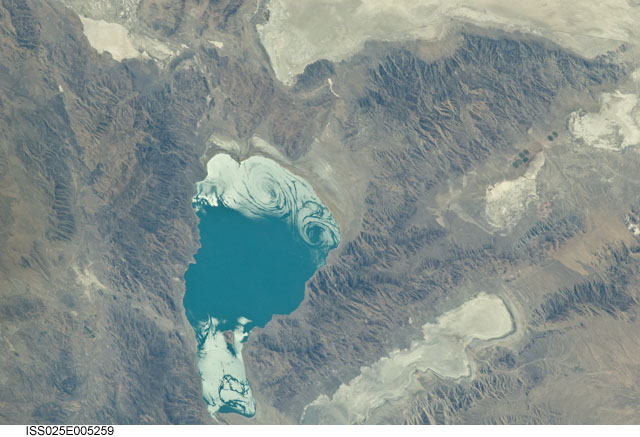 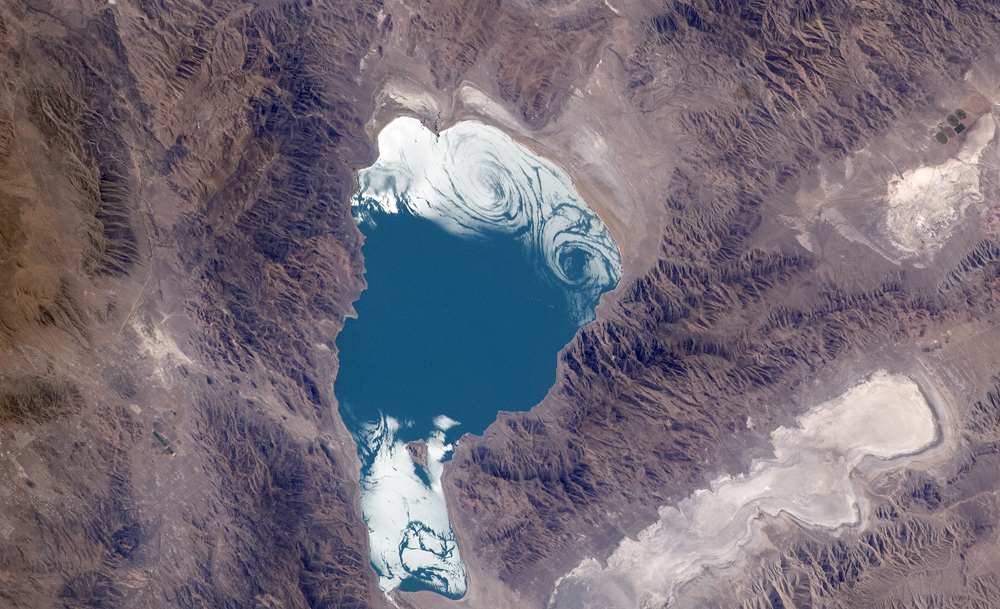 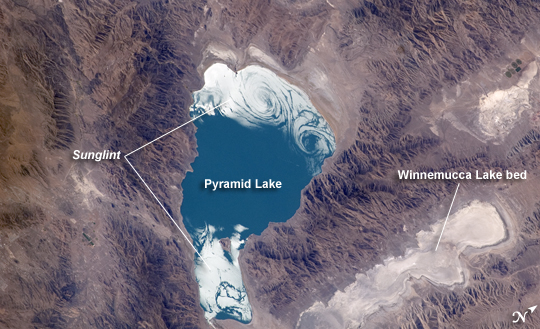 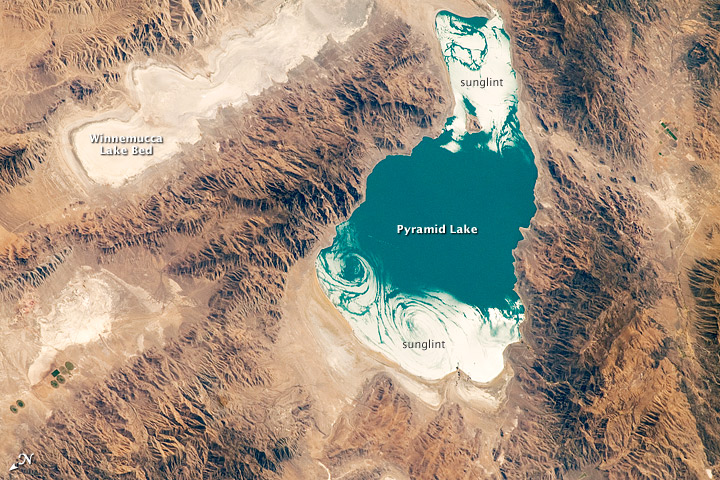 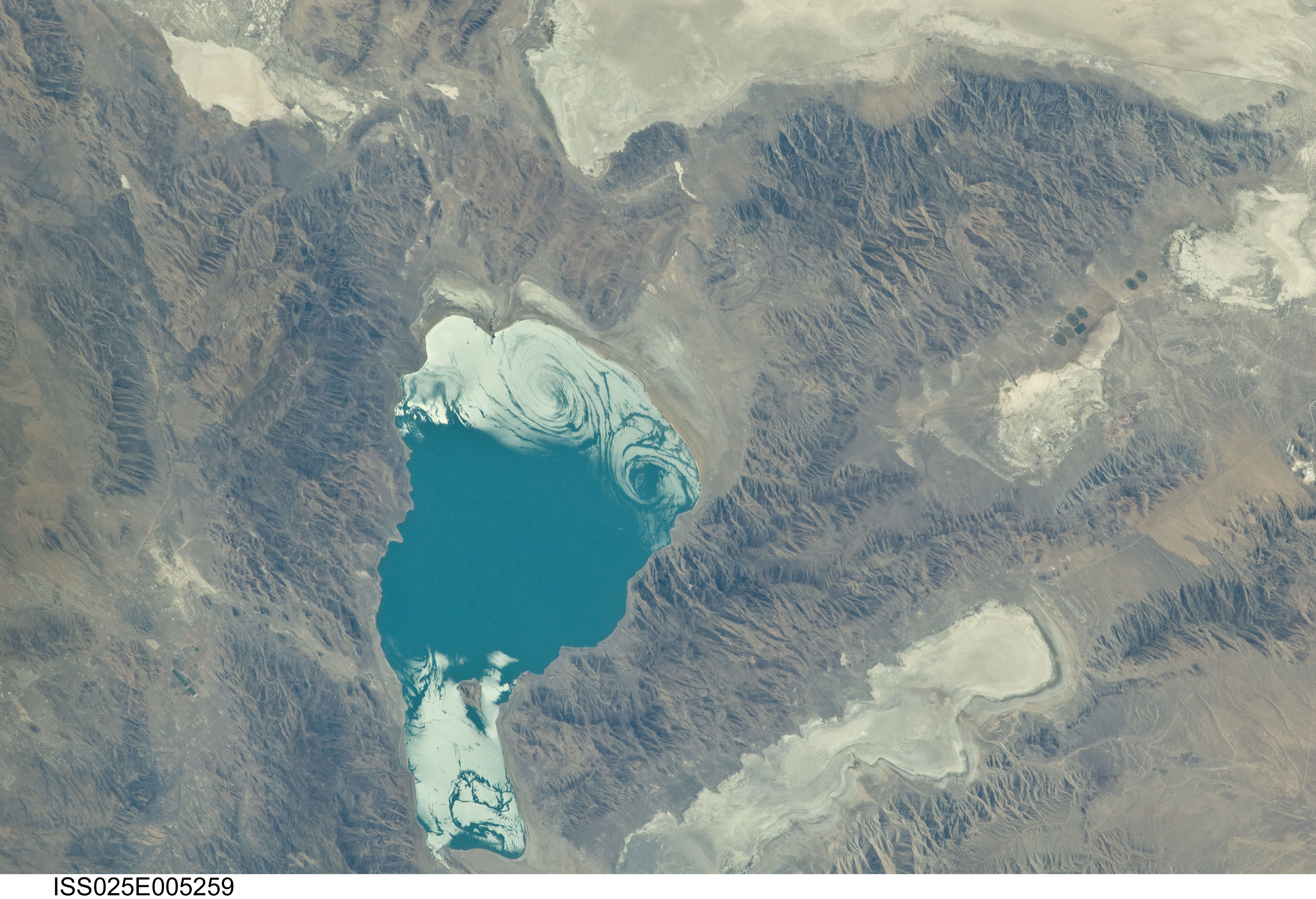 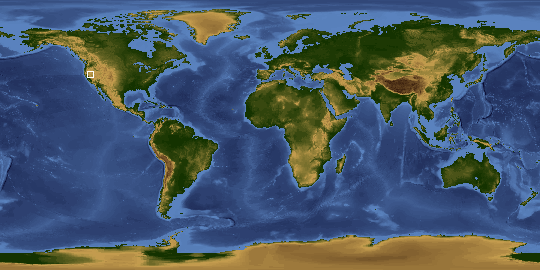 Pyramid Lake in western Nevada, near the California border, is a remnant of the ancient and much larger Lake Lahontan, which formed during the last Ice Age when the regional climate was significantly cooler and wetter. Pyramid Lake and the now-dry Lake Winnemucca are two of seven smaller lakes that collectively formed Lake Lahontan when water levels were higher. At its peak volume during the late Pleistocene Epoch (approximately 15,000 years ago), Lake Lahontan covered much of western Nevada and extended into California.

The deepest part of Lake Lahontan survives today as Pyramid Lake, and it is well known to geologists because of the spectacular calcium carbonate deposits found there. The lake takes its name from one such pyramid-shaped deposit of tufa, rock formed by the precipitation of calcium carbonate from spring water, lake water, or a combination of the two. Over time, these deposits develop a wide variety of forms--including mounds, towers, sheets, and reefs--while sometimes coating other rocks. The tufa is exposed when water levels drop due to changes in regional climate, the diversion of water for human use, or both (Mono Lake in California for example).

This astronaut photograph also captures sunglint--light reflected off of a water surface back towards the observer--on the northern (lower end in this image) and southeastern (upper) ends of the lake. Two large spiral whorls are visible in sunglint at the northern end, likely the result of wind patterns that disturb the water surface and cause localized variations in the amount of light reflected back to the International Space Station.