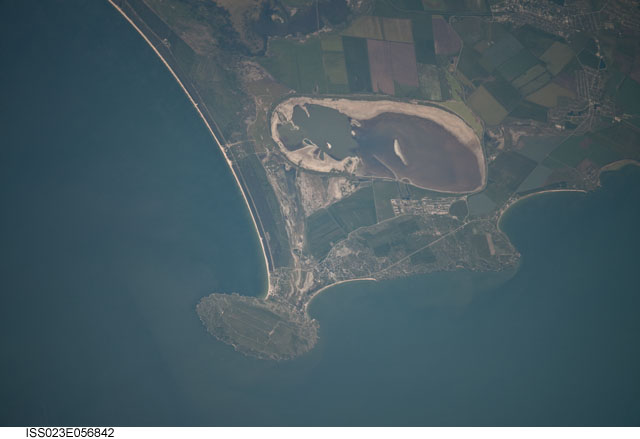 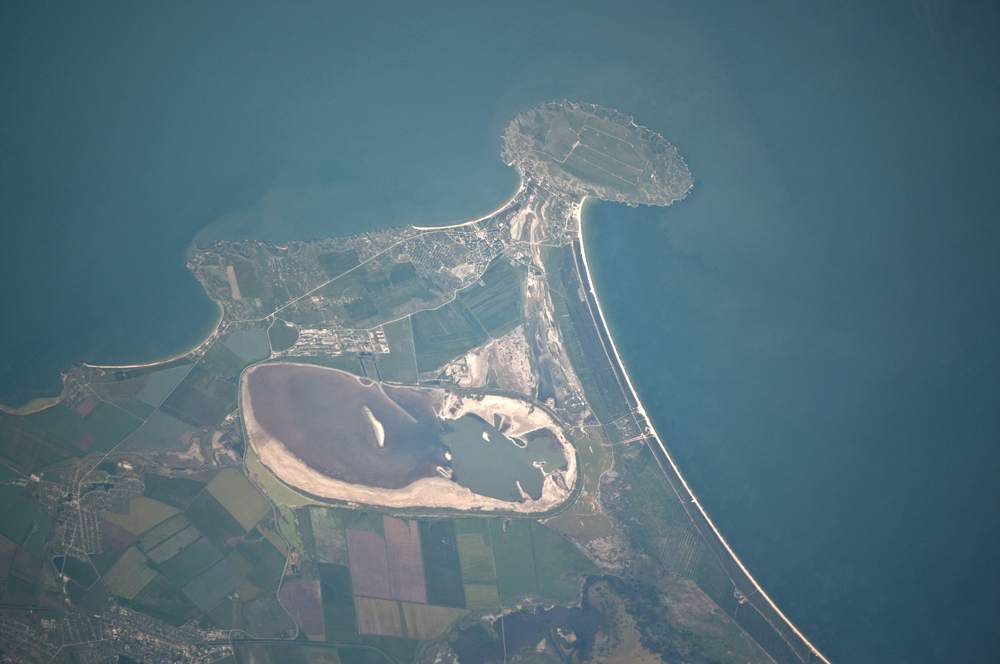 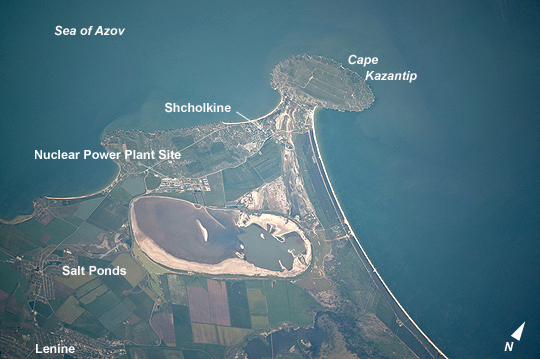 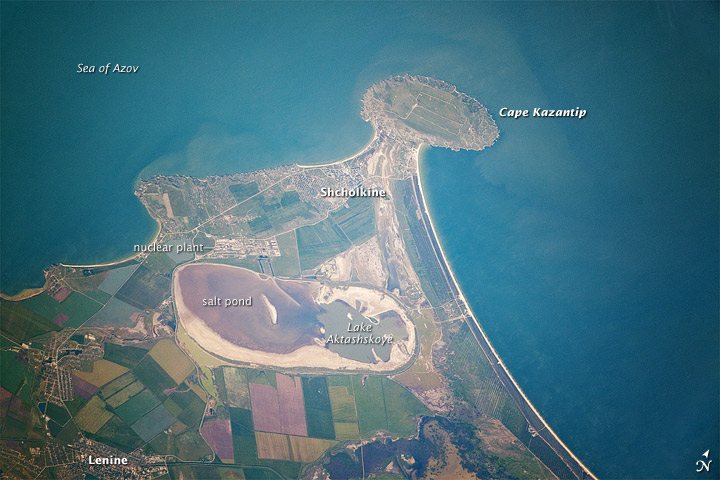 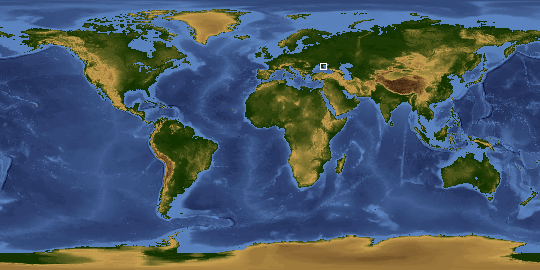 Cape Kazantip is a prominent headland on the Kerch Peninsula, which defines the southern shore of the Sea of Azov and the east extension of the Crimean Peninsula. During the Second World War, German and Soviet forces fought on the Kerch Peninsula, with the line of battle impinging on areas shown at the bottom of the image. Due to its relatively low latitude (45deg N) the Crimea has been the warm holidaying destination for generations of Ukrainians and Russians. Towns in the Kazantip area--Lenine, Shcholkine--offer tourist attractions, ranging from birdwatching to beaches and music festivals.

This detailed astronaut photograph was taken from the International Space Station (ISS) when it was located 400 kilometers (250 miles) to the northeast, but due to the long (800 mm) lens used, the photo includes detailed field patterns and city blocks. Green and brown fields show intensive agricultural activity in the area, and salt ponds are visible at the west end of the shallow Lake Aktashskoye at image center. The distance from the tip of the Cape to the largest local city, Lenine (population ~70,000, image lower left) is only 20 kilometers (12 miles).

Shcholkine, named for a Russian physicist, is a new town built in 1978 to house workers of the planned Crimean nuclear power plant. The partially completed plant was inspected following the Chernobyl disaster of 1986, and was found to be located on a site prone to earthquakes. Further construction was terminated, and the already built structures and construction equipment was abandoned in place. Today, Shcholkine is an increasingly popular tourist destination.