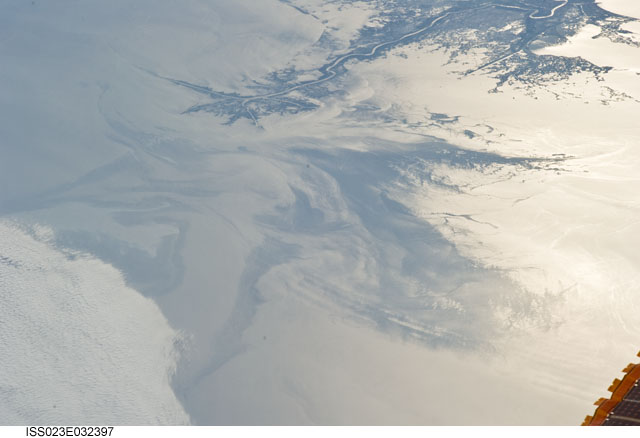 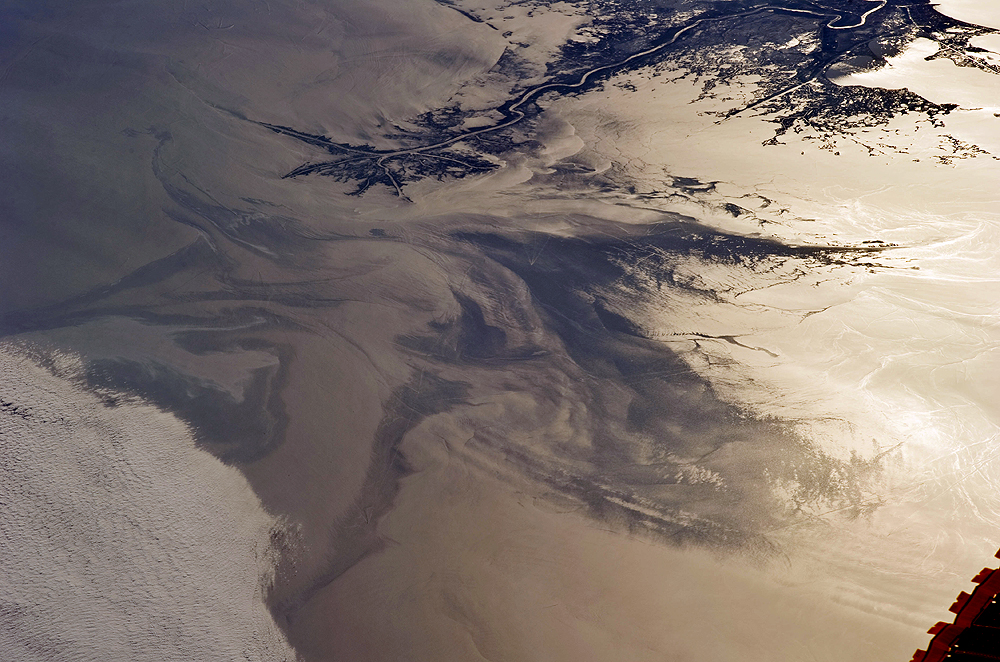 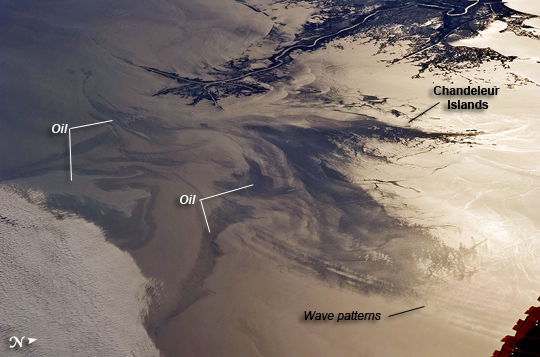 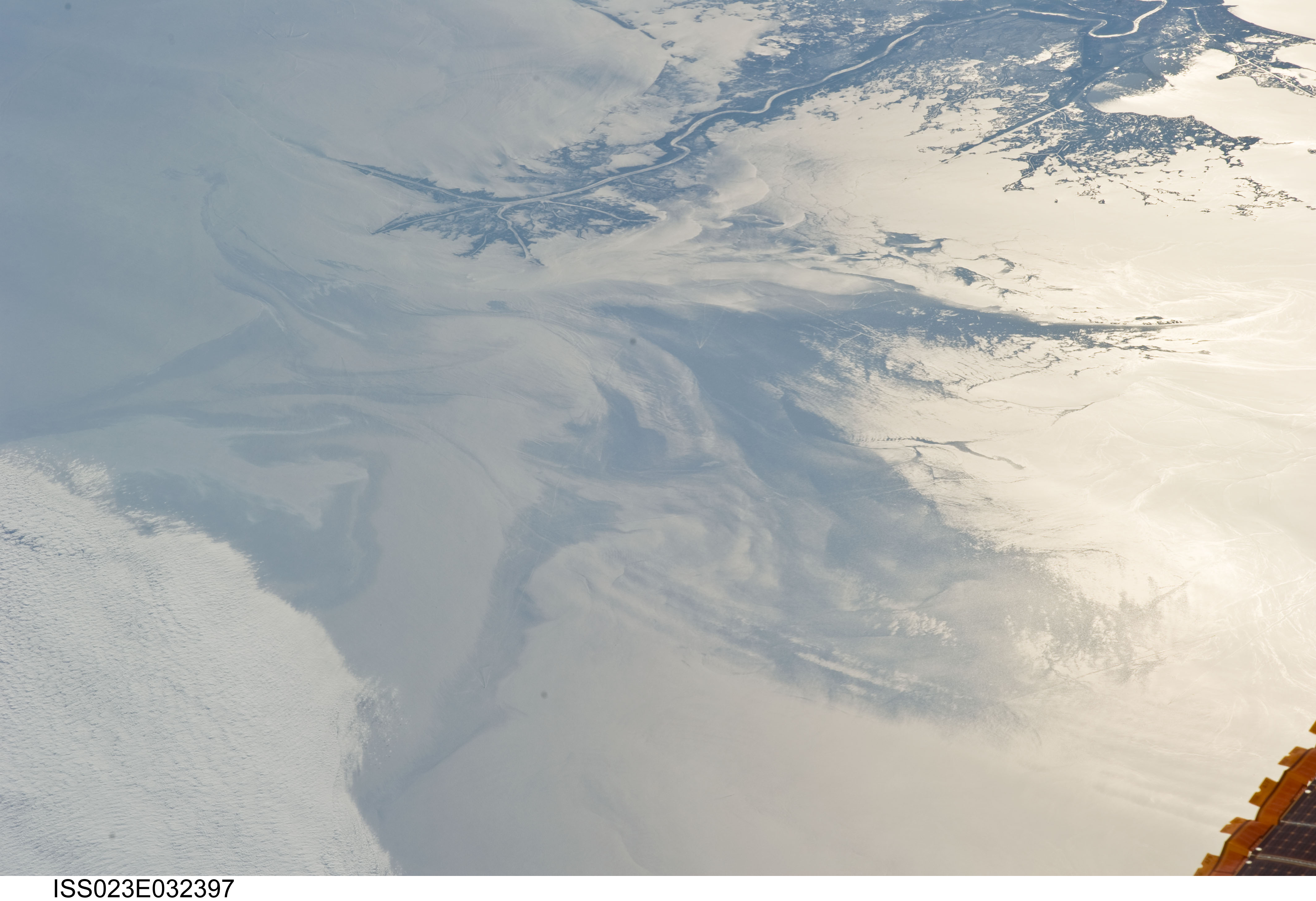 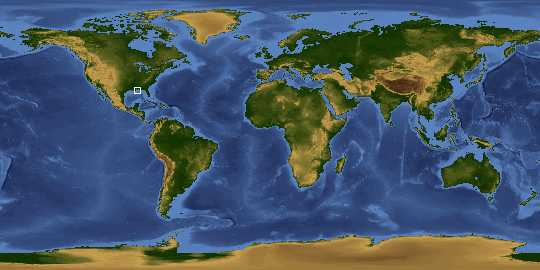 On April 20, 2010, the oil rig Deepwater Horizon suffered an explosion and sank two days later. Shortly thereafter, oil began leaking into the Gulf of Mexico from ruptured pipes deep on the ocean floor. NASA satellites have been tracking the growth of the oil spill as it has spread towards the northern Gulf Coast. This detailed astronaut photograph from May 4 provides a different viewing perspective on the ongoing event. The image is oblique, meaning that it was taken from a sideways viewing angle from the International Space Station (ISS), rather than from a "straight down" (or nadir) view, which is typical of automated satellite sensors. The view in this image is towards the west; the ISS was located over the eastern edge of the Gulf of Mexico when the image was taken.

The Mississippi River Delta and nearby Louisiana coast (image top) appear dark in the sunglint that illuminates most of the image. Sunglint is caused by sunlight reflecting off the water surface--much like a mirror--directly back towards the astronaut observer on the Space Station. The sunglint improves the identification of the oil spill. Oil on the water smoothes the surface texture, and the mirror-like reflection of the Sun accentuates the difference between the smooth, oil-covered water (dark to light gray ) and the rougher water of the reflective ocean surface (colored silver to white). Wind and water currents patterns have modified the oil spill's original shape into streamers and elongated masses. Among the coastal ecosystems threatened by the spill are the Chandeleur Islands (image right center).

Other features visible in the image include a solid field of low cloud cover at the lower left corner of the image. V-shaped ship or boat wakes are visible in the large image. Wave patterns at image lower right are most likely caused by tidal effects.