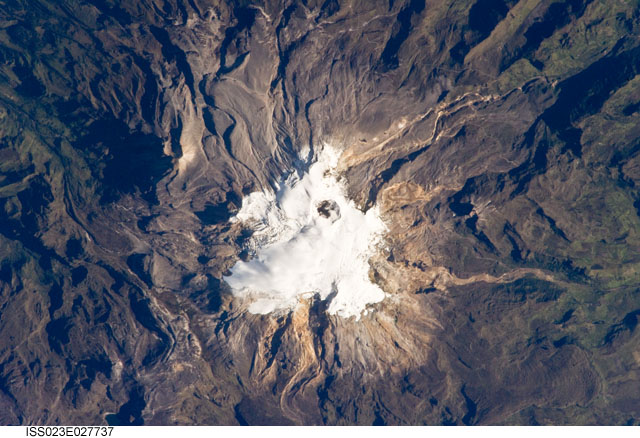 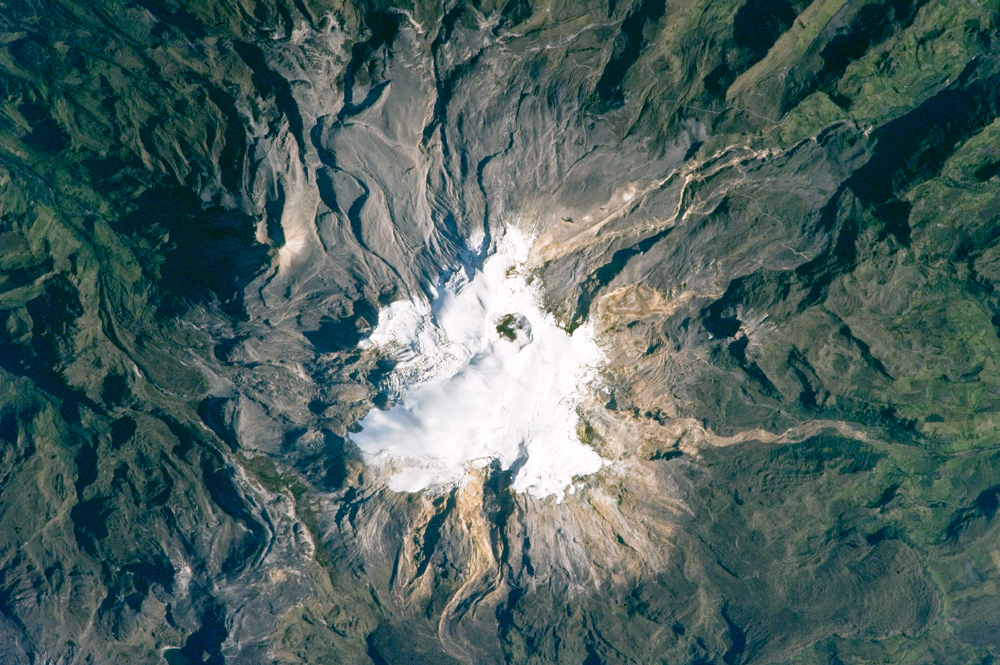 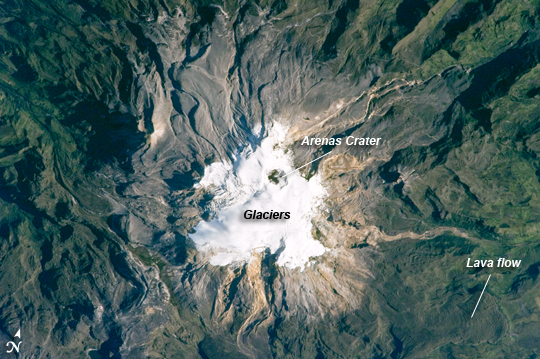 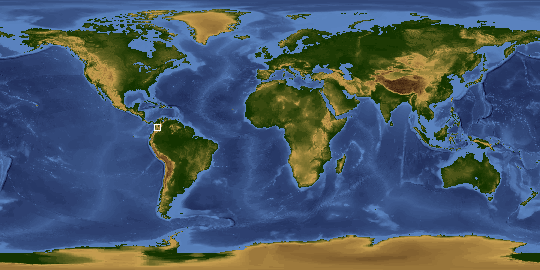 Nevado del Ruiz Volcano (image center) is located approximately 140 kilometers (87 miles) to the northwest of Colombia's capital, Bogota. Covering over 200 square kilometers (77 square miles), Nevado del Ruiz is a large stratovolcano--a cone-shaped volcano built from successive layers of lava, ash, and pyroclastic flow deposits. The volcano is fed by magma generated above the boundary between the subducting Nazca and overriding South American tectonic plates. The historical record of eruptions at the volcano extends back to 1570, but the most damaging eruption in recent times took place in 1985.

On the November 13, 1985, an explosive eruption at the Arenas Crater (image center) melted ice and snow at the summit of the volcano. Mudflows (lahars) swept tens of kilometers down river valleys along the volcano's flanks, killing at least 23,000 people. Most of the fatalities occurred in the town of Armero which was completely inundated by lahars. Eruptive activity at Nevado del Ruiz may have occurred in 1994, but this is not confirmed.

The volcano's summit and upper flanks are covered by several glaciers that appear as a white mass surrounding the 1-kilometer- (0.6-mile-) wide Arenas Crater; meltwater from these glaciers has incised the gray to tan ash and pyroclastic flow deposits mantling the lower slopes. A well-defined lava flow is visible at image lower right. This astronaut photograph was taken at approximately 7:45 a.m. local time, when the Sun was still fairly low above the horizon, leading to shadowing to the west of topographic high points.