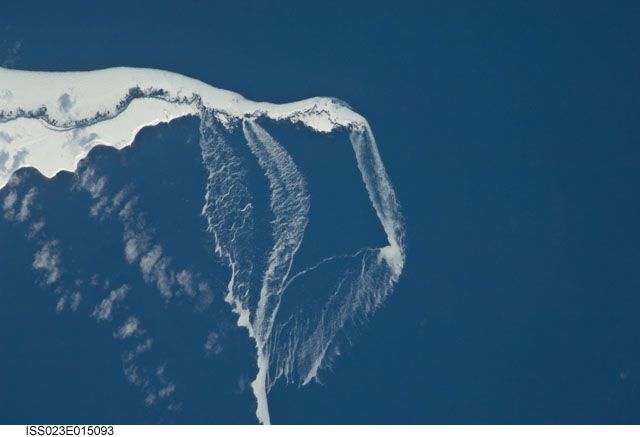 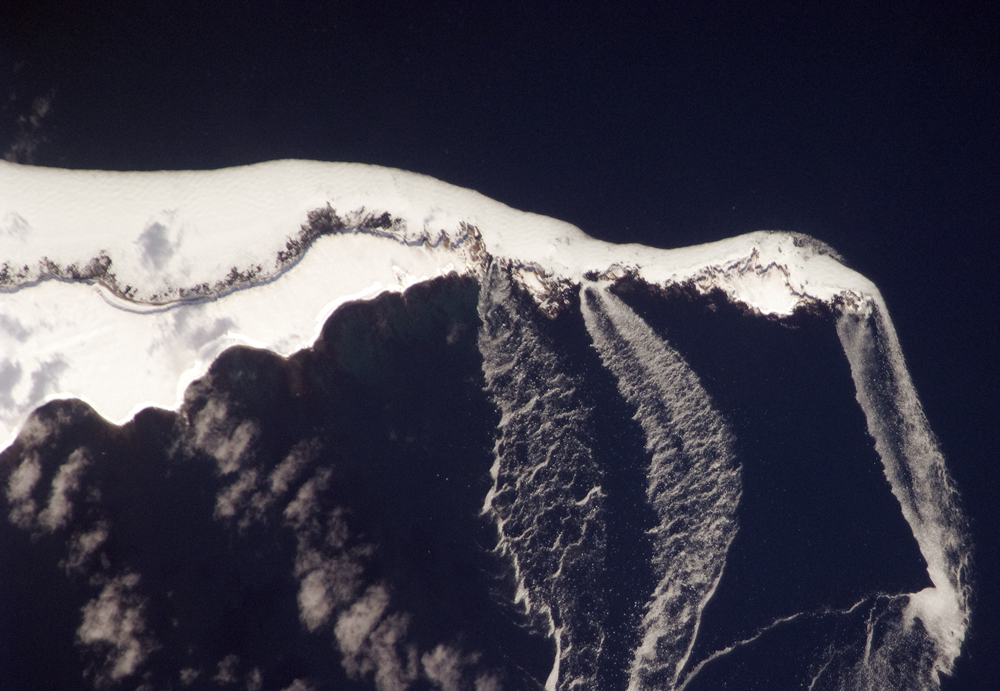 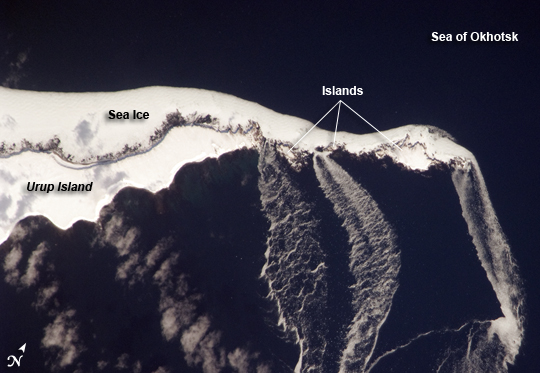 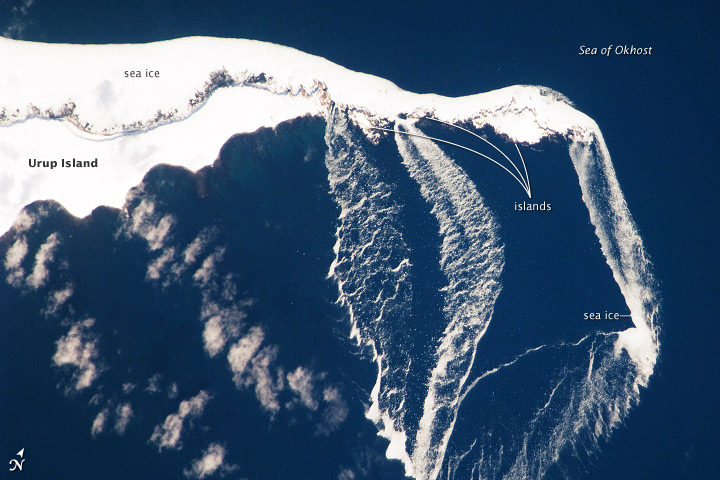 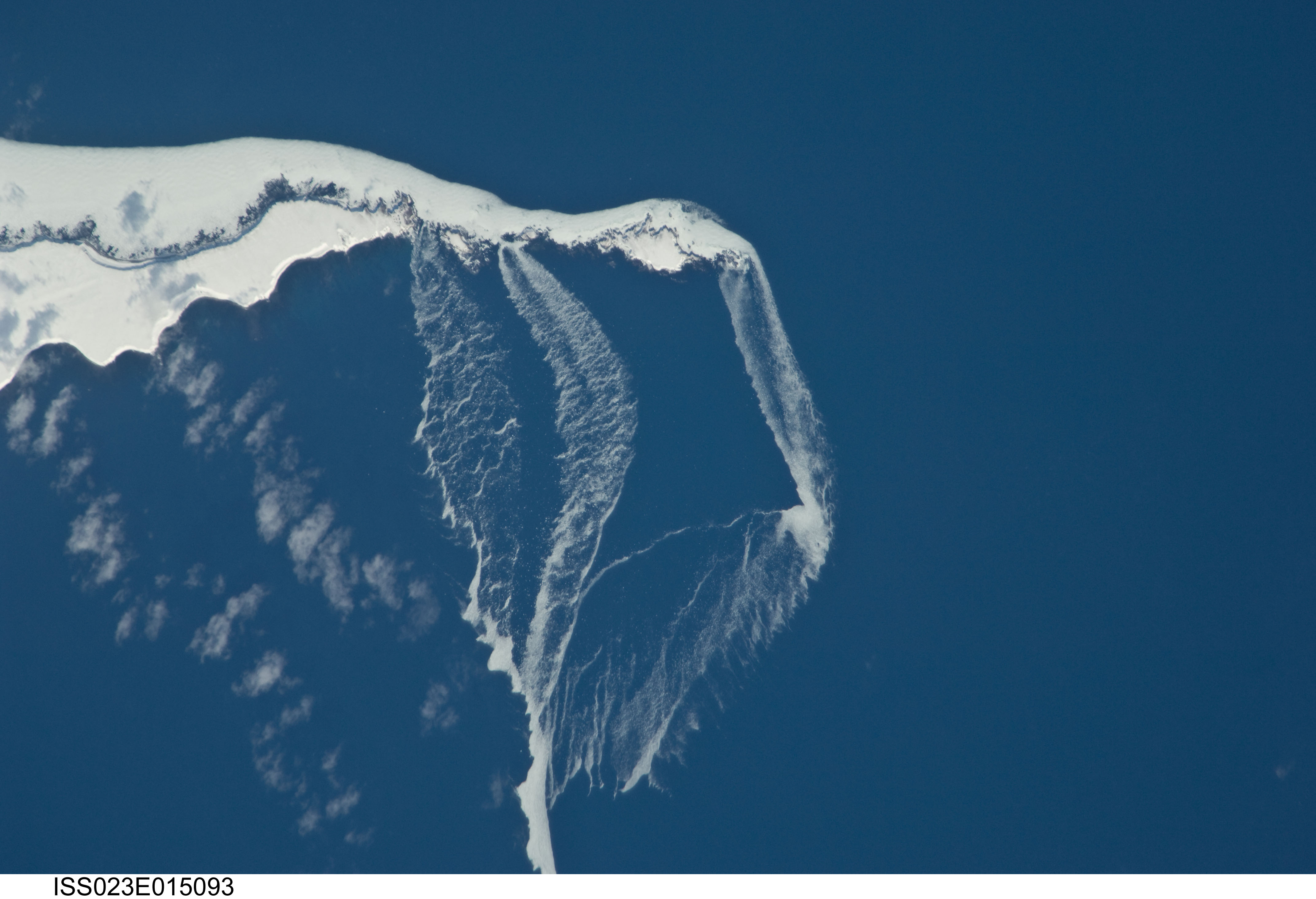 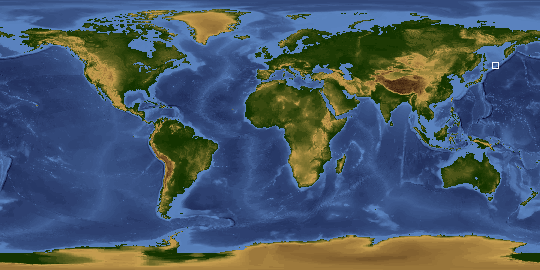 From space, it is sometimes difficult to tell where land ends and sea ice begins in the southern Sea of Okhotsk. This is particularly evident in this detailed astronaut photograph of the northeastern tip of Urup Island, one of the many islands in the Kuril chain, which extends from northern Japan to the Kamchatka Peninsula of Russia.

The approximately 120-kilometer-long island extends to the southwest from the point illustrated in the image; like the other Kuril Islands, Urup was formed from volcanic processes along the active subduction boundary between the Pacific and Okhotsk tectonic plates. The northeastern tip of the island and three small islands to the northeast are recognizable by their uniform cover of white snow and shadowing along the northwestern coastlines.

Sea ice that formed to the north in the Sea of Okhotsk has been piled up against the islands by prevailing northwesterly winds, forming an irregular mass connecting the islands (image center). The orientation of patchy low clouds over Urup Island (image lower left) also suggests that northwesterly winds are present.

Smaller ice floes are breaking off from the main ice mass at gaps between the islands and forming fingerlike projections of ice fragments that extend to the southeast (image lower right). Surface winds may be channeled through these gaps and accelerated, hastening the breakup and movement of ice.