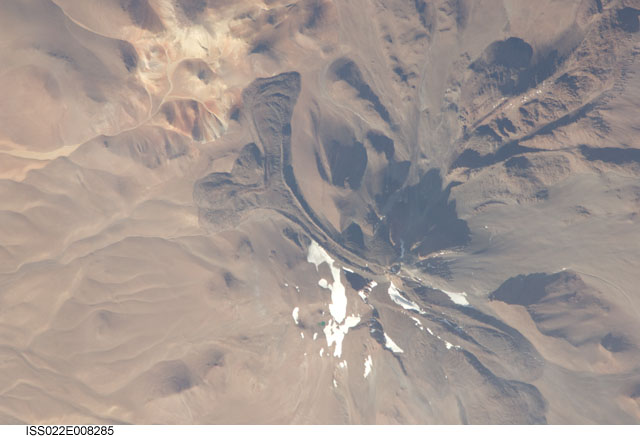 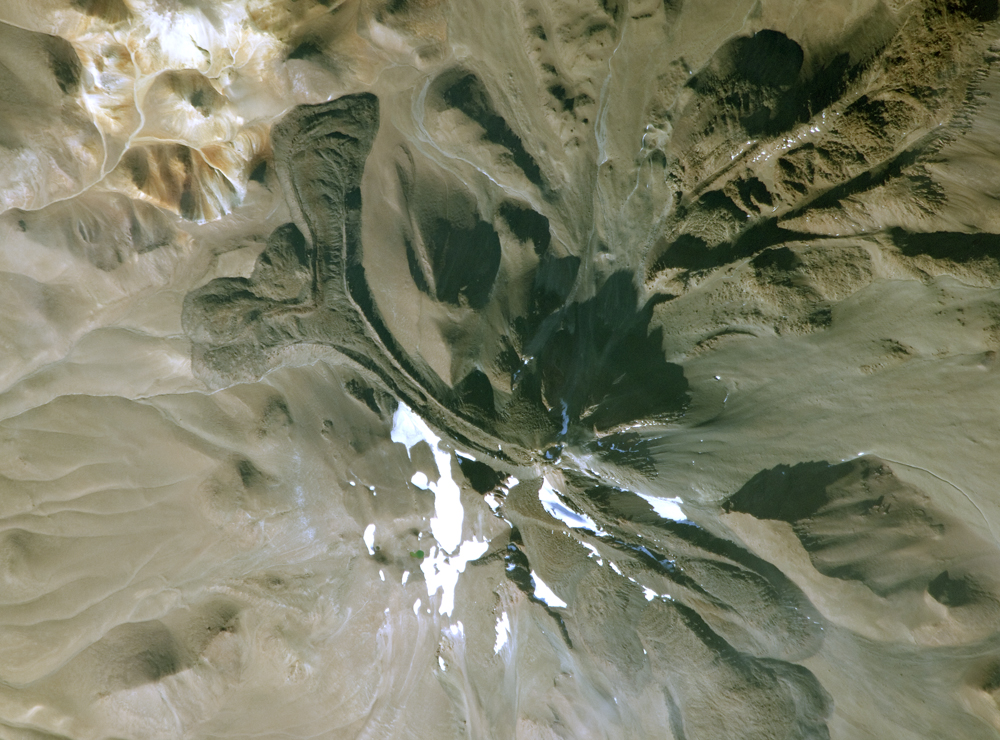 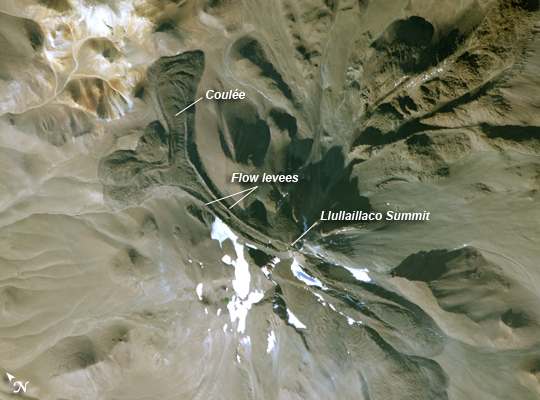 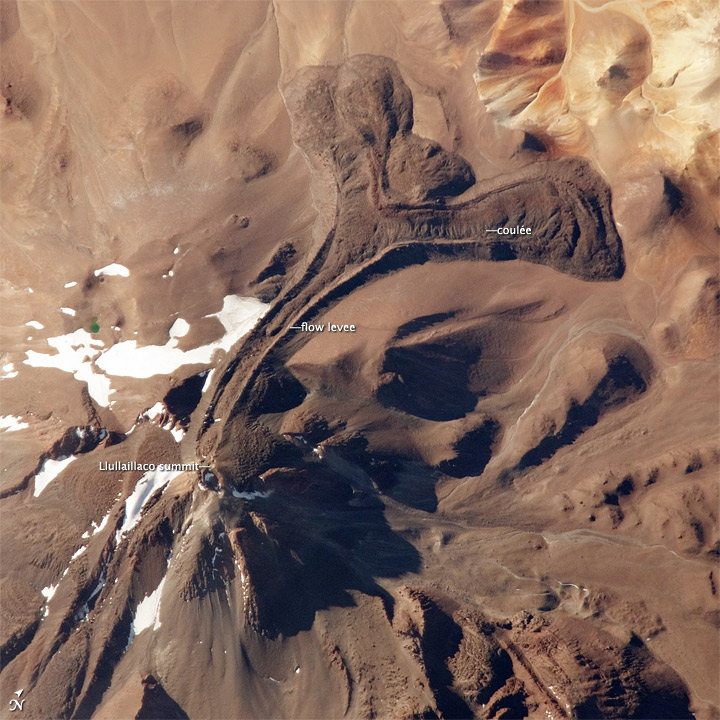 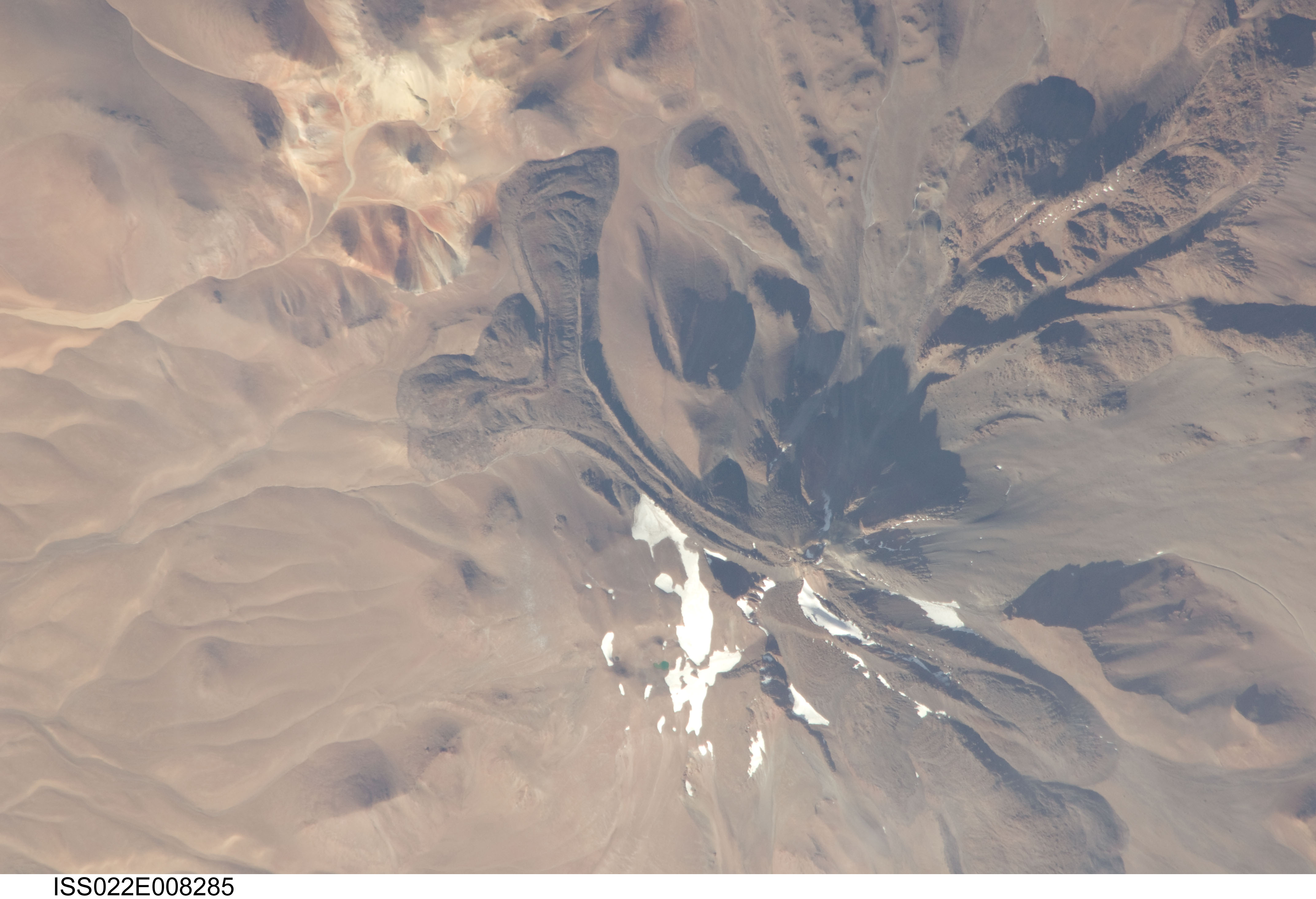 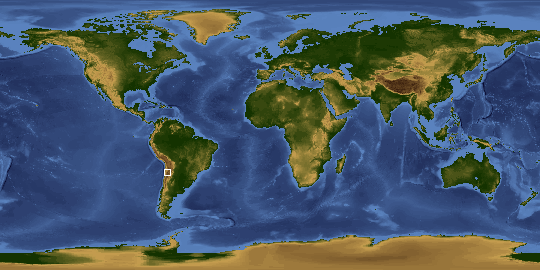 The summit of South America's Llullaillaco Volcano has an elevation of 6,739 meters (22,110 feet) above sea level, making it the highest historically active volcano in the world. The current stratovolcano--a cone-shaped volcano built from successive layers of thick lava flows and eruption products like ash and rock fragments--is built on top of an older stratovolcano. The last explosive eruption of the volcano, based on historical records, occurred in 1877.

This detailed astronaut photograph of Llullaillaco illustrates an interesting volcanic feature known as a coulee (image top right). Coulees are formed from highly viscous, thick lavas that flow onto a steep surface. As they flow slowly downwards, the top of the flow cools and forms a series of parallel ridges oriented at 90 degrees to the direction of flow (somewhat similar in appearance to the pleats of an accordion). The sides of the flow can also cool faster than the center, leading to the formation of wall-like structures known as flow levees (image center). Llullaillaco is also a well-known archaeological site; the mummified remains of three Inca children, ritually sacrificed 500 years ago, were discovered on the summit in 1999.