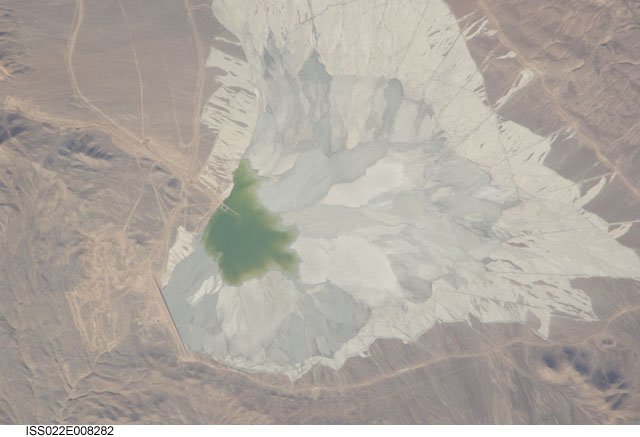 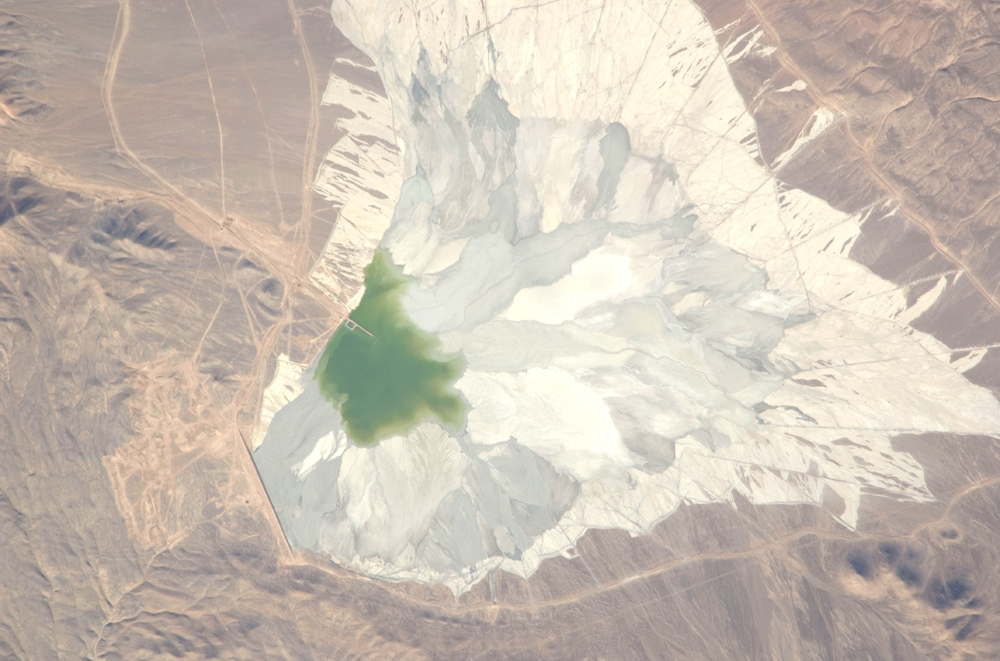 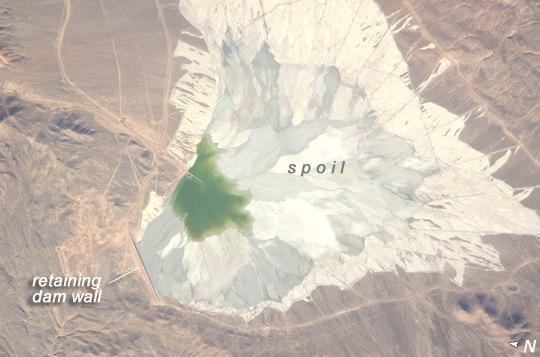 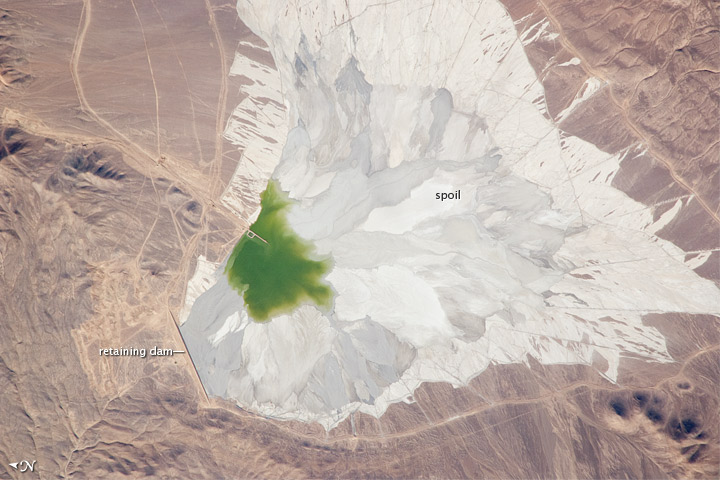 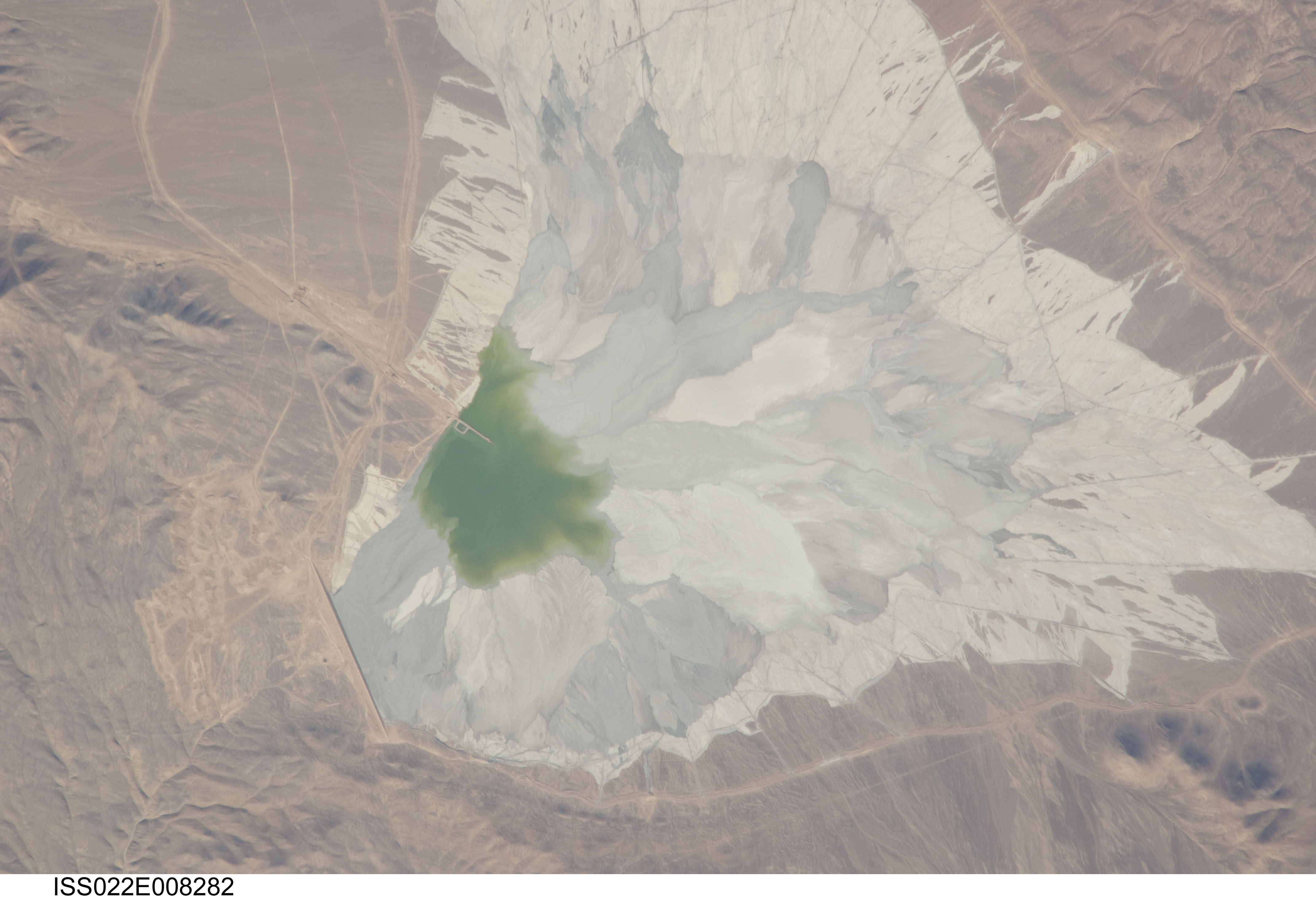 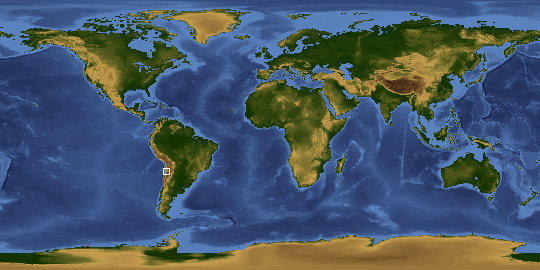 The Escondida copper-gold-silver mine produces more copper than any other mine in the world (1.483 million tons in 2007), amounting to 9.5% of world output and making it a major part of the Chilean economy. The mine is located 170 kilometers (110 miles) southeast of Chile's port city of Antofagasta, in the hyper-arid northern Atacama Desert at an elevation of 3,050 meter (10,010 feet) above sea level.

This astronaut photograph features a large impoundment area (image center) containing light tan and gray waste materials ("spoil") from of the Escondida mine complex. The copper-bearing waste, which is a large proportion of the material excavated from open pit excavations to the north (not shown), is poured into the impoundment area as a liquid (green region at image center), and dries to the lighter-toned spoil seen in the image. The spoil is held behind a retaining dam, just more than 1 kilometer (0.6 miles) long, visible as a straight line at image lower left.

Escondida means "hidden" in Spanish, and it refers to the fact that the copper ore body was buried beneath hundreds of meters of barren rock, and the surface geology gave no signs of its presence. Instead it had to be located by a laborious drilling program following a geologic trend--an imaginary line hundreds of kilometers long established by other known copper finds--with which Escondida lined up.

Escondida produces mainly copper concentrates. Assisted by gravity, the concentrates are piped as slurry down to the smaller port of Coloso just south of Antofagasta, where they are dewatered for shipping. The mine began operating in 1990.