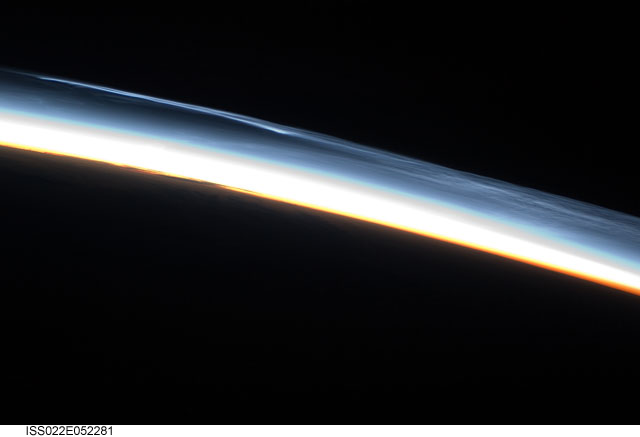 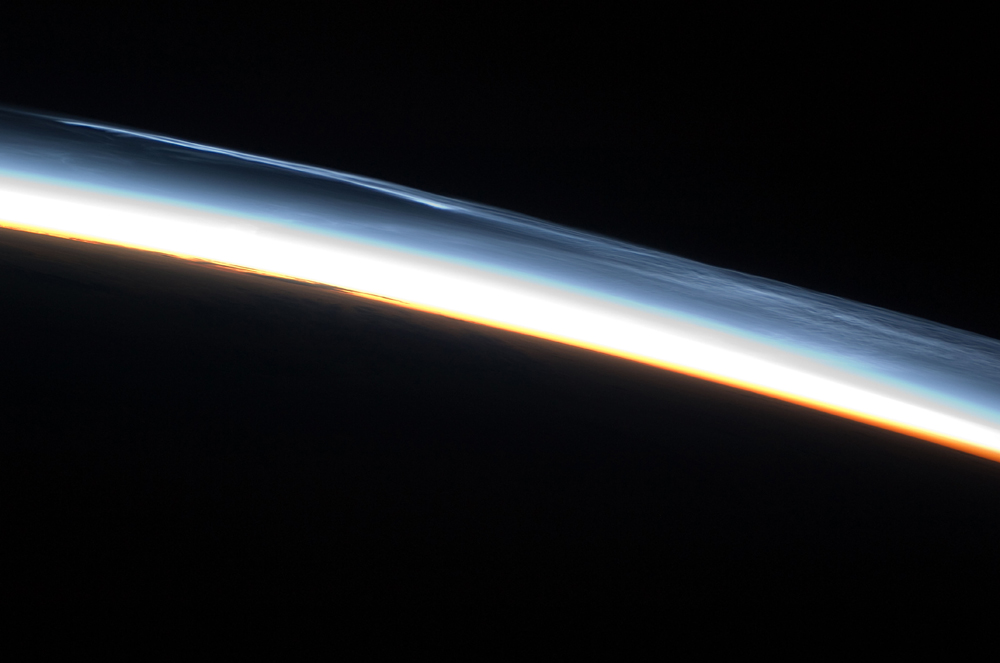 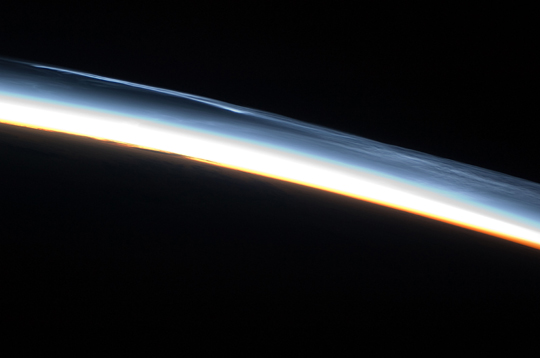 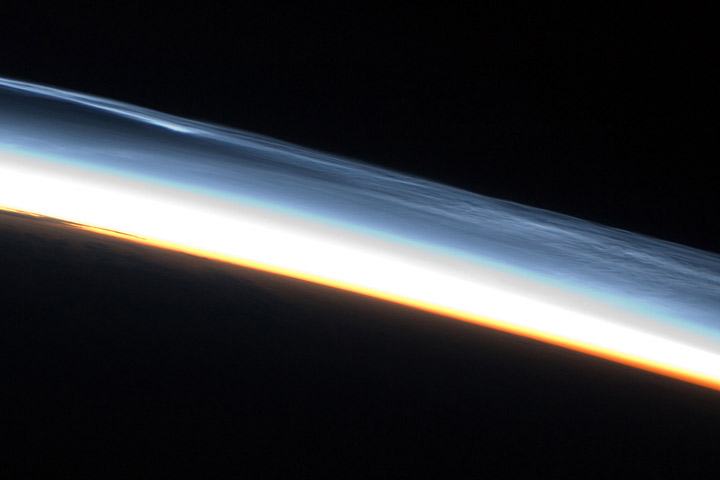 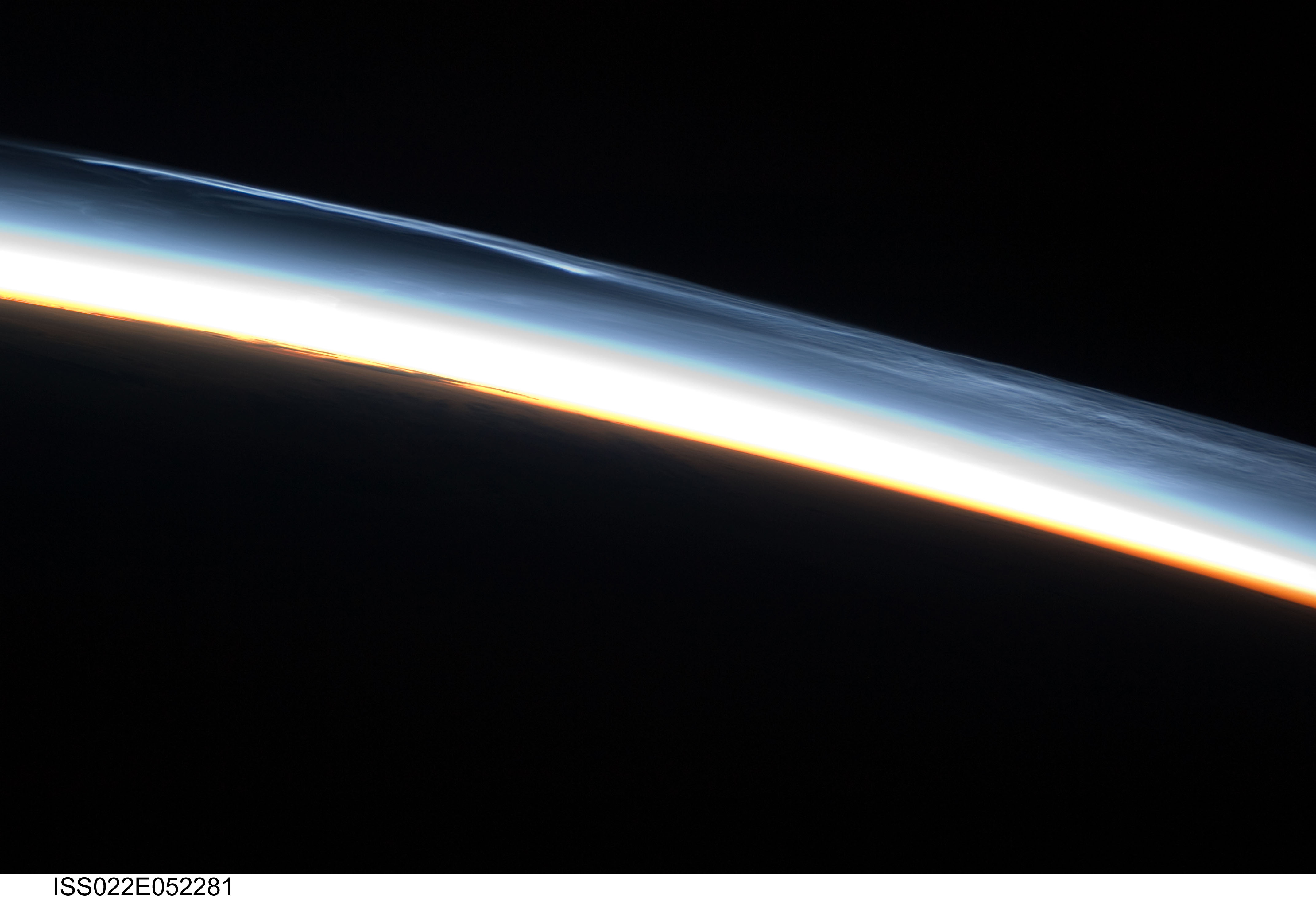 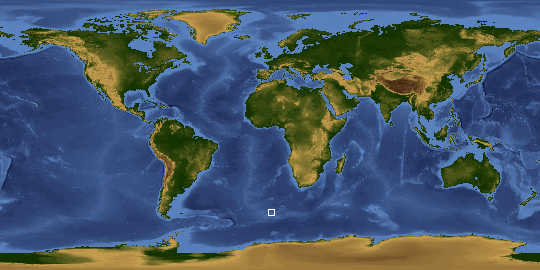 This striking astronaut photograph shows polar mesospheric clouds over the Southern Hemisphere on January 30, 2010. These clouds occur over the high latitudes of both the Northern and Southern Hemispheres during their respective summer months at very high altitudes (approximately 76 to 85 kilometers, or 47 to 53 miles). They are most visible during twilight, when the clouds are still illuminated by the setting Sun, while the ground is already dark.

Polar mesospheric clouds are also known as noctilucent or "night-shining" clouds--a property that is clearly visible in this astronaut photograph. The clouds exhibit thin, wispy light blue forms that contrast with the darkness of space (image upper right). Lower levels of the clouds are more strongly illuminated by the Sun and appear light orange to white. Clouds closest to the Earth's surface are reddish-orange (image center).

The image was taken approximately 38 minutes after midnight Greenwich Mean Time (GMT), while the International Space Station was located over the southern Atlantic Ocean. At this time of year, the Sun never sets over Antarctica, but rather traces an arc across the local horizon, allowing polar mesospheric clouds to be observed near local midnight.

The International Space Station (ISS) orbit ranges from 52 degrees north to 52 degrees south; combined with the highly oblique ("from-the-side") views through the Earth's atmosphere that are possible with hand-held cameras, the ISS is an ideal platform for documenting transient, high-altitude phenomena like polar mesospheric clouds. Another NASA mission, the Aeronomy of Ice in the Mesosphere is dedicated to the study of polar mesospheric clouds, and the satellite is providing daily information about their formation, distribution, and variability.