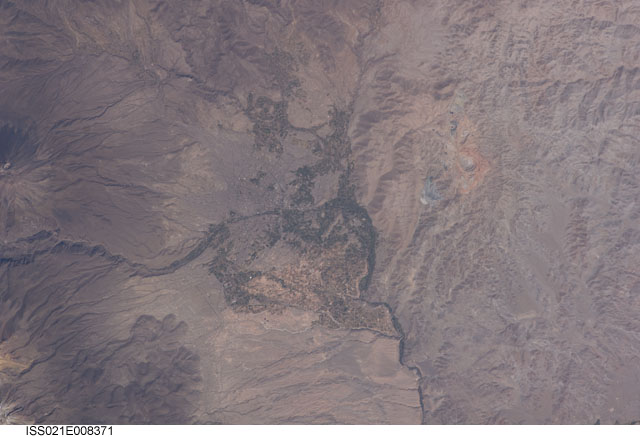 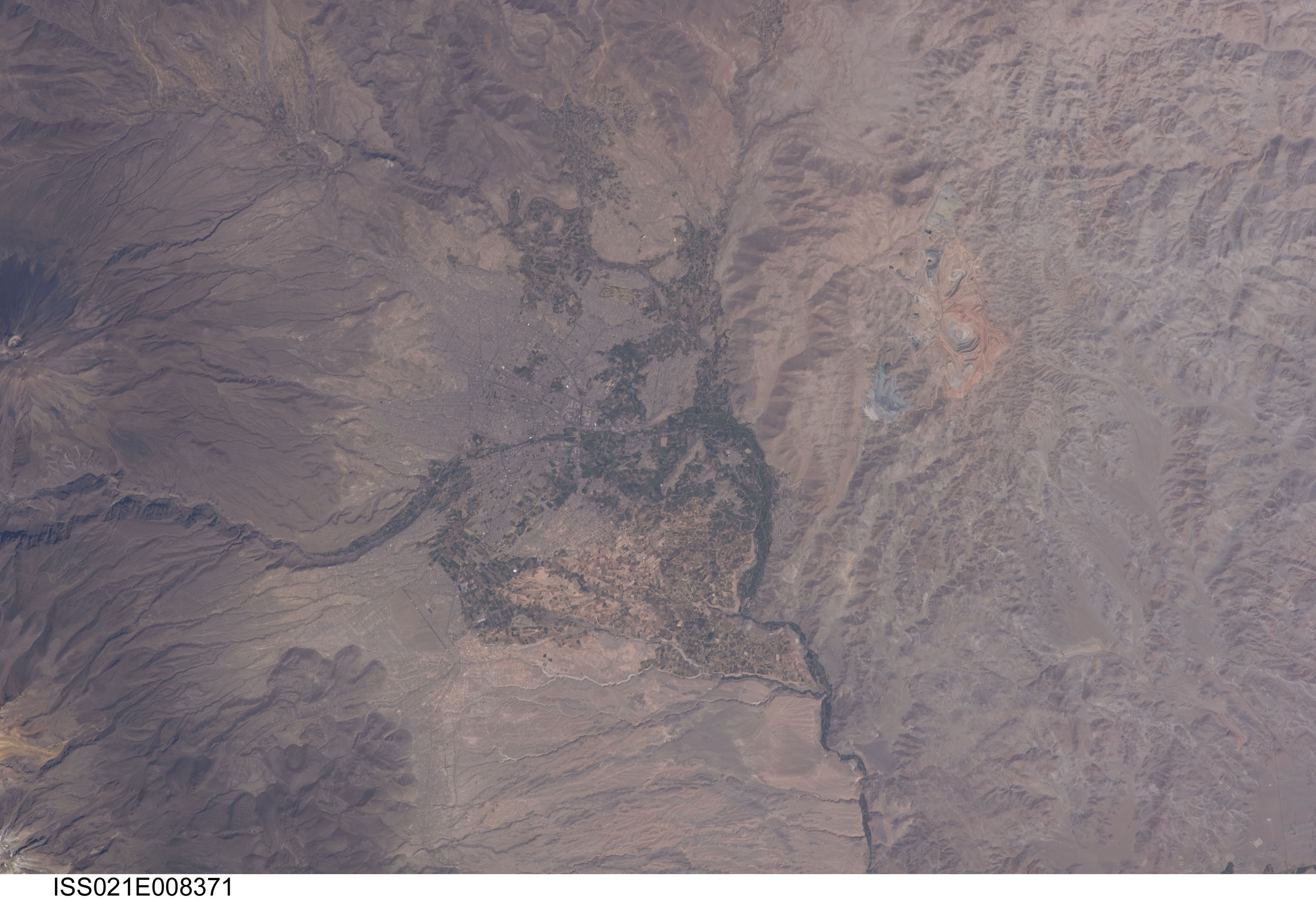 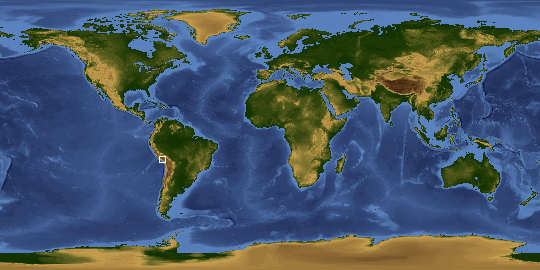 Several Latin American cities have grown up on the flanks of active volcanoes. This astronaut photograph illustrates the proximity of the 5822 meter-high El Misti volcano (image left) to the city of Arequipa, Peru (image center). The symmetric conical shape of El Misti is typical of a stratovolcano - a type of volcano characterized by interlayered lavas and products of explosive eruptions, such as ash and pyroclastic flow deposits. Stratovolcanoes are usually located on the continental crust above a subducting tectonic plate. Magma feeding the stratovolcanoes of the Andes Mountains - including El Misti - is associated with ongoing subduction of the Nazca Plate beneath the South American Plate. El Misti's most recent - and relatively minor - eruption occurred in 1985.

The city center of Arequipa, Peru lies only 17 km away from the summit of El Misti; the gray urban area is bordered by green agricultural fields (image center). With almost 1 million residents in 2009, it is the second city of Peru in terms of population. Much of the building stone for Arequipa, known locally as sillar, is quarried from nearby pyroclastic flow deposits that are white in color. Arequipa is known as "the White City" because of the prevalence of this building material. The Chili River extends northeastwards from the city center, and flows through a canyon (image left) between El Misti volcano and Nevado Chachani to the north. Nevado Chachani is a volcanic complex that may have erupted during the Holocene Epoch (approximately 10,000 years ago to the present time) but no historical eruptions have been observed.