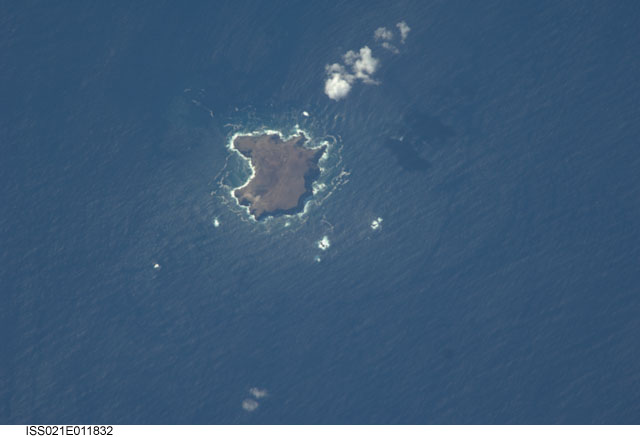 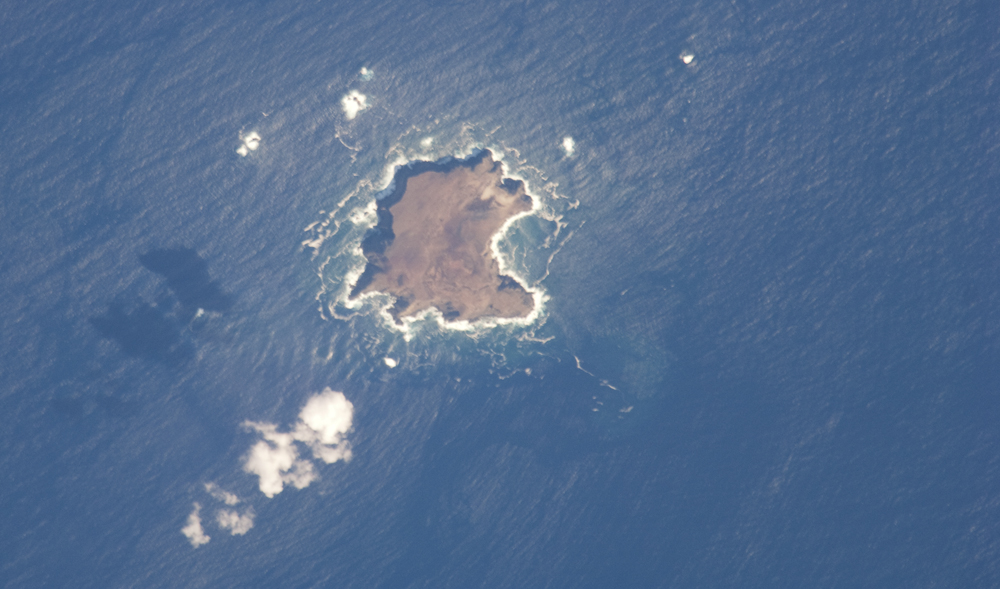 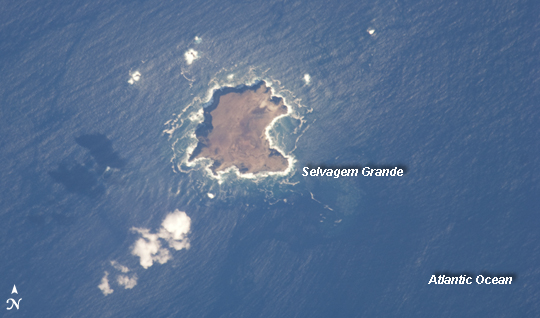 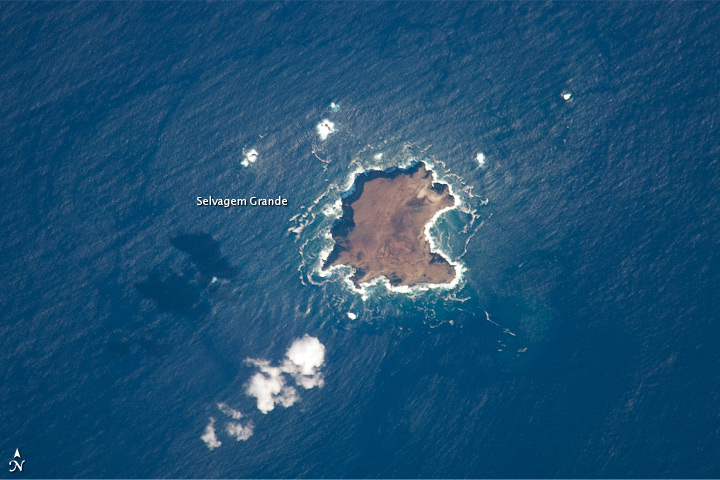 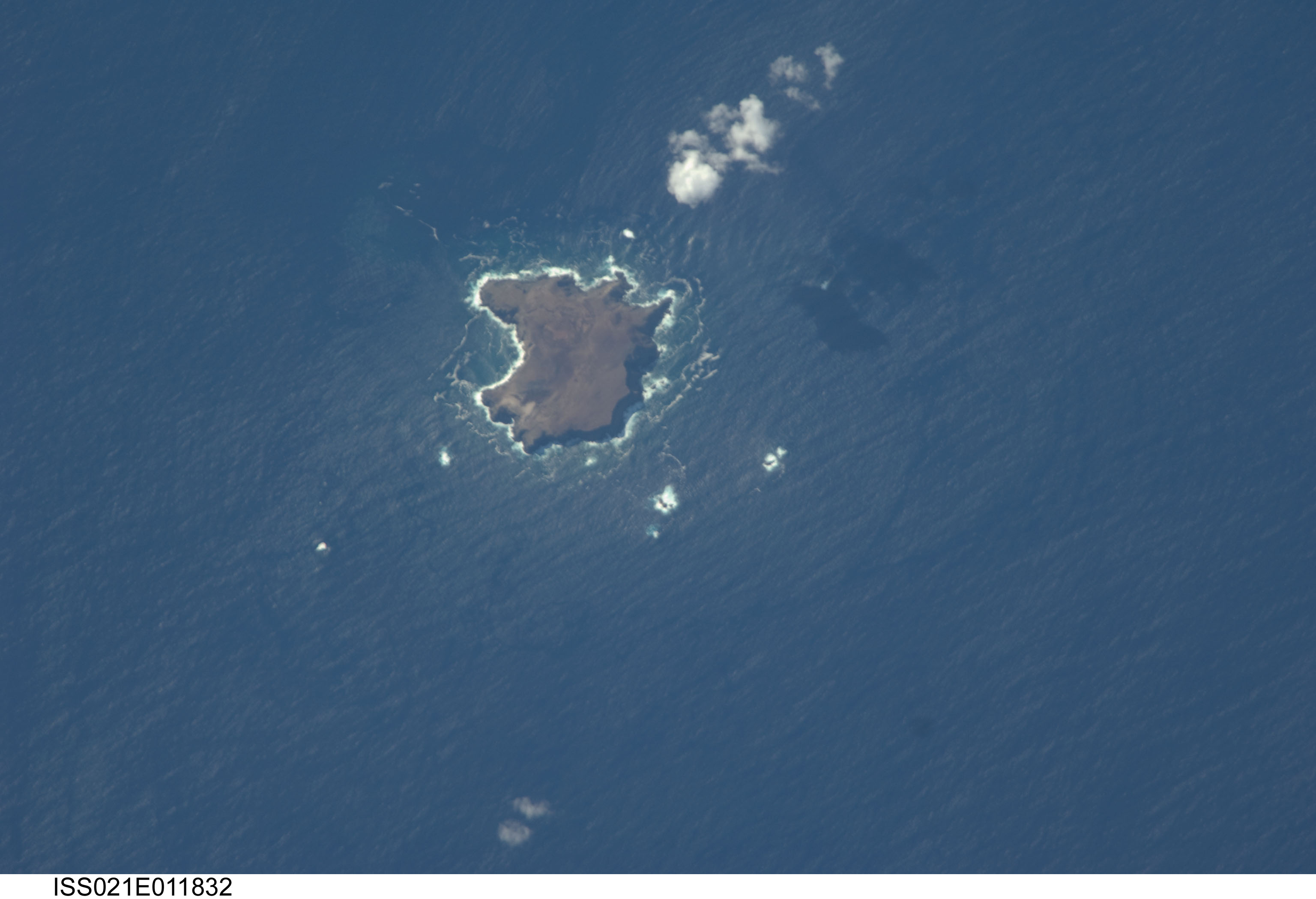 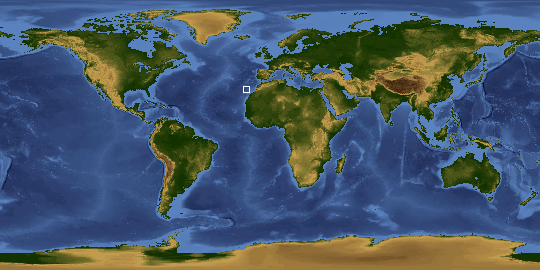 The Savage Islands, or Ilhas Selvagens in Portuguese, are a small archipelago in the eastern North Atlantic Ocean between the archipelago of Madeira to the north and the Canary Islands to the south. Like these other island groups, the Savage Islands are thought to have been produced by volcanism related to a mantle plume or "hot spot."

These two astronaut photographs illustrate the northern (top) and southern (bottom) Savage Islands. The two views were taken 13 seconds apart from the International Space Station; the geographic center points of the images are separated by about 15 kilometers. Selvagem Grande, with an approximate area of 4 square kilometers, is the largest of the islands. The smaller and more irregularly-shaped Ilheus do Norte, Ilheu de Fora, and Selvagem Pequena are visible at the center of the lower image. Spain and Portugal both claim sovereignty over the Savage Islands.

All of the islands of the archipelago are ringed by bright white breaking waves along the fringing beaches. Reefs that surround the Savage Islands make it very difficult to land boats there, and there is no permanent settlement on the islands. The islands serve as nesting sites for several species of seabird including petrels and shearwaters, and they are included on the tentative list of additional UNESCO World Heritage Sites.