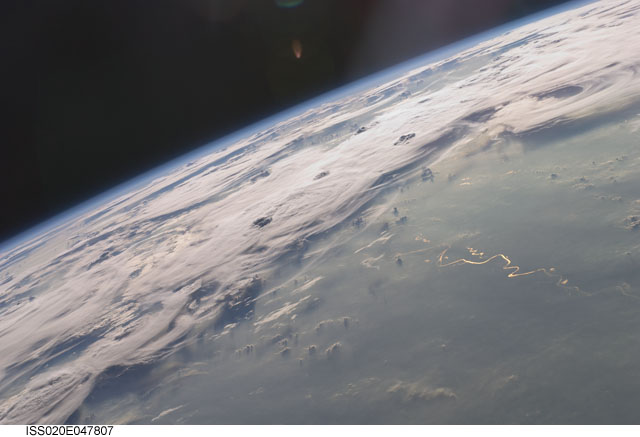 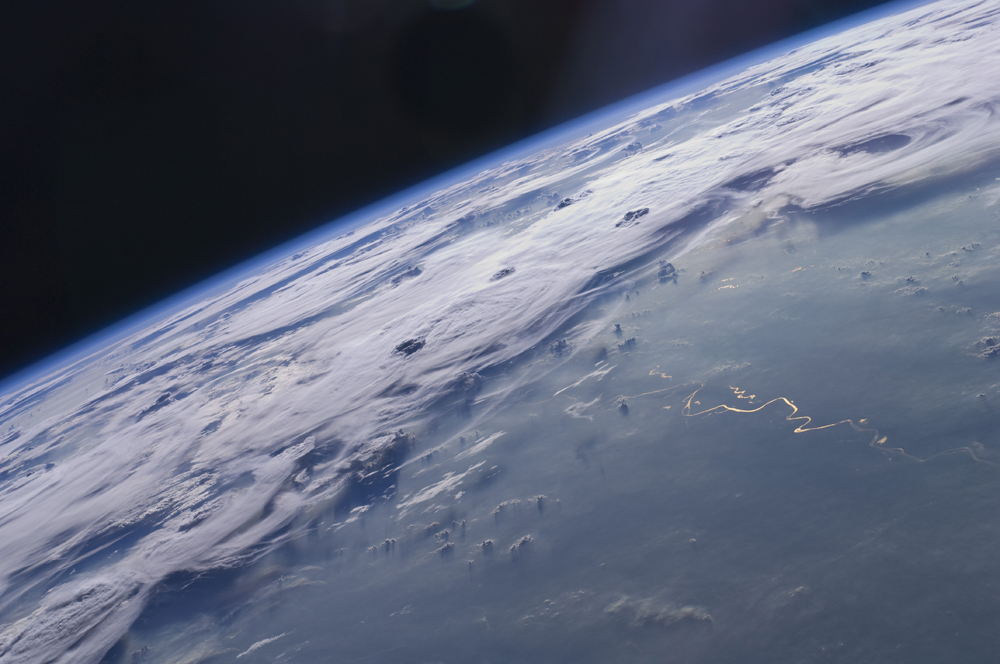 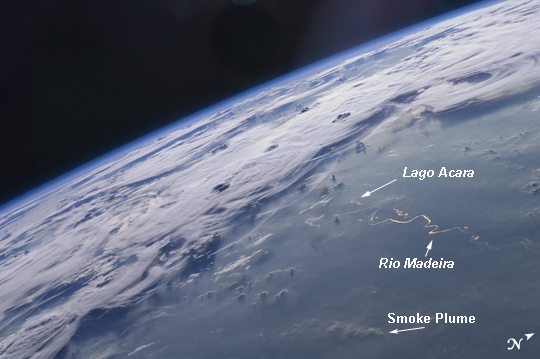 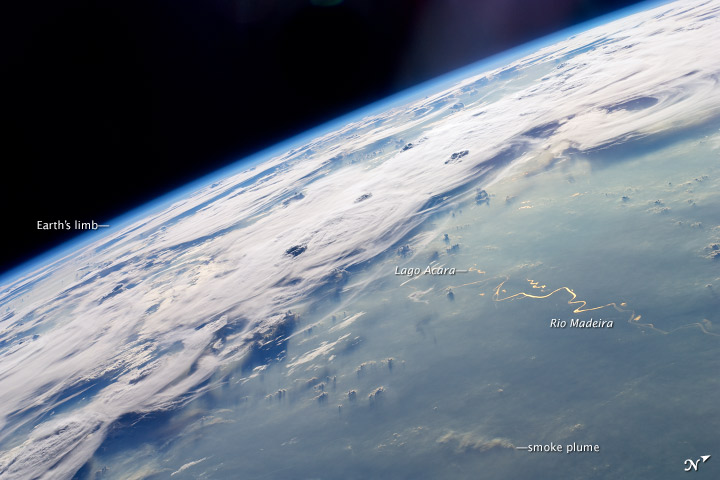 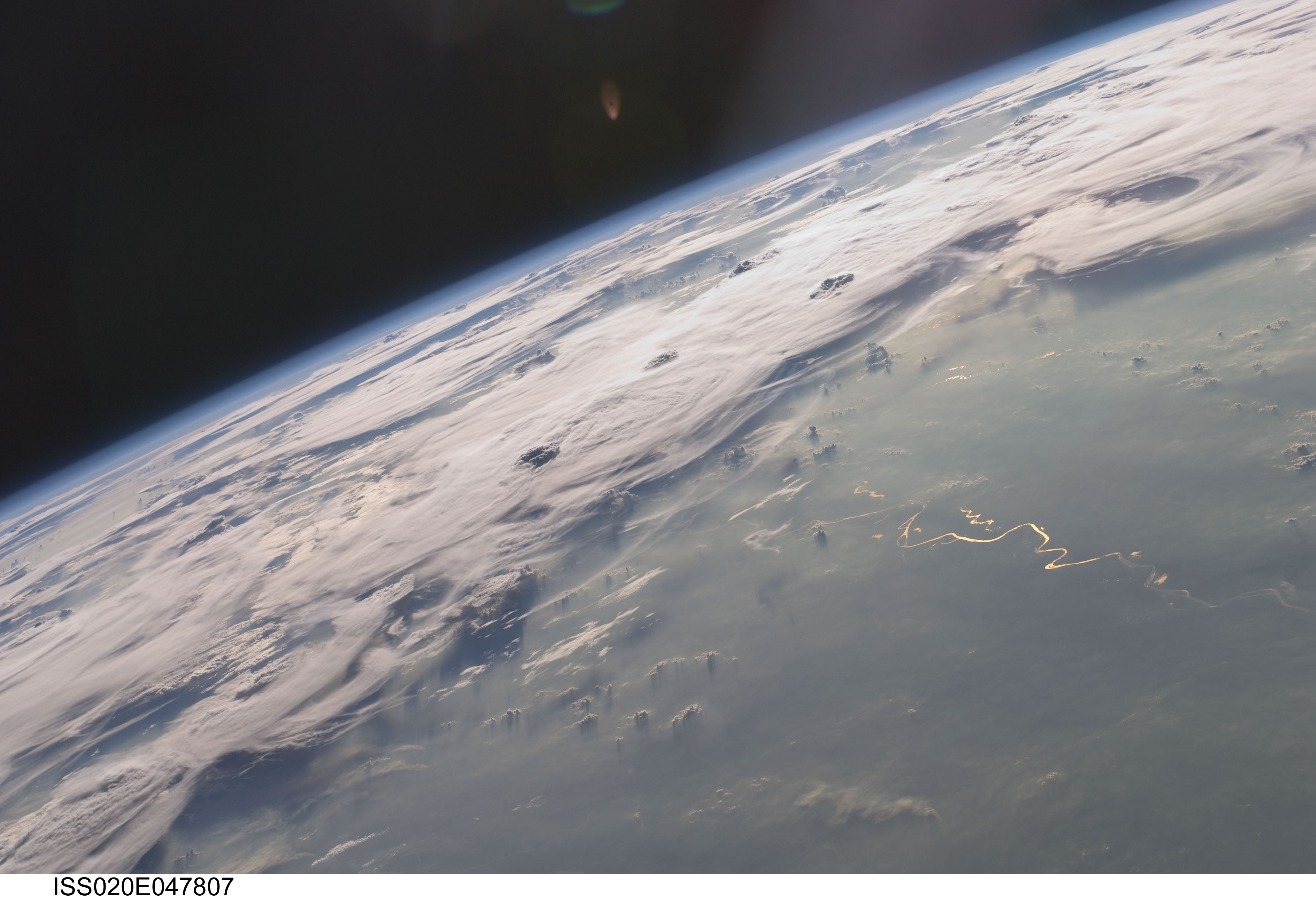 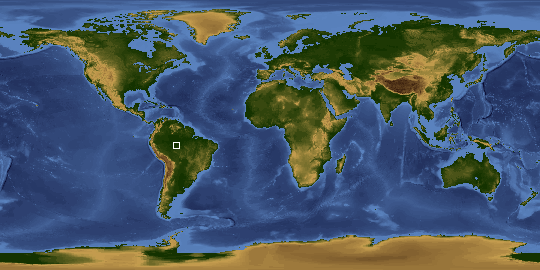 A picturesque line of thunderstorms and numerous circular cloud patterns filled the view as the International Space Station (ISS) Expedition 20 crew members looked out at the limb (blue line on the horizon) of the Earth. The region shown in the astronaut photograph (top image) includes an unstable, active atmosphere forming a large area of cumulonimbus clouds in various stages of development. The crew was looking west-southwest from the Amazon Basin, along the Rio Madeira toward Bolivia when the image was taken.

Sunglint--the mirror-like reflection of sunlight off a water surface directly back to the camera onboard the ISS--is visible on the waters of the Rio Madeira and Lago Acara in the Amazon Basin. Widespread haze over the basin gives the reflected light an orange hue. The Rio Madeira flows northward and joins the Amazon River on its path to the Atlantic Ocean. A large smoke plume near the bottom center of the image may be one source of the haze.